First off, I just want to say a huge thank you to everyone that came out to the Rhymesayers Haiti Benefit show last Tuesday.  In total there was over $30,000 raised!!!  SO proud to see our city and scene stand up together and contribute like that.   It was a beautiful evening.  Also, Saturday’s show at Sauce was nutz.  Another sell out, and a wonderful time had by all.  Maybe I just haven’t been going to as many shows lately, but that epic impromptu freestyle session at the end was great to see.  Hopefully there will be some more video footage of it popping up soon.  Overall, a great week for rap shows.

Now for some heavier news.  Yesterday morning my Gramps, Harvey “Guts” Mader, passed away at the ripe old age of 94.  I honestly thought he might just outlive us all.  He was an incredible man who will be missed greatly and remembered always.  I just wanted to relay a few random memories of him that will always make me smile, while they’re still fresh in my head.

– The man loved soup.  It did not matter what type of restaurant we went to, soup was gonna be had.  At the end of a long day, he would regularly take the newspaper and a bowl of soup into the bathtub and take a bath while enjoying both.  Unbelievable.  As a kid I thought this was the single most awesome thing a person could do.   I tried it several times.  It rules.  I highly recommend you give it a shot sometime.  To this day I think it must be the reason that I love soup so much myself.

– When he turned 90 we planned a huge surprise birthday for him in Chicago with all sorts of friends and family from all over the country.  When he walked into the huge banquet room and we all jumped up to surprise him, his pants fell down completely to the floor.  Ha!  I’m talking some America’s Funniest Video grand prize winner video if I can find it.  Hilarious.

– He spent the majority of his life completely immersed in politics and registering people to vote.  It was his passion.  He helped on numerous campaigns in Chicago.  Him and my Grandma would even come up and stay with us every time Wellstone was running for election to help out at his offices.  Just last year after Obama won, Gramps got an invitation from the Democratic Party to attend the inauguration.  And so at 93, his caretaker drove them from Chicago to D.C. to be a part of history.  They even sat him next to the Tuskegge Airmen, as a World War II vet.  Such an amazing exclamation point on a life devoted to bringing about political change.

Absolutely as legendary as they come.  Love you Gramps.  Rest in peace. 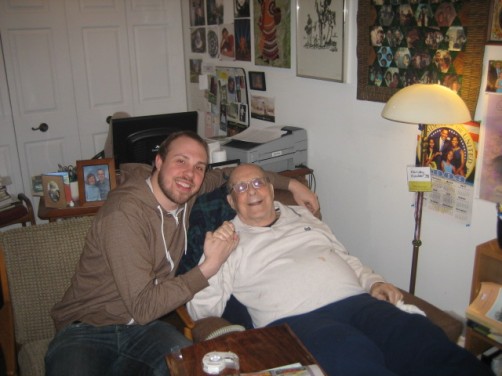 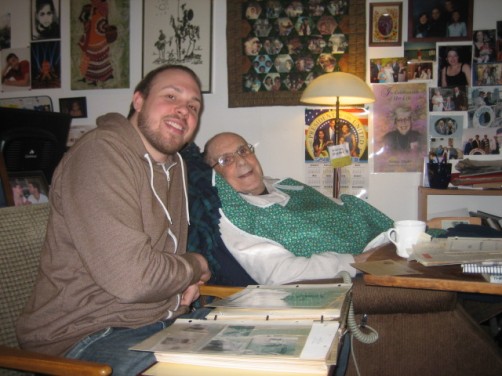 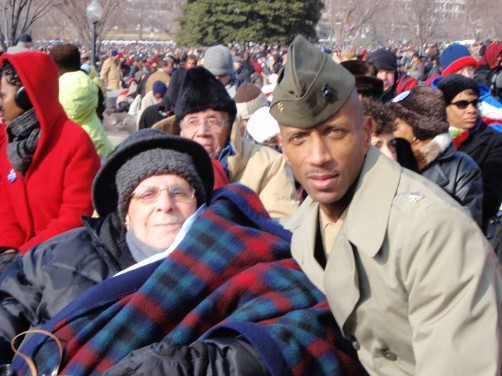