The Doomtree art show is this Saturday!  I don’t know a whole lot about art shows, but based off what I’ve seen contributed to this event so far, I am willing to bet this may be up there with the greatest art shows of all time.  Seeing as my predictions about the NBA Finals and Drake’s first week sales were both right on the money, I’m feeling pretty good about my odds.   Here are the details:

We will be displaying tons of art that has gone into various Doomtree albums, posters, flyers, shirts, etc. as well as a bunch of never before seen stuff by each member of the crew.  So excited to see my MPC on a glass encased pedestal.  Seriously, if you’re in the Twin Cities this one is not to be missed.  We’re gonna play some songs too so get there early.

We will also be unveiling a few new items available for the first time.  Paper has been hard at work putting together this awesome Doomtree mega mix craziness called “Standards” that has a ton of our best acapellas and instrumentals mashed up like crazy.  There will also be new posters and shirts, plus our first ever foray into skateboards and koozies.  Check it out: 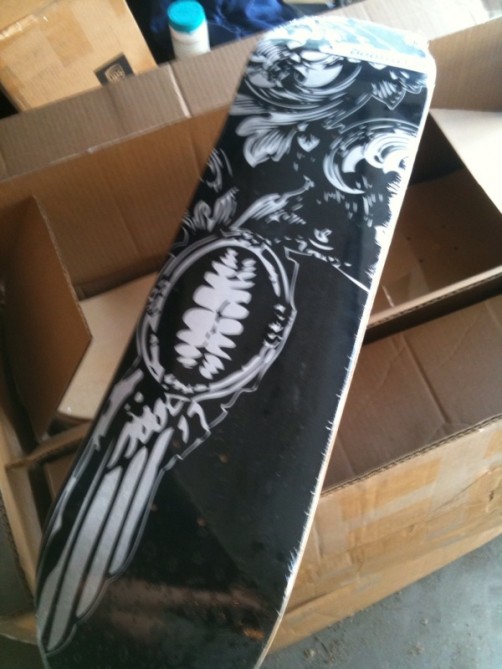 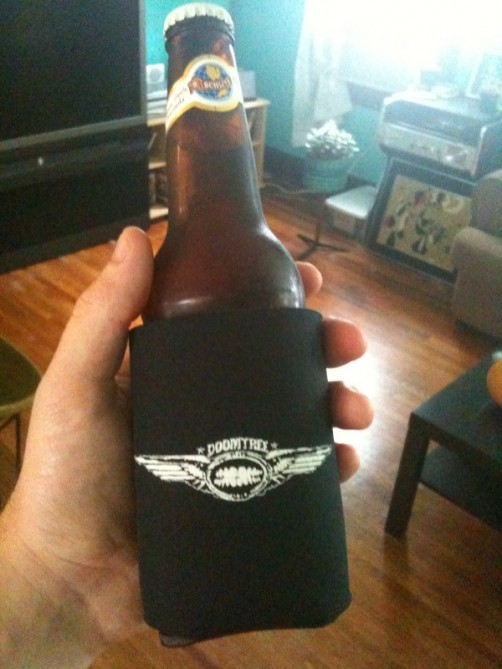 Everyone here is hard at work getting the gallery ready to go, so this week’s post is gonna be a little short.  Below are a couple random pictures I took last week.  The first one is of a car I was driving next to last Tuesday, which happened to be Tupac’s birthday.   Usually I’m not a huge fan of super flashy rides (being the Camry man that I am), but you cannot deny this Dear Mama SUV. 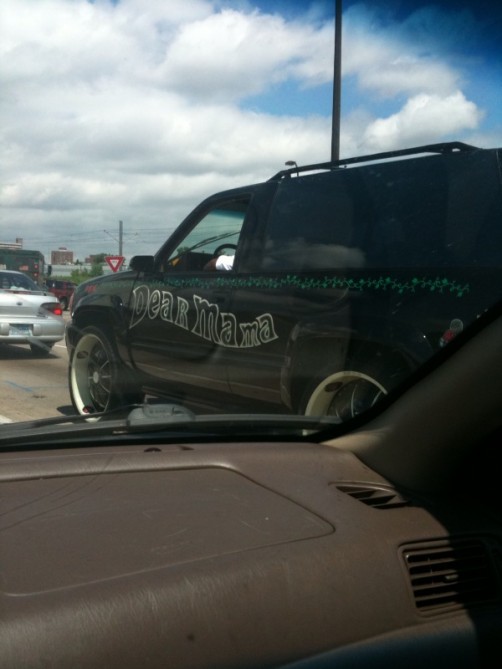 It’s hard to see, but inside the wheels there are pictures of this dude’s mother’s face.  Too awesome.  Great tribute to moms everywhere (and Tupac).  This next picture my homie Juan took at game seven out in LA.  I cannot begin to explain how entertaining that whole series was, and even though I was pulling for the Celts I couldn’t be happier for Ron Artest.  I’m assuming this picture was taken minutes before everyone decided to burn the city to the ground. 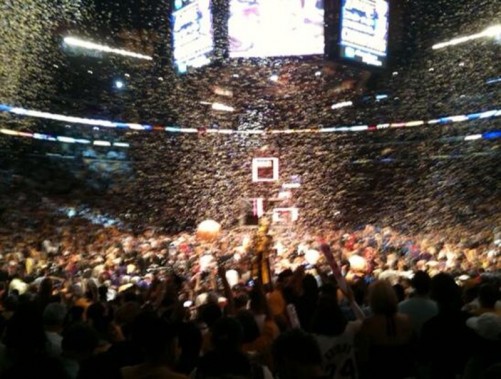 In honor of Ron Artest I have posted below the video from his post game press conference, after he single handedly won game seven for the Lakers.  This has to be up there as the one of the all time best.  “Hey people with the laptops, acknowledge me please!”

So triumphant.   Just as good as KG screaming “ANYTHING IS POSSIBLE!!!!” a few years back, plus Artest’s new “Champions” song isn’t even half bad.

Below is the Bonus Video Jam of the week.  J. Cole is gonna be putting out his debut album sometime very soon and this is the first video and single off of it.  To be honest, when this song first came out I thought it was a dud.  It has grown on me quite a bit though, and now with this awesome video it bangs ten times harder (good lookin out Dave).  Really looking forward to this record.  Hopefully he can pull off the major label thing and not put out a whole bunch of garbage like B.O.B. did.

Hope to see a bunch of you at this art show on Saturday.  It will be glorious.  Next Tuesday for sure though.