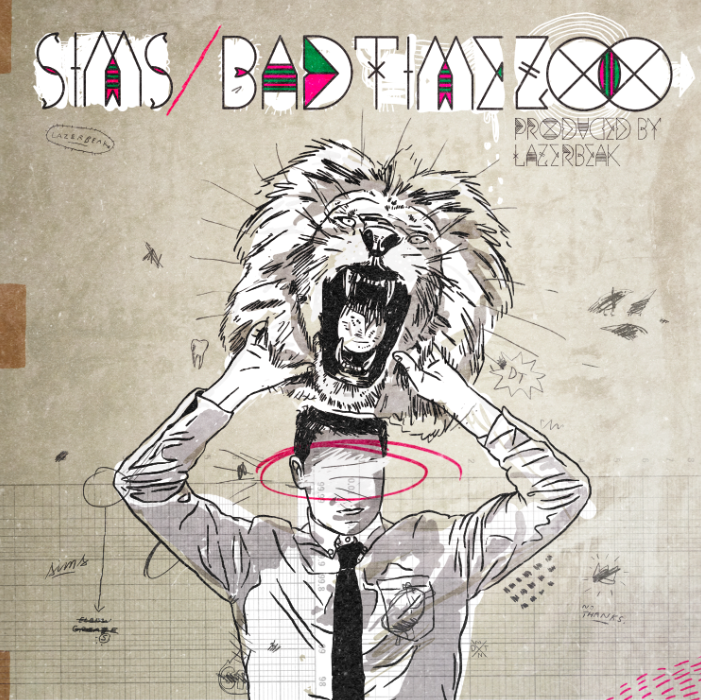 I’m proud to announce that the Bad Time Zoo vinyl pre-order has officially begun!  Our good friends over at Modern Radio (who have over a decades worth of experience in the vinyl game) are helping us put it out this time around, and you can go right HERE to place your pre-order directly through their webstore.  The first 50 people who place an order will get a sweet BTZ branded boxcutter (same as the CD pre-order), two bonus tracks (same again), as well as a few custom BTZ buttons that we’ll be bringing out on the road with us on our upcoming west coast tour.  This release is a double gatefold LP and is limited to a one time pressing of 500.  Every record will come with a free digital download card as well, for all you iTunes enthusiasts.  Orders will be shipped out at the end of the month.  Again, you’re gonna wanna cop that thing right HERE with a serious quickness. 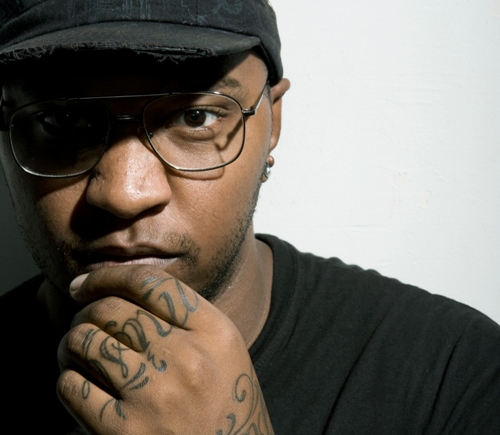 In other news of the awesome variety, P.O.S just recently made an official remix to the new TV on the Radio single “Will Do.”  We’re all pretty huge TVOTR fans over here, so it was great to see Stef get to take a crack at it.  He killed it dead.  Vulture premiered the remix last week, and you can listen to it in all of it’s glory right HERE.  TV on the Radio’s new full length Nine Types of Light is in stores today as well.  If it’s anywhere near as good as the last album they put out, then I’m sure you’re in for a treat.

In crew record news, we continue to stack up these beats.  The collaborative process has been awesome, and the couple new tracks we kicked out last week have me really excited for the musical direction this thing is headed in.  We also picked up a new preamp last week so that we can track vocals more easily from the comfort of our own homes.  Here is Stef, ever the handy man, using a power drill to make sure that thing doesn’t go anywhere. 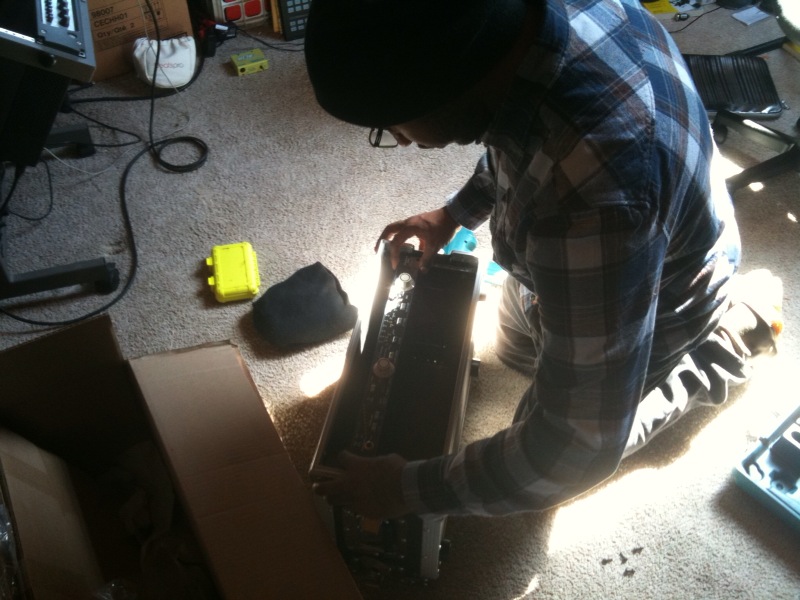 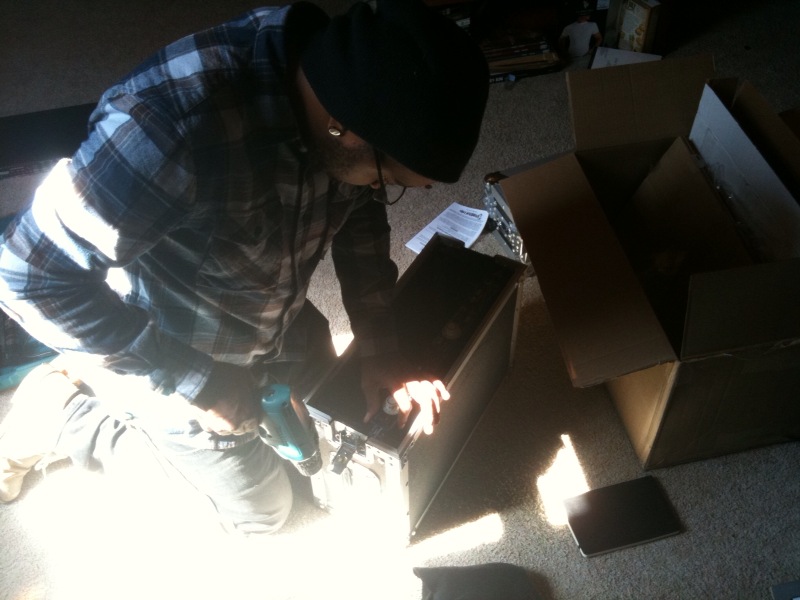 I got to catch two great shows over the weekend, the first a little wilder than the second.  On Friday night my good friend Dave called me and said he was in town from LA for one night to catch his friend’s DJ gig at Epic downtown.  At the time I didn’t really know what I was getting into.  Turns out his DJ friend is Steve Angello from Swedish House Mafia (big time house music producers/DJs).  I’ve never really listened to house music much and completely missed out on the rave scene during highschool, so I was pretty clueless as to what these types of shows looked like.  Unreal is the only way I know how to put it.  I met up with them at their hotel a little before midnight and a car service rushed us to the back of the nightclub, where security then escorted us through a series of pitch black corridors and mazes (think Goodfellas).   Finally we arrived at a single door, and when we walked through it we were right on stage in front of a packed house of sweaty dancing crazy people.  Haha, what the hell is going on?  At this point they walked us over to a table right off of the stage, and this dude Steve proceeded to rock the entire place for two straight hours like it was nothing!  I’m talking halftime show calibre floor to ceiling fog spraying cannons, massive amounts of confetti, insane seizure inducing light backdrops, and about a dozen real airhorns.  The whole nine.  Check this out: 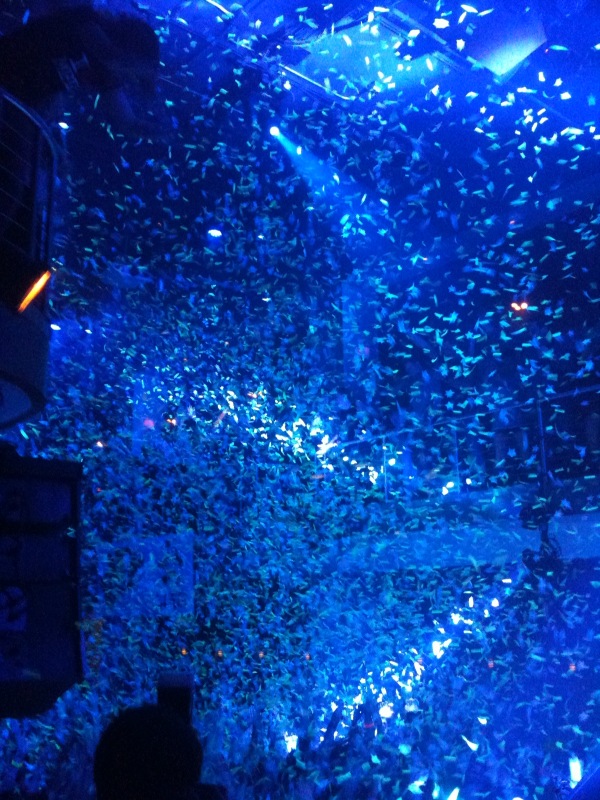 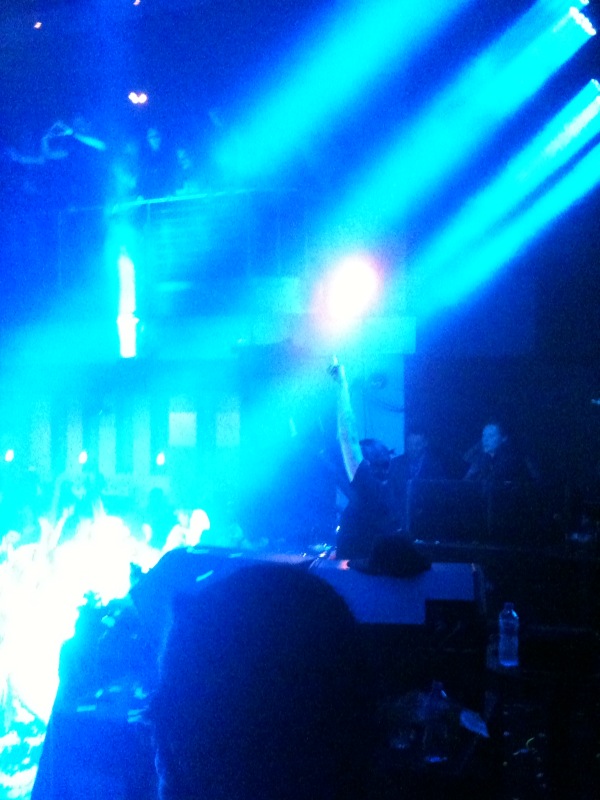 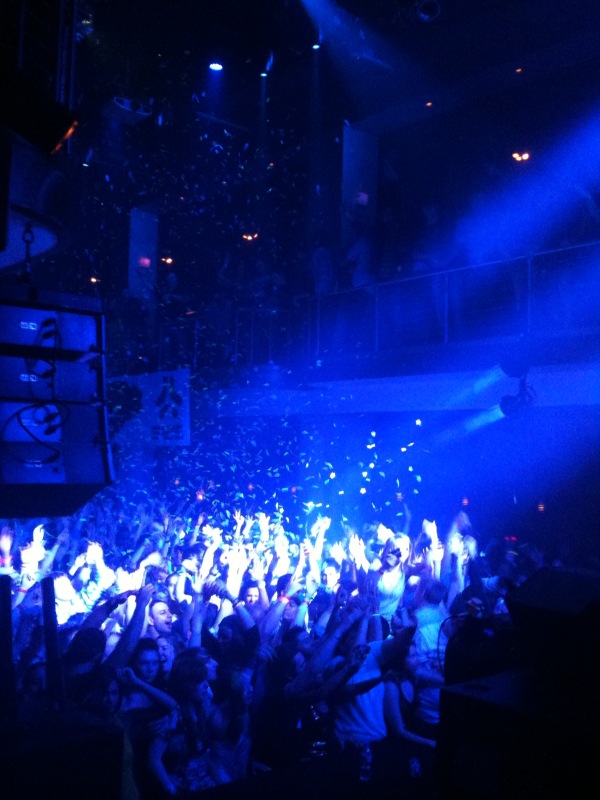 Hahaha!!!! Yes!!!  The music was louder than any rap show I’ve ever been to.  I’m talking (what little is left of my) hair bouncing all over the place, and that crazy feeling you get in your chest when the bass is cranked super high all night long.  And while I imagined this music to just sound like the generic boots and pants and boots and pants unce unce unce that you see in movies, this guy actually ruled super hard!  Most of the tracks were his own productions, and some of the tones he was creating were on a serious ‘nother level.  Plus the transitions and breakdowns between tracks were on some real deal arena rock vibe.  No, I was not on any mind altering drugs either if you were wondering (although I did drink a little bit of Jag for the first time in several years, which could potentially have something to do with it).  Here’s a quick couple videos I grabbed to give you an idea of what we were working with.  You should really click these:

Anyways, for a rap/indie rock dude who had never attended anything close to that, I was completely floored.  Huge shouts to Dave and Steve for the incredible hospitality and for showing me something completely different than I’m used to.  These indie rap shows might need to step there game up a little (us included).  If anymore dates on this US run of the Size Matters Tour roll through your town I would definitely recommend checking them out.  Not saying I’ll be bumping this stuff out of the Camry anytime soon, but being in the midst of it was pretty awesome/surreal.  I’ll never forget it.

Ok, Ok.  Thank you for indulging me and my long house music rant.  On Saturday I went  to go see the ultimate homie F. Stokes play at the 400 Bar.  It had been awhile since I’d seen the dude, and I was instantly reminded of what a special live show he has cultivated over the last couple years.  Won’t bore you with too many details, but let’s just say that anyone that can get an entire crowd to sit down in silence on a very filthy floor for an entire song, then get them all to stand up and put their hands into a circle for an on the count of three sports style chant at the end of the performance is doing one hell of a job.  I strongly believe that if Stokes ever retires from the rap game, he will have no problem finding work as either a camp counselor, drama coach, theatre teacher, or motivational speaker.  I may be a little biased I guess.  After all we did put out an album full of classic heaters together awhile back that you can (and should) purchase from the webstore right HERE (bam! got you with the shameless self promotion).  Here is a pretty bad picture I snapped at the concert, and below that are the videos for “Blessings,” “So Into U,” and “Jeremiah,” all off of said album and produced by yours truly.  Seriously, this man speaks the truth.  I will be riding for/with him til the end. 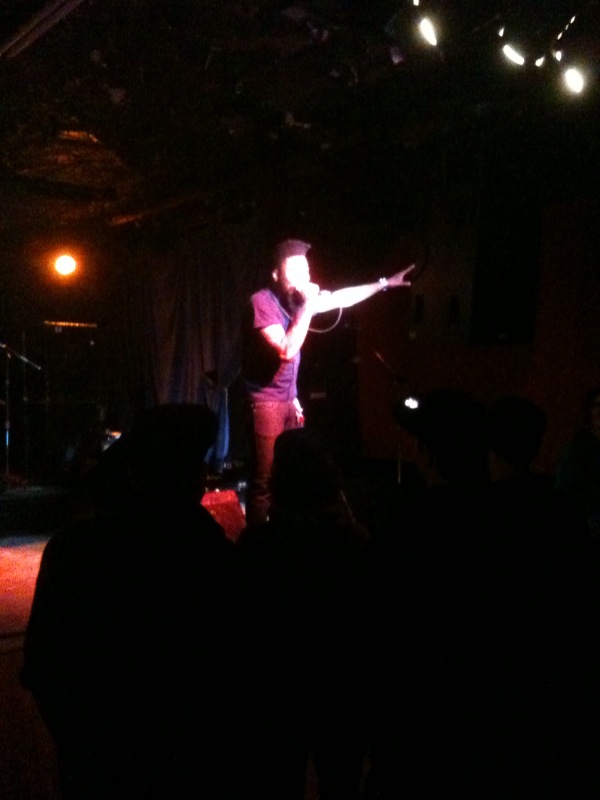 I’ll leave you with a special Bonus Mixtape Jam that I’ve been getting into as of late.  It comes courtesy of this Jersey producer by the name of Clams Casino.  I guess he’s involved with Lil B and that whole Based movement coming out of the Bay Area right now.  I have to admit to still not knowing a whole lot about that scene yet, but these type of beats sound an awful lot like zoned out Enya remixes with super chill lo-fi rap drums and synths on top (in a really good way though, for real).  Recently Clams Casino put out this free download called Instrumental Mixtape with (you guessed it) a bunch of instrumentals from those songs, and all week I’ve been rocking them in the Camry and while out walking the dog.  Perfect springtime jams!  You can get the mixtape for free right HERE.  In a way I’d almost compare this stuff a little bit to Paper Tiger’s excellent last album Made Like Us (which you can get right HERE, bam! got you again) as far as all the vocal sample chops and overall awesome laid back vibe.  I highly recommend checking this stuff out, and I usually don’t even like instrumental rap albums so that’s really saying something.

Well there you have it, another Tuesday down.  I hope you have a great week.  See you next Tuesday for my last post from home before Dessa, Sims, and I hit the road on what is sure to be a ridiculously fun west coast tour (seriously, go get your tickets HERE, haha).  Later.