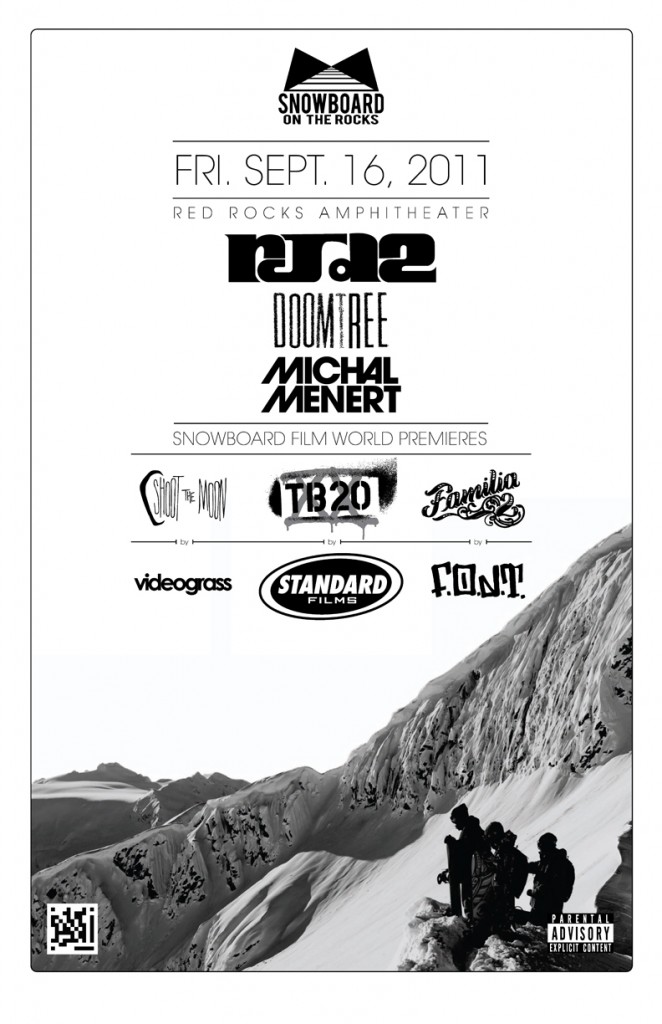 SNOWBOARD ON THE ROCKS

Denver, CO, July 11, 2011 – The 2011/12 snowboard season kicks off at Red Rocks once again. Snowboard on the Rocks is back with an even more outstanding line up of world premiere snowboard films and live performances. This year’s event will be jam packed with entertainment, professional snowboarders available for autographs, and tons of free giveaways.

To view video from last year’s event go to: http://www.snowboardontherocks.com/video2010