HUUUUUUUUUGE NEWS DAY. It brings me great joy to announce that Paper Tiger has just liberated the third installment of his four-part In Other Words EP series!!!

YESSSSSSSS! And on this very special day, who better to tell you all about the new project than Paper himself. Take it away, Papes!

“Hey guys, it’s been a little bit since we have talked, so sorry about that. But I am here now because today the third installment of my current project In Other Words is available. I am totally feeling this one, hope you do too. It’s a little darker (just like my soul in February). These four tracks here are perfect for late night ice skate dancing, winter drag races, not going outside ever, and eating hot sauce straight from the bottle. I have also put together a few records here that I was thinking about a lot when making these songs, my influences run deeeeeeep. 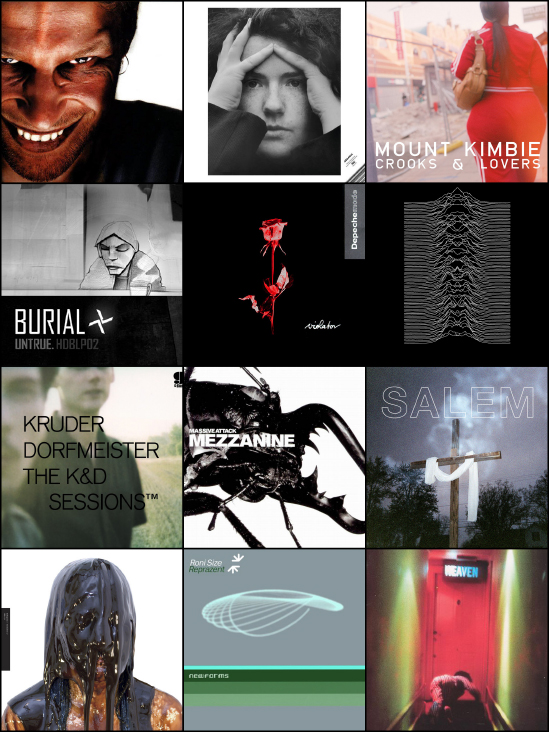 So there it is, Part Three, available all the places music is. Thanks so much for checking it out. I’ve included the first two EPs below as well. I’m finishing the fourth and final installment now so check for that later this year. Once again huge shouts to my family and friends that helped me get all of this done: Beak, Dessa, Aby, Jessie, Vance, Joe, Bruce, and Diana.

And while I’m here I’m going to take over the Bonus Jams for the week. I’m not as good as Beak at staying on top of the most recent releases, but here are a few songs that got me through this week. Always late to the game, I just started getting into the band Cymbals Eat Guitars, but this new track I think is my favorite of all their stuff. It sounds like my haircut in 1999.

I waited so long for the next Avalanches record but it was so worth it. This was the late summer anthem and is still stuck in my head once a week.

The new single from the upcoming Future Islands record sounds great, love these guys so much.

Ok. That is all for this week, I hope to talk to all again very soon.

BINGO BANGO! Thanks, Papes. Absolutely crushing it. It’s Beak back now for a quick final update. I couldn’t dip out of this post without sharing these two new fantastic Doomtree-related videos that dropped last week. First up we’ve got some awesome vizualz for P.O.S’ monster “Bully” track off of the recently released Chill, dummy album. The video was directed by our good friend Adam DeGross and features Stef, Rapper Hooks, and Moncelas Boston running all over Minneapolis. Check out the black-and-white clip below and help us get the word out with all your peoples. MAKR on the beat!

Speaking of good friends (SEGUE!), our homies ShowYouSuck and The Hood Internet, collectively known as Air Credits, just dropped a video for their recent collaboration with Sims off the Broadcasted album. The video was shot way out in the deserton a day off from the More Than Ever Tour by directors TJ Tambellini and Mike Ruggirello. Check it out below and pass it along!

BAM! So tight. Gonna head out now. Go bump that new Paper Tiger EP at ridiculously loud volumes and if you’re anywhere near the Twin Cities this Friday night, make sure to swing through Honey to catch another installment of Ander Other and Lazerbeak’s Friday Night Bonus Jams dance party series. We’ll be playing all the hits from 10pm-2am for just five measly dollars. Doooooooooooit.

Hope you all have an awesome week. See you next Tuesday for another jam-packed edition of Tuesdays With Lazerbeak!