OH YEAH!!!! Paper Tiger has just released the fourth and final installment of his In Other Words EP series which began one year ago this very month. I could not be more excited to see this project reach the finish line. Check out Part Four below and click the links above to buy or stream from your favorite platform.

Now that all 16 epic tracks have made their way out into the world, it’s time to unveil the extremely limited-edition In Other Words Physical Pre-Order. In order to commemorate this mammoth project we’ve decided to compile all four EPs into a full-length 60+ minute album, printing up 1,000 physical CDs and 1,000 double LPs to bring it all full circle. The physical records will be available everywhere on June 2nd, but you can pre-order now from the Doomtree Webstore right HERE for all sorts of crazy bonus gifts and a chance to win your very own custom Paper Tiger beat or remix (!!!!). Check out all the sweet deetz below. And remember, if you pre-order you will immediately receive a digital download of the entire In Other Words project in your inbox upon order completion. 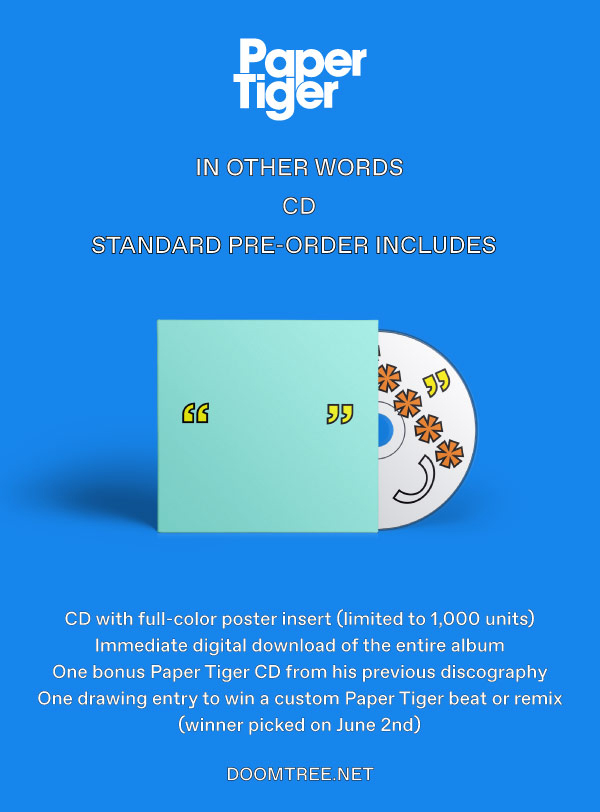 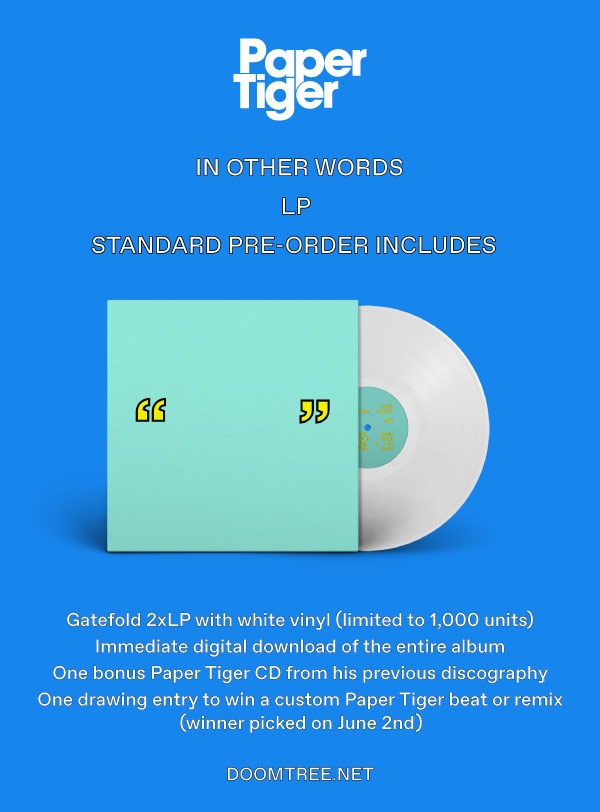 AMAZING. If you really want to do it up big though, you’ve gotta roll with the In Other Words Deluxe Pre-Order which includes one of the tightest long sleeve t-shirts I’ve ever seen. Check this out. 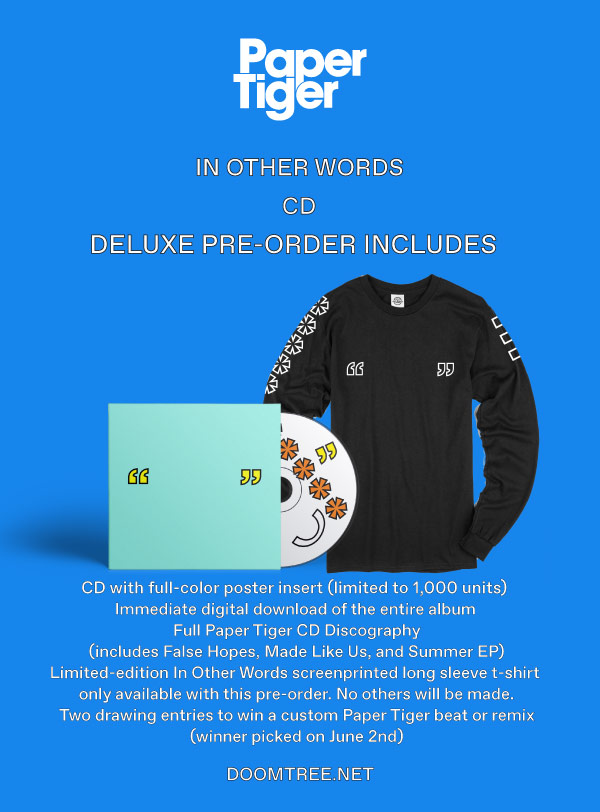 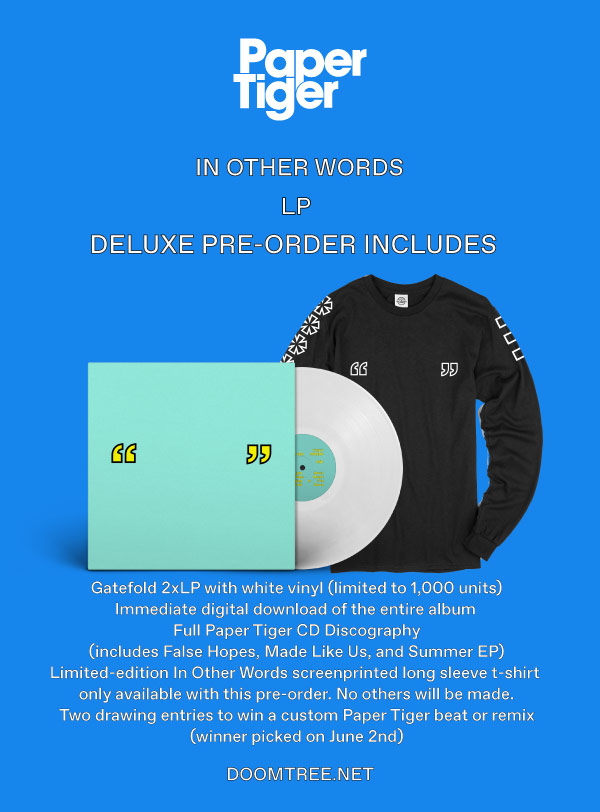 Sooooooo tight. God that long sleeve shirt is the best. Here’s a few shots of the CD and LP packaging just to give you a glimpse at how rad this thing turned out. Shouts to our best bud Vance Wellenstein for absolutely crushing the design. Again, you can grab your very own copy right HERE. 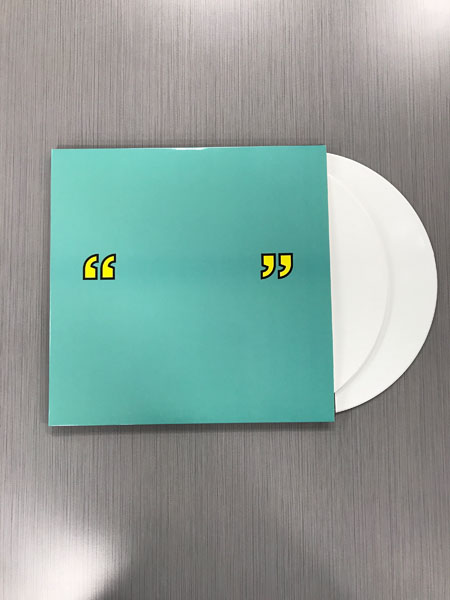 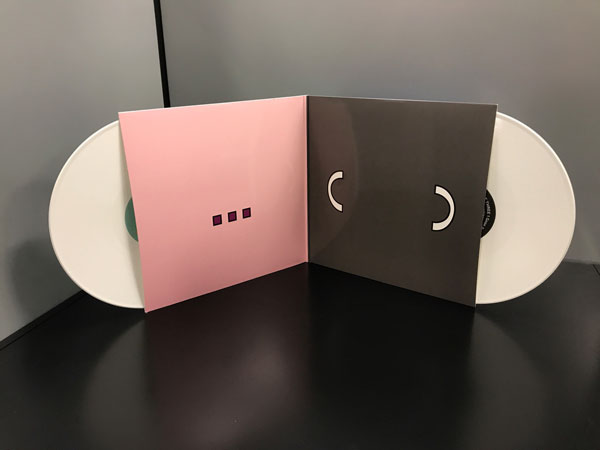 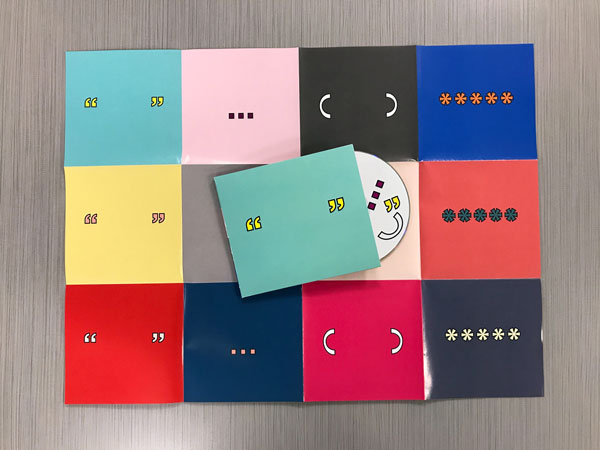 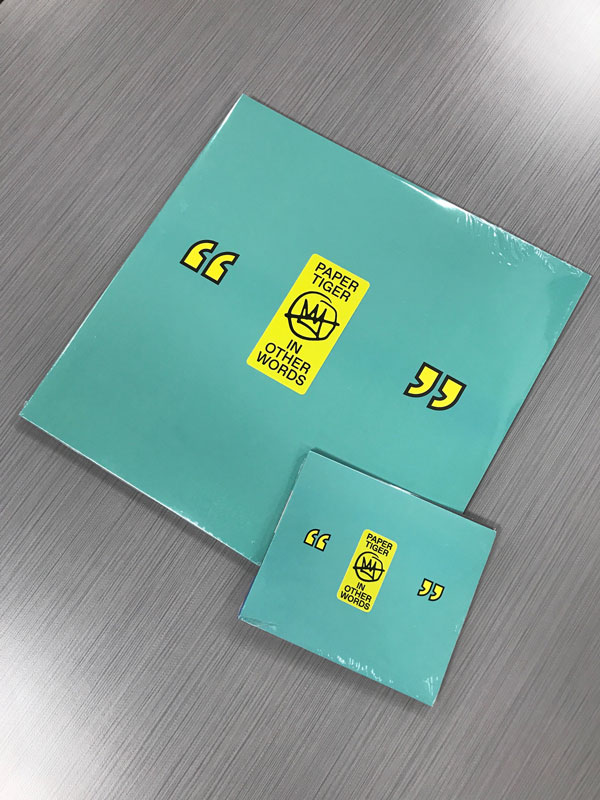 Now that you’ve been filled in on all of these glorious happenings, I’d like to hand things over to the man himself to sum up this year-long process and give a toast to the finished project. Take it away, Papes!

In Other Words is a project that came together in four parts, each release containing four songs. While stylistically drawing from a different set of influences for each release, what was consistent was the manipulation of recorded vocals from my friends Dessa, Jessie, and Aby. The idea for this record was to create songs that would typically be lyrically driven pop songs, but use voice in a way without further context than that of an instrument. While I do adore many great lyrics in songs, I have always been driven by the music first (I tried rapping once and it was horrible, so I never did it again, ask Cecil he was there).

One of the inspirations for making this record was a recording by Adriano Celentano, an Italian singer/composer who has had an extensive music career since the 60’s (not joking the guy has released over 40 albums). In 1972 he released a song titled “Prisencolinensinainciusol,” which was written to mimic the way English sounds to non-English speakers despite being entirely gibberish, because he wanted to make an “American” style pop song. The idea that he used his voice to sing but literally sang no words at all was interesting enough for me to pursue. Check it out.

I just want to thank everyone so much for taking time to check out In Other Words. This completes this project. As all four pieces are now available, we are putting everything together as a complete project here on CD and LP.

As always HUGE thank you’s to all that helped with this project: Beak, Vance, Dessa, Jessie, Aby, Joe, Bruce, Adriano and Diana.

Aaaaaaaaaand there you have it. Congrats dude. Listen to the final chapter below and make sure to grab your pre-order of the physical full-length right HERE. And if you get a second, please help us spread the word far and wide to friends, family, and strangers alike. TTTB All Day. See you next Tuesday!