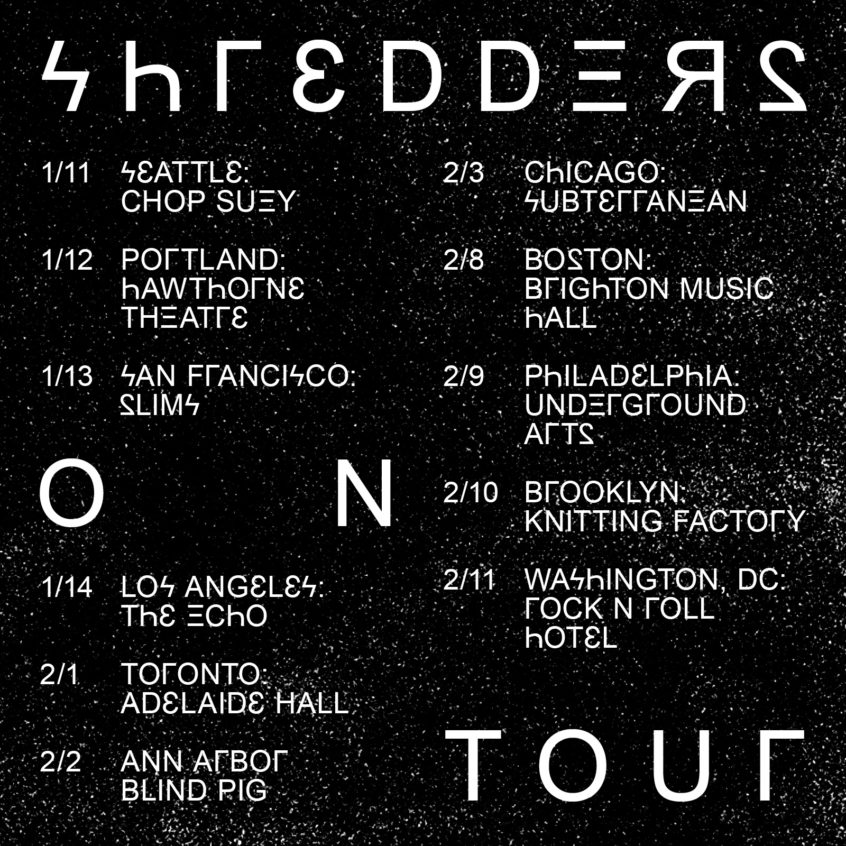 OH. MAN. Welcome back to an insanely gigantic Tuesdays With Lazerbeak. We are less than two weeks away from the official release of the debut Shredders album (new project with P.O.S, Sims, Paper Tiger, and myself), so let’s just jump right into it. Without further ado, I’d like to present you with a brand new video for our Dangerous Jumps single “Xanthrax.” You might remember this song from when DWAYNE “THE ROCK” JOHNSON premiered it on his HBO Ballers show a few months back (still can’t believe that really happened). This sweet vizual for the track was directed, shot, and edited by our good friend Adam DeGross. Big shouts to Robert Henry for the glitch effects as well. Check it out below and please share it with the world if you get a second today.

So rad. On top of that, I’m thrilled to say that Shredders will be hitting the road a bit next year. We just announced a bunch of major market shows throughout the US this January and February, with more to come. Check out all the dates below. Tickets will officially go on sale this Friday the 27th at 10am local time and you can grab them all right HERE. 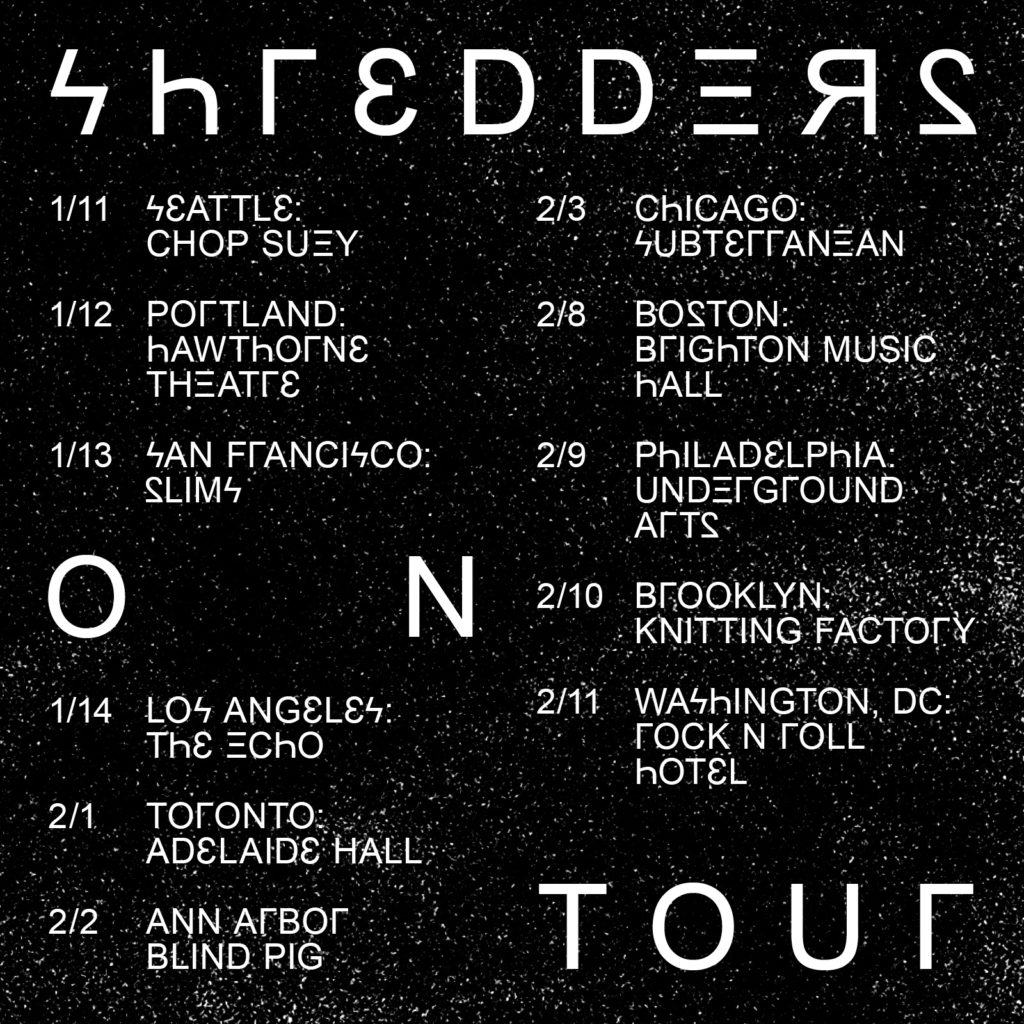 We also announced a huge Shredders hometown show taking place in December. The Brothers Shred will be performing with the Legend Gods Run The Jewels at Go Radio’s annual Snow Show at Myth on December 3rd. This is guaranteed to be one for the ages. Grab your tickets right HERE. 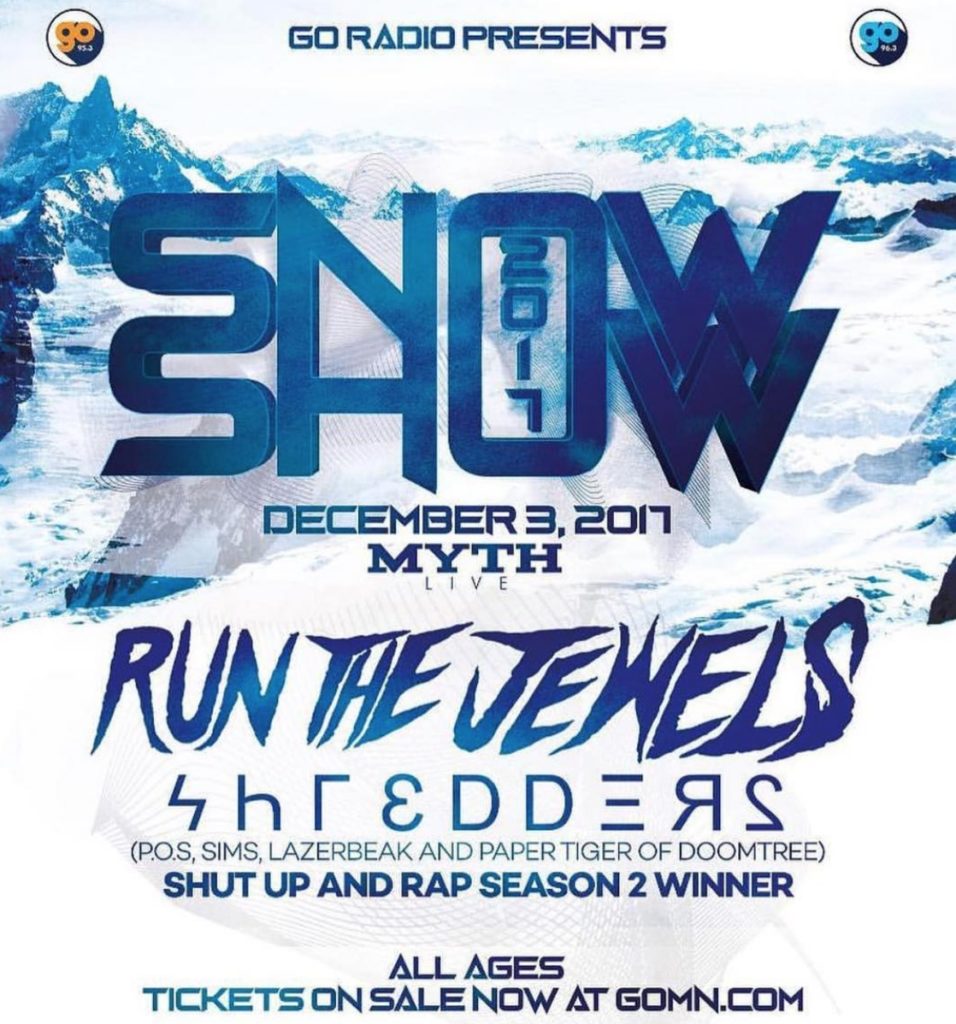 The Shredders pre-order goods keep coming in this month. Here’s Sims and myself showing off the one-of-a-kind shirts that come with the Deluxe Pre-Orders. These things are even more neon in real life and are only being made for this pre-order. Don’t forget that every deluxe pre-order will also get a signed copy of the album from Sims, Stef, Papes, and myself. One of those copies might even be signed “Jim”. Grab your Deluxe Pre-Order right HERE. You’ve got until Friday night to ensure early shipping. 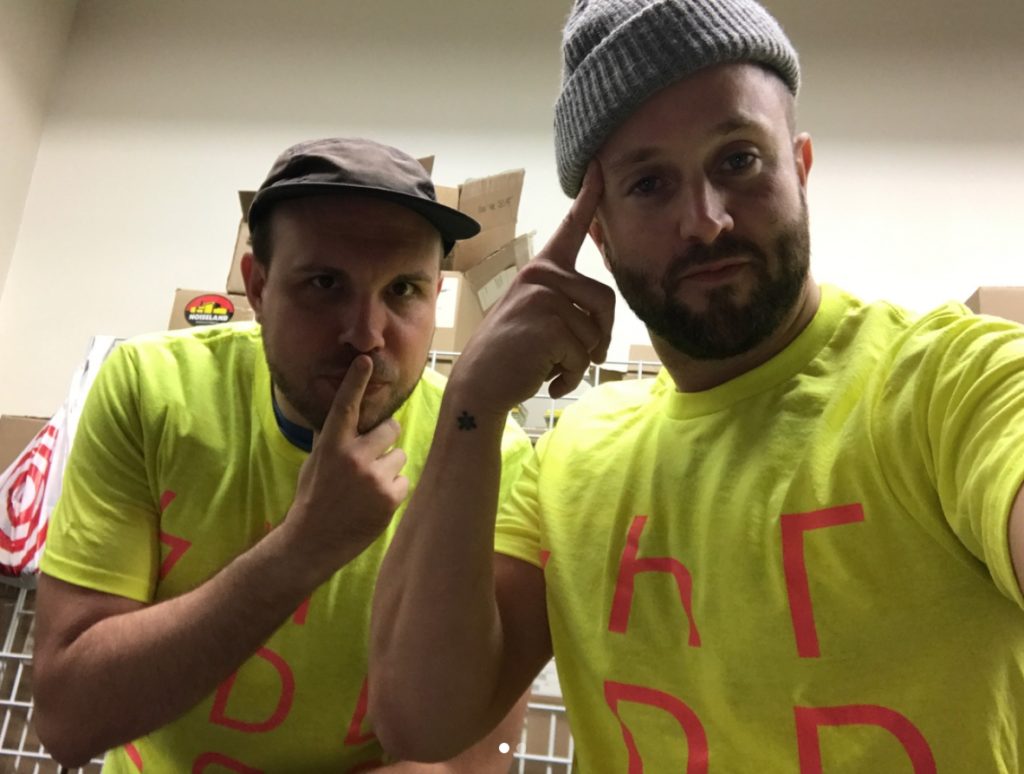 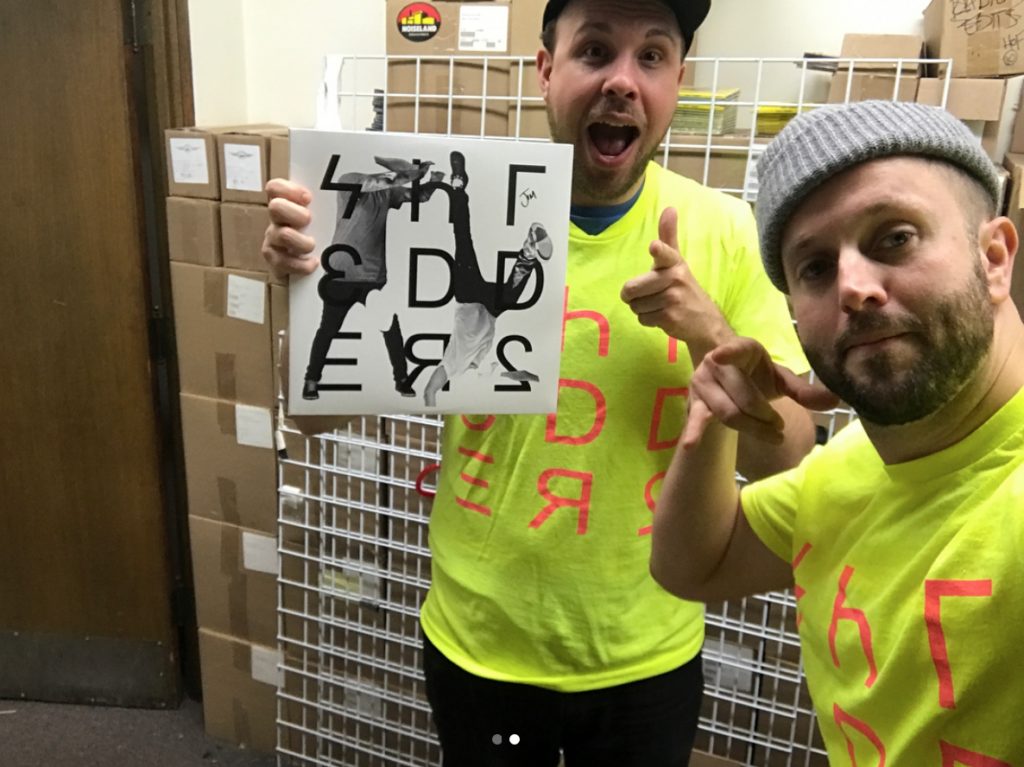 It’s really hard to put into words how extremely cool the packaging turned out for this one. Enormous shouts to Copycats for manufacturing the CDs and LPs. Here’s a couple of images of the fold-out posters which come with full lyrics on the back side. 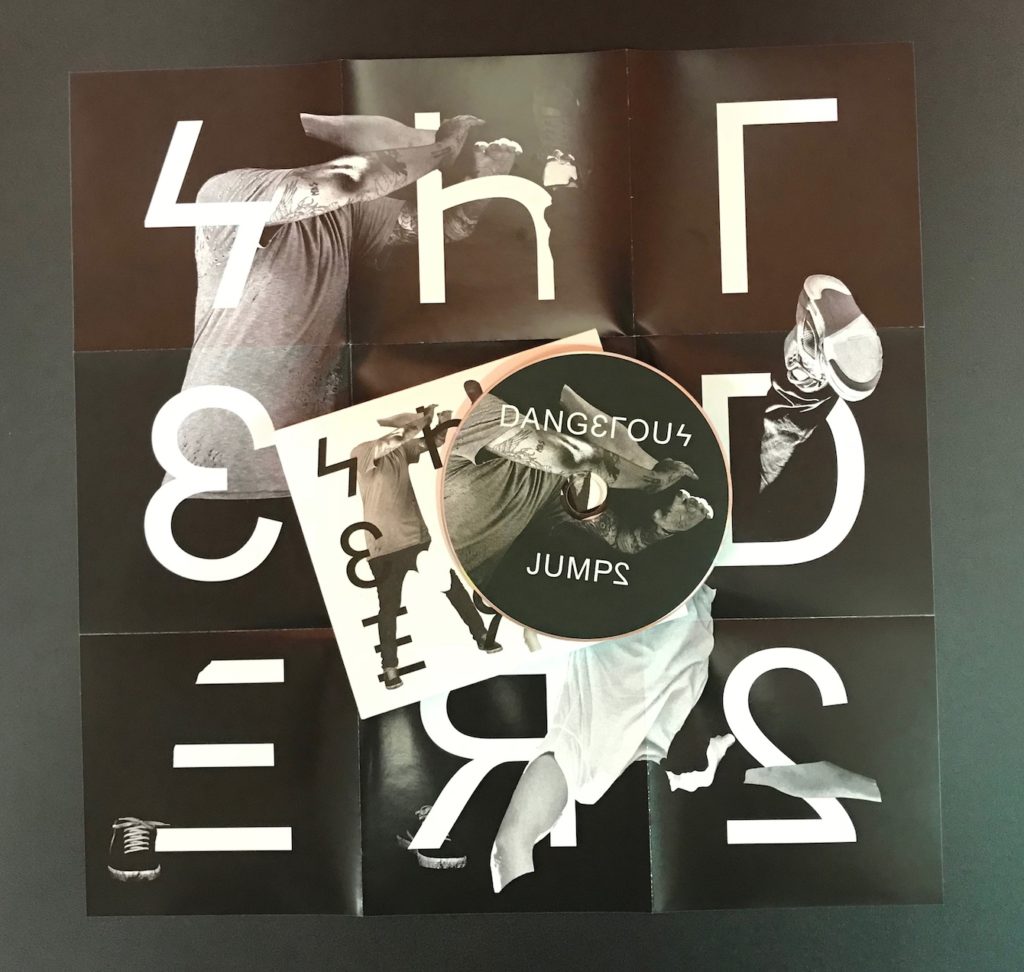 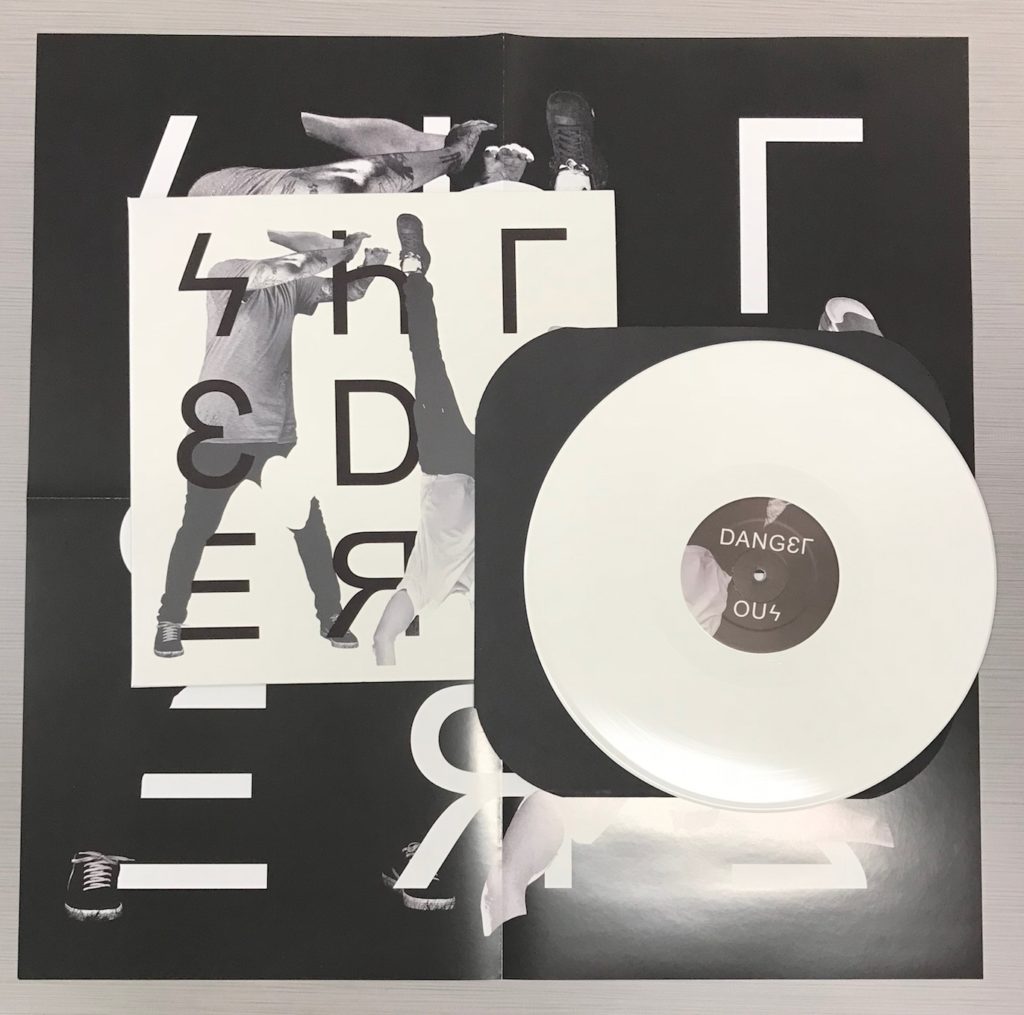 I’ve given the Pre-Order Speech time and time again on this blog. Long before there was ever such a thing as a Kickstarter, we’ve used these pre-orders to help create cash flow that enables us to release albums on a regular basis while also funding the creation of upcoming projects. The money raised from this Shredders pre-order not only helps to cover all of Shredders’ costs (marketing, music videos, publicists, manufacturing, etc), but it also helps to pay for the initial costs associated with the next Doomtree Records project, in this case the upcoming Dessa full-length. We’re mixing the new Dessa album as we speak, and so money from this Shredders pre-order will also help us to pay studio bills and get Dessa’s album fully ready to go. It is a beautiful cycle when it works and we try to incentivize these pre-orders as much as humanly possible in order to make it worth your hard earned dollars (we even made fidget spinners for heaven’s sake), offering multiple packages for any price range. To everyone that has already placed an order, I appreciate that more than you know. This is what keeps us going as a full-fledged independent and allows us to create the music that we are passionate about on our own terms. To anyone on the fence, I hope this paints a little better picture of how our little mini-economy works, and I encourage you to take a look at the pre-order options if you’re interested in keeping this thing going. I’ll save my State of The Music Industry lecture for an actual panel, but it’s getting harder and harder for us smaller guys to get our voices heard and make a modest living off of this. The pre-order goes a long way to ensuring both of those things happen. You can check out the Deluxe and Standard Shredders Pre-Order packages below and grab them at store.doomtree.net . Thank you. TTBT 4 LYFE. 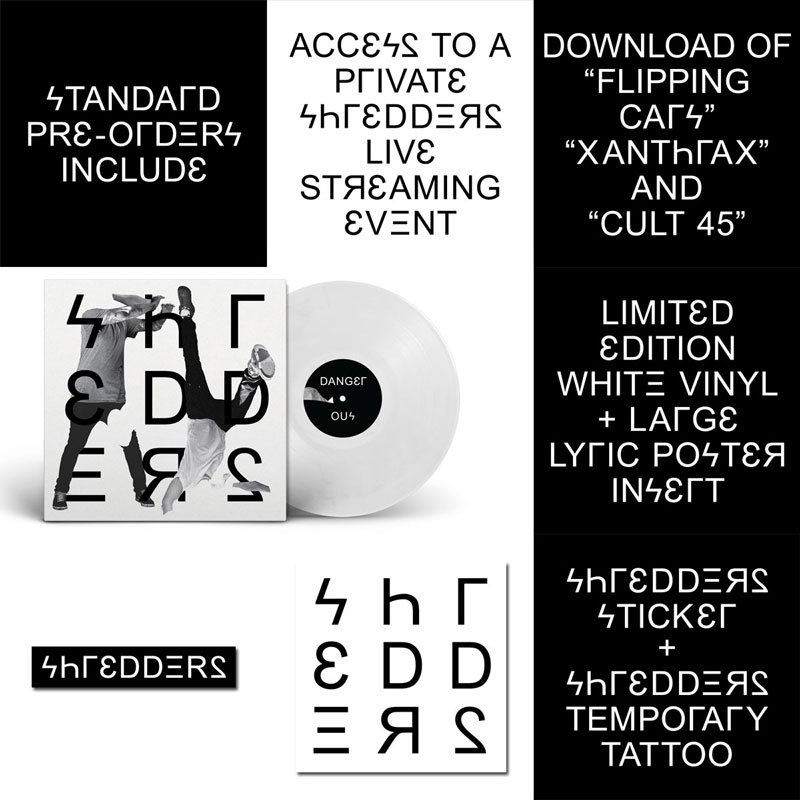 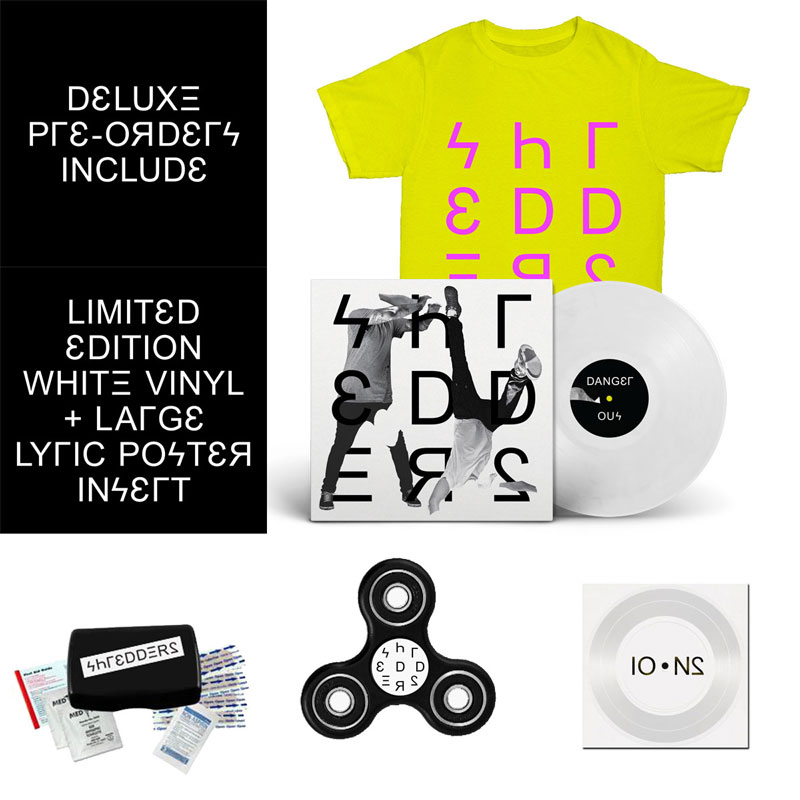 OK! You made it through yet another one of my spiels. Nice work. Now back to the awesome show news. P.O.S just announced he’ll be performing an extra special hometown NYE show at the 7th St Entry on December 31st. After four long months on the road he’ll head back home and throw down for us locals. Check out all the details below and grab your tickets fast right HERE before they’re gone. 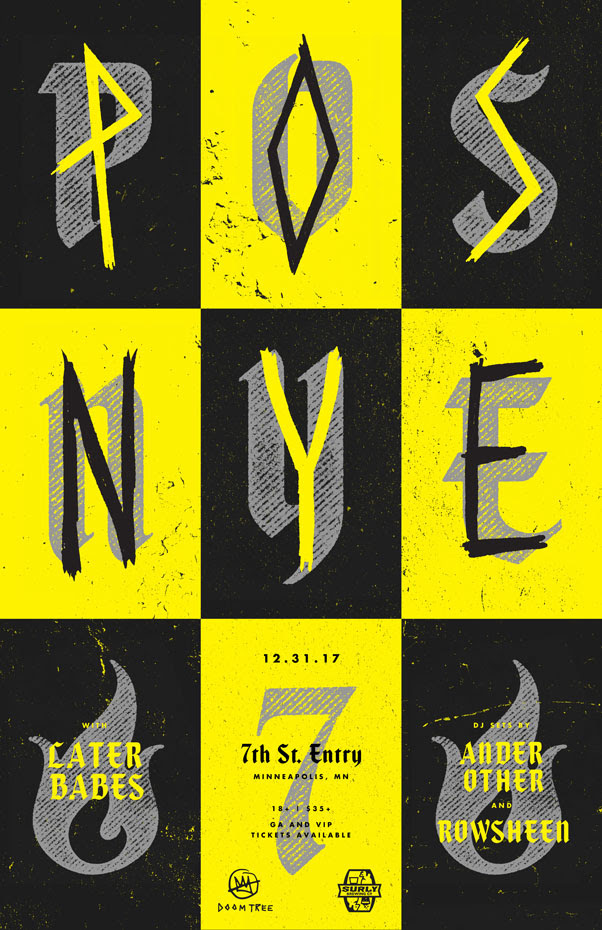 Speaking of that long four-month tour (SEGUE!!!), P.O.S is wrapping up Leg 2 of that run right now on his way back from the West Coast. Check out some thrilling photos below from the Stef, Fundo, Sean Anonymous, and Ander Other’s epic adventures (mostly involving sitting in vans). 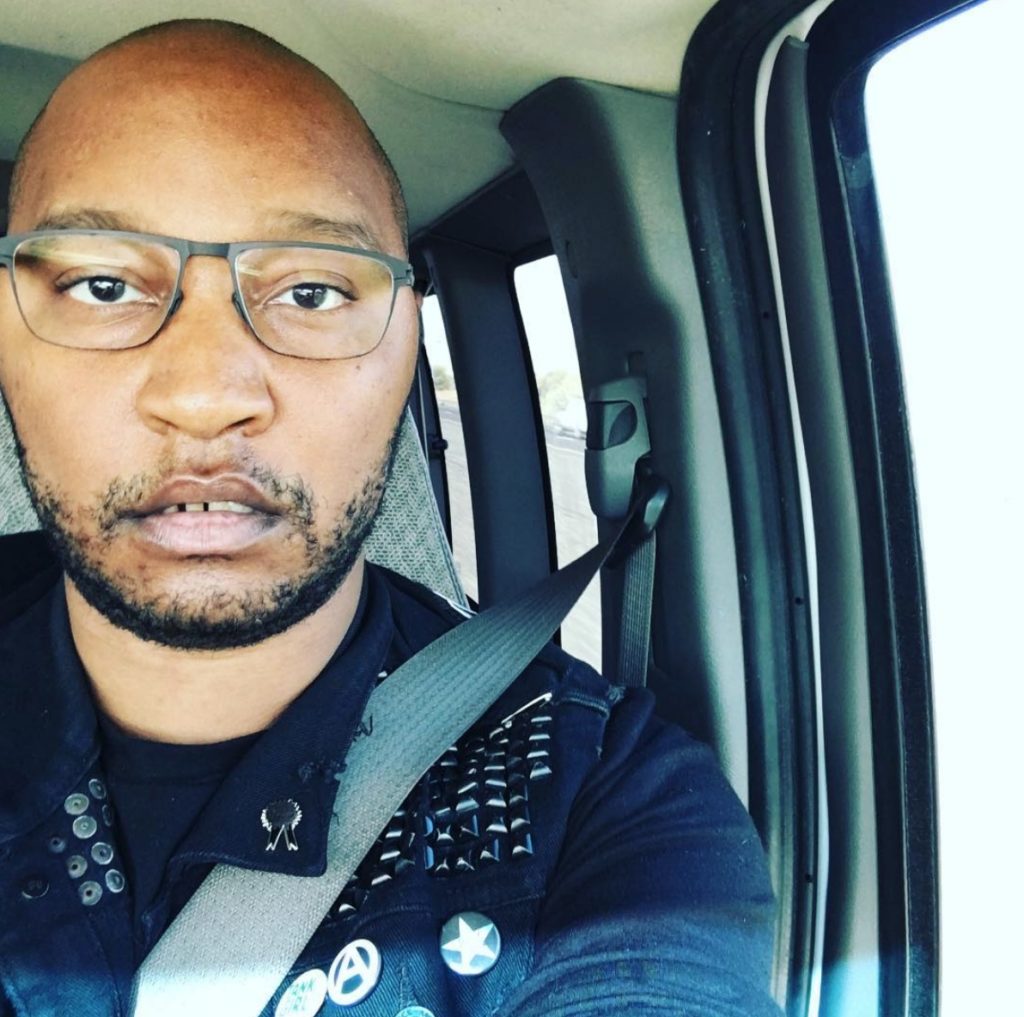 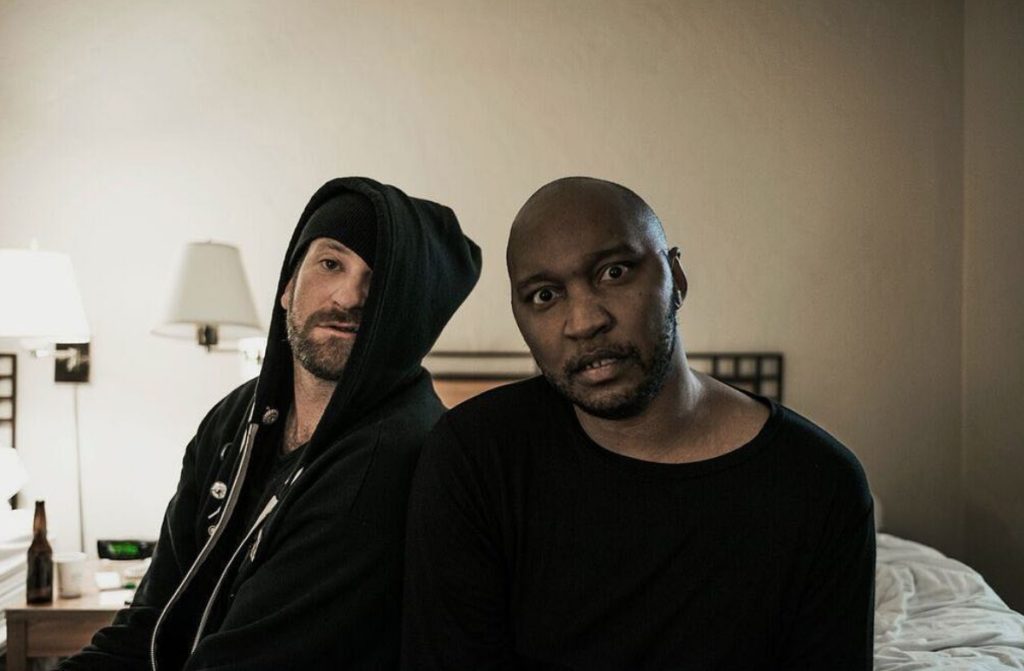 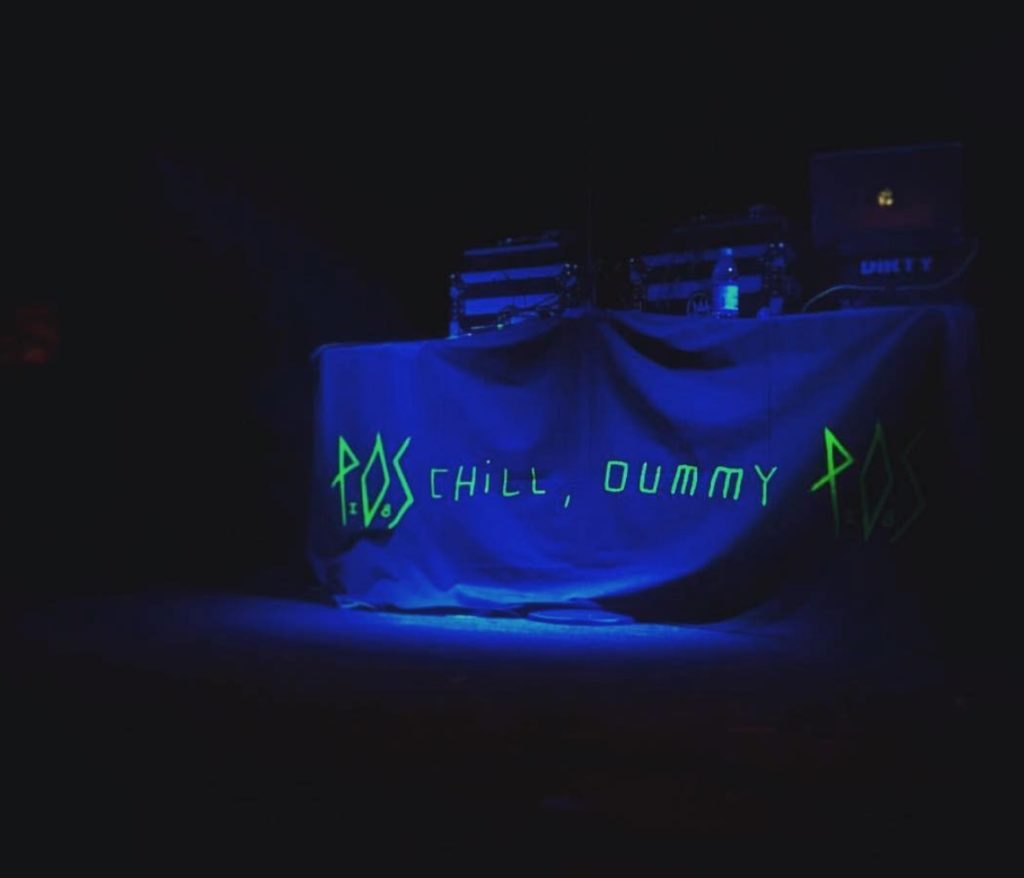 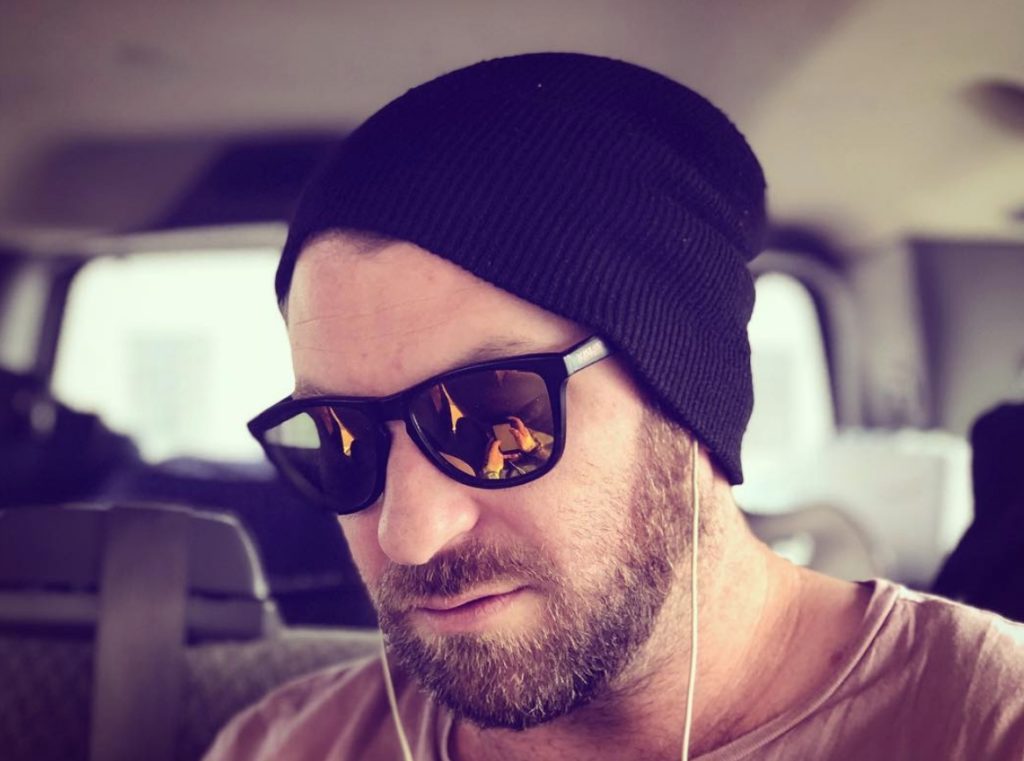 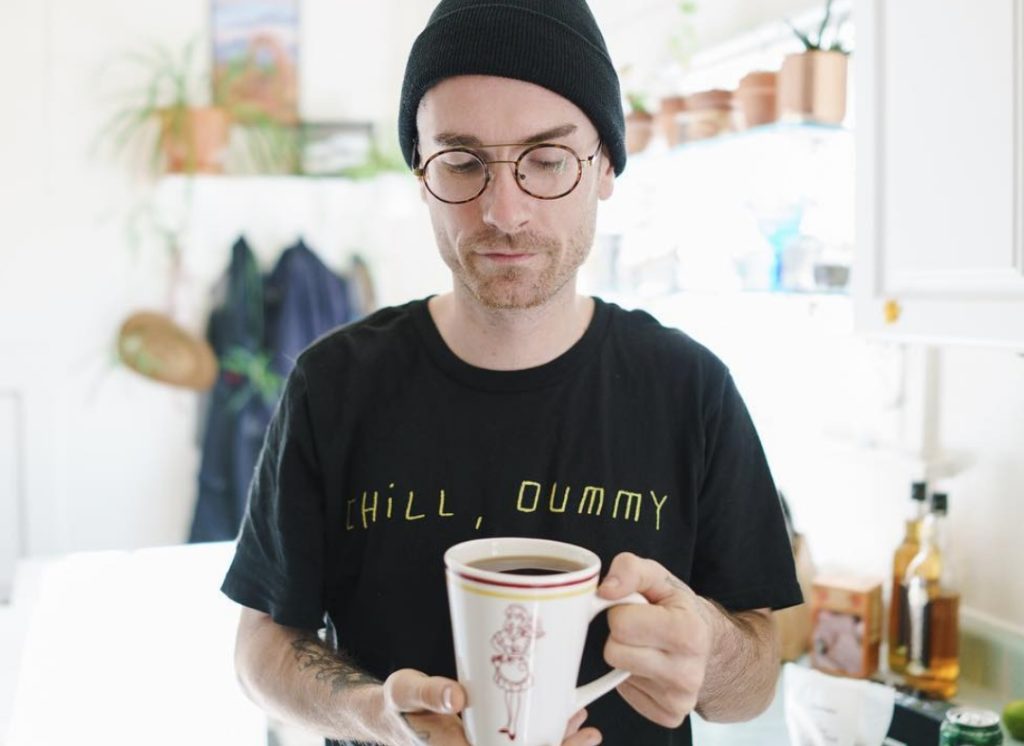 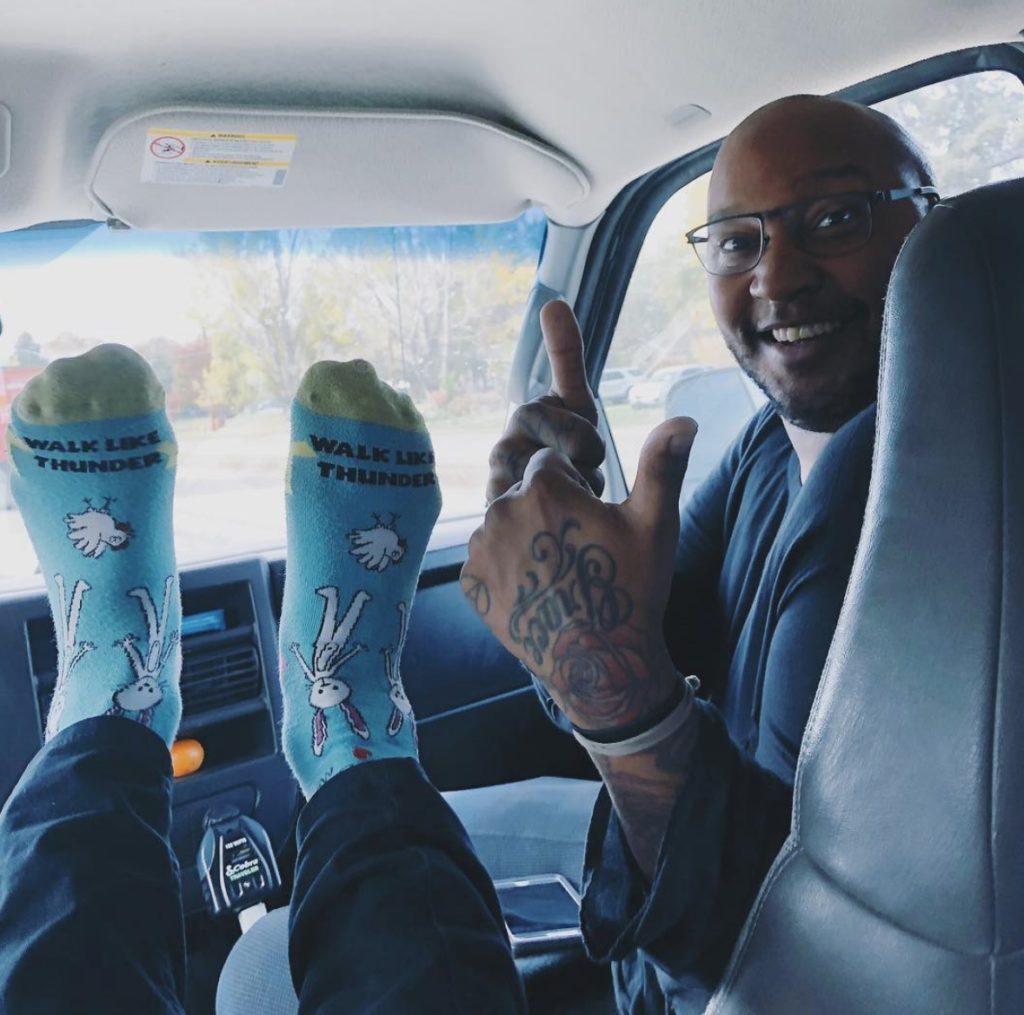 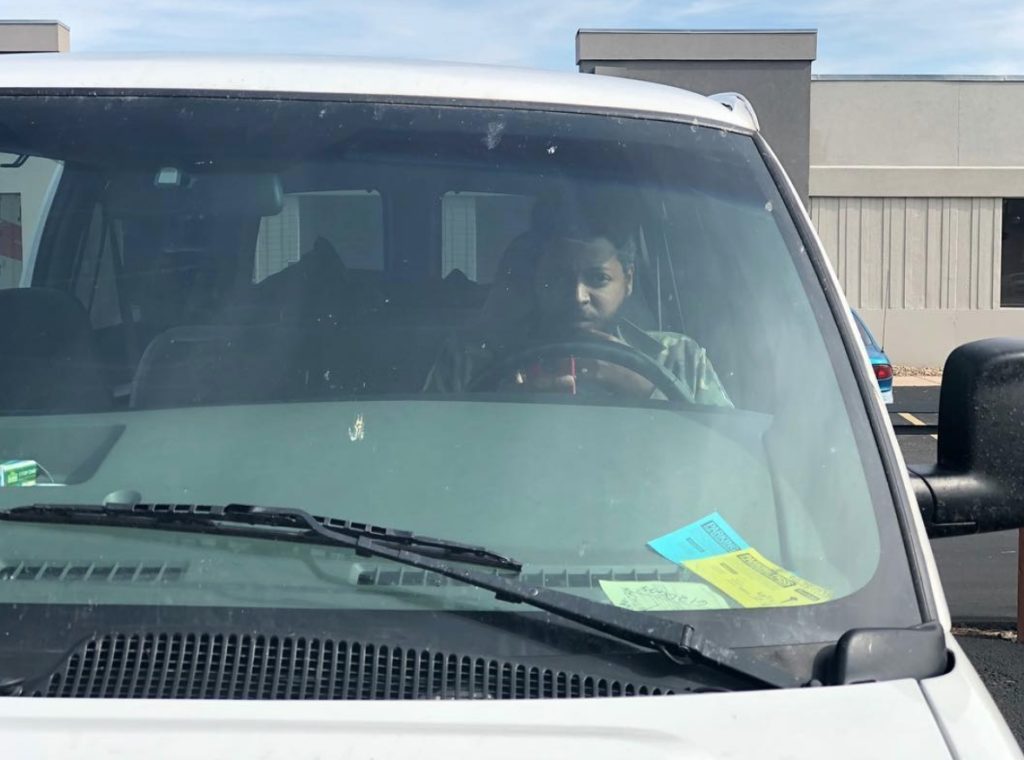 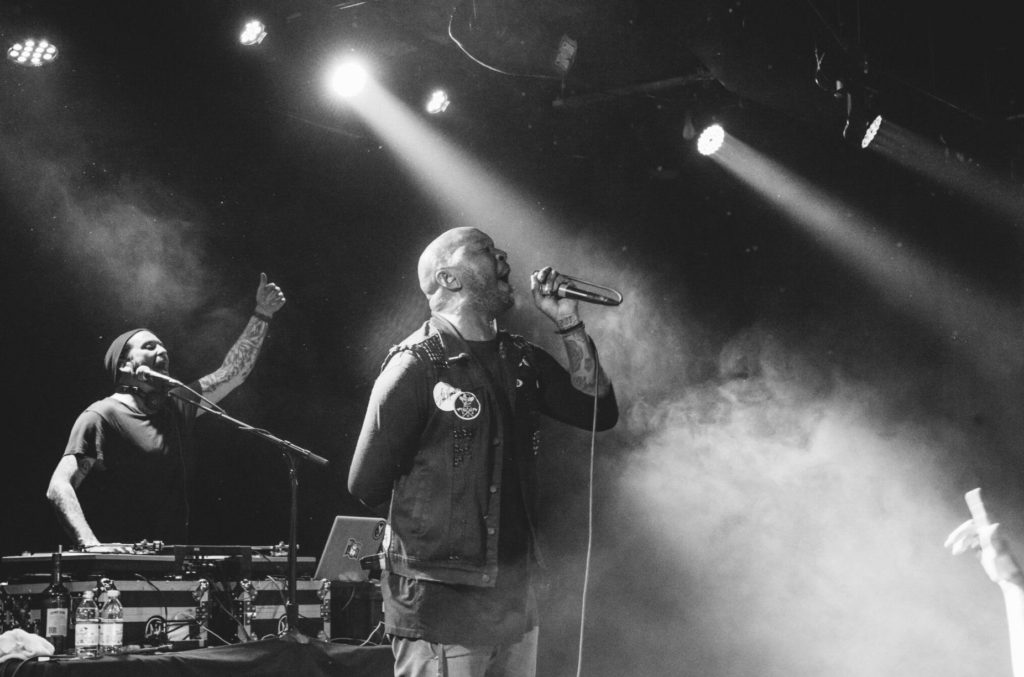 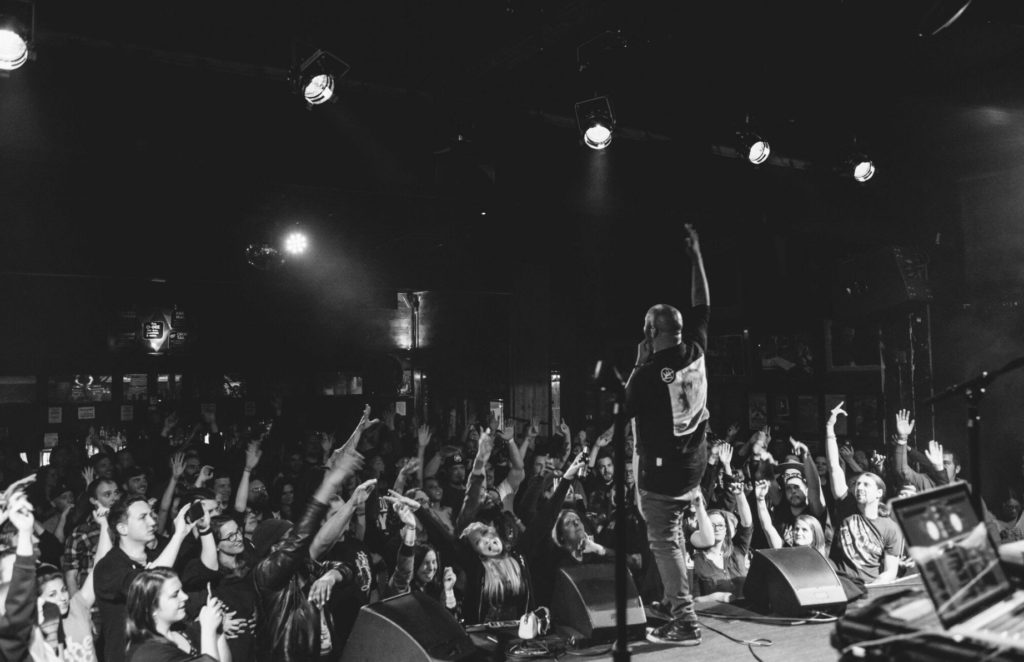 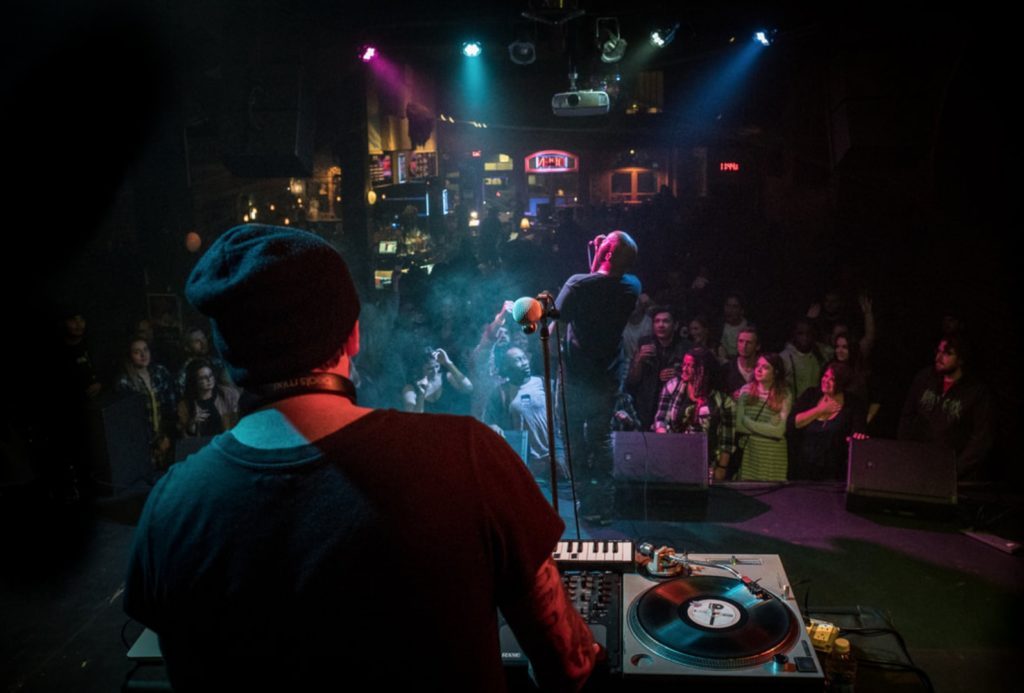 You can check the dudes out in Fargo tonight (Tues 10/24) and Duluth tomorrow (Wed 10/25) before Stef recharges for a few days and heads out for the East Coast next month with our buds Metasota and Transit22. Check out the sweet deetz below and grab you tickets right HERE. 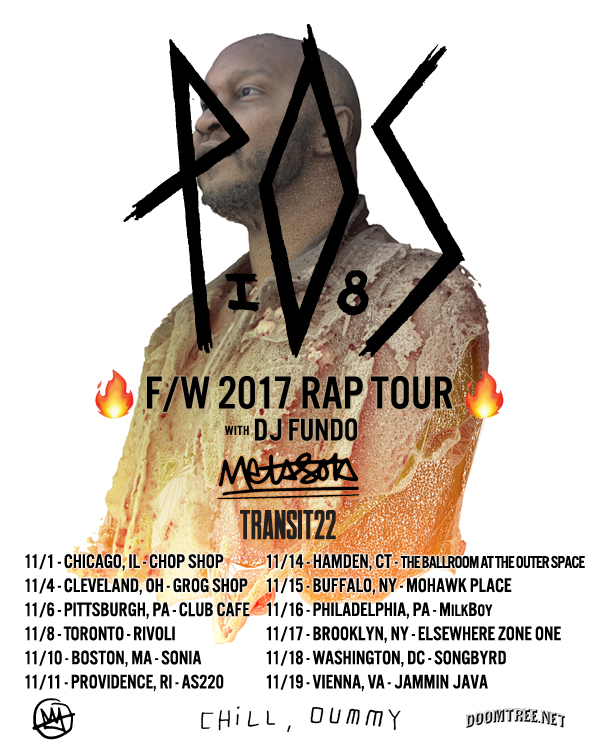 And speaking of crazy November tours (DOUBLE SEGUE), you can catch Dessa on the East Coast next month as well. A good amount of these shows have already sold out, so check out the full list of dates below and grab your tickets right HERE (right now). 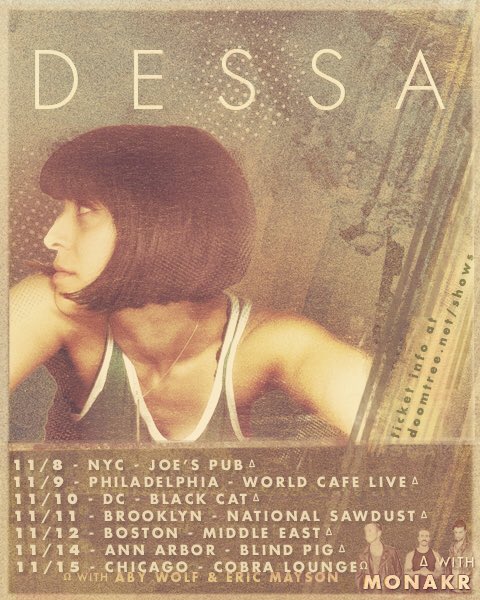 Speaking of Dessa, she recently sat down with Billboard to discuss Puerto Rico and her involvement in Lin-Manuel Miranda’s “Almost Like Praying” fundraiser song. Check out that full interview right HERE and watch the video for that incredible collaboration below. Still flipping out that Dessa is technically on a song with Gloria Estefan. You can purchase the song HERE with all proceeds going to the Hispanic Federation or just donate money directly right HERE. A reminder that the majority of Puerto Rico is still without power. NBC will be airing a special on the Almost Like Praying song tonight (Tues 10/24). Check your local listings for times.

Alright, that will do it for this big-time post. I’m going to go with All Shredders Everything for the Bonus Jams this week. Check out the three videos off of the album below.

Grab that Shredders pre-order right HERE and have an absolutely wonderful week. Thank you for your support. Go Wolves!!!