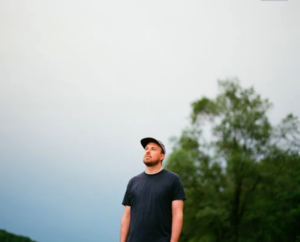 Armed with an endless vault of beats and an extensive musical catalog spanning over two decades, Lazerbeak’s classic sound has generally taken on an epic, hard-hitting, everything-and-the-kitchen-sink approach – inspired largely by production crews like Atlanta’s Dungeon Family and New York’s Bomb Squad. He’s collaborated with everyone from reigning pop queen Lizzo (producing her entire debut album), bluegrass heavyweights Trampled By Turtles, mythological supergroup GAYNGS, and the Grammy-winning Minnesota Orchestra, all while continuing to build and create with life-long comrades from his own Doomtree artist collective and notching production credits on everything from Lin-Manuel Miranda’s Hamilton Mixtape to the dark electro-pop of Banks’ critically acclaimed III album.

Much has changed in the last eight years since the Minneapolis producer released his hip-hop instrumental opus Lava Bangers – which later became the foundation for the Lazerbeak-produced Lizzo album Lizzobangers – and new solo album Penelope continues that progression with a drastic musical turn that echoes the same life-changing experiences Beak has encountered in that timeframe. Now 38 and a father of three, with a day job that includes CEO and general manager of Doomtree Records and manager of numerous high-profile acts, Beak set out to create a project that would reflect the ever-morphing landscape that he’s embraced in his 30’s. Whereas Lava Bangers’ 20 short, high-energy heat rocks relied heavily on monstrous drums, punishing low end, and gnarly horn stabs – sounding at times more like the fury of Run The Jewels or the Just Blaze-helmed Rocafella Records era – Penelope finds Beak stripping every sound back to its individual core to create seven meticulously slow-building and expansive instrumental meditations that ebb and flow with a newfound patience and restraint rarely seen from the producer.

There is a noticeable and newfound confidence that vibrates from Penelope’s 35 minute journey, one that was only hinted at on Luther. It’s clear that Beak is in full command here, swiftly and adeptly moving in and out of a multitude of genres and vibes with the grace of a studio vet, while harnessing the curiosity and musical playfulness of someone half his age. It’s this maturity and willingness to explore that solidifies his place as one of the most versatile musicians alive today. By living with and exploring this unique aural space, Lazerbeak has completed the long trek from beat-maker to full-blown producer. Penelope represents a newfound peace and balance for Lazerbeak, both creatively and personally. With one foot in the sea and the other in the sand, he’s managed to create a truly grounding and healing tour de force for our rapidly changing world.