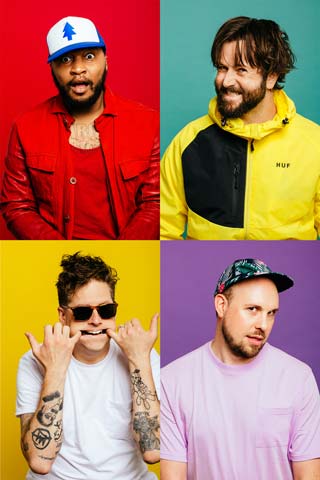 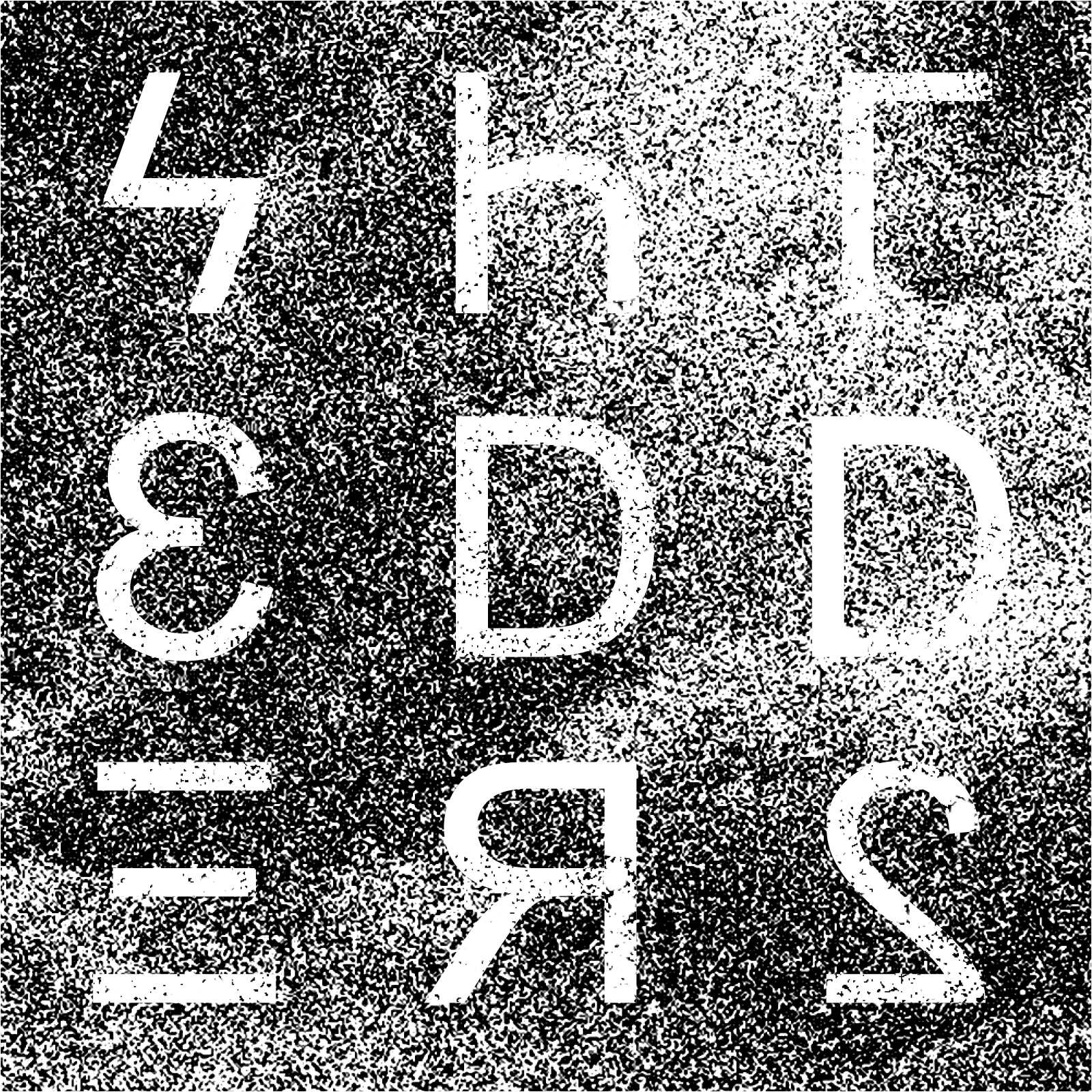 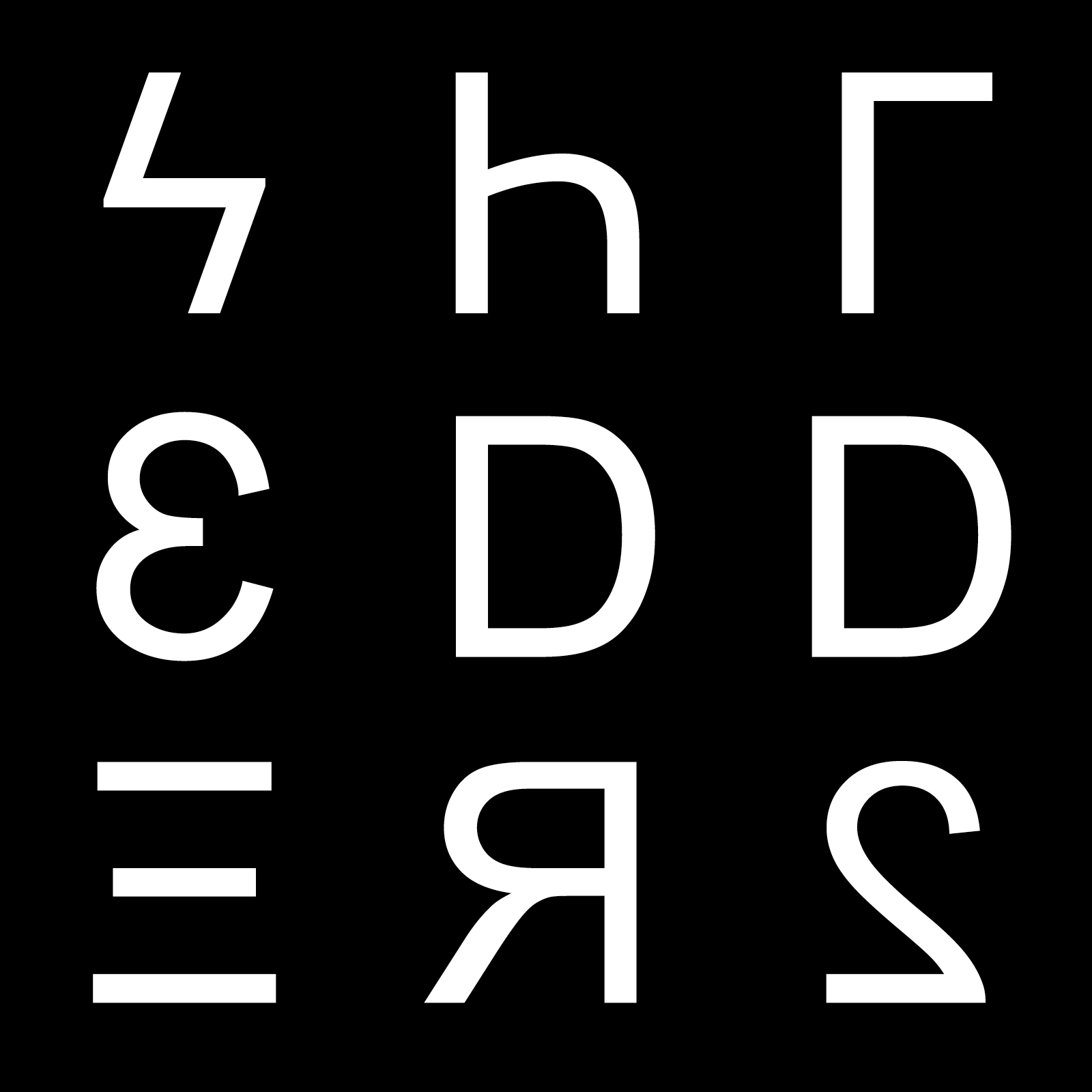 Shredders is the new rap project from Doomtree members P.OS, Sims, Lazerbeak, and Paper Tiger. Their debut album Dangerous Jumps was released on Doomtree Records in late 2017. Created over the course of a prolific six month break, Dangerous Jumps bursts with carefree energy and booming bass. P.O.S and Sims consistently one-up each other with dizzying wordplay and anthemic hooks over an unrelenting, uptempo soundtrack scored by veteran producers Lazerbeak and Paper Tiger.   First single “Xanthrax” was premiered by the one and only Dwyane “The Rock” Johnson on his HBO hit series Ballers and the group has had multiple songs placed in recent UFC, Need For Speed, and MLB video games. Shredders have hit the road hard in 2018, running circles around North America with European dates and festival plays planned throughout the summer. They’ve shared the stage with a diverse range of acclaimed artists including Run The Jewels, The Underachievers, Bishop Briggs, Astronautalis, and Paper Diamond. 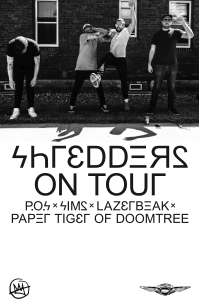