Hey there, welcome back.  It’s getting kind of crazy over here with the impending release of Dessa’s new album coming next week.  Over the weekend we picked up the CDs from the plant (they look insanely awesome), got all the preordered discs signed (650+!!!!) and brought everything over to the webstore for packing.  This record is a complete knockout, from the music down to the artwork and packaging, and I really can’t wait til everybody gets a chance to hear it for themselves.  With that being said, time is at a premium right now and there is still tons of stuff to get done before we launch this album out into the world.  So I figured for this week’s blog post I’d just make a list of a few things that I’m pretty in to at this moment in time and call it a wrap…..

My friend McTubbins put me onto this stuff awhile back.  I guess Mississippi Records is a pretty small vinyl and cassette label out of Portland, OR (misleading, I know) that specializes in small run obscure recordings involving a ton of different genres.  From a quick google search it looks like they’ve put out about 50 records at this point.  The really awesome thing though is that they have this free downloadable mixtape series with each tape focusing on some super rare cuts of a specific genre (gospel, samba, etc), and it is some incredibly well put together stuff.  The samba tape has basically been on nonstop for the last month at my house.  Really great music to clean up your house or cook breakfast to.  Below are a few links to the tapes that I’ve really gotten into, there are a ton more of them though and so far I haven’t been disappointed once.  Definitely worth researching and checking out if you’ve got the time.

So I guess ESPN turned 30 this year or something, and they decided to celebrate by asking 30 different film makers to create a bunch of documentaries about interesting and often forgotten sports events that have happened in the last three decades (hence the title 30 For 30).  They’ve already aired quite a few of these, so chances are if you watch ESPN you’ve already come across this.  I’ve been super impressed by pretty much all of them.  Even if you don’t like sports I think you might be into this just because they are so well put together.  The weird thing is a lot of these tend to be pretty sad stories (the death of Len Bias, the demise of the USFL, Gretzky getting traded to L.A., the end of Ali’s career) that often times don’t really have a redemptive ending or any great outcome.  Kind of a bummer, but in a strangely good way.  I’ve definitely learned a lot, and much respect to ESPN for taking some risks and doing it real big on their 30th.  Hopefully they’ll compile this into a big DVD collectors set or something after all the documentaries air.   You can go to 30for30.espn.com for more info and a schedule of when the next ones will be on.

Bam!  A list of two great series.  Pretty groundbreaking blogging, I know.  At the end of the month I’m gonna finally reveal the world famous Superbowl nacho cheese recipe, as well as the details involved in making a Lava Banger shot, so it will get better.  Gotta go to the Current now to record this TPC! interview/performance.  Getting the band back together never felt so good.  Hope you have a great week.  Next Tuesday we will celebrate the Vikings absolute desecration of the Cowboys in the second round of the playoffs.  I’ll leave you with a picture taken last night of me holding what has to be the very last seasonal Mike’s Hard Raspberry Lemonade in the world, until summertime at least (thanks Johnson’s!).  If anyone has any leads on where I can find more, please holler. 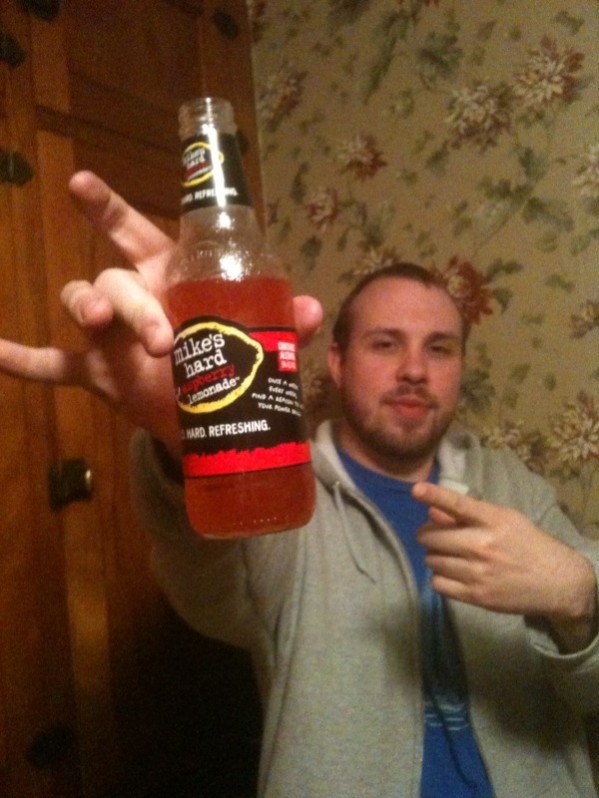