So last Friday I embarked on a solo voyage to Chicago to shoot my first ever music video for this upcoming solo album.  I’ve been quite fortunate to have traveled the majority of this fine country over the years, but this trip ended up being the first long trek I’ve taken by myself.  I thought I’d be super bored, but it ended up kind of ruling.  I got to catch up on a bunch of new records (Usher, Caribou, B.O.B, Hold Steady) that all sound pretty sweet upon first listen.  Made it into Chicago and met up with my gracious hosts for the weekend/dons of Chi-town: Joel and Katrina. 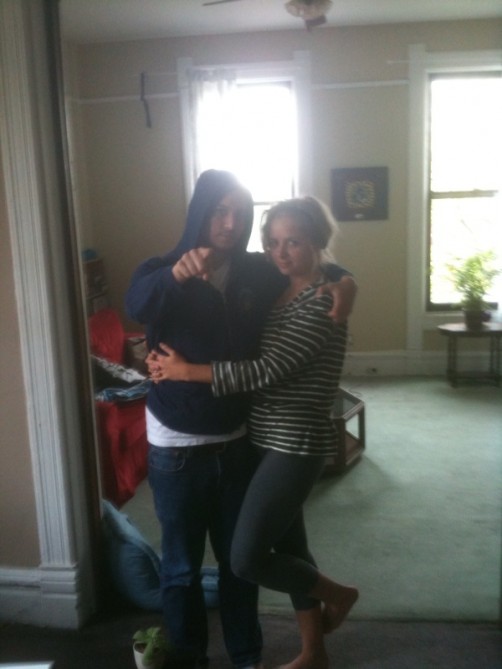 Joel has been an ultimate homie since high school when his band Ten Grand took TPC! out on our first tour ever.  Katrina is his lovely fiance whose birthday happened to be Friday as well.  We went out to this awesome Argentine restaurant to celebrate/eat enormous steaks and Joel presented  her with this insane cake that had the face of Omar from The Wire on it!  The picture I took sucks, but he is actually saying “Indeed” if you look closely.  Nice one Joel. 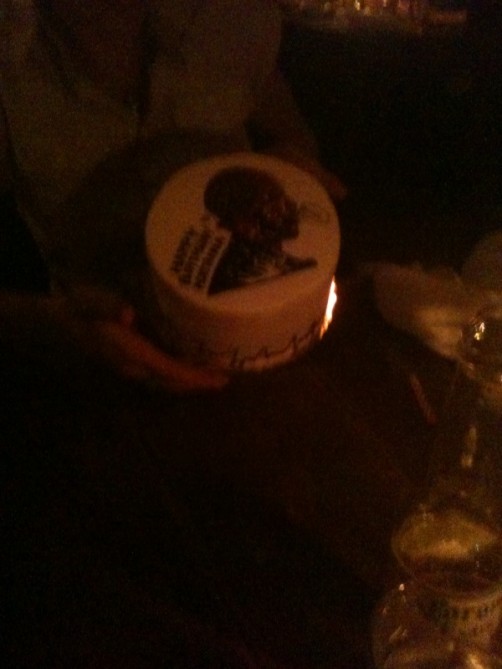 Afterwards we hit a couple bars before calling it a night.  I occasionally forget what a hugely enthusiastic sports town Chicago is, despite the fact that my wife is probably the biggest Bears fan out there.  The first bar we hit had Bears banners everywhere and football season is still four months away.  Man I can’t wait for that.  Still getting over the sting of Taylor heading over to the Bears for more money. 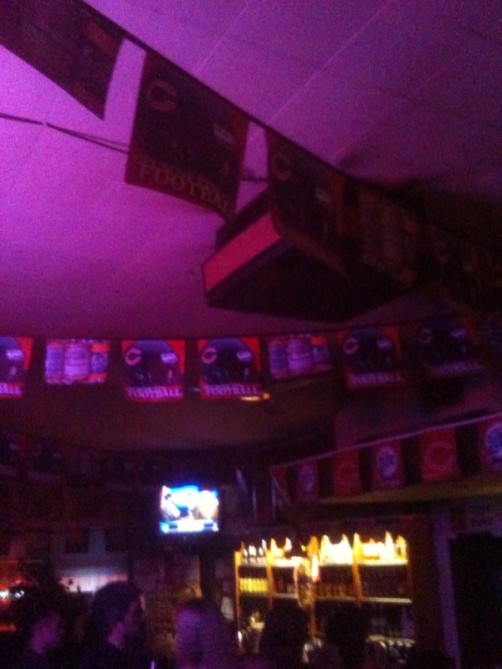 Also, if you live in Chicago and are planning on getting married, the tuxedo shops will throw in cuff links with your favorite local team’s logo on them, on the house!  Just so everybody in the chapel can know where your loyalty lies. 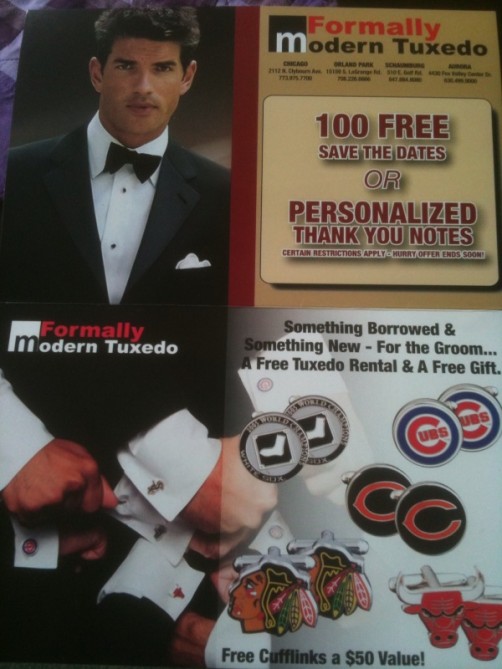 We got up super early the next morning to start shooting the video for a song called “Land’s End” off the new record (please don’t get it twisted, this song is not at all about that department store).  Joel has been working in the audio department of this big time commercial editing and production agency for awhile and was able to book out some time, man power, and heavy duty equipment in the green room studio over the weekend.  Such a totally insane and professional place.  He actually had Stef and I down a few years back to demo the initial tracks that would make it onto Never Better, so it was nice to be back in the building so to say.  Here’s a picture of the slate we used between takes, just so you know this thing is legit. 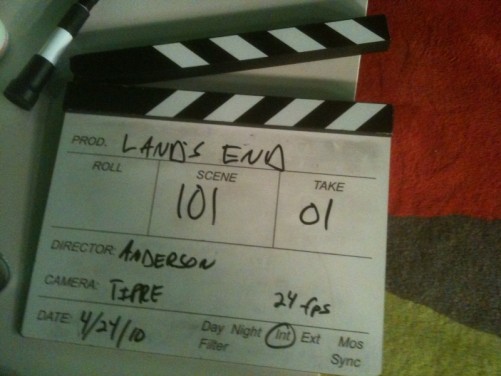 I spent the next eight hours running around, spinning on a wooden motorized turntable, jumping on a trampoline, pretending to plummet from space, jumping over special green obstacles, and on and on.  It ended up being quite the workout!  Our good friends Bob and Urs were able to stop by too with their adorable baby Flicka and we put her to work as well.  Here’s a few of the pics I was able to grab. 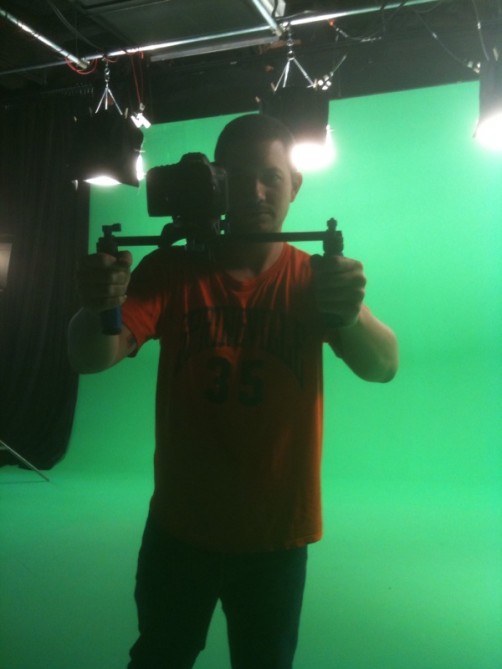 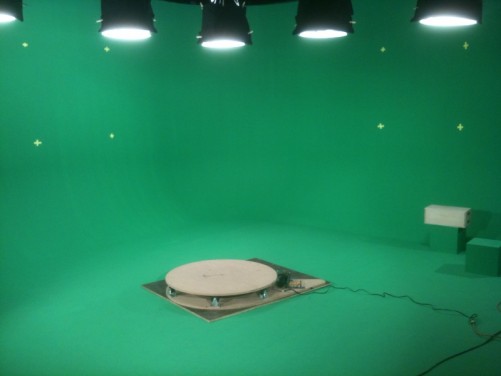 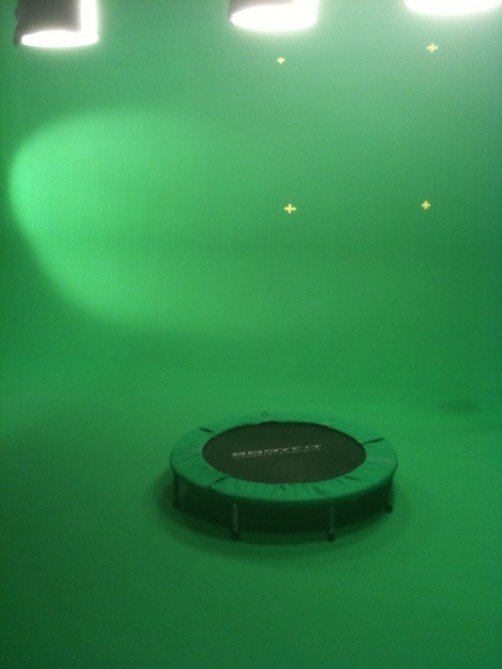 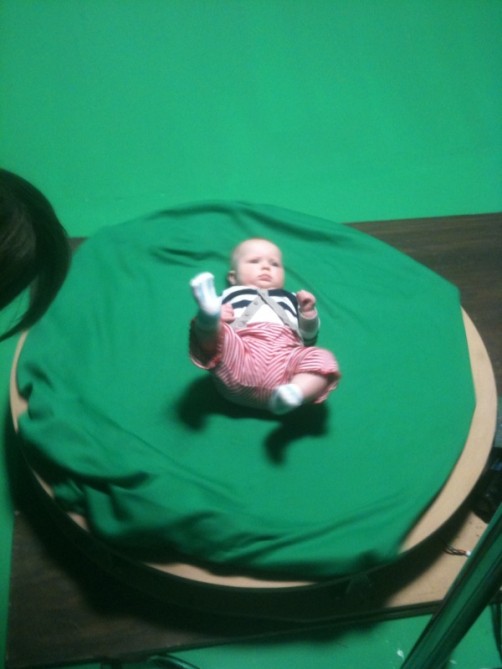 I know it doesn’t look like much now, but there are a bunch of artists and animators currently involved in turning all that green into crazy, out of this world, epic backdrops.  It is gonna look nutz when it’s all said and done, pleezbaleevit.  We wrapped up shooting everything that evening and decided to reward ourselves by going to a Chicago Outfit roller derby match.  Now I’ve never had the good fortune of attending one of these bouts back in Minneapolis (and still have yet to watch the Drew Barrymore directed “Whip It”) so I really didn’t know what to expect.  After just a few minutes though it became quite apparent that this sport rules hard.  Super action packed and you end up picking up on the rules and scoring techniques pretty easily.  I have no idea how they are able to skate around like that for an entire hour, all while running the constant risk of being shoved to the ground and repeatedly run over.  This sport is definitely not for the weak willed.  Queifer Sutherland and Lola Blow turned out to be the superstars of the night, and the Outfit ended up destroying this other team by like 50 points.  It was legendary. 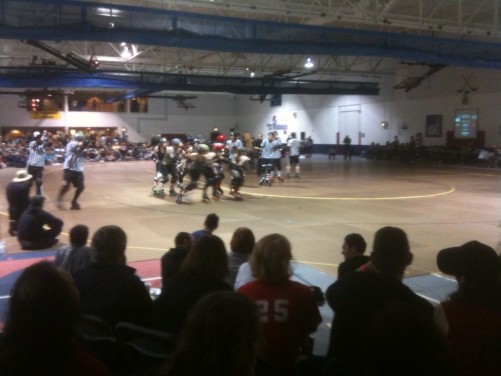 Ended up hitting a couple more bars afterwards, one of which had an awesome sports lamp over the pool table that reminded me of the chorus to “Dennehy,” the incredible ode to Chicago anthem by rapper Serengeti.  Bears, Hawks, Sox, Bulls! 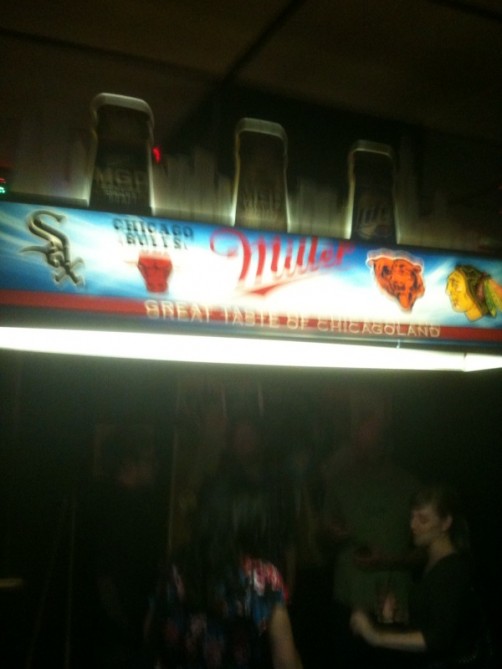 I’m pretty sure I’ve posted this track before on here, but just to be sure you check this out, below is the official “Dennehy” video.  I’ve probably heard this song over a thousand times at this point and am still catching new lines every time.  Absolutely genius.

Got up late the next morning, said goodbye to my people, and headed right back home.  I ended up bumping a ton of albums I hadn’t listened to in forever on the drive back and took a little trip down memory lane (mostly high school years).  T.I. “Trap Muzik”, Les Savy Fav “Cat and the Cobra”, Jay-Z “Life and Times Vol. 2”, Archers of Loaf “Speed of Cattle”, and Bobby Womack’s Greatest Hits.  All pretty much total classics to me, some more than others I guess.  I’ll conclude with a track off each one as a special edition Mega Bonus Jam Bonanza!  A huge thank you to Joel and Katrina for such a wonderful weekend, as well as Joe, Sara, Corey, Sara Jean, Aaron, and Eric for helping to make this video a reality.  One down, nine more to go.  Can’t begin to explain how excited I am about all of this.  O let’s do it!