We got a bunch of new stuff available at the webstore!  Koozies and skateboards for summer, an awesome new limited Doomtree mixtape called Standards that Paper Tiger put together for the art opening last week, and something called the DoomCube.  Burlesque created it solely for the art gallery opening and it is pretty crazy.  Comes in a screen-printed cardboard box and includes the Standards mixtape, the exclusive art show t-shirt in your size, stickers, a 15 picture photo pack, and a medical vile containing a bird feather and shark tooth (get it?).  Extremely limited, only about 50 made total.  More info at the webstore.  Make sure to grab your pre-order of Made Like Us as well in order to get a pair of those stylish shades.

The rest of this post will be dedicated to four totally separate but equally awesome things that happened to me in the last week.  Here we go…. 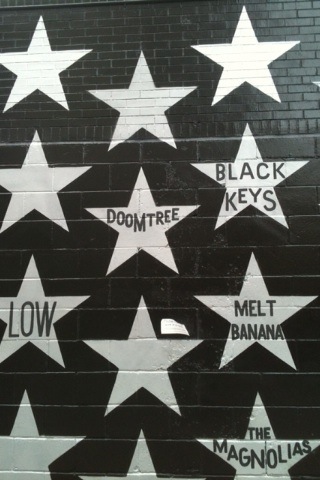 1.) We officially got our name on a star at First Ave!  I’ll try to spare you the nerdy music geek freak-out sentiment that goes along with such an honor like this, but suffice to say we are all pumped out of our minds and beyond overjoyed.  This is big time. 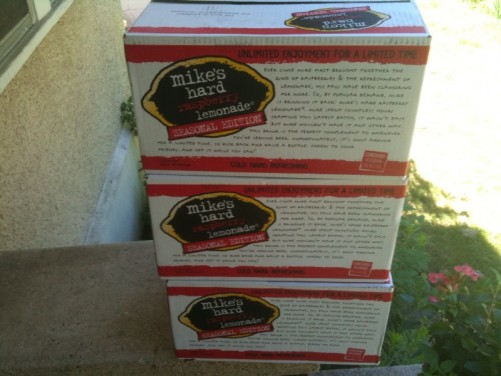 2.)  I got hooked up with a special bulk delivery of Mike’s Hard Raspberry Lemonade!!!  Anyone that knows me knows that I have gone pretty public lately with my whole hearted endorsement of this wonderful flavor of Mike’s Hard Lemonade.  It truly is wonderful.  Despite the fact that Raspberry is easily the best of their many varied products, Mike’s only releases it in a limited “seasonal” run throughout only a few short summer months.  Horrendous.  This year I devised a plan to buy up as much of it as I could in order to get a stockpile going for the brutal winter ahead of us.  The homie Steve Yasgar works at a liquor store and was able to talk his boss into approving a three case special order of it for me.  Total victory!!! 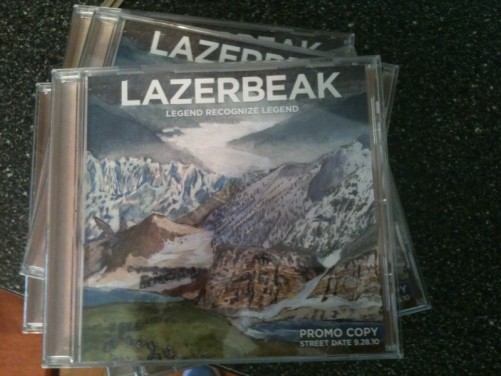 3.)  We got the promo copies of Legend Recognize Legend back.  SO excited.  It’s finally starting to feel like this album may eventually come out.  We’re gearing up to send these promo joints out to press and radio to get the hype ball rolling, but the real deal version (with tons of extra artwork and bonus DVD) will be released on September 28th.  More info coming sooner than later.

4.)  I watched the movie Twins for the first time since 1990 and it is just as good (if not better) than I remembered.  DeVito and Schwarzenegger are absolutely unstoppable!  I think we must have gotten our first VCR right after this came out, because I remember watching it over and over again as a kid and loving every second of it.  Quick plot summary: these guys are born out of some extensive scientific experiment to create the smartest, strongest baby ever (DeVito ends up kinda getting the shaft on that one).  They get separated at birth and don’t find each other til they are 35.  Then hilarity, action, and suspense ensue.  Promise me you will watch this sometime if you haven’t already seen it.  It is too important to overlook.  In fact, this week’s Bonus Jam is actually from the end credits of this movie.  It’s by the Spinners and it happens to be the greatest/funkiest (if not the only) song ever written about the joy of having a twin brother.  Powerful stuff.  Brother to Brother!!!

Man that song is too good.  There you have it, that concludes the list.  I hope you all have a wonderful week.  See you next Tuesday.