Hey guys, we have been working hard over here these days getting ready for the release of my first full length album, Made Like Us.

I am excited to announce that we are having a CD release party for it on July 24th. I am very excited and think it is going to be a kickass evening. A few crew friends and I will be performing some of the new tracks from the album, as well as melting faces with blazing rap set right after. We will also be doing a little something we like to call Doomtree Karaoke, this will be a first for us, but I will be on the turntables so you can come up grab a mic, and do your best version of your favorite Doomtree song. Also my man Budo is coming into town to open the show. So looking forward to this. 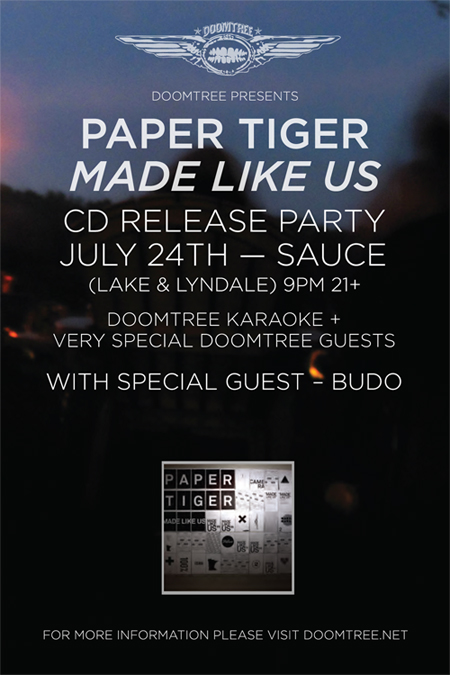 Also I have leaked a new track from the album called “The Bully Plank”, I hope you like it.

Last but not least…

We are having a little listening party for the record, check it HERE

Thanks so much for checking this out, and hope to see you at the release party!