I want to start off by thanking everyone who pre-ordered Legend Recognize Legend last week.  We’re off to a great start, and I really do appreciate all of the wonderful support.  As Dessa has mentioned in previous posts, the pre-order option is what allows a little label like Doomtree to compete a bit with the bigger dogs out there, and it also is where album sale dollars have the biggest impact.  So thank you as always for riding for us.  Check out the first single and pre-order HERE.  You’ll get tons of free stuff (bonus DVD with 10 music videos, autographed CD, access to live Q&A webcast and the Blowout contest), plus there are still a few posters left as of right now (limited to the first 300 orders).  We also have a bunch of new merch and sale items available at the webstore HERE, so definitely check that out if you get a second.  Over the next month and a half I’m gonna try hard to keep the self promotion angle on this blog to as much of a minimum as possible, but know that it will definitely be more prevalent than usual.  Part of playing the game I guess.  Bear with me though, I promise not to go all random Myspace mixtape rapper on you.  I could never do you like that.

A few weeks back I got the opportunity to participate in a legendary bar crawl of downtown Hopkins with my old band/oldest friends/original LEGENDZ, The Plastic Constellations (TPC!).  Hopkins is the small hard working suburb right outside of Minneapolis that I grew up in, and as I’ve been entering my late twenties I’ve started to feel pretty nostalgic about my younger days running around that town.  I moved to Minneapolis when I was 17 and have lived here ever since.  I still make it home quite often to visit my folks, but their house is right off of the highway exit, so I haven’t really explored the rest of the city in over a decade.  TPC! started as a band in junior high, and I’ve been best friends with these guys now for over half of my long legged life.  We played our first shows (“cut our teeth” as they say in the biz) in Hopkins at birthday parties and school dances, so we decided that the next time the four of us got together we should get back to our roots and meet up at our old stomping grounds down on Main Street.  Best idea ever.

Jordan (bass player) just recently bought a house with Erin (his wifepiece) not far from downtown Main Street, so we decided to start there with a big barbecue to get a solid base going for the rest of the night.  We drank the crazy new energy malt liquor beverage Four Loko for the first time and decided it tastes like a combination of Sunkist and white wine.  Pretty gross but not gross enough to not finish.  Then it was time to walk down to the edge of Main Street and begin our crawl.  There are actually only a couple bars on the strip, so we ended up just walking around for a long time and checking stuff out.  Here are a few things I noticed:

– Bud’s Music (where I took my first saxophone lessons) is still standing, although it appears to have far less musical equipment on the walls than it used to (maybe VH1’s Save The Music is onto something).

– I couldn’t find Pito’s on 9th (the old barber shop where I’m pretty sure I got my hair cut by a man named Bob posing as an eccentric older Italian man named Pito) although a quick Google search says it’s still there.

– Karaoke at the bowling alley was pretty much off the chain, and I actually came very close to signing a young act that rapped an original song while incorporating several towels into the set.

Exciting stuff, I know.  Below are a few pictures I was able to grab of the festivities.  I really have to get better at capturing these moments. 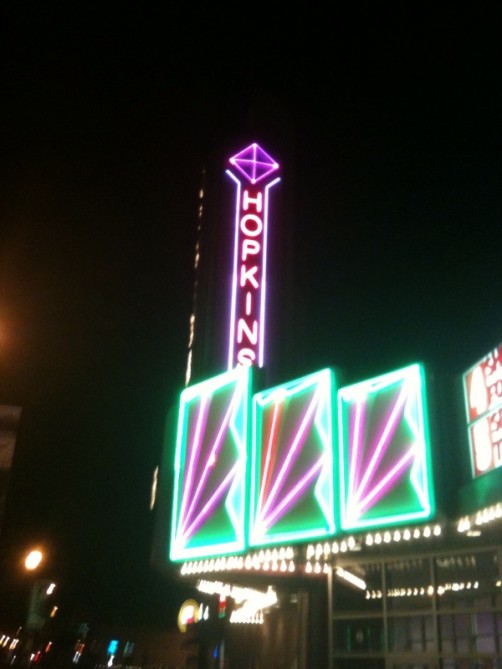 The second run dollar theater that Jeff, Matt, and I all worked at throughout high school.  We basically lived off of popcorn and icees for 3 years.  I definitely saw Bullworth, Micky Blue Eyes, and Hope Floats here to name a few, and I’m pretty sure those are all certified classics at this point. 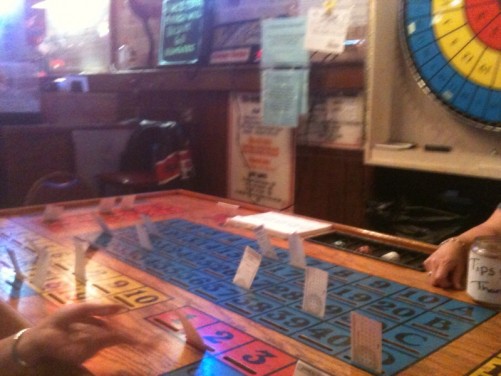 Some crazy gambling game at one of the bars that slowly bled what was left of the band fund dry.  Apparently the money went to a good cause though, so there’s that. 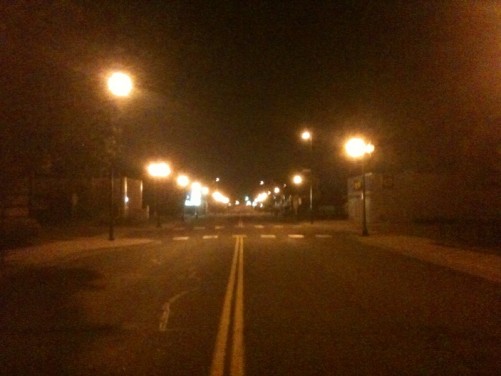 A view of Main Street after bar close on a Friday night.  For some reason I always imagined it would be a little more wild than this. 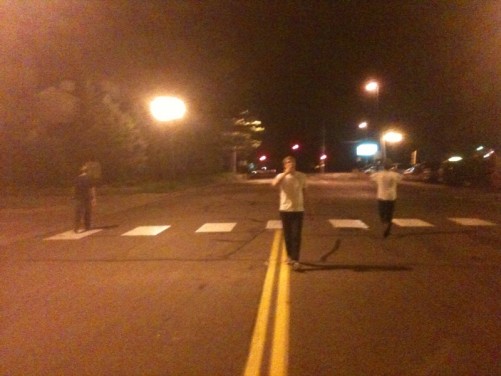 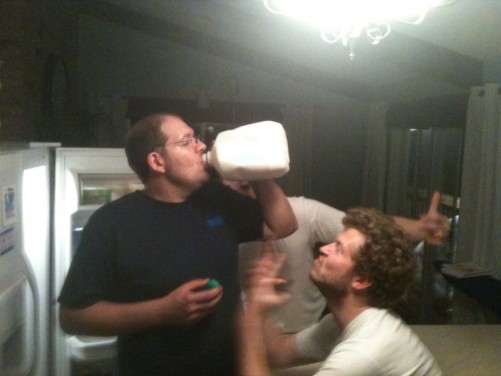 The night ended back at Jordan’s house with a strange milk chugging contest between the rhythm section.  Not quite sure why that happened, but I stand by my original statement: Legendz never die.

Anyways, having typed all of this up I’m starting to realize that publicly reminiscing about things that no one really knows about is probably super boring and never the best idea.  My apologies.  If you made it this far, thank you for indulging me.  While I would not make bar crawling in downtown Hopkins a weekly event, I really did have an awesome time with some awesome friends.  I think I got the whole reminiscing bug out of my system for quite some time too, so you won’t be subjected to many more posts like this in the near future at least.  Oh, and shout out to the Class of 2000 alumni we ran into down at Tavern on Main.  Good times.  As far as I’m concerned that was our ten year reunion right there.

I’ll leave you with a couple Bonus Jams.  The first is by Freddie Gibbs, who I must admit I had been sleeping on forever despite Paper Tiger’s co-sign.  The whistling on this “National Anthem” song rules, plus this guy’s interviews are hands down the most entertaining in the industry (almost on par with the infamous Noreaga/Life Sucks Die interview).  The other is by this band Beat Connection that MJ just put me on to recently.  You can download their whole new EP for free HERE.  It is perfect end of summer music for sure, and I’m curious to hear more from these guys.  I hope you have a great week, see you next Tuesday!