Welcome back to another unconventional Wednesdays With Lazerbeak.  Due to the Vikings crushing Monday night loss (brutal!) and the all day mastering session for the new Sims album yesterday, I wasn’t able to post this til today.  Gonna just jump right into things though with a new video.  This one comes courtesy of MPLS.TV and our friends at City of Music.  Their crew was on hand the night of the release show to capture all the festivities, and below is a live video of “Salt and Sea” starring none other than my beautiful wifepiece Brittany (who ended up getting the biggest applause of anyone that night… not cool).  It’s always tough for me to watch or listen to concert footage after the fact, because the shows generally always seem so much better in your head.  This one actually turned out really sweet though, so the cringe inducing looks on my face were kept to a minimum.  I mean we are dealing with an Ensemble of Legendz here, so I guess I shouldn’t be too surprised.  Huge shouts to Dan Huiting and his staff for all the hard work.

Well we’re two weeks past the album dropping now, and the response has been pretty great so far.  I wanted to quick point out a few interviews/features/reviews that have gone up recently that might be worth checking out if you have some time…..

Preface to a Legend: A free downloadable mixtape that DJ Anton put together of a bunch of my earlier productions.  This is awesome.

A really kind piece about the album courtesy of City Pages.  This is the one my mom sends to all the relatives.

An interview with URB.com wherein I discuss my love for R&B music in great detail via poorly punctuated text messages.

A cool breakdown by Flat Basset of his top 15 Lava Bangerz.

Seriously, if you haven’t already, please buy this joint on iTunes and help me dig my way out of tremendous debt.

Ok, enough of that stuff already.  Switching gears a bit, this last week was all about my little sister Emily getting married!  What an amazing weekend.  We had family flying in from all over the country and it was so nice to catch up with everybody while we celebrated such a momentous occasion.  Emily and Tommy have been dating for about as long as I can remember now, and I couldn’t be more excited for them.  I don’t think I’ve ever seen my sister quite so happy as when she was walking down that aisle.  So awesome.  It was a beautiful wedding, and I didn’t even butcher the cover of the Jackson 5’s “I’ll Be There” that they asked me to perform (bonus!).  I wasn’t able to get many pictures, but below is a quick rundown of what went down. 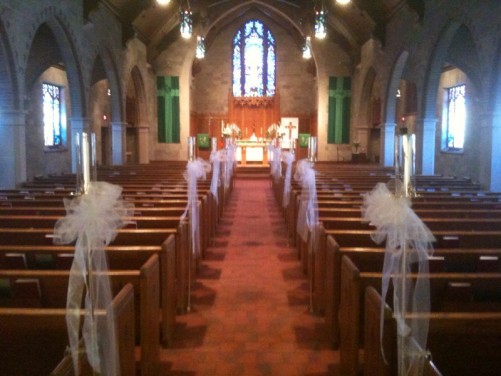 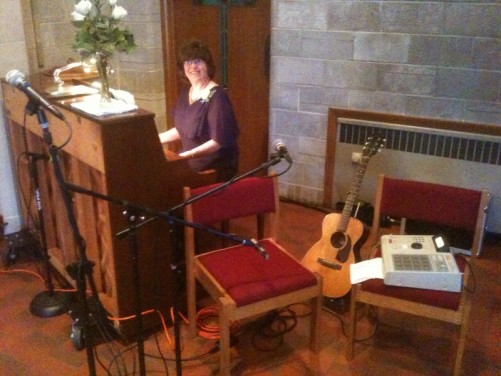 My MPC station off to the side.  I’ve never performed in a tux before and I’ve gotta say that it felt supremely BAWSE.  Might have to try that more often.  There’s my Aunt Joyce who played piano throughout the service.  Her version of Brian McKnight’s “Back At One” during the unity candle lighting absolutely slayed! 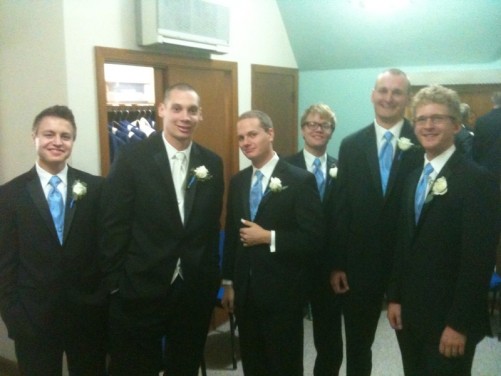 Tommy (in the white) and the rest of the groomsmen.  I had a great time getting to know these guys last week, even if my love for Halo Reach isn’t quite as strong as theirs.  I hope to defend my poker victory against them sometime in the very near future.  Huge shouts to Michael who brought the house down with his best man speech. 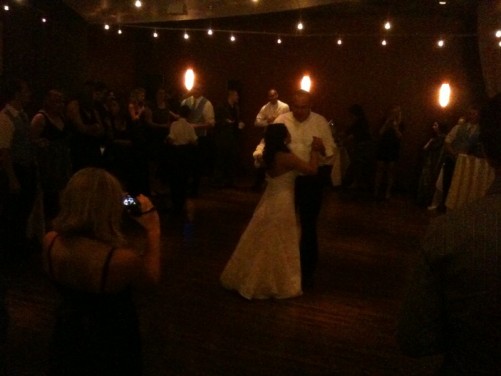 Emily and my dad (Pops) dancing at the reception.  Which not too shortly thereafter turned into this: 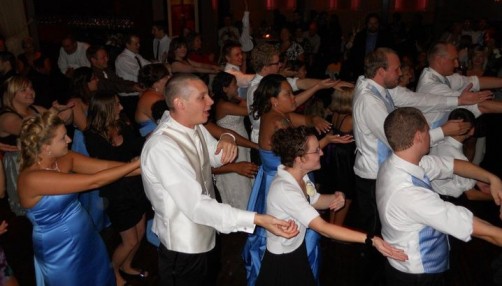 Ah, the macarena!  It had been quite some time for me, but it all came back pretty quickly.  The only unfortunate part is that I swear this song is like five minutes long.  Shouts to DJ Turtleneck for playing the jams all night though.  I knew when I walked in and heard Hall and Oates, Steely Dan, and Michael McDonald all back to back that we were in the hands of a true professional. 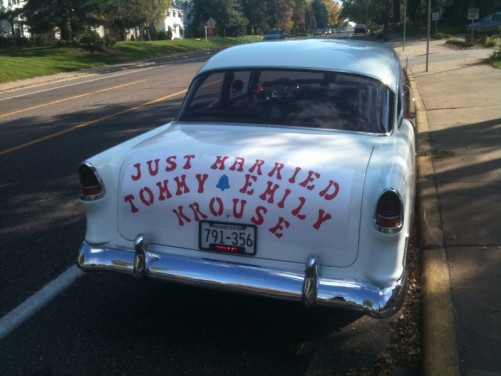 Tommy’s dad brought out the big guns for the transportation.  Nice one! 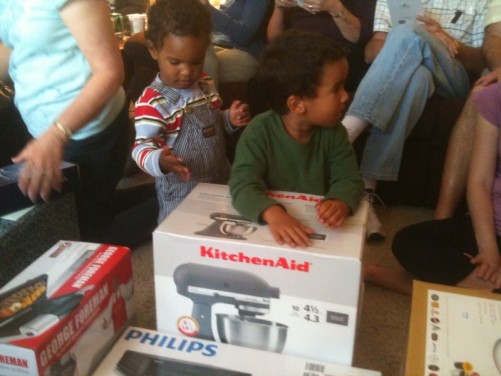 Matine and Sahmir, my cousin Nacim’s incredible kids from Ohio.  These guys drummed all over the opened wedding presents at the BBQ the next day, and are gonna be a serious musical force to be reckoned with in the coming years.

Well, there you have it.  Last week was the best.  There is no better feeling in this life than seeing a loved one happier than you’ve ever seen them before.  I’m so thrilled for you Em!

I’ll leave you with a few more Bonus Jams before I go.  Lately I’ve really been diving back into the turn of the millennium R&B music that I listened to in highschool.  For some reason these albums are really standing the test of time for me.  I’ve gone through Dave Hollister and Jaheim, and now it’s time for Carl Thomas.  I’m assuming you remember “I Wish” as his big hit (if not the song itself, at least Jay-Z’s off key interpolation on “I Just Wanna Love U”).  His album Emotional came out as the powerful Bad Boy era was still in full swing, and Diddy’s in house production team is responsible for how insanely awesome everything sounds on here.  I’ve been bumping this in the Camry all week and it truly knocks to this day.  I highly recommend it.  For some reason it kind of reminds me of mid career Stevie Wonder, even though their voices are much different.  Don’t really know how to explain it but there’s something about the vocal melodies he uses that bring it all back.  Anyways, sorry for all the slow jams as of late.  Below are a few tracks off the album I was able to find on YouTube (they’ve disabled a lot of the best joints though, so seriously check out the full album).  Have a glorious week.  See you next Tuesday!