Well, that certainly wasn’t the most high scoring/remotely interesting NCAA Championship game I’ve ever witnessed.  Oh well, the two Final Four games were both awesome so I’ll let it slide.  Not a whole lot to report on this week.  We have started the process of making the next Doomtree crew album, which means it’s time to pool together a grip ton of beats and see where we’re at.  I’ve been getting together with Cecil and Stef twice a week to work on new beats together, something we’ve never really done much before in all of these years.  It kind of rules actually.  Here are a few mandatory studio shots: 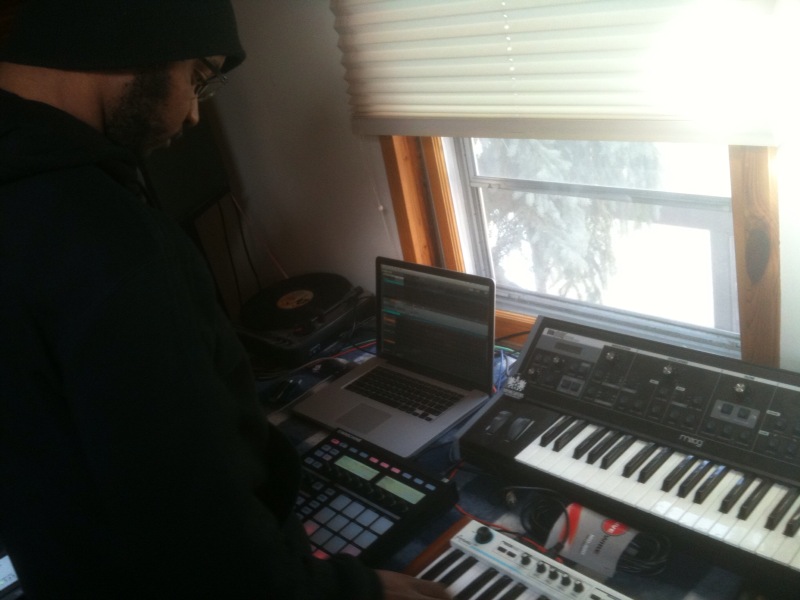 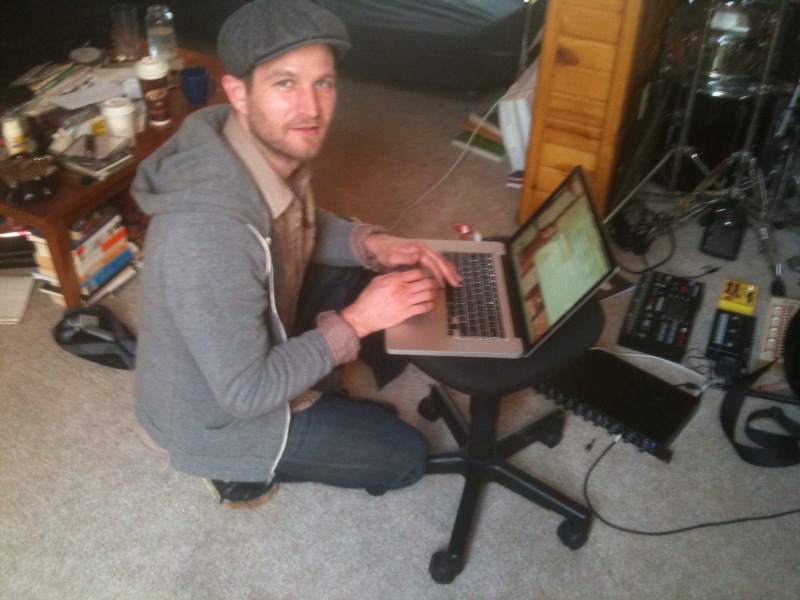 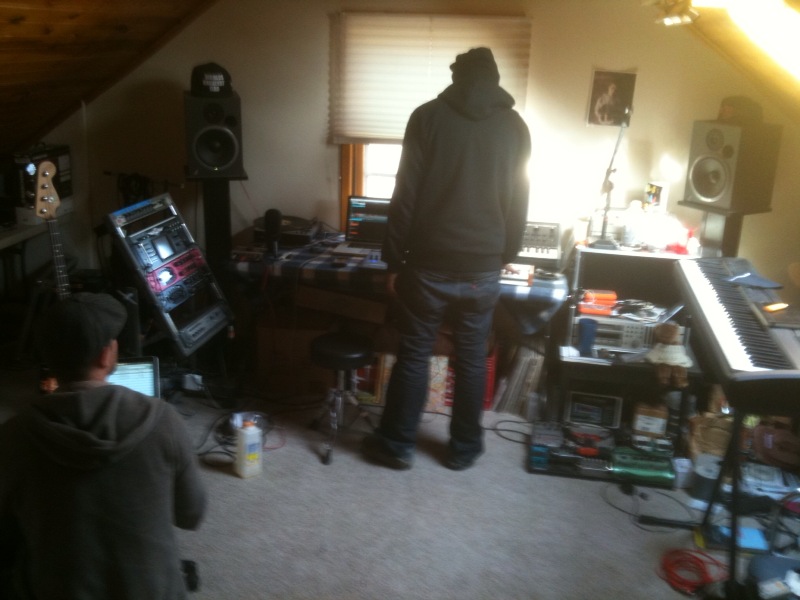 It’s coming along nicely.  I’ll try to keep you updated on the whole album recording process over the coming months.  In other exciting news, I’m very excited to announce that Bad Time Zoo will be getting a vinyl release this month!  Our good friends over at Modern Radio (legendary local label with a ton more vinyl experience) are co-releasing it with us and we just got the test pressings back yesterday.  Here’s Tom Loftus from Modern Radio giving it a listen to make sure that thing knocks right. 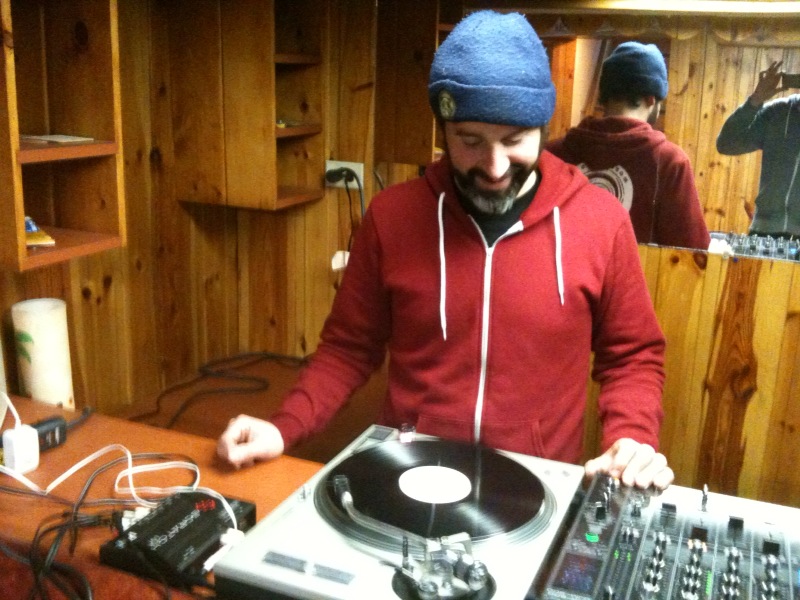 We’ll have all the pre-order details up here in the coming days, so definitely stay tuned for more info.  For now just know that it is gonna be gatefold, double vinyl, and absolutely beautiful.  Also, if you’re around the Twin Cities this Thursday night I’ll be doing a live Lava Banger set as part of Tom’s new DJ night at the Kitty Kat Club.  I go on around midnight, come through and crush brews with me! 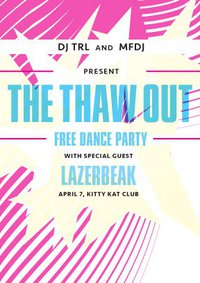 Don’t really have a whole lot more to get into this week, so I think I’ll just talk about a few things that totally rule to me.  That’s kind of why this blog was started in the first place.

I’ll start out with The Weeknd, who somehow just released probably the best album of 2011 out of nowhere in the form of a free mixtape.  I hadn’t heard of these guys til last weekend, and within 5 songs I was completely hooked.  Haven’t listened to anything else since.  I’m sure my complete adoration for all things R&B doesn’t hurt with this either.  It kind of sounds like the best parts of The Dream’s second and Drake’s first albums, only way darker/meaner and more paranoid.  There is definitely some 90’s R&B technique in there as well but in an awesome subtle way.  This might not be your thing at all (the lyrics alone might be a deal breaker for some), but it’s definitely worth giving it a shot.  The first five tracks alone are instant classics in my opinion.  I’ve never thought that R&B music needed any saving, but this thing coming out of nowhere does feel a bit like the future of the genre (or at the very least a much welcomed spin on it).  I’m no music journalist though, so I’ll let you check it out for yourself.  It’s free over at www.the-weeknd.com right now.  Below is one of my serious jams.

Next up:  Despicable Me.  What took me so long?!  Again, I’m sure my complete adoration for all things animated kids movies doesn’t hurt, but this movie is an absolute monster!  I watched it twice last week, and while Finding Nemo will always and forever be the greatest movie ever made (animated or not),  this one is more than worthy of a bit of high praise itself.  Pharrell did the score (or at least sang all over it) and actually really killed it.  Plus there are an endless amount of laugh out loud moments throughout the entire thing.  Those minions rule!  Kids or no kids, you really should see this movie.  Here’s a clip that won’t do it justice, but you get the idea.

And for my last pick, a bit of a potentially unpopular choice: The Academy of Country Music Awards.  It’s no secret that I’ve slowly been getting into a little bit of new country.  So on Sunday when we found out they were doing a big awards show down in Vegas we made sure to tune in and see what a country award show really looks like (shouts to Cam and Liz for being good sports and enduring this).  It was awesome!  They didn’t even hand out an award for the first hour or so, just had a ton of performances.  It felt more like a highlight of the genre as opposed to a big industry pat on the back fest like most other shows.  We decided to put a little money on it and created a bracket to keep things interesting.  Here were my (highly uneducated) picks. 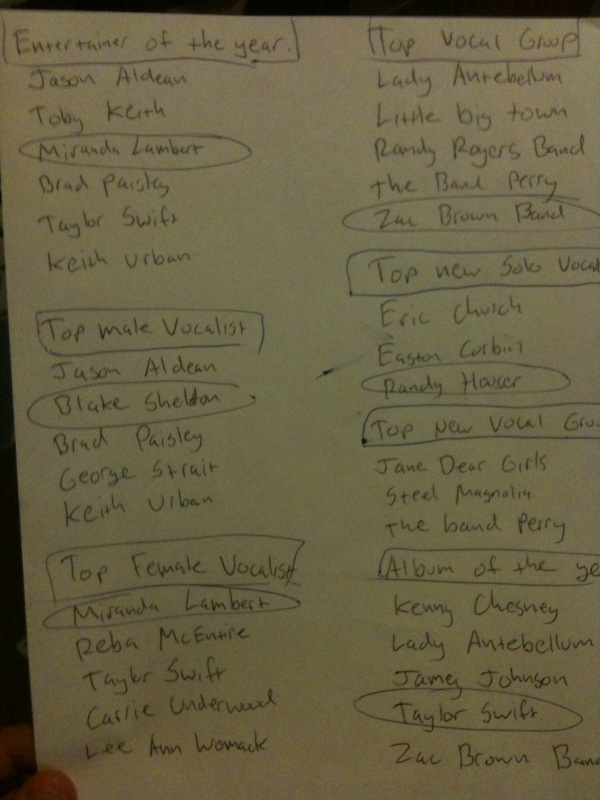 Unfortunately the sole category I got correct was Top Female Vocalist.  1 outta 7, just horrible.  Between that and my embarrassing NCAA bracket showing, I may have to come to terms with the fact that I’m just not cut out for sports/country music award show gambling.  Anyways, I thoroughly enjoyed watching these awards.  Don’t get me wrong either, I don’t love all of this type of music.  A lot of it is completely ridiculous, just like every other genre.  There are some serious gems though if you take the time to sift through it.  Here’s a clip of Zac Brown bringing out the big guns (James Taylor!) and closing out the show.  Skip to the 4:00 mark if you wanna see them break into “Sweet Baby James” out of nowhere.

And since we’re talking about James Taylor, let’s throw in a special live concert Bonus Jam of my favorite JT song ever, “Your Smiling Face.”

Haha, possibly the whitest funk of all time!  Man alive.  Anyways, that about does it for this week.  I’ll leave you with a few more Bonus Jams by The Weeknd because I am (maybe just a little) completely obsessed with them.  I hope you have a truly great week and I’ll see you next Tuesday.