Bam!  Welcome back to another Tour Days With Lazerbeak.  We are currently at the start of week three of the Into The Spin Tour.  Scottsdale, AZ at this very moment in time.  I hope everyone had a great Mother’s Day.  Here’s a quick video of Dessa and I competing to see who could get a hold of their Mom first.  Apologies in advance for my badly burned Midwestern complexion.  A week straight in Cali will do that to you.

Van call is in a half hour, so I’m going to attempt to blaze through the last week’s worth of photos.  Here goes nothing. 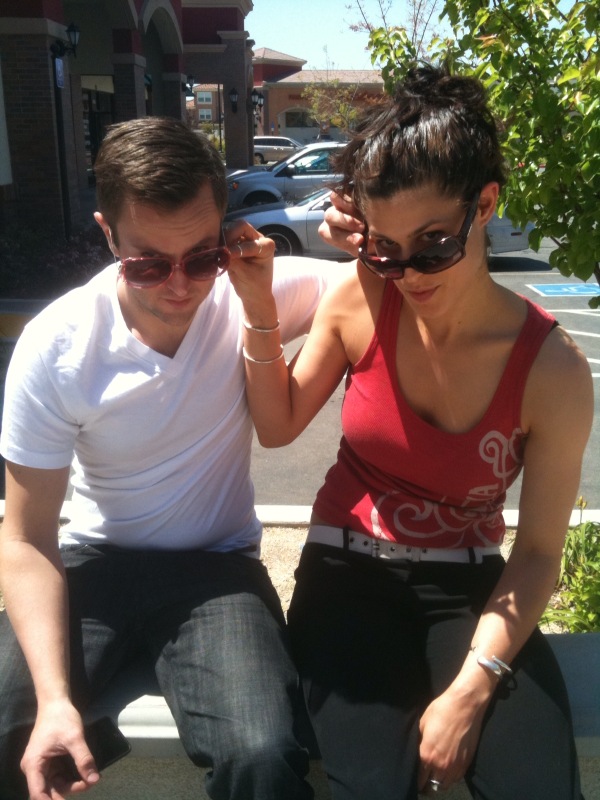 Dessa and Sims in defense of all sunglasses everywhere.  Like I mentioned earlier, that California sun is not to be played with.  This picture reminds me of a promo shot for Night at the Roxbury 3. 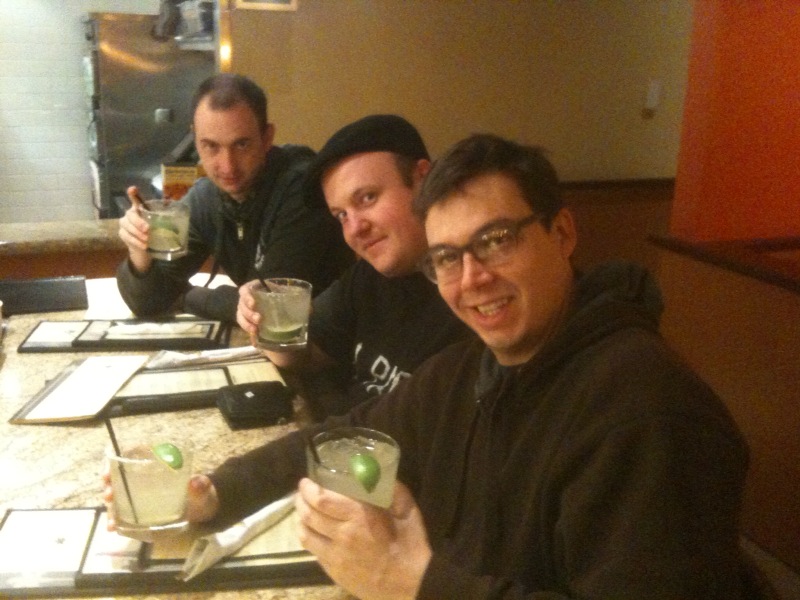 Dessa’s live band continues to completely murder every single show.  Here they are at the nicest restaurant we’ve been to yet: California Pizza Kitchen.  We’re looking for an endorsement from their delicious Ultimate Margarita. 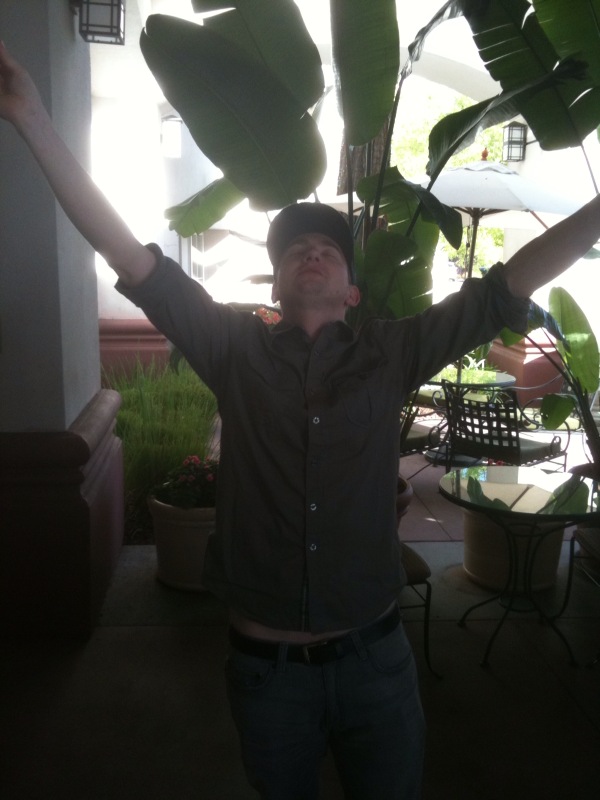 Dustin mere seconds after discovering that he hadn’t in fact left his custom fit earplugs at the previous venue.  Redemption song! 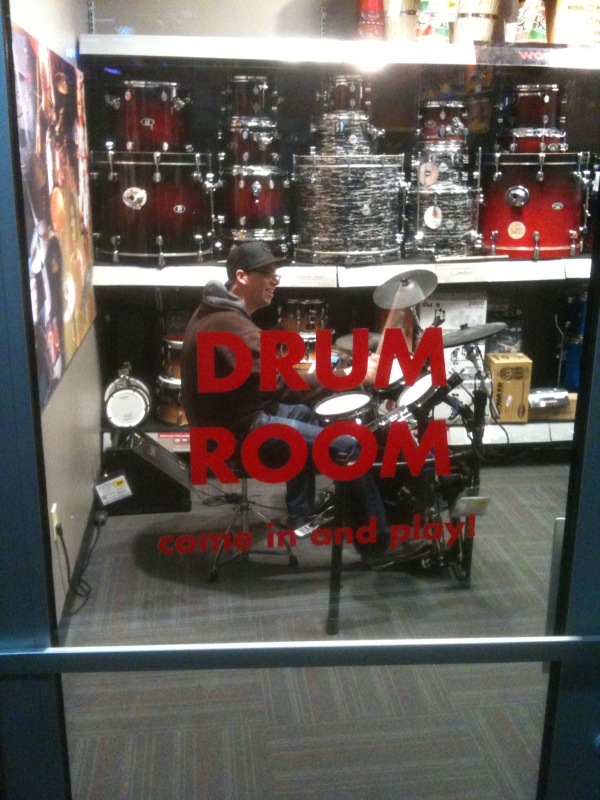 We stopped at our first music store of the tour and Joey just couldn’t resist going in on the electronic drum set.  I guarantee there will be a We’re Working Hard video of this as soon as I figure how to dump the footage off my phone. 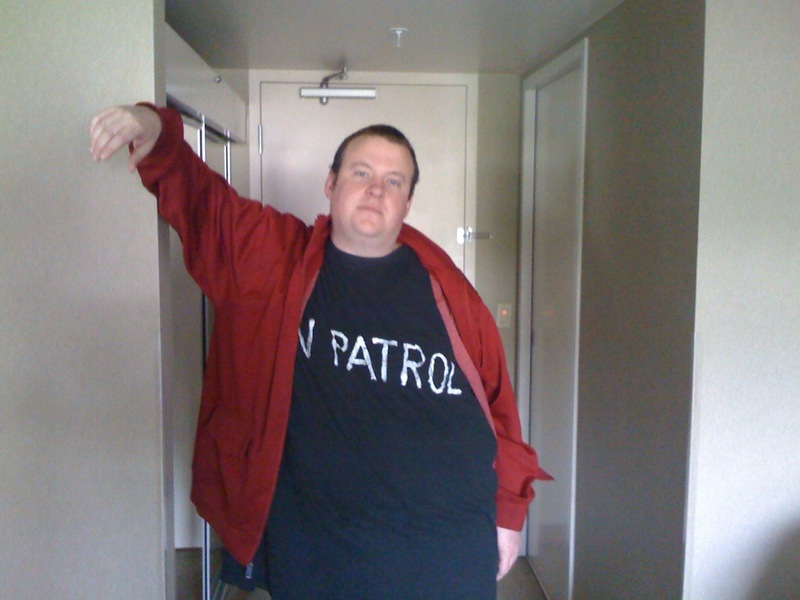 Here’s Sean rocking a shirt that says “Fun Patrol.”  He means business too.  I can’t think of any better title for this man. 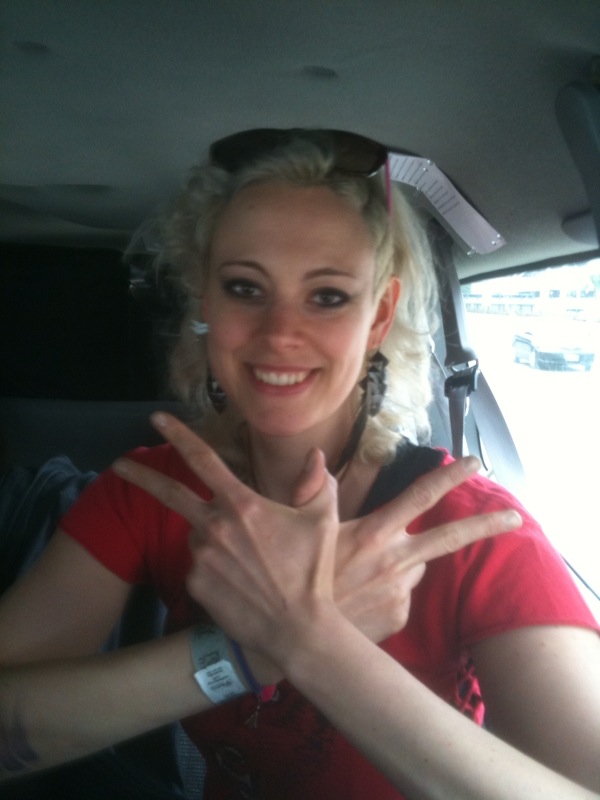 Our good friend Aby Wolf flew out to the San Francisco and L.A. shows to sing with Dessa during her set.  She killed it.  It was also great to have a new body in the van to marvel at the beautiful California countryside with. 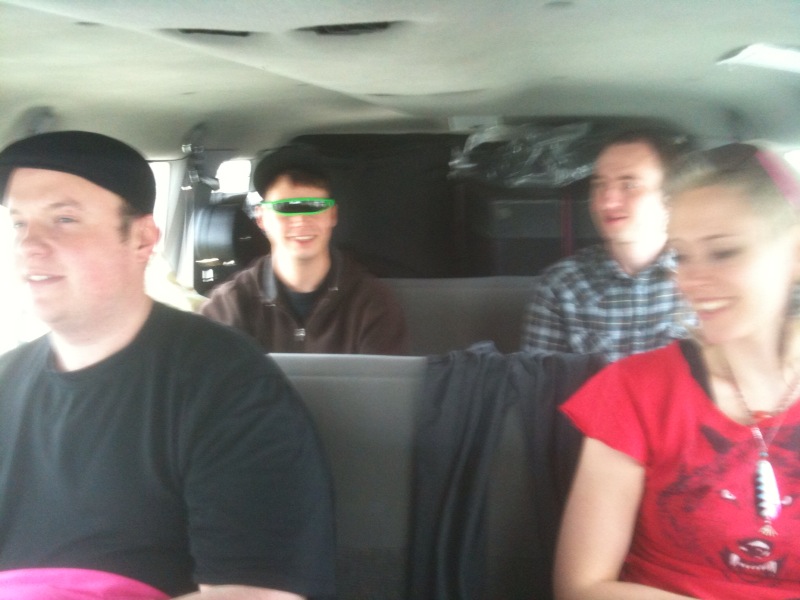 This picture doesn’t do it justice, but Joey really is rocking some sort of bizarre Futurama glasses.  Incredible. 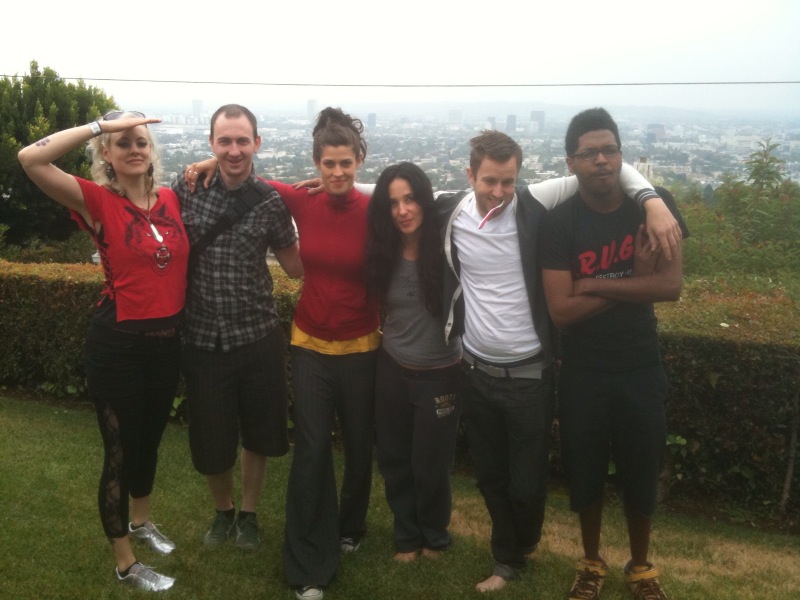 Jessy Greene (of Foo Fighters/Pink fame) came out to the L.A. show to play violin on a couple of Dessa’s tracks.  She also put us up in her insanely awesome abode in the hills.  Sweetest view of the tour by far.  Plus she has the best cat I may have ever met in my life, and that is coming from a serious dog lover.  Here is the 20 year old Murphy.  She just might live forever. 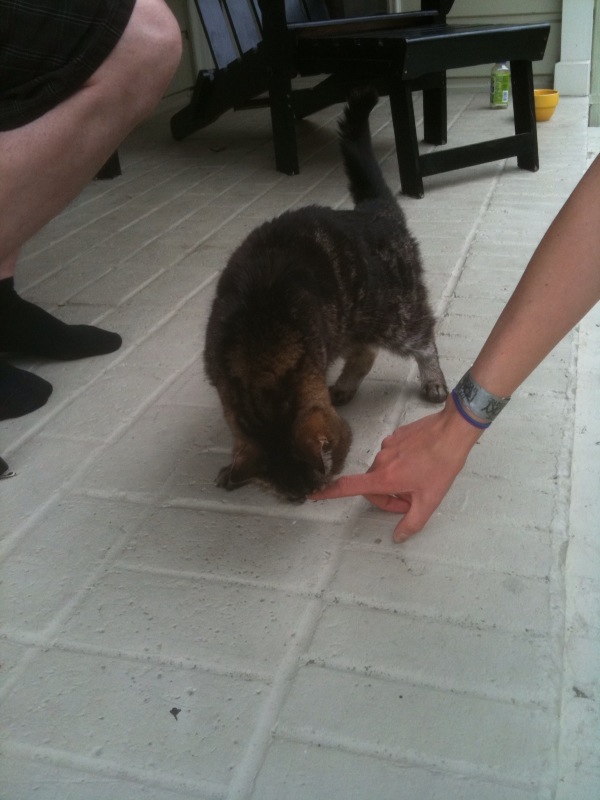 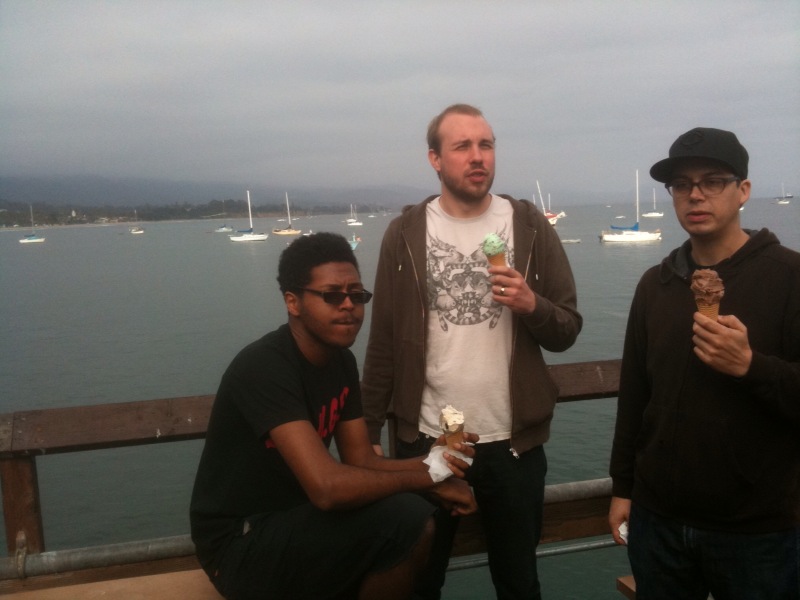 We hit the boardwalk in Santa Barbara and treated ourselves to ice cream.  I gotta give it up to Ander for making the coolest ice cream eating face in this picture.  Here’s the obligatory scenic shot of the ocean.  Seriously, water is insane. 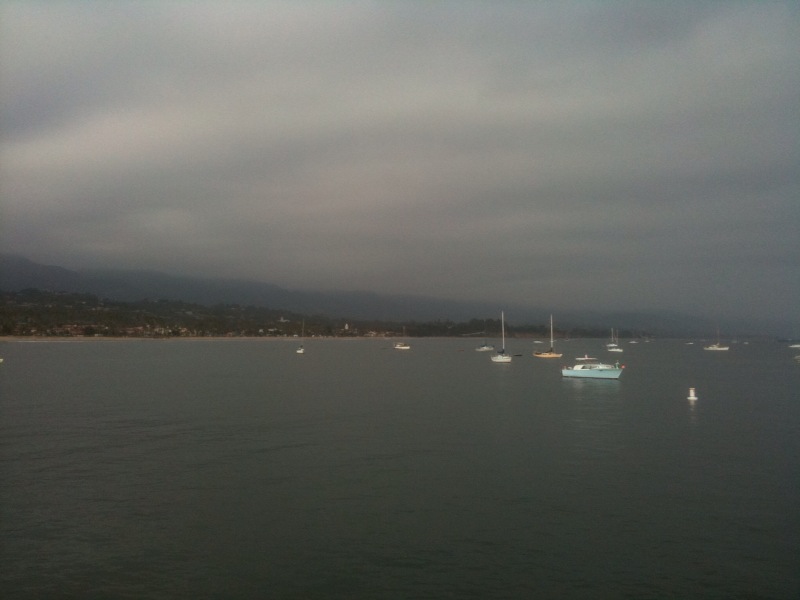 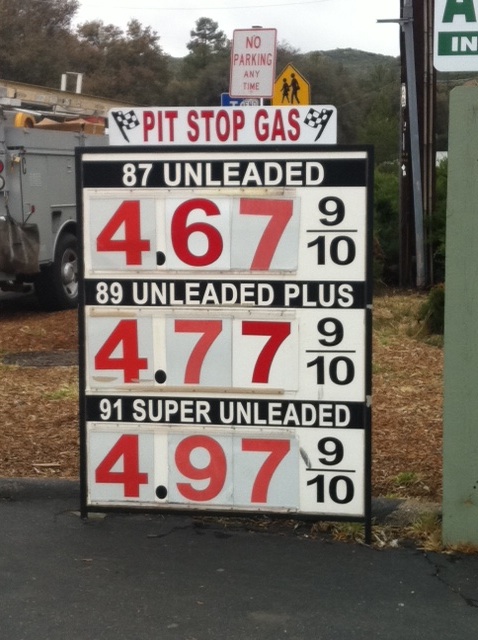 Gas is also quite insane at this moment in time.  When you’re driving a gas guzzling 15 passenger van with a trailer you really feel it.  A sincere thank you to everyone that has continued to not only come out to the shows, but also pick up a CD or a shirt at the end of the night.  It really does help us get from city to city.  Much appreciated. 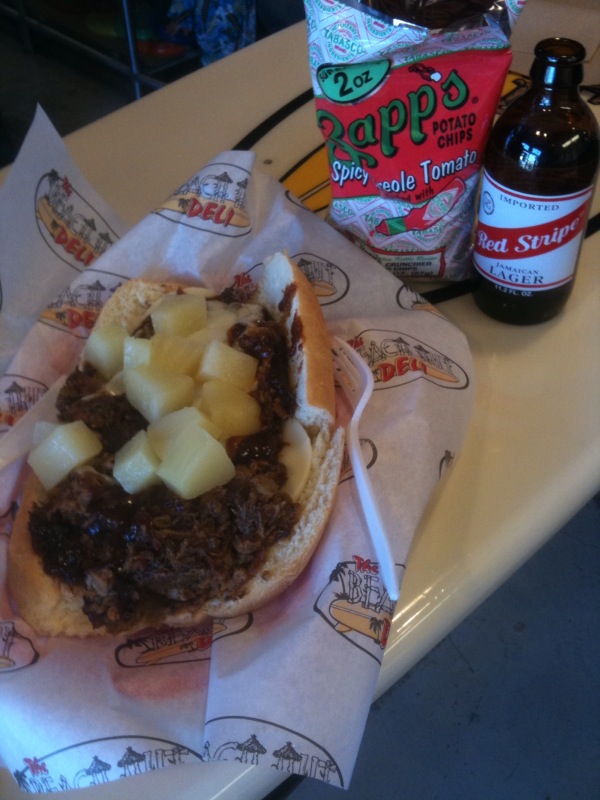 I know pictures of food never really look that appetizing to anyone but the person eating it, but best meal of the tour so far has to go to Beach Hut in Reno.  These guys really hooked it up before our show, plus they have my favorite brand of chips in the world!  I need that Zapp’s endorsement ASAP. 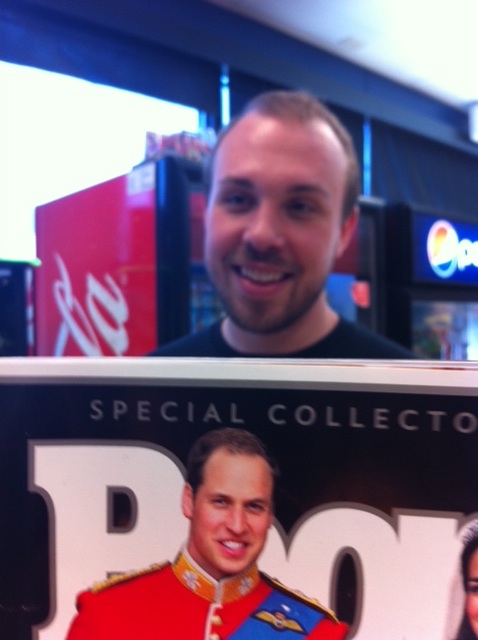 Sims is convinced that I look just like Price William, which is quite the compliment as far as I’m concerned.  He sent me this photo so that I could A and B it.  Not bad, although the white Wood Harris will probably go down as my personal favorite celebrity resemblance comment to date.  Love that guy. 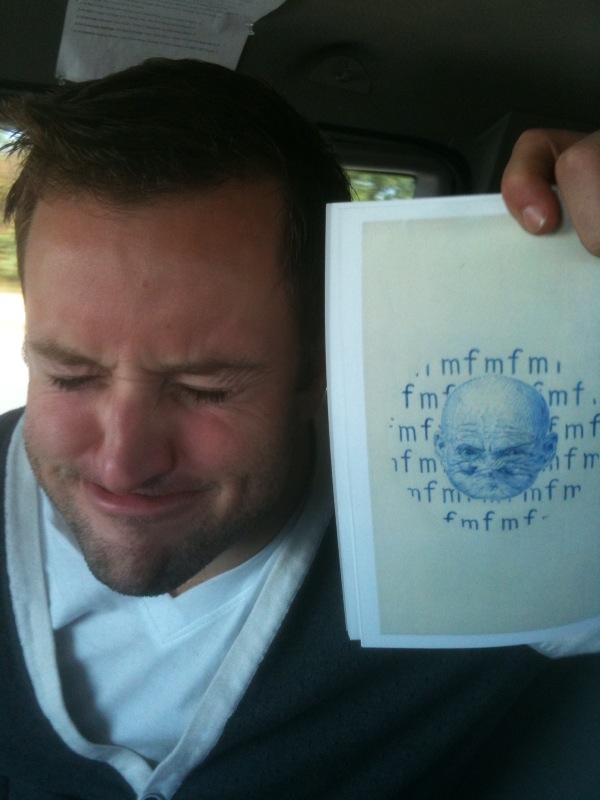 Here is my guy Young Sims bearing an uncanny resemblance to a pen drawing by an artist that Dessa is collaborating with by the name of Matt Ritchie.  Best rap face of all time. 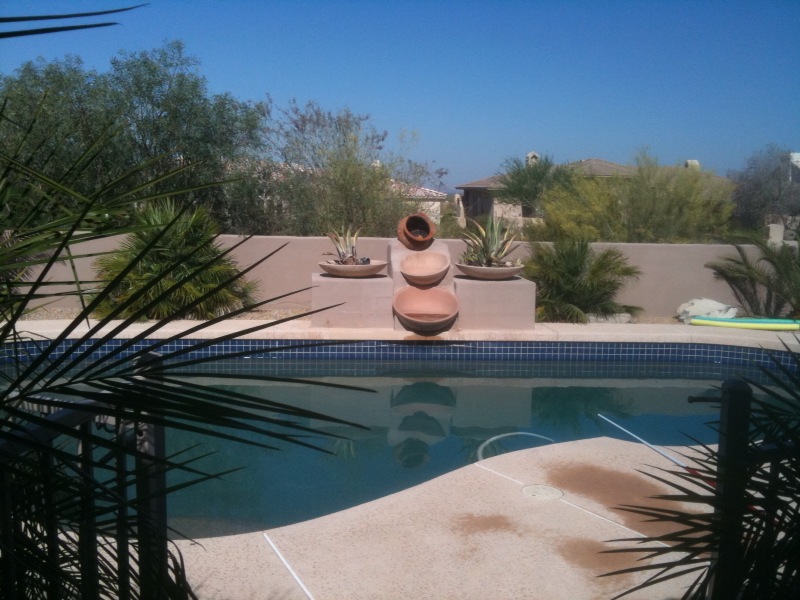 I am currently typing this blog from a beautiful poolside location.  It’s real glorious for me right now.  Some friends of friends let us crash with them in Scottsdale, and I feel like I am truly living in the lap of luxury.  Had my first swim of the tour last night, and also partook in a thrilling golf match on their very own putting green(!). 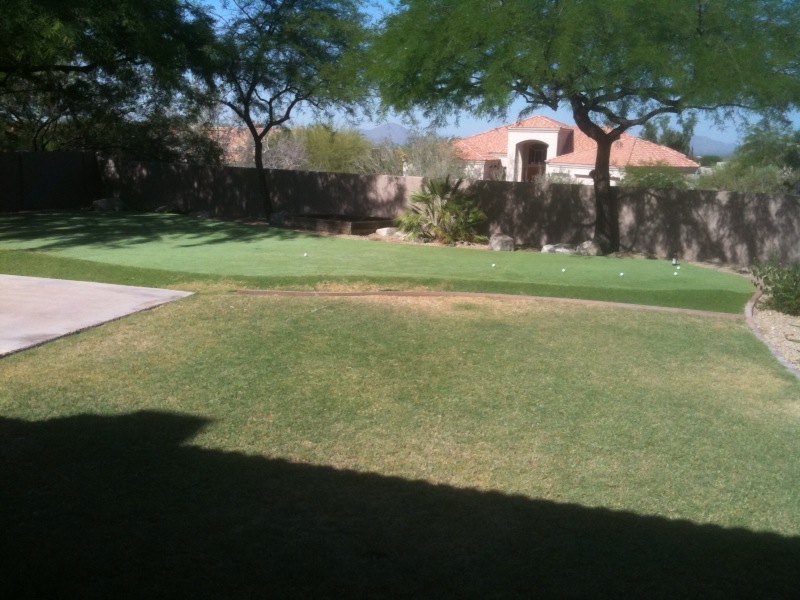 Shouts to Nate, Joe, and Kelly for putting us up, feeding us, and providing each of us with our own individual bed.  Here’s Nate hooking up breakfast in real time. 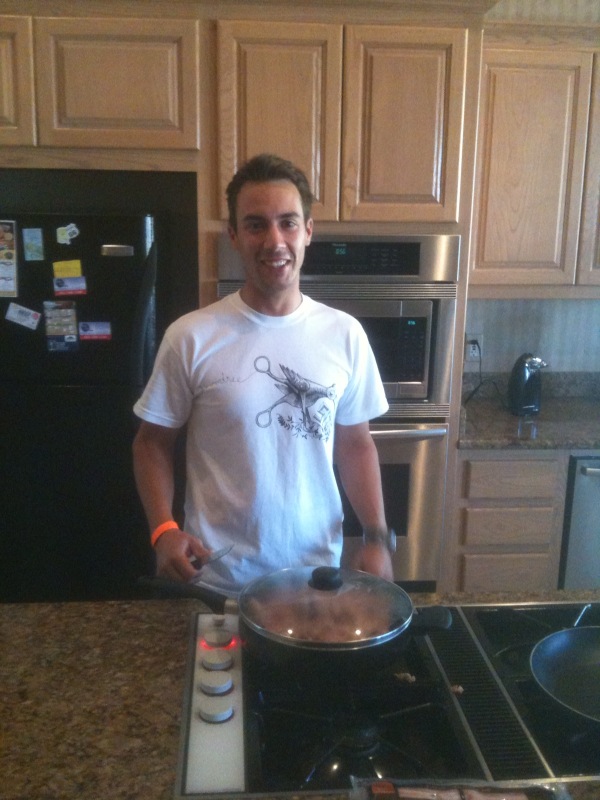 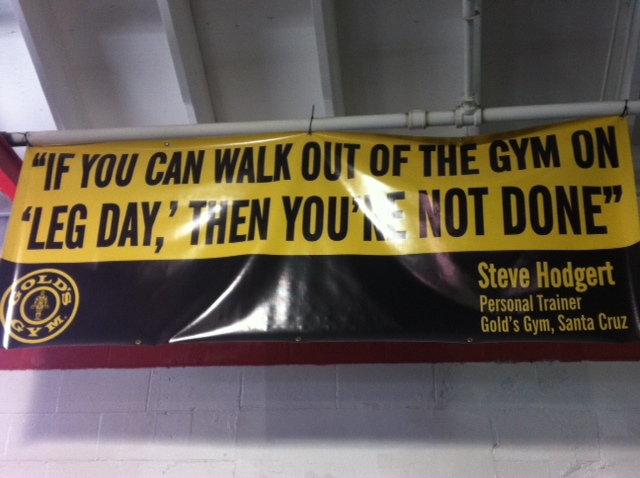 Only including this because it is one of the awesomest advertisements that we’ve seen out on the road.  I really like the idea of National Leg Day.  Nice work capturing this one Dess. 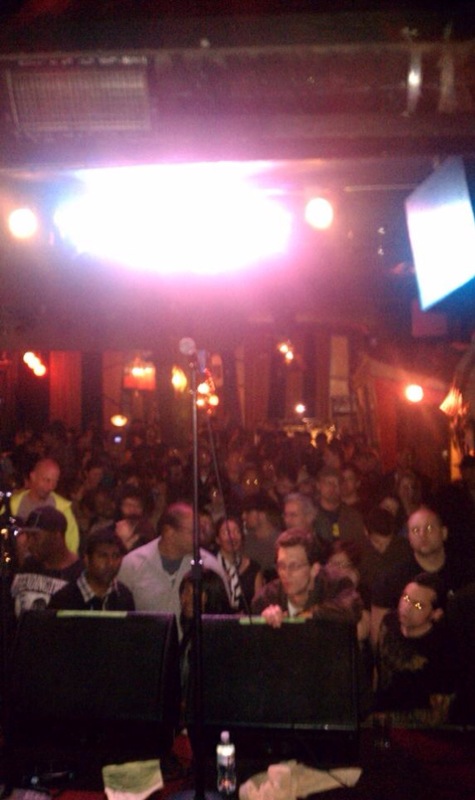 The shows have been going great.  I don’t have a ton of pictures of the performances, but here’s a shot of the incredibly hospitable San Francisco crowd.  Man, that show ruled.  Plus the SF Weekly did a feature on me in which I am referred to as “King of the Lavabangers.”  Haha, that made my whole year.  Like KG said, anything is possible.  You can check out the whole article HERE.

OK, gotta get on the road again.  I’ll leave you with a short Bonus Video Jam.  It’s a sneak peak into the upcoming Bad Time Zoo Unplugged album that we’re wrapping up.  This one might really change the game.

I hope you have a great week.  Stay tuned to doomtree.net as we’ll be uploading more tour videos and pictures from our last week of this Into The Spin voyage.  See you next Tuesday for sure.