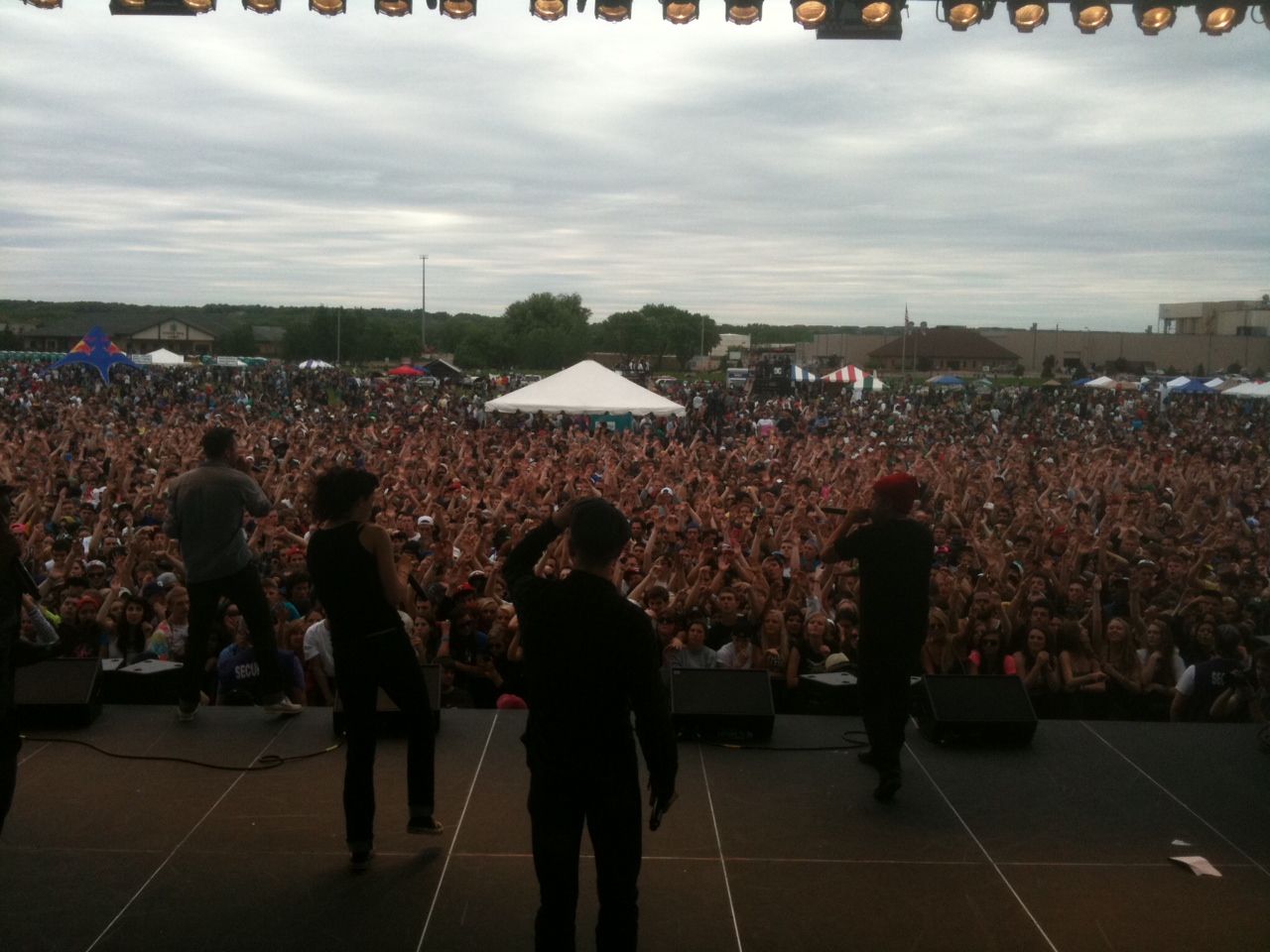 Oh man.  Soundset.  Sunday was absolutely perfect.  I have to give a huge thanks to everyone at Rhymesayers for one upping this festival every single year, and inviting us all to play the main stage for the first time ever.  There were 20,000 people there!!!  Are you kidding me man?  I think the most people I’ve ever played in front of was like 3,000 tops.  This was insane.  I had to snap that above picture quick during the last song.  Never seen that many hands in the air from the stage in my life.  Such an unbelievable feeling.  Plus we got to share the stage with De La Soul and Big Boi, and they both absolutely murdered their respective sets.  So thank you to Rhymesayers, Soundset, and everyone that made it out.  That day is gonna stick with me for a long long time to come.

Our homie Ricardo Zapata was up on stage taking pictures throughout the whole day, and you can check them all out on his Flickr page right HERE.  Below are some of the highlights from our set. 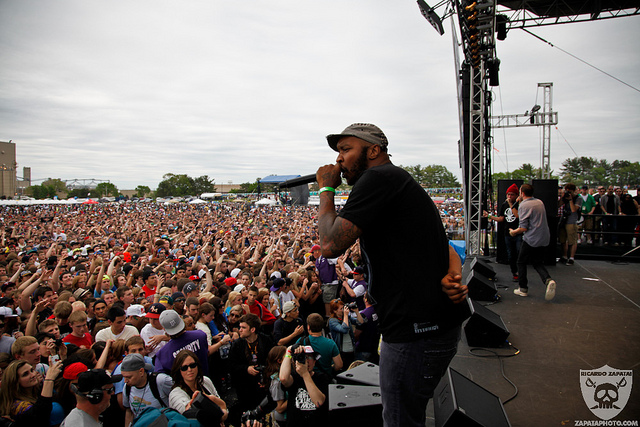 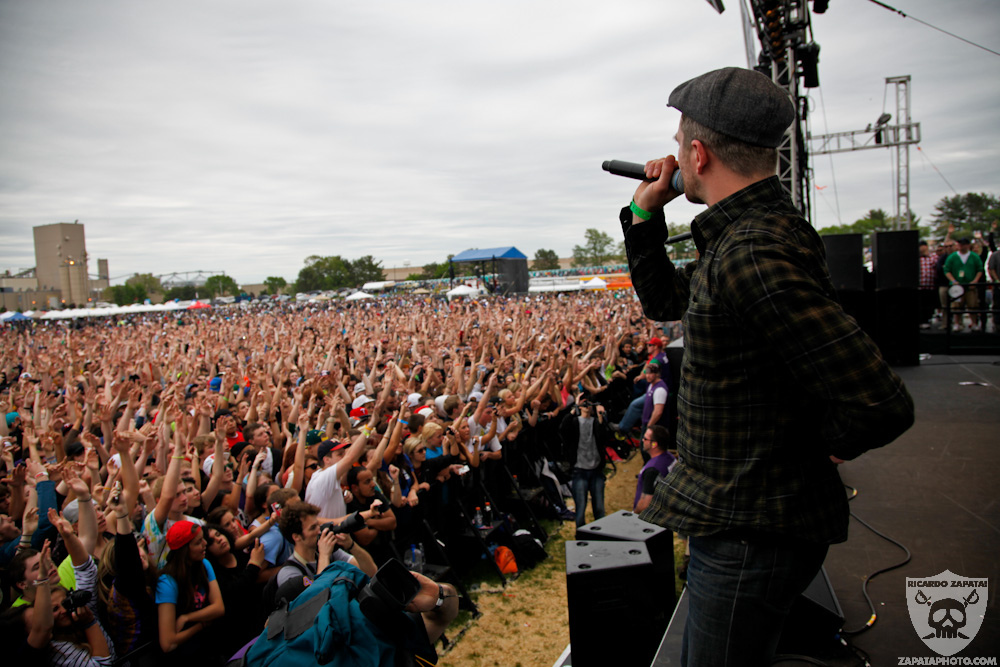 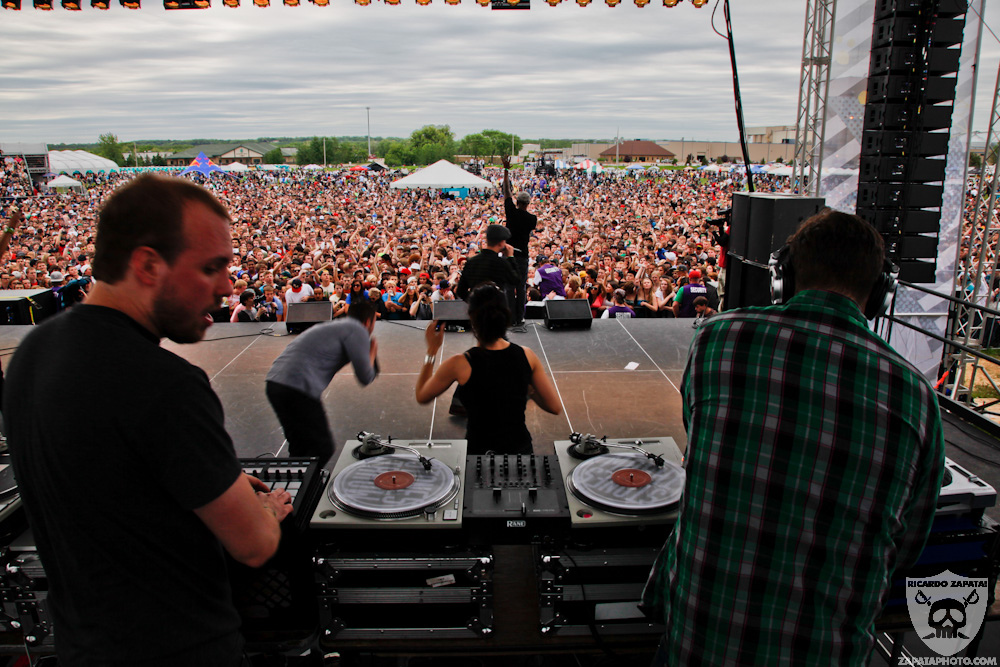 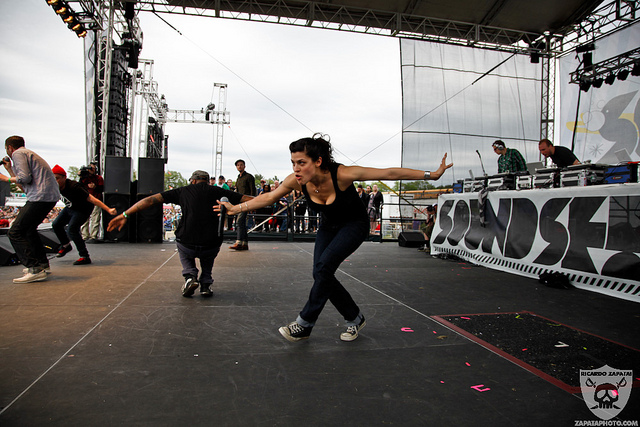 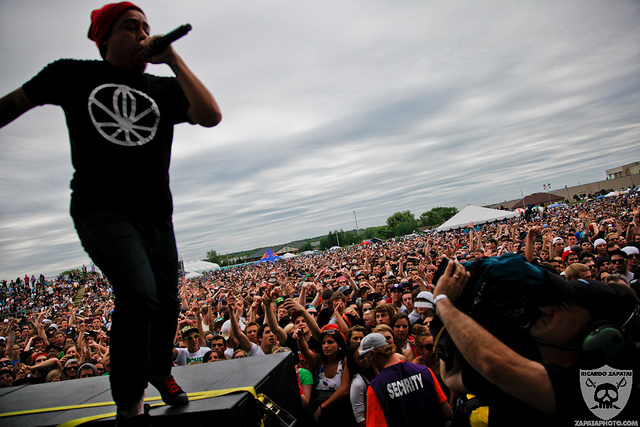 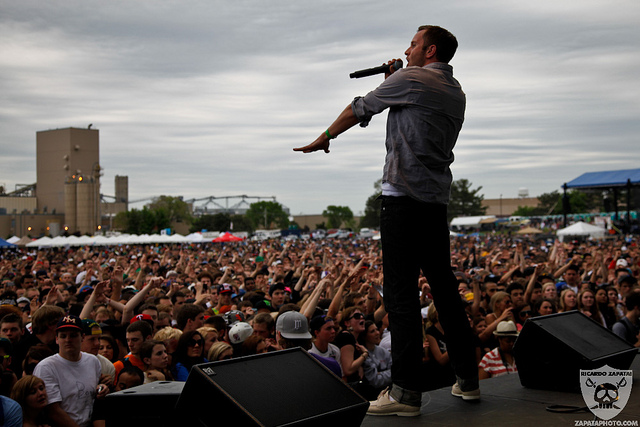 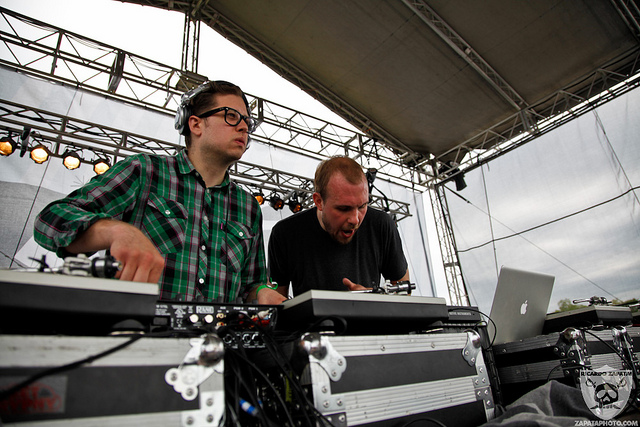 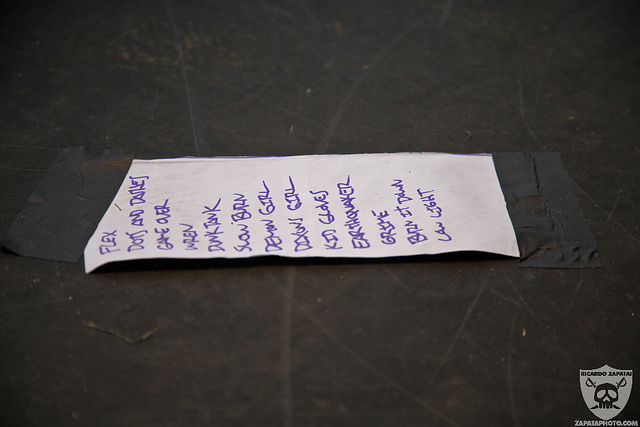 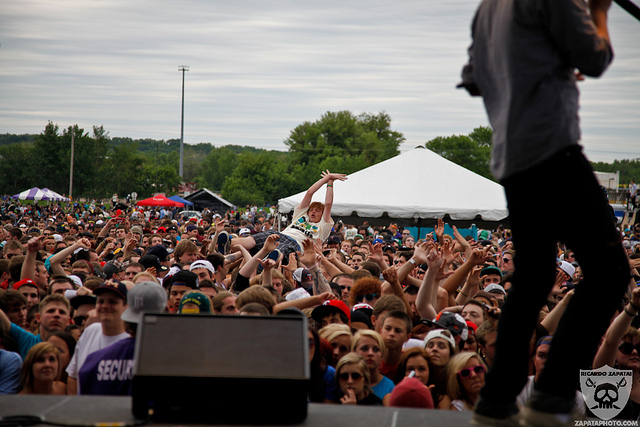 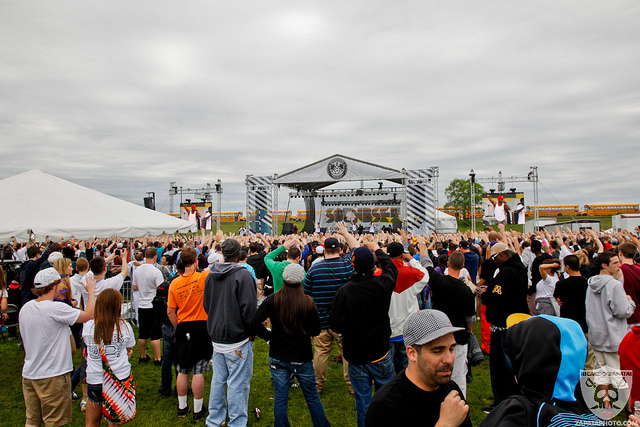 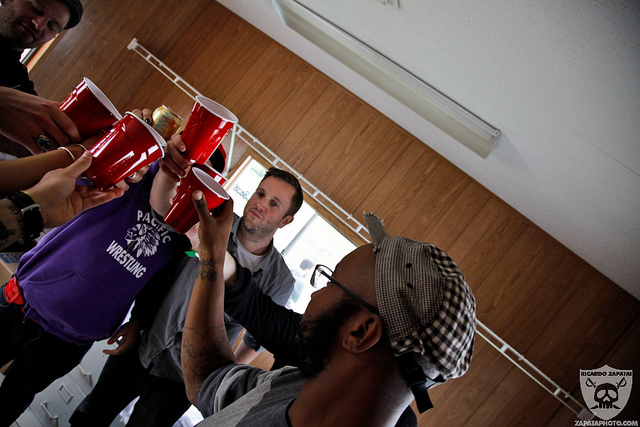 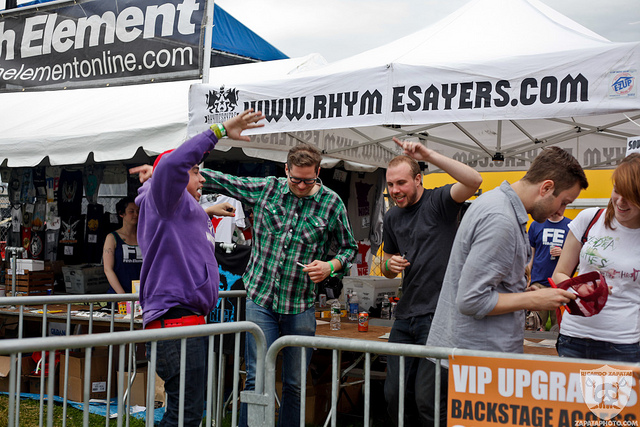 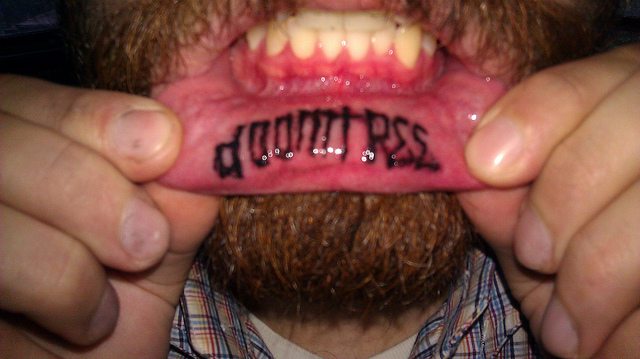 Bam!   That’s Ricardo’s new tattoo in the picture above.  Couldn’t have felt too good going on, but it turned out crazy.

So if Soundset is as hip hop as this summer gets, I spent the days leading up to it on some remote farmland/campgrounds in the middle of Illinois (Bushnell to be exact) keeping it extremely country.  Gotta make sure that balance is never broken.  It was my mother-in-law’s 60th birthday and the Cameron family threw a huge party to bring it all in right.  We stayed in the nicest double wide trailer I have ever seen (jacuzzi and a 50″ TV!) and did quite a bit of this: 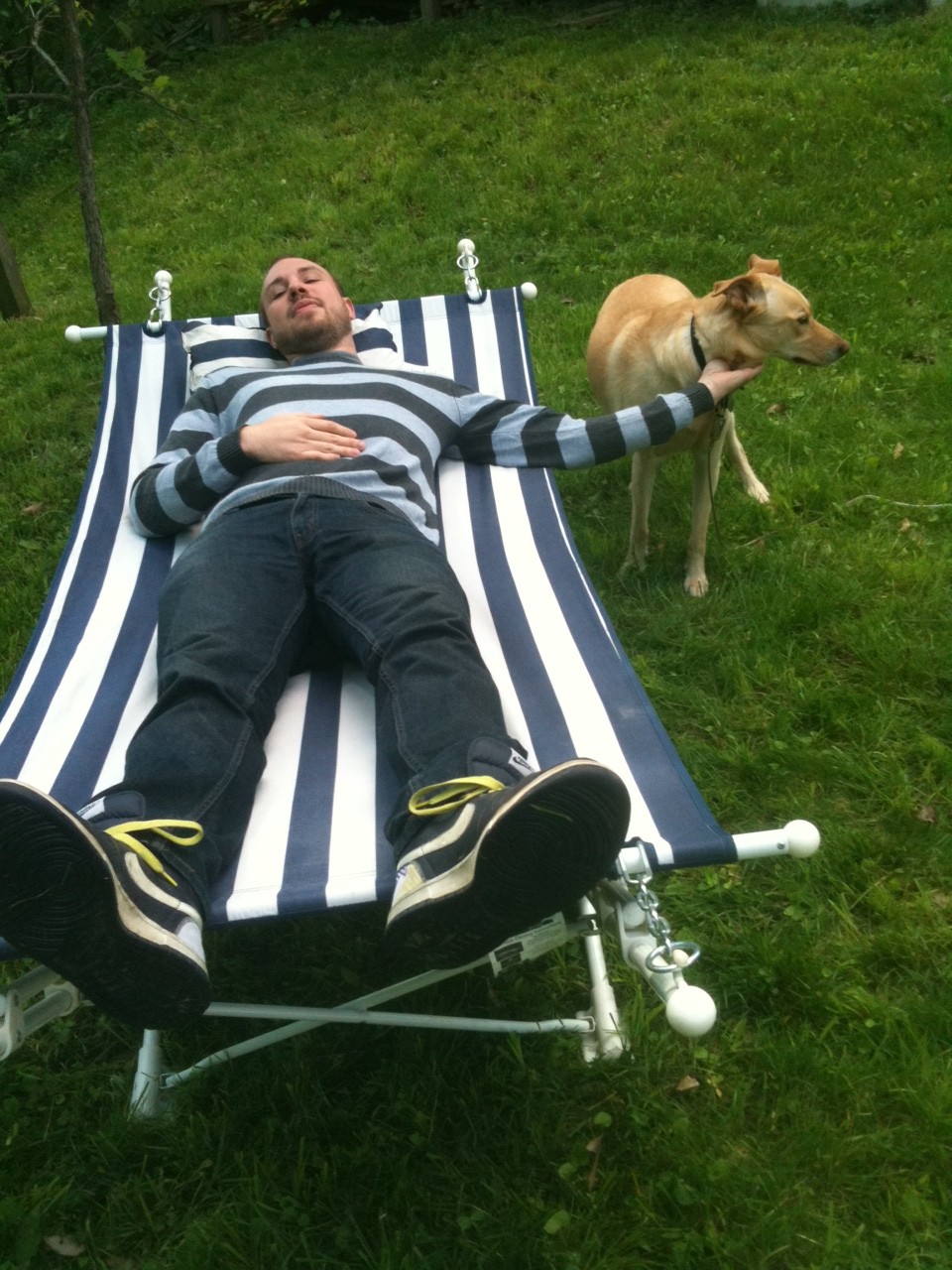 And a just a little bit of this: 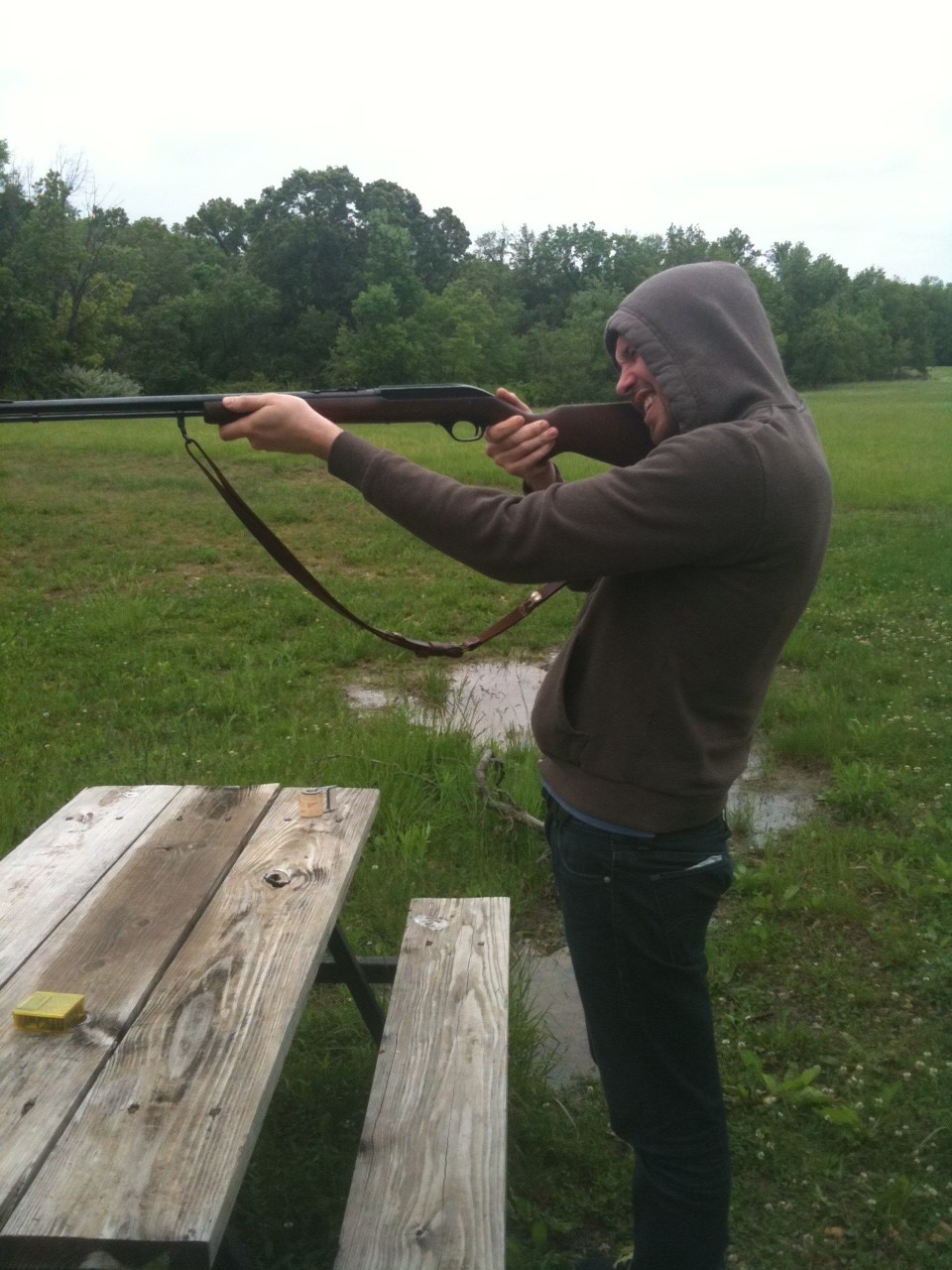 Pop cans only, I promise.  I even bought a Zac Brown Band album while I was out there.  Country!  I came down with a pretty high fever last week that finally broke towards the end of this trip, so unfortunately I wasn’t able to get more pictures.  Wanted to wish Janet an extremely happy birthday though and thank the entire Cameron family for the amazing hospitality.  Haven’t eaten that many steaks in quite some time.  It really was a wonderful getaway.

Anyways, that concludes my week in hip hop and country photos.  I’ll leave you with about one million Bonus Jams from some of my favorite Soundset performers.

De La Soul.  We were only able to watch their set from the meet and greet signing booth, but they were easily the highlight of the day (that picture of me, Papes, and Mike dancing like idiots is from their set).  Stakes Is High remains an all time classic to me.  These dudes definitely haven’t lost a step.

Big Boi.  Nothing but the hits man.  This guy is an institution.  The Outkast tracks were great (he even did Ghetto Musick!!!) and his DJ was seriously on point.

Curren$y.  I haven’t been a huge fan of his albums, but live he was pretty amazing.  Some of the best in between stage banter I’ve heard in awhile (“Everybody give it up for my best friend in the whole world!” and “It’s OK, I know it’s all love.  You can put your arms down for a song or two.”)  Hilarious dude.

Brother Ali.  Him and Bill brought out some serious old cuts that I hadn’t heard in forever.  “Room With A View” is still such a monster.

Toki Wright.  I’m throwing him in here because he hosted his ass off all day on that main stage and held it down.  If you don’t have A Different Mirror yet you need to change that ASAP.

Atmosphere.  Wasn’t able to stick around for most of their set, but I’ve been enjoying the new album quite a bit.  The band really pulled it off.  Here’s one of my favorite tracks.

MaLLy.  I didn’t get to see much from the second stage this year, but we were able to catch MaLLy’s set early on and he killed it.  The ultimate homie.  Here’s his brand new awesome music video.

OK, that’s about it for now.  I’ll hopefully have a bunch of pictures from the Soundset production showcase up next week.  It was great to kick it with so many talented producers and friends to start off the day.  I hope you have a wonderful week and I’ll see you next Tuesday with a post for the ages.  Trust me.