Well helloooo there! This is Dessa writing to bid you a very Good Morning!

Okay, first things first: Lazerbeak is just fine. He is safe and he is comfortable and he is breathing easily through the tape. And now I am here. To hijack his blog.

Welcome to Tuesdays with Lazerbeak Dessa.

Today I am announcing the details of my new project, Castor, The Twin. Those of you who subscribe to the Doomtree mailing list received this news yesterday. (And, on the whole, you were pretty good keepers of secrets. #cyanide.) From here on out, Doomtree will be sharing news and music with the mailing list before we take it to the wider world. If you’re inclined, you can sign up at the bottom right-hand corner of the page.

Castor, The Twin drops on October 4th, with a release show on October 28th. There are 11 tracks: 10 are ambitious rearrangements of previously released songs, the other is an advance single from my next full-length project. 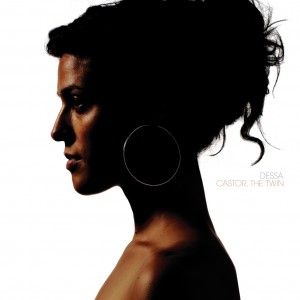 Those of you who’ve attended a live show in the past year know that I’ve been performing with a pretty killer live trio. Sean McPherson plays bass, Dustin Kiel plays keys and guitar, and Joey Van Phillips plays drums. Whenever we can, we corral Aby Wolf to sing too. The album owes a lot to the musicianship and imaginations of these performers. We recorded the project exclusively with live players–no programmed stuff this time around–and it leans towards a classical sound. The instrumentation involves stand-up bass, grand piano, timpani, vibraphone, mandolin, and viola.

The album title references the twin brothers Castor and Pollux of Roman mythology (the pair of bright stars in the Gemini constellation). Pollux was part god, a fighter with metal hands. Castor was the mortal of the pair, but the two were inseparable. I was drawn to Castor and Pollux because I liked the idea that each song on the album was the human twin of the more aggressive compositions that had been released on other projects.

Every Doomtree album is something of a collaborative effort, but special thanks are owed this time around to the producers who allowed me to reinterpret their arrangements: Paper Tiger, Marshall Larada, Lazerbeak and Cecil Otter.

You can listen to the Castor version of “Palace,” originally produced by Paper Tiger, HERE.

We’ll be announcing the pre-order for record soon. If you invest $13 in a ROTH account now, you should have the $10 you need by next week.

In the meantime, I’ll be performing my last show of the summer this Saturday at the West Bank Music Festival. It’s an outdoor street fair on Cedar Avenue–reminiscent of the Cedarfest from the days of yore. You can check out the full line up HERE, though I think I’ll take stage at 8:30 as opposed to the 9 pm listed.

Many thanks for your for your time and attention.
Be assured that Lazerbeak will return in his full glory next Tuesday.
-Dessica.