We’re going on tour in less than two weeks!  Check out yet another simultaneously informative and eye grabbing video that the kid Ander put together with all the details.  The Good Time Zoo Tour: Sims, Beak, Cecil, Papes.  Tickets and more info available right HERE.

OK with that being said, over the last month or so this blog has started to feel like it might be taking on a bit too much of a salesman vibe.  Not tight.  I think it’s high time we mixed it up a little, and so I would like to present a very special post today.  I’m calling it the Longer Than Pippen’s Arms End of Summer Photo Recap!!!  Here goes nothing. 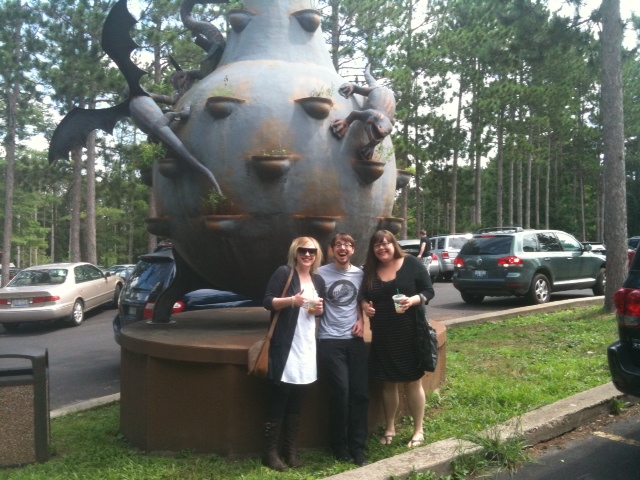 Last month Cam and I had our annual Wisconsin Couples Retreat with our dear friends MJ and Liz.  Last year was the legendary Eau Claire trip (where we ended up in the middle of a LARPers battle royale), this year we decided to try our luck with Madison.  When we arrived to our hotel we were greeted by this sign: 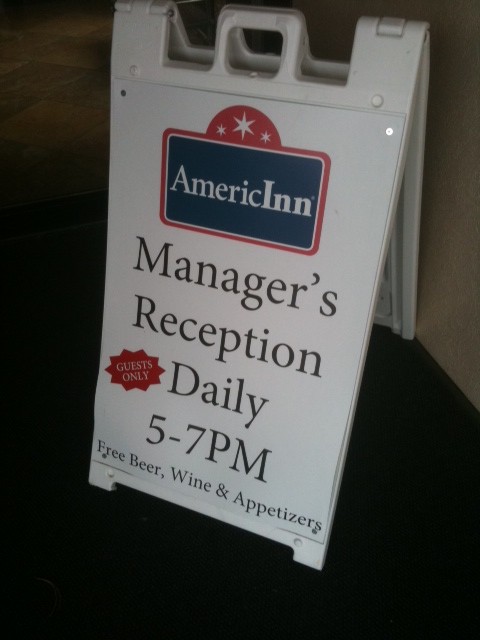 Yep, you read that right.  Free beer, wine, nachos, and chicken fingers everyday!!!  I have never heard of a hotel special like this in all of my days, and so I have to say that AmericInn is my new favorite hotel establishment (plus they had a basketball hoop in the pool, BONUS!).  Bring on those endorsement deals. 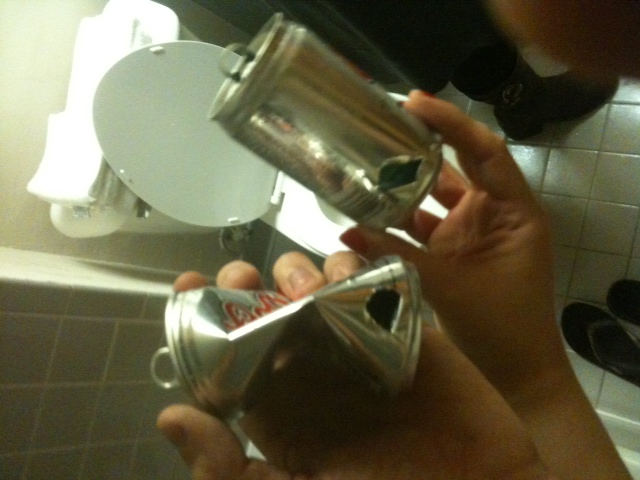 The mandatory “shotgun a Coors Light in the shower before heading out for the first night of vacation” shot. 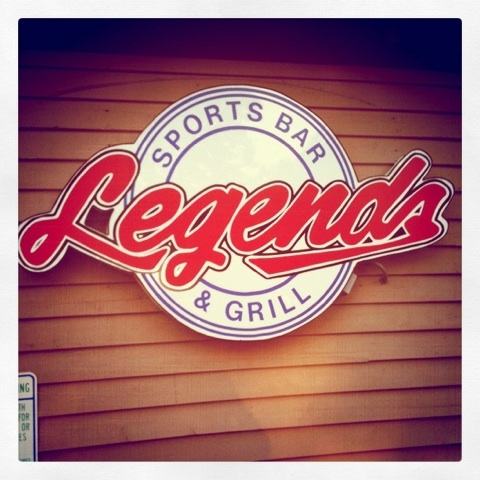 I knew we were off to a good start when the first restaurant we walked by was called Legends.  I swear that “s” almost looks like a cursive “z” too.  My kind of place.  The following day we made a trip out to this crazy tourist destination hotspot called House On The Rock.  Liz had read about how nutz this place was, and I have to say it more than lived up to that reputation.  Words cannot do it justice.  Basically the tour starts out and you walk through this cool little house that was built around and on top of a (you guessed it) huge rock.  But then all of a sudden you keep walking and before you know it you’re in a never ending poorly lit warehouse filled with one billion insane things.  Like for example, an entire room filled with fifty mannequin orchestra players that have robotic arms that are actually playing instruments and songs.  For real though. 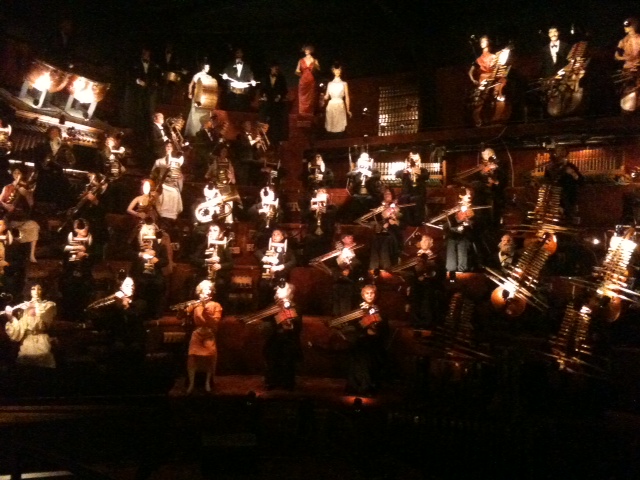 There was also a huge carousel with demons and scary animals to sit on instead of the traditional horse theme. 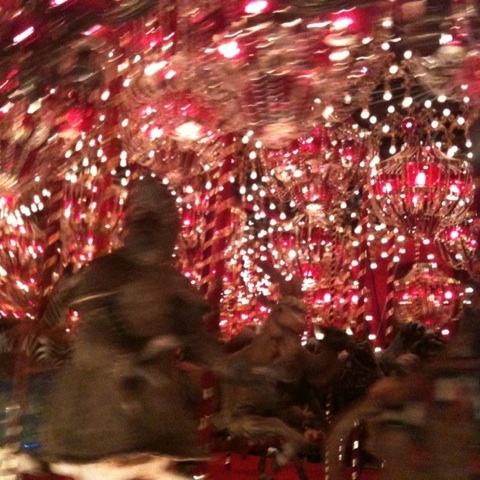 Anyways, I wish more pictures turned out.  This place was seriously messed up.  There was one five story open warehouse that housed a gigantic fake squid battling a gigantic fake whale.  Five stories tall dude.

Yeaaaaaaaaah.  So to sum it all up you kinda just have to see it all to believe it.  Some of the stuff in there will haunt me for the rest of my life.  Happy to have survived it.  The rest of the weekend was spent bar hopping, beach hopping, and creating awesome water slamdunks in the pool.  A truly memorable trip.  Wisconsin is now 2 for 2 when it comes to the Couples Retreat.  Pumped for Milwaukee next year. 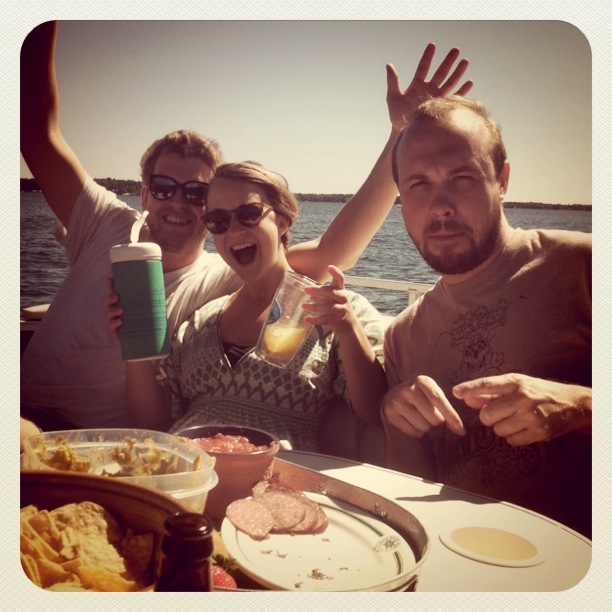 Last weekend marked another annual weekend getaway: the TPC! Family Cabin Retreat.  We got the band back together for a few days of serious relaxation and boat partying.  It was the best. 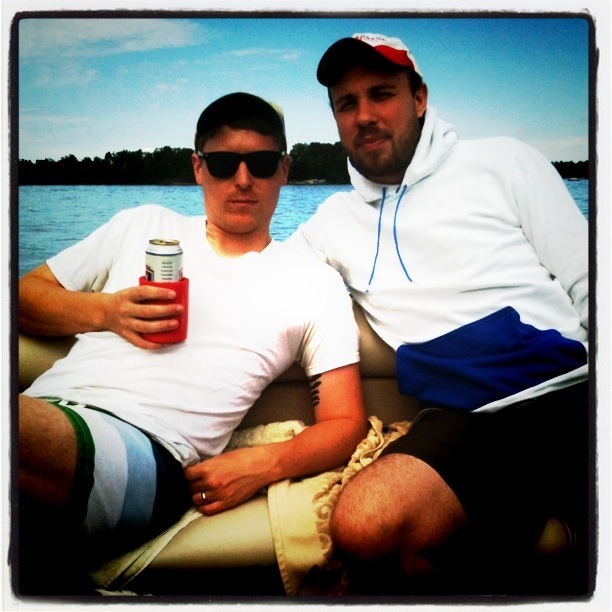 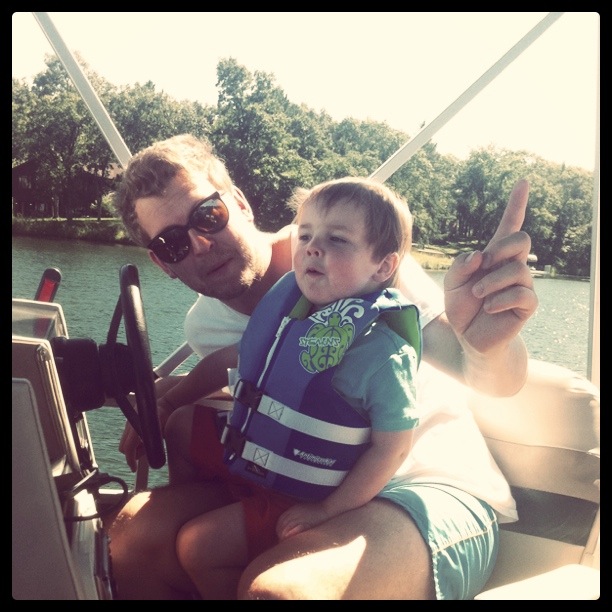 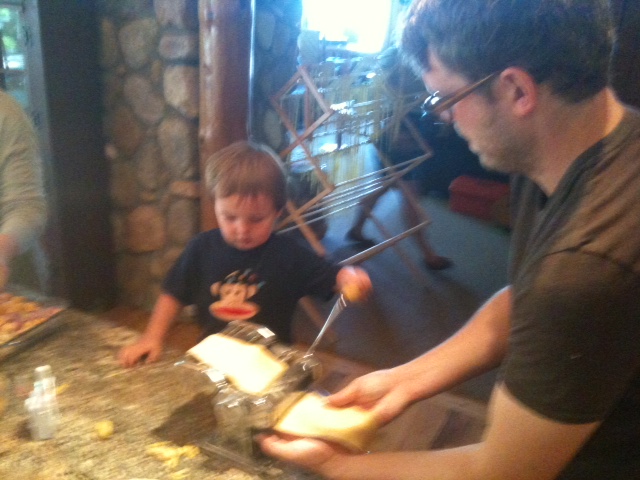 These trips are always centered almost entirely around eating.  This year Matt and (Despite All My Rage I Am Still Just A Rat In A) KJ rolled out some homemade pasta.  Finn was all kinds of helpful.  And yes, we came up with some truly terrible nicknames this time around. 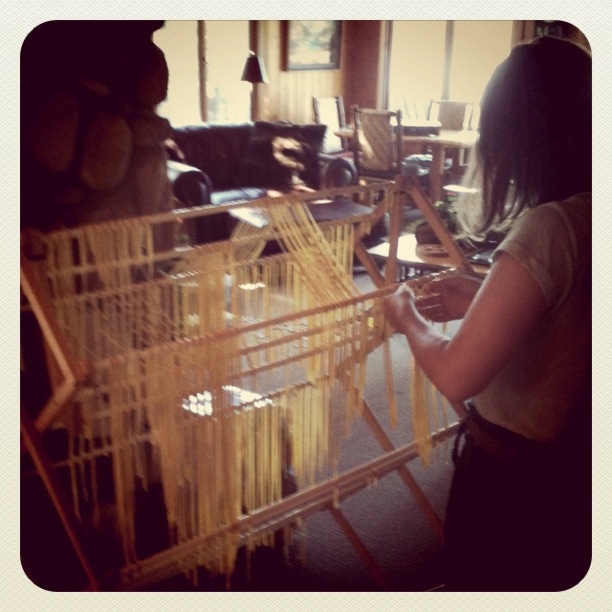 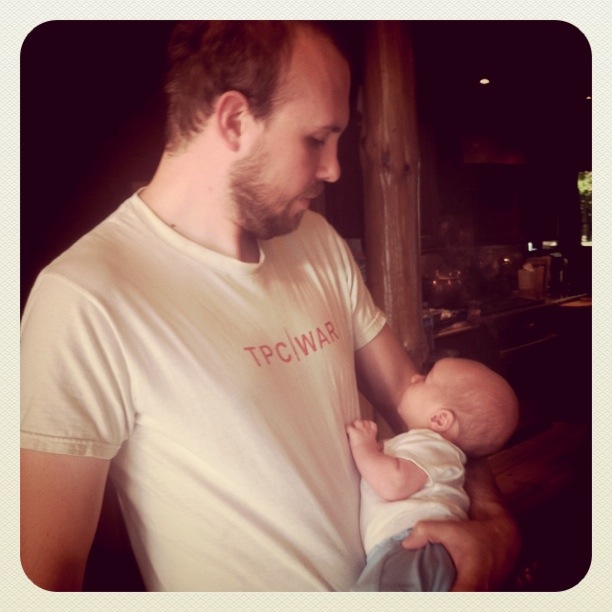 This year marked the addition of Gus Allen to the the TPC! family.  He is tiny and awesome, way to go Jeff and Alison.  I’m usually terrified to hold babies this small, but Scoops and Roons taught me the manly “carry him like a football” technique and now I’m good to go.  Note the throwback TPC! Let’s War shirt.  At the moment this picture was snapped we were also listening to the entire Mazatlan record (directly followed by the entire Crusades album).  We do not play around, all TPC! everything. 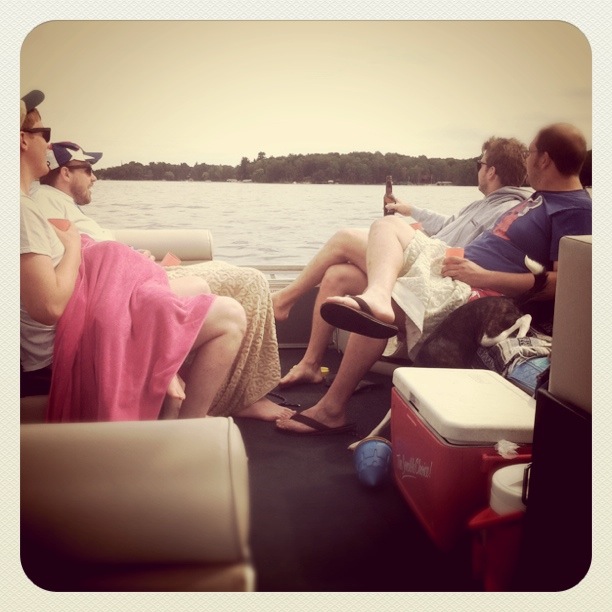 The original LEGENDZ.  Best friends for over half of our lives now, and TPC! still knows how to (boat) party.

We made it back home just in time for the Minnesota State Fair.  A serious institution all it’s own in these parts of the world.  Sims and I were asked by The Current to do an on air performance live from their booth at the fair, which gave us a million excuses to eat things like this: 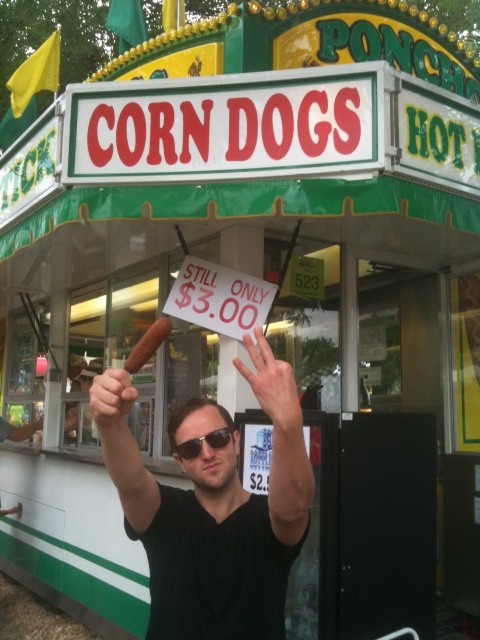 Here’s Sims in front of a very attentive and polite MPR crowd. 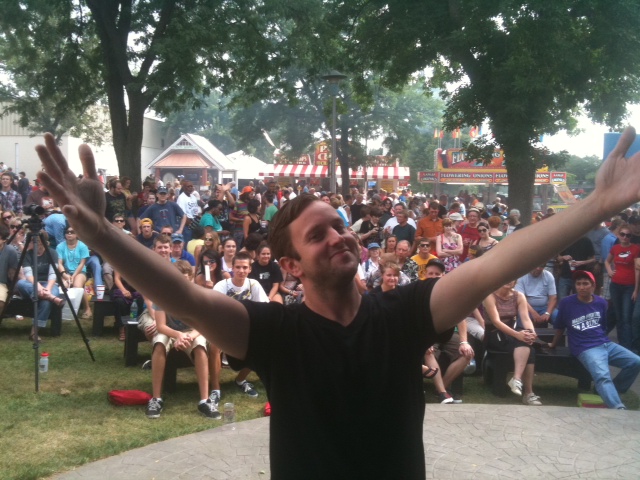 Thanks to everybody at The Current for having us.  After the performance we ended up walking through the fairgrounds and happened to stumble upon this amazing felt portrait shop.  Couldn’t resist. 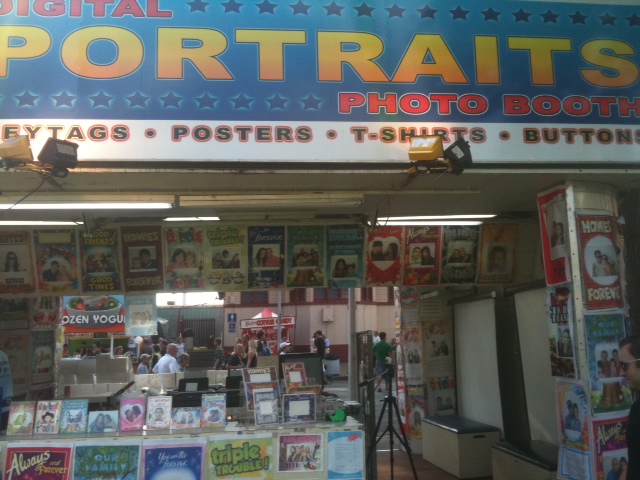 I’m gonna hold off on posting our felt portrait til next week.  All I will say for now is that we have the cover and name for our next album already lined up, and it is guaranteed to be a game changer.

Now to bring the end of summer getaways to a close.  We just got back from Iowa the other day, having attended the wedding of our great friends Joel and Katrina.  We’ve known Joel for like 14 years now.  His old band (The Vida Blue, later changed to Ten Grand) took TPC! out on our first ever tour when we were still in highschool (shouts to Mom and Dad for loaning us the minivan), and we’ve remained ultimate homies ever since.  Katrina is probably the sweetest person on the planet, and this wedding party was definitely one for the ages.  Barely got any pictures, but here is their first dance at least.  Could not be happier for these two. 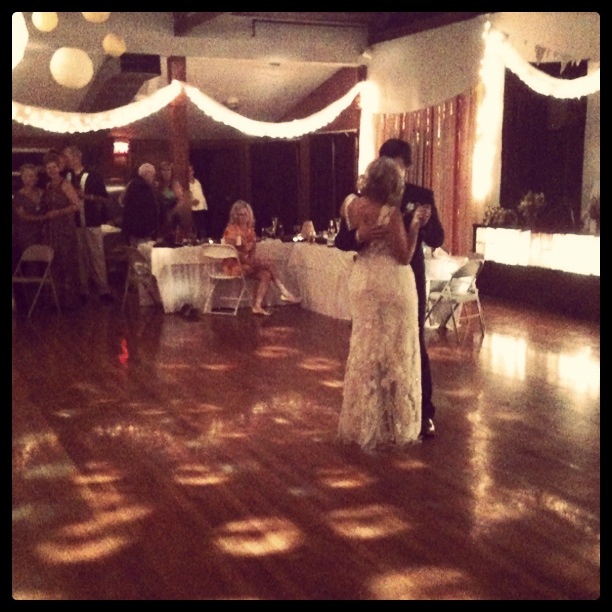 While we’re on this love is in the air vibe, I’d like to give a quick shout to the ultimate wifepiece in all of the world: Killa Cam.  Happy anniversary babe!!!  Let’s go eat a grip ton of sushi. 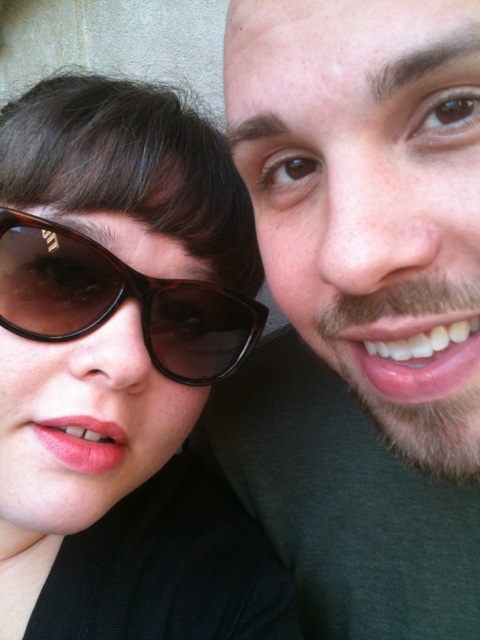 OK, from marriage shout outs to super hard rap album updates.  We’ve been grinding like crazy the last four months writing, recording, and mixing this new crew album.  I’m thrilled to announce that yesterday we wrapped up our final mixes!  No Kings.  November 22nd.  Too pumped.  Here’s the triumphant studio shot as the final versions were being run.  I think we took serious years off of engineer extraordinaire Joe Mabbott’s life with this one.  Thanks for all of your patience and unbeatable work ethic dude. 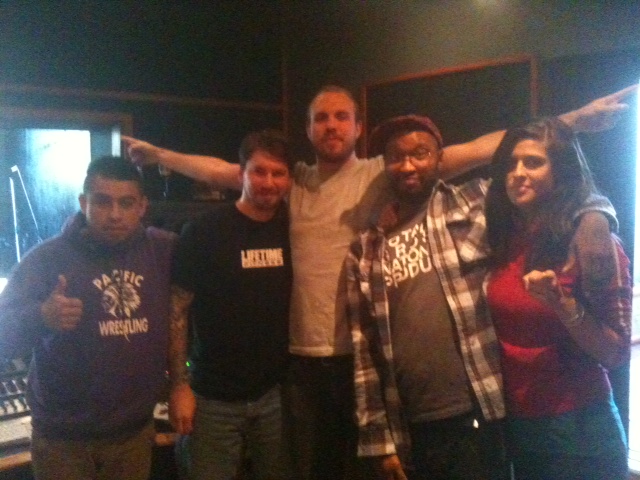 Boom.  So that concludes this year’s edition of the Longer Than Pippen’s Arms End of Summer Photo Recap.  Hopefully you endured and are still with me.  I’ve got another awesome (and free) Sims Bonus Jam Album for you this week.  Our good buds The Hood Internet just put out another one of their fine mashup EPs with Sims’ Bad Time Zoo acapellas over instrumentals edits from that band Win Win’s self-titled album.  It’s called Part Time Zoo and it sounds crazy, a really cool re-imagining of both these records.  Just click the cover below to check it out. 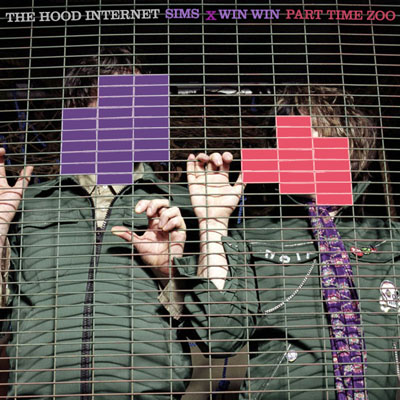