Oh man, last week got a little bit crazy.  Between announcing our week long takeover of First Ave for the upcoming Doomtree Blowout VII and officially launching the upcoming No Kings pre-order, time has been flying by.  I am beyond excited for the next couple months that lie ahead.  Sorry I haven’t kept this blog as up to date over the last month as usual.  Things got pretty out of control with tour and getting everything prepared for the crew album.  We’ve got a ton of sweet stuff to get into today though.  First off, don’t forget to check out “The Grand Experiment,” the first single/heater off of No Kings.

We’ve got two really awesome/special shows coming up this week.  Gonna be boarding a plane this afternoon to head out to NYC for our first ever all crew CMJ performance tomorrow night in support of No Kings, where we’ll be debuting a ton of new songs off of the record.  Check out the flyer below for more info.  It’s open to the public, plus they’ll be accepting a limited amount of wrist bands.  Get your tickets HERE. 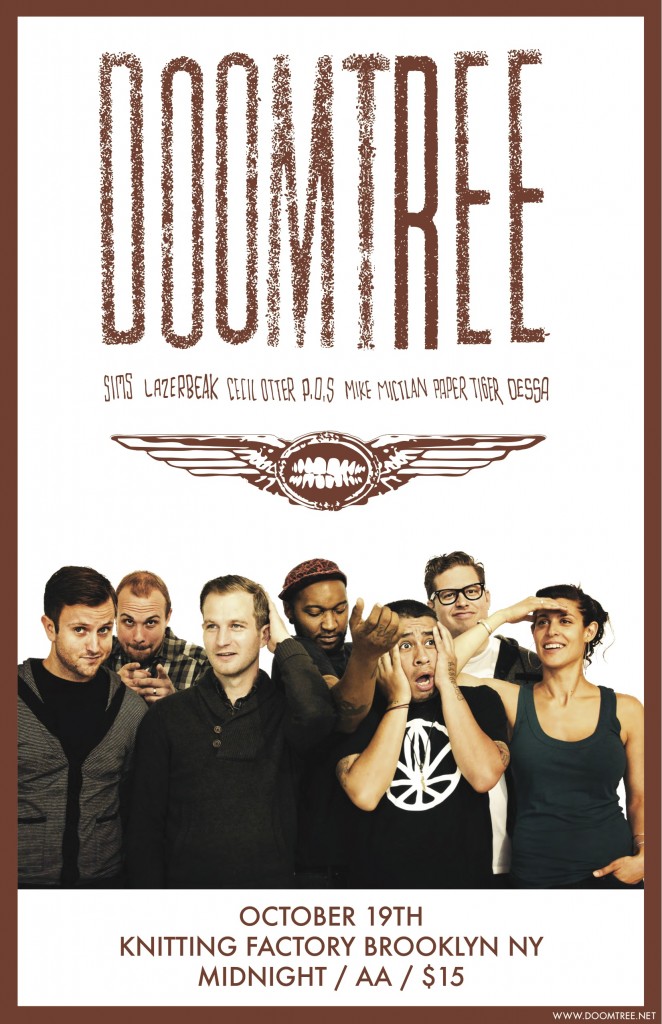 Then on Saturday night Sims, Mike, Cecil, and myself will head out to Red Wing, MN to play a very special show as part of the Minnesota Music Coalition’s Caravan du Nord series.  Caravan du Nord is an initiative to bring music and bands out to smaller towns throughout the state that often get past over for the bigger cities.  We’re really excited to be a part of this, so if you know anyone in the surrounding Red Wing area make sure to let them know to come out to the insane rap party.  Heiruspecs will be there too!  Ticket info right HERE.

The Good Time Zoo Tour officially came to a close on Saturday with a jam-packed homecoming show/Paper Tiger birthday bash at the Fine Line.  Thank you to all the wonderful people across the country that came out and showed love for Sims’ first ever headlining tour.  We had an absolute blast.  I didn’t get as many pictures as I wanted to this time around, but here are some select shots from the second half of the tour run. 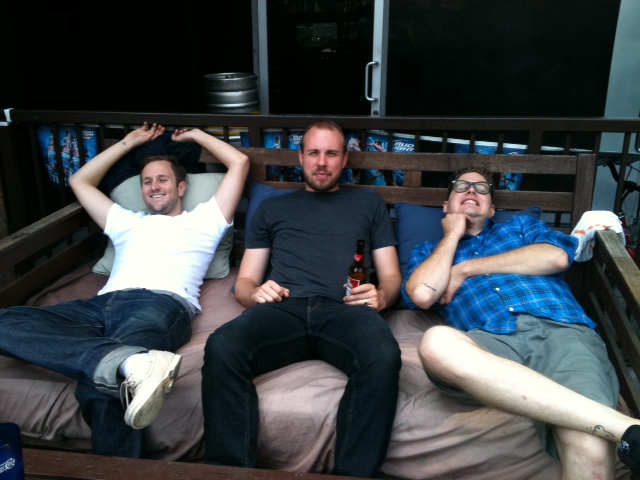 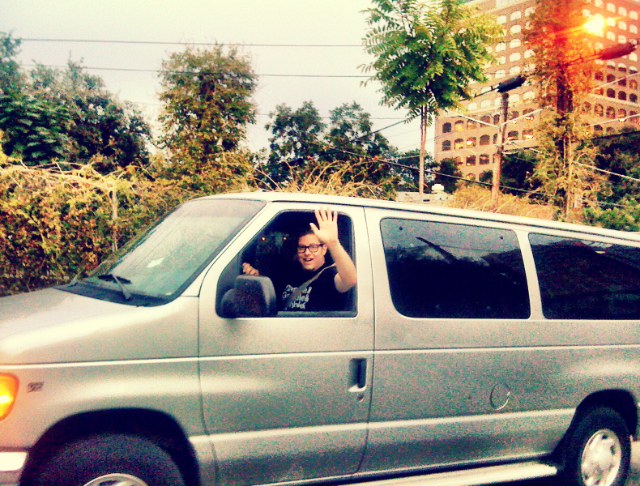 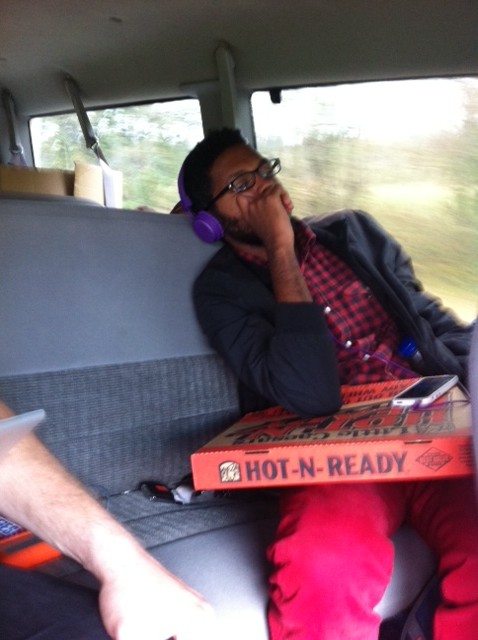 The kid can sleep on anything, including a Little Caesar’s hot-n-ready pizza box. 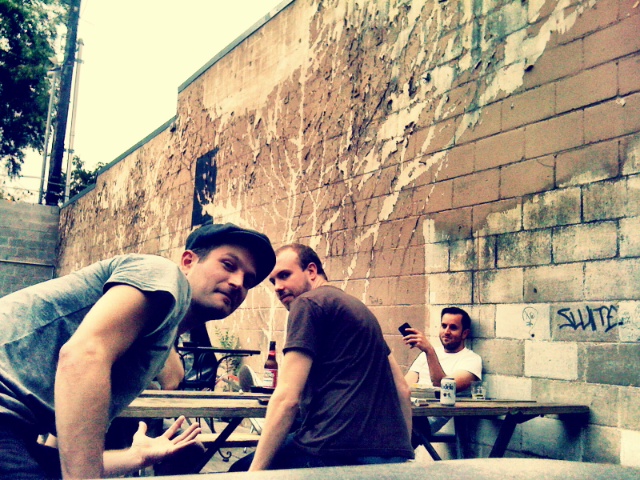 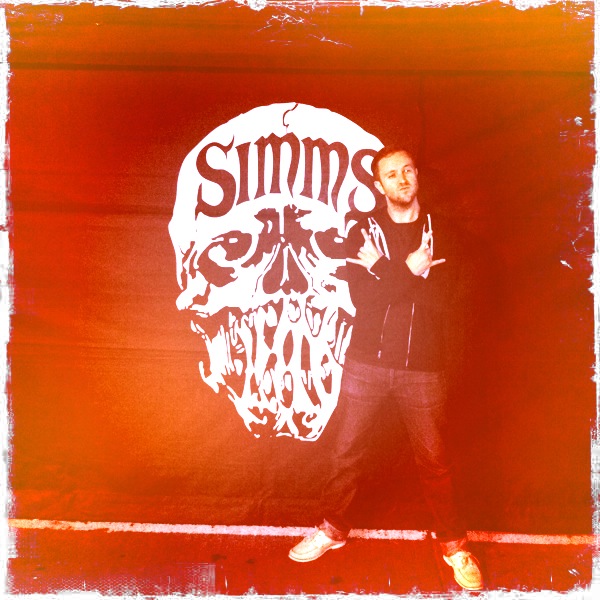 Ha!  Ran into some heavy metal biker convention in Reno.  I think this look could work for Sims if the rap career doesn’t pan out. 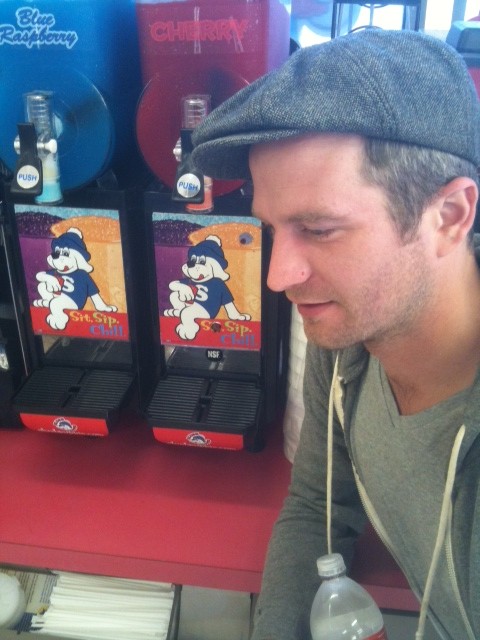 Cecil wants to be the Slush Puppy dog for Halloween.  I snapped this before photo for a little costume inspiration. 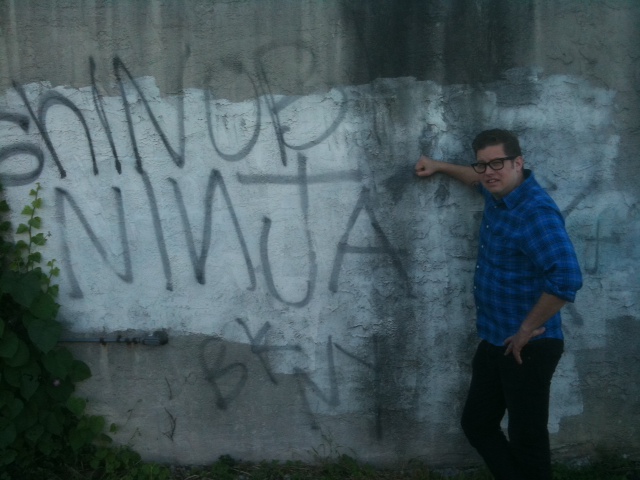 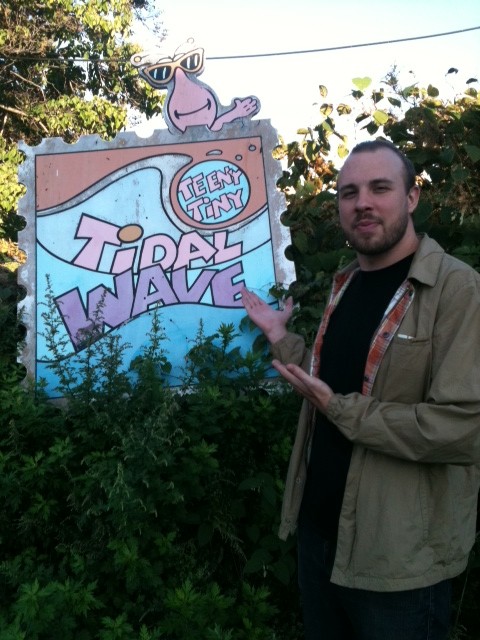 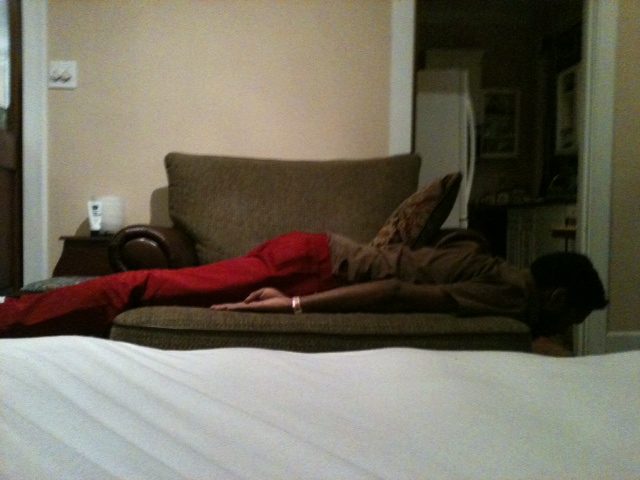 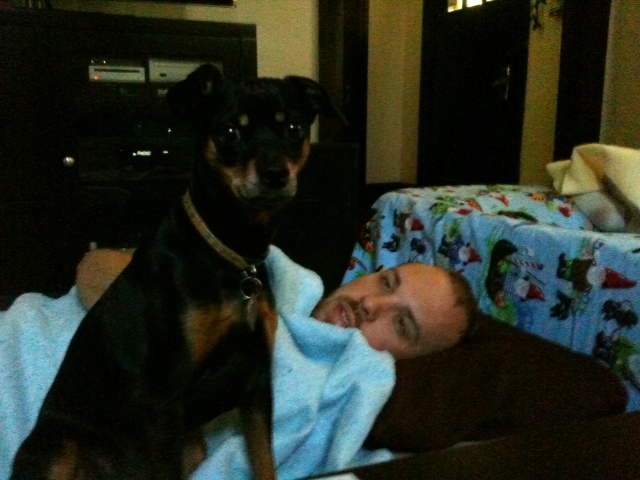 Wyatt the Dog.  One of my favorite Dogs of Tour. 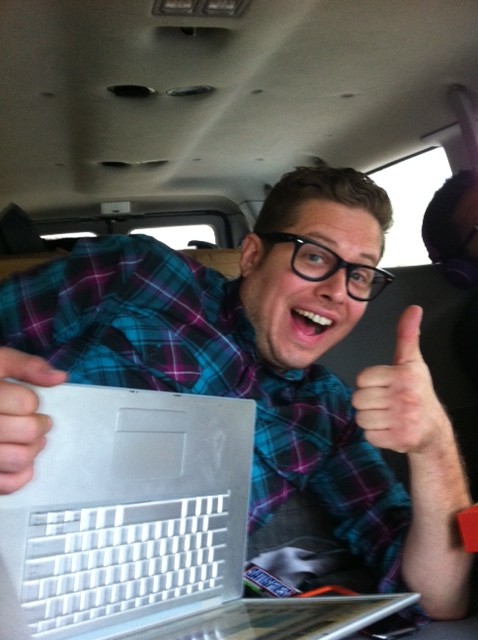 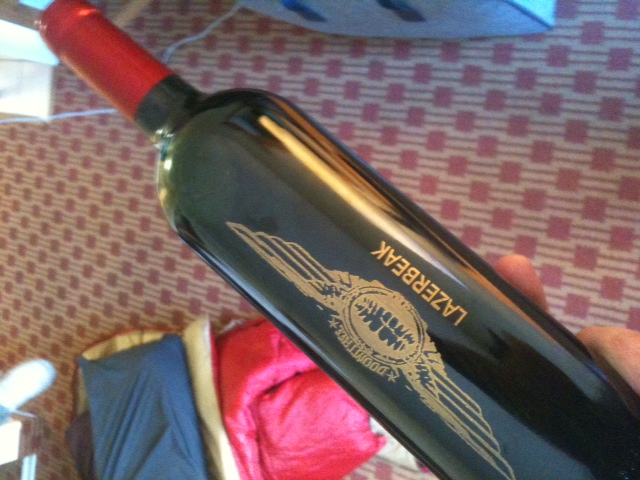 In Austin this dude brought us our own customized wine bottles!  So awesome. 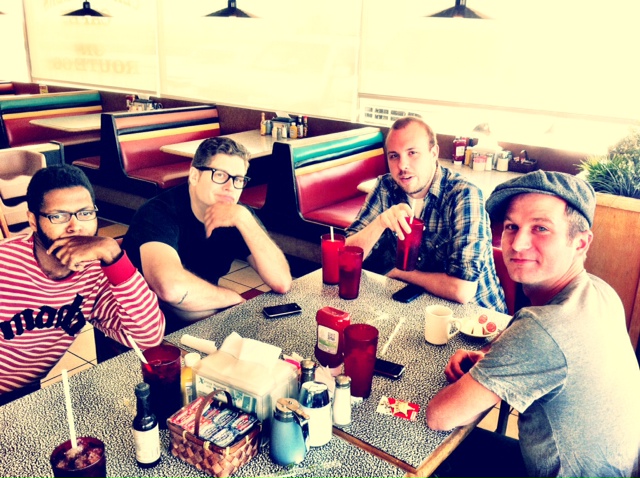 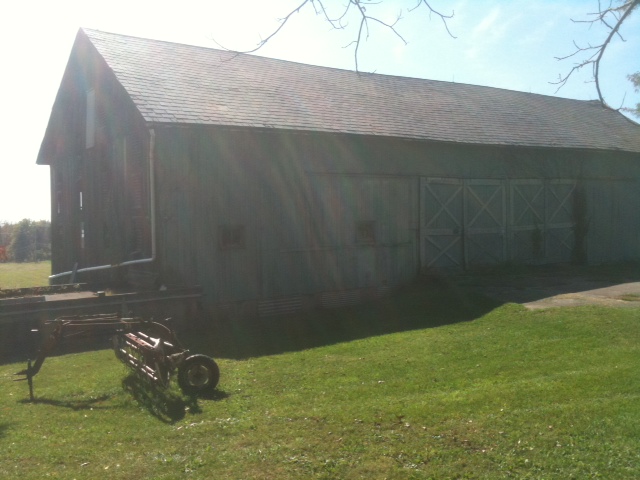 We stayed at this farmhouse outside of Pittsburgh with Cecil’s friend Bill. 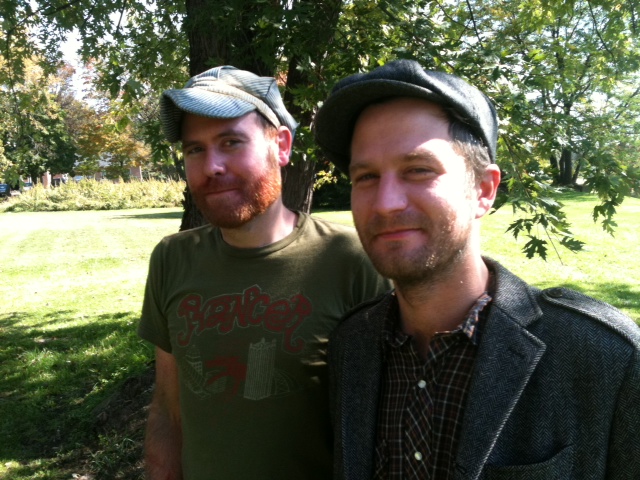 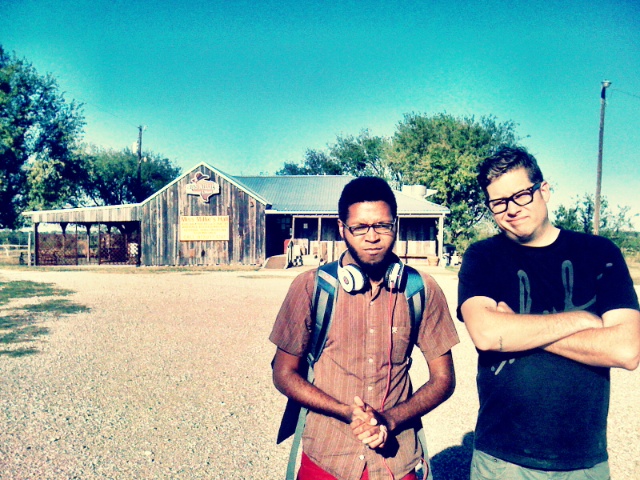 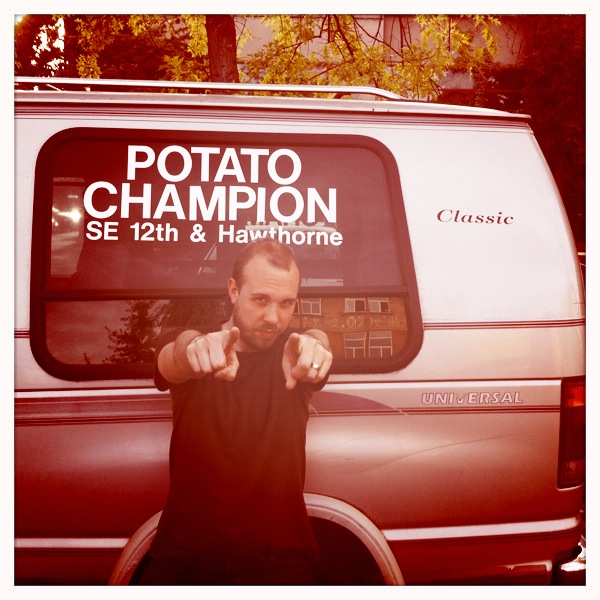 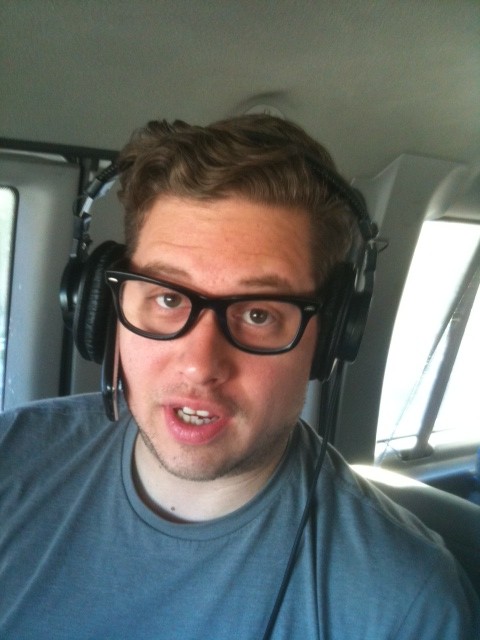 Multi tasking or just showing off? 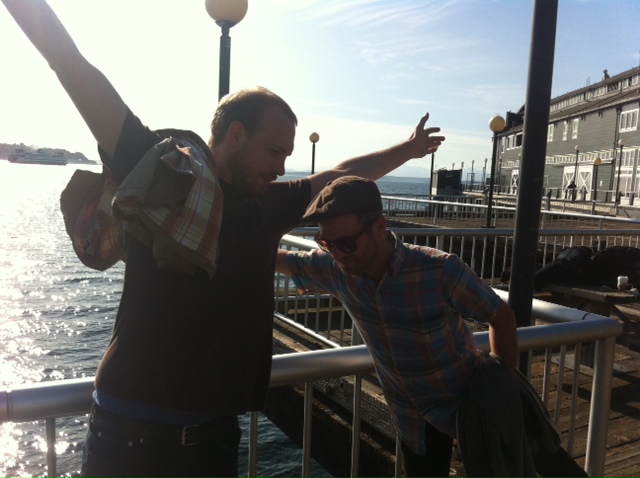 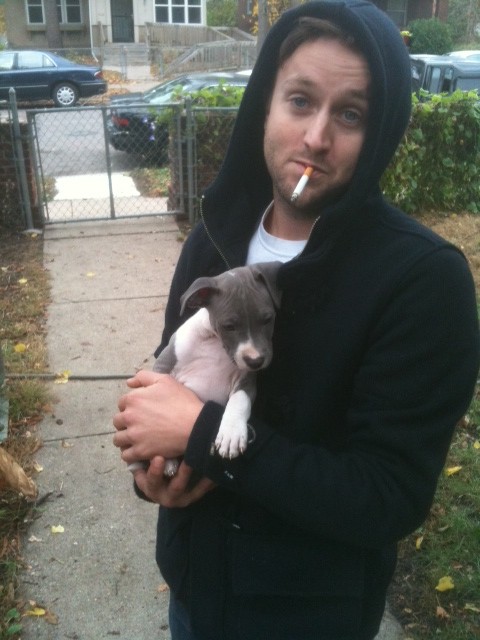 This little guy was waiting for Sims when we got home.  Lord Eddard Stark of Winterfell (Stark for short), the ultimate Dog of Tour.  Beyond adorable.

I’ll leave you with a couple sweet Video Bonus Jams courtesy of some good friends of mine.  First up it’s the homies Big Quarters.  They’re gearing up to drop their third full length album, Party Like A Young Commie, on 11/29 and just released the first video from it.  If you like what you hear, make sure to pre-order the record HERE.  All CD sales will be donated to Youth Programming at Hope Community, in order to maintain the Hope Community Music Studio.  Great dudes, great album, great cause.

This last video was made by my dude Ben Cohen about his good friend Mike who is battling Lou Gehrig’s disease.  It’s a really well put together short doc with a very personal, first hand perspective about living with ALS.  Ben and Mike are using the video to help raise awareness and funds for more ALS research.  Definitely worth the five minutes of your time.  You can learn a lot more about it all right HERE.

OK, that about does it.  I gotta get to packing.  Hopefully we’ll see a bunch of you out in New York and Red Wing over the coming days.  Have a wonderful week.  See you next Tuesday!