Yep, here we go:  No Kings, the brand new collaborative album from all seven members of the Doomtree collective, has officially been launched out into the world as of this morning.  Good lord it feels good to type that out.  This is the first record I’ve ever been a part of that was 100% created, recorded, and released in the same year.  It has been a pretty insane/amazing 8 months putting all the pieces together, and I cannot tell you how much it rules to finally be able to share these songs with everybody.  Couldn’t be more proud of my guys for grinding this one out together.  Team The Best Team for real.

Below you can check out “Bolt Cutter,” the first music video off the album.  It was directed by Isaac Gale and Maria Juranic, and shot during our quick trip out to NYC last month (shouts to Isaac Aarvold for hooking up the space).  Cecil, Stef, and myself on the beat.  Stef, Sims, Dessa, and Mike on the raps.

Thank you again to everyone that pre-ordered the album.  If you still haven’t picked up No Kings, it is now available digitally on iTunes (HERE), Amazon (HERE), and our very own Bandcamp page (HERE).  If you are thinking about picking it up digitally today, we’re asking people to partake in what we’re calling the No Kings Flash Mob.   Check out the details from our mailing list below:

“If you’re gonna pick up the record digitally, we’re asking that you do so at the stroke of 1 pm, Central Time today. The goal is to jam a bunch of sales into a single moment of time to try and vault the record upward on the online charts.  And of course, if you’re working or otherwise engaged at that hour, we’re grateful for all the support we get—any time of day. Doomtree runs on the support of individual people who make a choice to back what we do.  Will our little plan work?  Don’t know.  We just make all this stuff up as we go. But here’s hoping. Synchronize watches, set calendar alerts, and iPhone alarms. Game on. We’ll be
counting down to the appointed moment on Twitter.”

Worth a shot, that’s for sure. 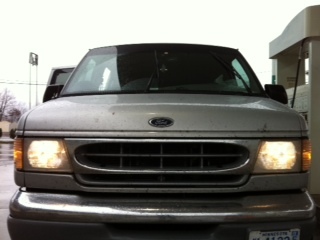 If you live in Minnesota we’re gonna be all over the Twin Cities today to promote the album and hang out with everybody.  This afternoon the whole gang will be driving around in our trusty tour van, MOUNTAIN, making stops throughout the Twin Cities to hang out, sell some records hand to hand, sign posters, and give out free hot chocolate and cookies (sounds creepy but it’s not creepy, promise).  Follow the official MOUNTAIN twitter feed HERE to find out where we’ll be setting up shop at.

Then at 7:00 we’ll be stopping by the Electric Fetus for a record store meet and greet and poster signing.  They’ll have free posters and metal No Kings pins for anyone that purchases the album, and we’ll be kicking it and signing posters for a few hours.  I might even make them play the new Drake album at some point.  Come through. 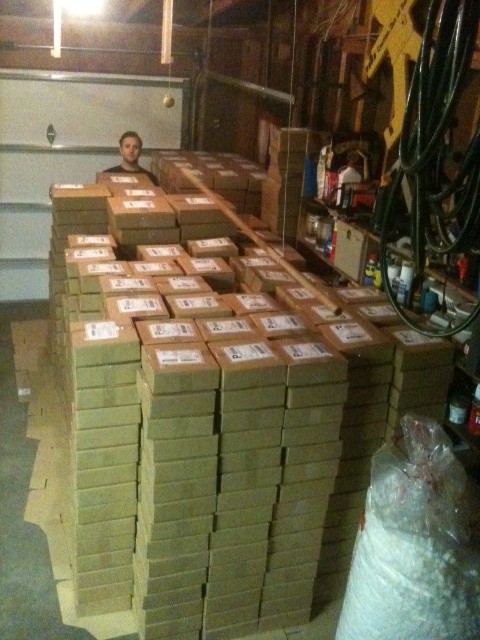 Alright, I suppose it’s time to announce the final pre-order Blowout contest winner.  This one is for all the marbles: VIP access to all 7 shows, a backstage tour of First Avenue, a night’s stay at a four-star Minneapolis hotel, and $77.77 to devote towards transportation — or to blow at the bar.  And the big time winner is………Sara Beck!!!  Nice one Sara, congratulations on your flawless victory.

Since it’s all No Kings everything today, I’m gonna go ahead and give you that “Bolt Cutter” video once more as this week’s Video Bonus Jam (pretend I’m Funk Flex and I just dropped 10 bombs on you, then started the record over from the top).

OK, I gotta get going.  I hope you all have an incredible week.  Thank you for all of your truly overwhelming support leading up to this big day.  You have no idea how much we appreciate you.