Hello and welcome to the rare Wednesdays With Lazerbeak post.  Spent the extended weekend in California playing Paid Dues and UCSD, so this blog got bumped back a day.  Major highlight of the trip: being this close from Wu-Tang during their Paid Dues performance (a little bit less of a highlight: having to perform directly after they completely destroyed it, haha). 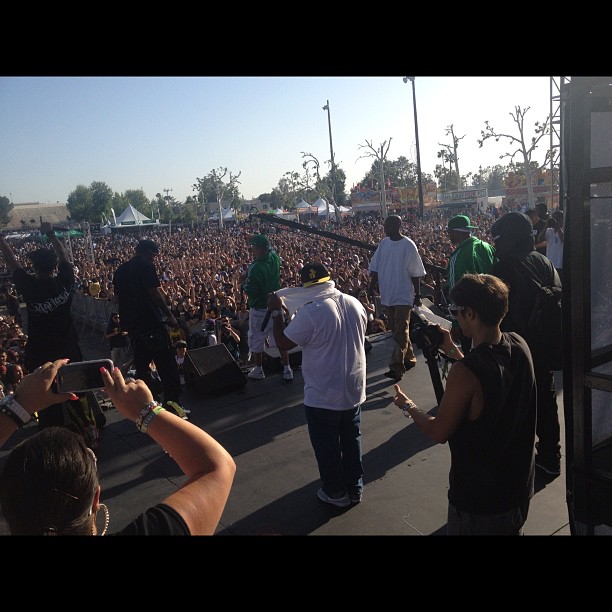 Blog rant: I mentioned last week that TWL has kind of turned into a weekly Doomtree newsletter as of late (which is awesome that we have gotten to a point where we have this much stuff going on every week to even talk about).  When I started this up a couple years ago though it was meant to be more of a place where I could showcase random stuff that I was feeling at the time (the very first post in ’09 I think it was 3-D movies and Kid Cudi, haha).  So let’s get back to the basics.  Below are just a few fairly awesome things that I’ve been into lately.

Game Of  Thrones, dude.  This show is the best ever, up there with The Wire and Breaking Bad for me.  The wife even ordered HBO for the first time so we wouldn’t have to wait for the second season to come out on DVD.  It has all the things that I love the most: dragons, chalices, knights, epic journeys, crazy sword fights, and drunk kings that yell “WINE!!!!” a million times a show.  Basically everything I was talking about on Crusades set to some amazing vizualz and great acting.  Almost through re-watching Season 1 now and things are getting beyond crazed.  Soooo good. 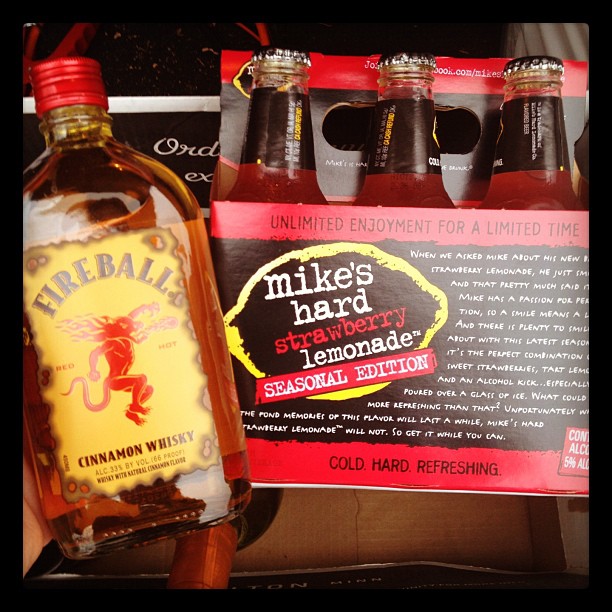 New summertime drinks!  I’ll start with Mike’s Hard Strawberry Lemonade.  Everyone knows by now my allegiance to Mike’s Hard Raspberry, which was a seasonal flavor only offered in the summer months, causing me to order cases upon cases of the stuff in order to make it through the long Minnesota winters.  Well, now Raspberry appears to have been jumped into the year long flavors club, and they have introduced Strawberry as the new summer seasonal.  Fascinating stuff, I know.  Let’s just say that after going through my first 6-pack of the Strawberry last week, Raspberry may be in serious trouble.  Mike has truly outdone himself this time.  Seriously, where is my endorsement deal already?

Fireball is a cinnamon whisky (tastes a lot like Goldschlagger) that Dessa, Stef, and I fell in love with over the No Kings Tour.  It’s making it’s way around the country now and they just started stocking it in select MN shops.  It is seriously awesome, and not just because it is called Fireball and has a dancing dragon demon as it’s logo.  I’m trying not to go too crazy with it though, since I have a feeling that by the time summer is over I may have sworn this stuff off for life (similar to Jag in ’08).  In my attempts to ration it out I’ve created a new cocktail with some serious help from my mixologist wife Cam.  One shot (or two) of Fireball dropped into a pint of cold Guinness.  We call it Cold Fire. 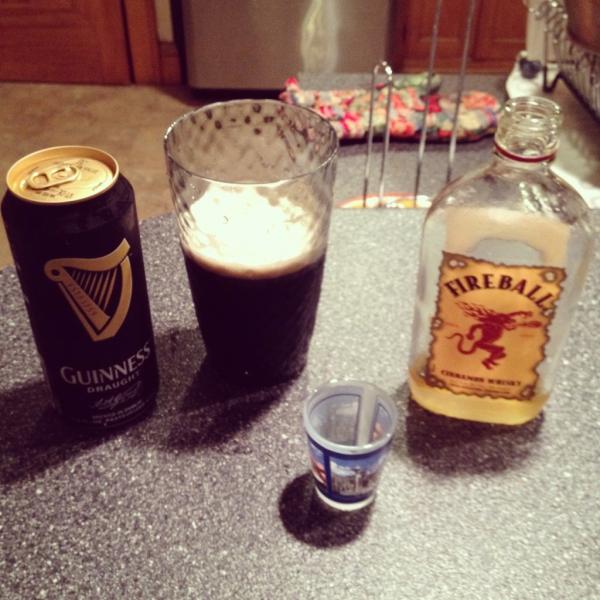 Delicious!  Try it.  You will thank me, I promise.  We gotta get these two companies together to start co-branding this stuff (I think I may have been a liquor rep in another lifetime). 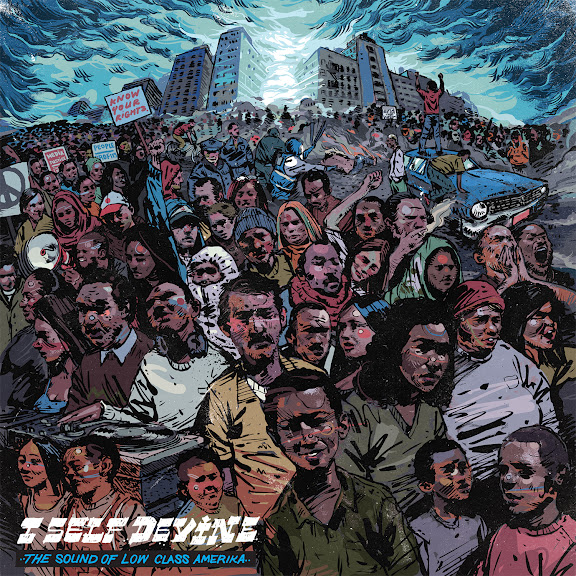 The OG Legend God himself, I Self Devine, drops The Sounds Of Low Class Amerika in May!!!  Easily my most anticipated album of the year.  I cannot say enough great things about this man or his music.  Check out the first single below, and seriously make sure you pre-order a copy of the album right HERE.  This is gonna be blaring out of my Camry all summer long.

Now for a truly epic Bonus Jam wrap up of a ton of songs I’ve been way into lately.  I’ll take the super late pass on that Tempa T song.  Shouts to Papes, Mike, and Stef for finally putting me onto it.  Amazing.

The Chromatics – “Kill For Love”

Ok, there you have it.  Just some jams that I was feeling at the time.  I hope you all have a wonderful week.  I’ll leave you with one tiny Doomtree news update (had to sneak it in there): we are totally playing Lollapalooza this year!  More details to come.  See you next Tuesday for sure.