Oh man, what a week.  As you probably know by now, Mike released his long anticipated SNAXXX project last Thursday out of absolutely nowhere.

SNAXXX is a 15 track album of all new material, and you can get it for FREE ninety nine from the Doomtree Bandcamp site right HERE.  Huge shouts to all the people who have kicked in some bucks through the “pay what you want” option.  We really appreciate the support.  Stream SNAXXX below if you want to check it out before downloading.

In addition to the digital album, we’ve also pressed up a very limited edition physical option known as the SNAXXX PAXXX, that include an autographed physical copy of the CD, multi-colored screen-printed T-shirt, 11×17 3D SNAXXX Poster, 2 different stickers, and a gummy pizza candy, all packaged inside of a special screen-printed “Mike’s SNAXXX” pizza box.  All for not even 30 bucks! 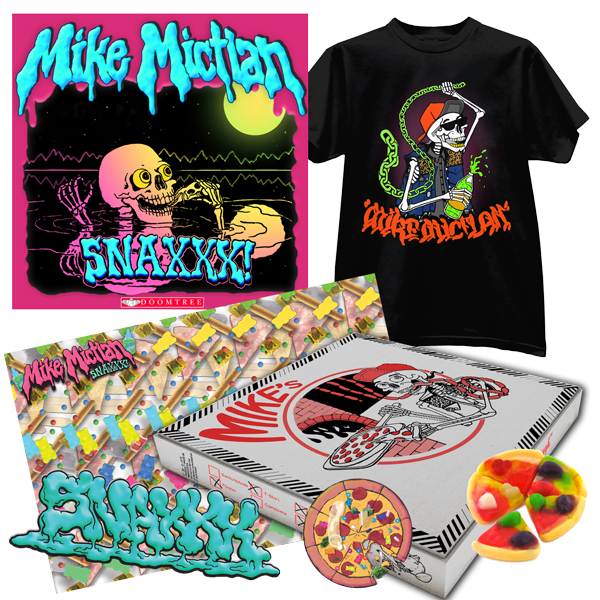 There are only 300 PAXXX in existence, and we’ve already sold well over half of them, so make sure to grab one from the Doomtree Webstore right HERE if you want it.  They are moving fast!  Oh, and I can’t forget about the vizually stunning promo video that the kid Young Baby Ander Other put together.  Check it out.

Mike recently sat down with City Pages and Gimmie Noise to do an in depth interview about how the album came to be and what the future holds.  Make sure to check that out right HERE, lots of super insightful stuff in there. 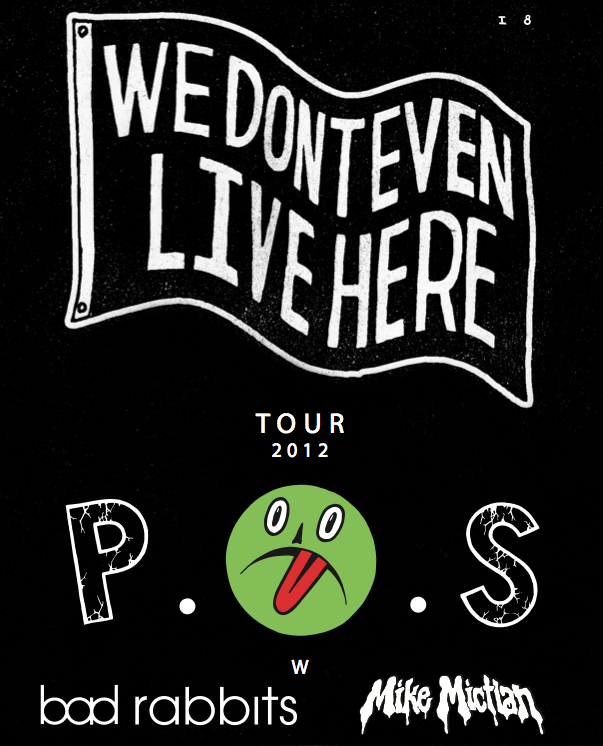 In even crazier news, Mike has just been added to the entire P.O.S We Don’t Even Live Here Tour!!!  Mike will be hosting and performing solo songs throughout the duration of every show, as well as backing up Stef on stage during his headlining slot.  Not to mention Bad Rabbits on the bill too, this tour is gonna be insane!  Check out the first leg of dates below to grab your tickets now.  And for the left half of the country, don’t forget that there will be tons more dates announced in the coming months.

Mike has also just been added to a one off show in Ames, Iowa next week at the Maintenance Shop on October 11th, playing with Prof.  Get your tickets for that HERE.  Prof put out a new free mixtape of his own last week called Kaiser Von Powderhorn 3 that you should check out if you haven’t yet.  I’ll leave you with a Bonus Jam off that album that I produced called “Moron” (shouts to that young “Smash Hit”).

You can download the Prof tape for free right HERE.  I hope you all have an awesome week.  See you next Tuesday for sure!