Welcome back to another Tuesdays With Lazerbeak. Gonna kick things off today with a very special world premiere of Dessa’s new Direct Flight web series, or “visual podcast” as she’s labeling it. Here’s the gist of it: Dessa bought a ton of airplane sized bottles of booze (she loves tiny things), and invited several different Parts of Speech musical collaborators over for quick one on one rapid fire Q&A sessions. When the airplane bottle is empty, the interview is over. For the debut episode she interviewed the one and only Paper Tiger (Sick Trim 4 Lyfe), producer of Parts of Speech lead single “Warsaw.” Check it out below:

Enormous shouts to the absolutely indispensable Young Baby Ander Other for filming and editing this series (please say the Baby). Totally crushing it.

While we’re on the subject, Dessa will be taking MOUNTAIN out this weekend as her and the band head off on a three week tour of the East Coast. Things kick off this coming Monday in Buffalo, NY. Click the flyer below for more details and ticket info. If you’re in any of these areas, make sure to come check out a show. They’ll be road testing a bunch of brand new Parts of Speech material, and you can say that you saw it first. Oh, and if you hadn’t noticed from all of my overzealous Parts of Speech linking, you can still pre-order the super crazy mega deluxe version (and normal but still awesome standard version) of the album right HERE. 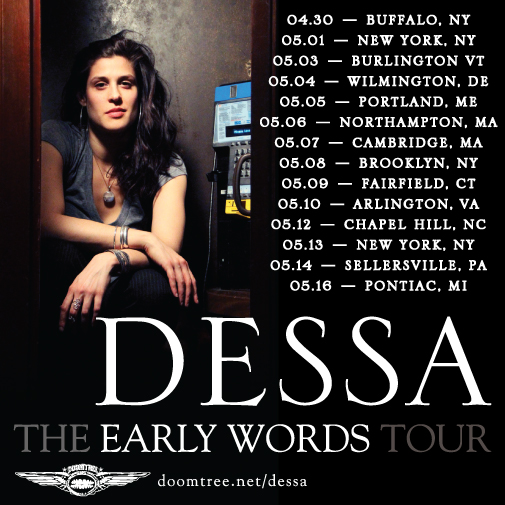 In other news, you may or may not know that I’ve been working on an album with rapper/singer/renaissance woman Lizzo (1/3 of the The Chalice, guest verse on Mike Mictlan’s “Give It To Me Mikey”). It’s called LIZZOBANGERS (get it?). Last week we wrapped up all the final tracking for LIZZOBANGERS over at Ryan Olson’s house, on the same day that Lizzo was awarded City Pages’ venerable Best Female Vocalist accolade. Here she is with Isaac Gale (former Best Male Vocalist recipient) performing some sort of time honored torch passing tradition, one best vocalist to another. I picked up some pretty strong illuminati vibez, but who am I to judge? 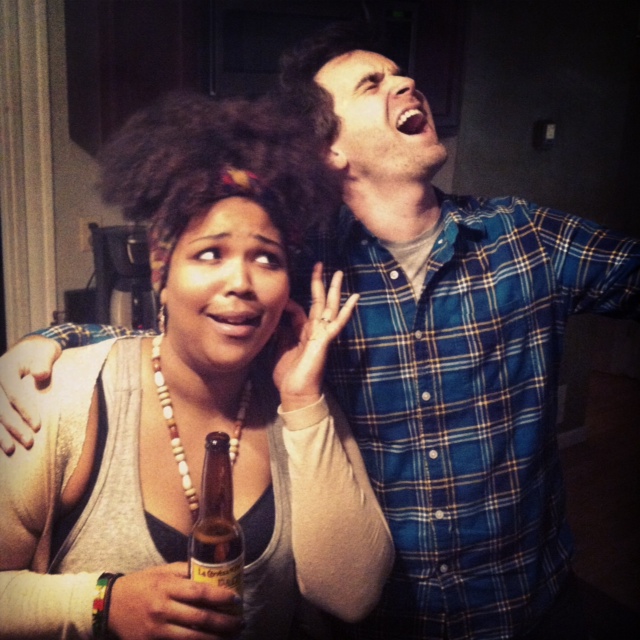 Finishing the tracking of an album and moving into the mixing stage is a huge step forward for any artist, so I decided it was definitely necessary to force everyone to drink Mike’s Hard Raspberry Lemonade in celebration. My way of popping bottles I guess. Note the sweet plastic Gayngs cups for good luck. 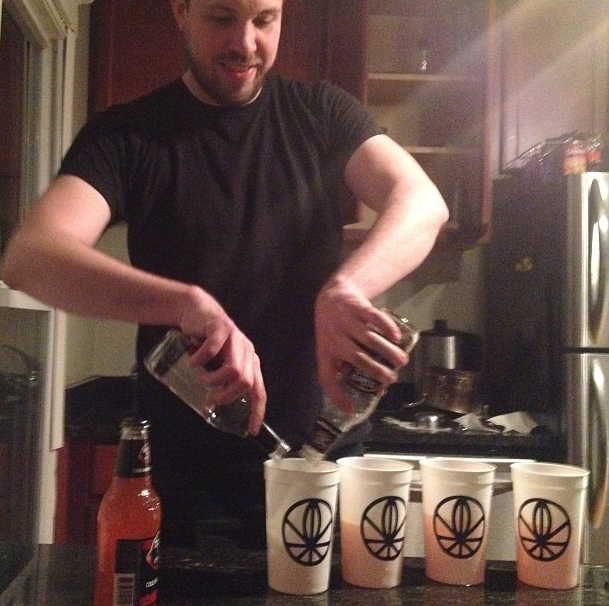 We’re gonna be dropping the first single LIZZOBANGERS single shortly, but in the meantime make sure you tune into The Current (89.3 in the Twin Cities, streaming HERE) this Sunday at 6:00pm CST, as Ryan Olson and Totally Gross National Product are taking over The Local Show for a special hour long interview and premiere of tons of new music. Towel Man even makes an appearance. I can drink to that! 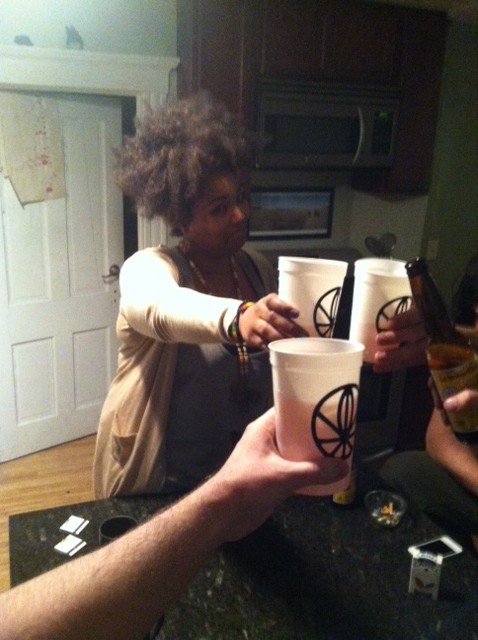 Alright, so next week is gonna be a HUGE news week, but I think I’ve covered almost everything for this week. It’s been awhile since I’ve gotten into a mammoth Bonus Jams zone, so let’s just go for it. Brace yourself, I’m about to lay down one miiiiiiiiillllion Bonus Jams on you (well, 15 at least). Several of them are local, and several are of the Deep Cut R&B variety I have grown so found of. Here goes nothing. Let’s kick things off with the new awesome Daft Punk song that will be completely inescapable for at least the next three years. By far the best album marketing campaign I’ve seen in many years. These guys and their team are geniuses. The Creators Project interview series is a must watch (HERE) too. So good.

Har Mar Superstar – “Lady, You Shot Me” – Best song, plus the new Har Mar album is out TODAY! Cop that HERE.

I.B.E. and Benzilla – “Bottomless Bottom” – Love this pairing. This That and the Third out soon!

Longshot – “Thank You” – Julian Fairbanks on the beat! Instant 4 Eternity drops May 14th.

Phoenix – “1901” ft. R. Kelly – I already played that “Entertainment” video in another post, so here is their insane Coachella collabo with the one and only Kellz. BANKRUPT! is out today, can’t wait to check it out.

Keith Sweat – “Nobody” ft. Athena Cage – ULTIMATE CLASSIC!!!! Nothing else to say really.

The Micranots – “Illegal Busyness/Decapitation III” – The re-release of Obelisk Movements is out NOW! Holler at that HERE and pay your respects to a classic record. This album was an total game changer for me back in high school. Pretty sure I bought it at a Sam Goody too, haha. Things done changed.

Jai Paul – “Jasmine (Demo” – I totally fell for the illegally leaked demos on Bandcamp a few weeks ago, but I stand by the fact that a lot of this fake record is still absolute fire. If that’s really just demos, I cannot imagine what the real album is gonna sound like. Put that out already XL!

The Stylistics – “Hurry Up This Way Again” – Beyond Deep Cut R&B Bonus Jam. Such a jam. 16 years before Ski flipped it for Reasonable Doubt.

Maxwell – “Sumthin’ Sumthin'” – This dude was and is THEE best. This song still holds up.

OOOOOOOOKAY, there you have it. Tuesdays With Lazerbeak: All Bonus Jams Everything Edition. I’ll leave you with a couple Bonus Penny Pics. It’s been snowing a pretty ridiculous amount here the last few weeks, which is generally bringing everybody down (myself included) considering May is right around the corner. Luckily, Penny is super into it all (eternal optimist that she is), which makes it nearly impossible for me to stay bummed on the weather for too long. Here she is watching the snow come down last week and geeking out. 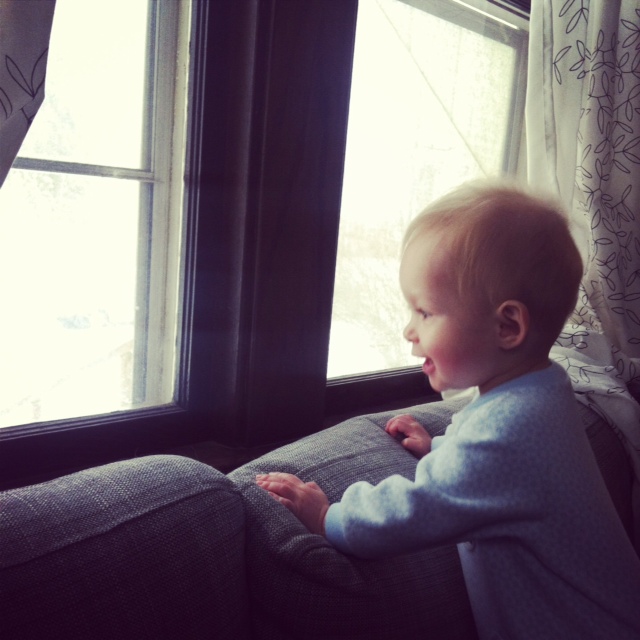 And here’s a picture of her driving her first car. That crazy demon look in her eyes and iron tight grip on the clutch does not bode well for the future. I think we’ll stick with crawling for the time being. 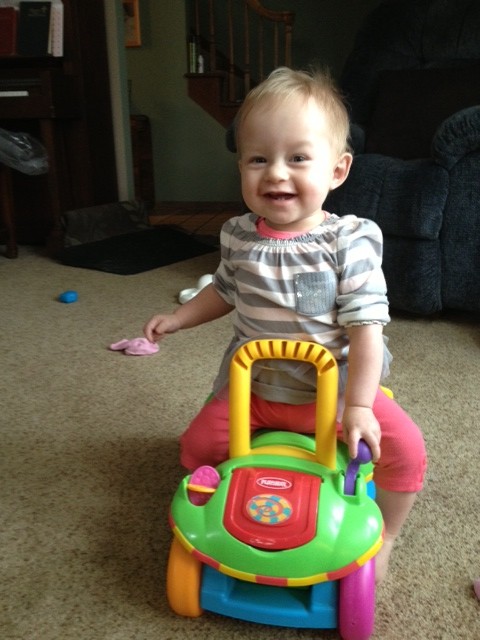 Alright, that about does it. I hope you all have a wonderful week. Make sure to come back next Tuesday for some big time news. See you then!