HUGE NEWS DAY: The Current just world premiered “.38 Airweight,” the first new full crew Doomtree track since 2011’s No Kings (read about it right HERE)! You can download the song from iTunes (HERE), Bandcamp (HERE), or stream it via the SoundCloud player below.

We’ve spent this summer writing and recording a brand new full-length crew album, and wanted to drop something new off now while we work on putting the finishing pieces together in the studio over the next couple months. Plus it’s the official six year anniversary of the very first Doomtree self-titled album, so the timing seemed about right. Consider this a gentle reminder that WE’RE BACK AT IT.

Before we get way deep into new album mode though, we’re putting an exclamation on our first decade plus as a crew by releasing Every Single Day, a 500 page full color photo book filled with tons of behind the scenes pictures, artwork, artifacts, and inside jokes from the last 12 years. In fact, we’ve actually got this new video segment called “Story Time with Doomtree” to help better describe what we mean by all of that. Take a trip down memory lane with us as we revisit some truly hilarious situations. Shouts to Ander Other for putting together another awesome vizual (go see him DJ this Friday at First Ave for the New Space event – details HERE).

We’ve only made 1,500 of these books total (half of those have already been spoken for), and once they’re gone they’re gone. Click HERE to pre-order your autographed copy and get The Best of False Hopes, a 22-track CD containing rare, unreleased, and out-of-print songs from our early years as a bonus gift. Only a few weeks left to pre-order! 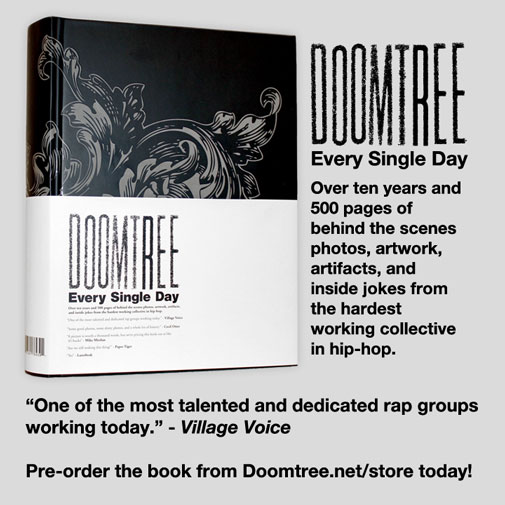 And if a new song and video wasn’t enough, we’ve also got some huge Dessa news for you: Yesterday VEVO world premiered the brand new video for Dessa’s Parts of Speech single “Fighting Fish”! Huge shouts to the unstoppable directing force that is Isaac Gale and David Jensen (and editor extraordinaire JoLynn Garnes) for knocking this one out of the park. Love how this one turned out. Check out the video below and help us spread the word if you can! And stay tuned for more “Fighting Fish” related vizualz in the coming month.

Dessa will be in Lutsen, MN this coming Monday for a free show at Papa Charlie’s (details HERE) before gearing up for a big East Coast run with WHY? this September. Click HERE for all the tour details and check out the full list of dates below. 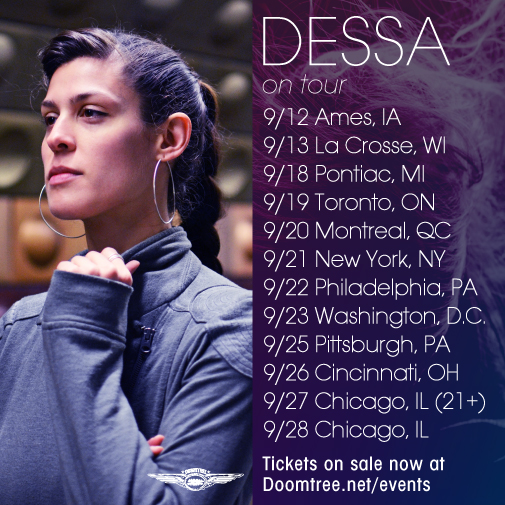 And now for a little something I’d like to call the Doomtree End of Summer Show Rundown!!! There’s a ton of stuff going on in August and September, so let’s start at the top and run the whole thing down one by one.

The full crew will be in Omaha on August 16th for the annual MAHA Music Festival, alongside Death Cab For Cutie, Local Natives, and The Head and the Heart. Details and ticket info HERE. 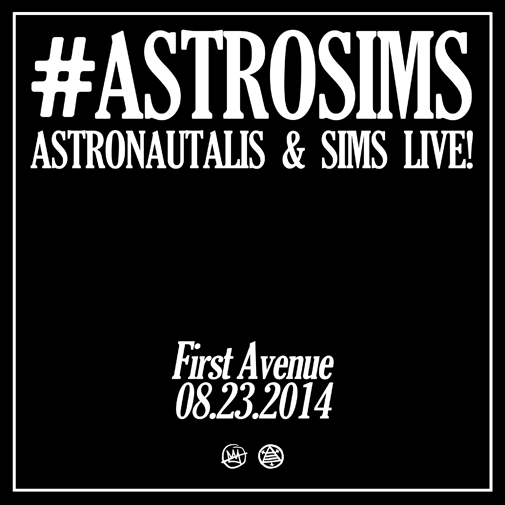 The following week, on August 23rd, Sims and Astronautalis hit First Avenue for their second annual #ASTROSIMS show. An evening of old classics and brand new material, performed onstage together as part of one massive set. Grab your tickets HERE. 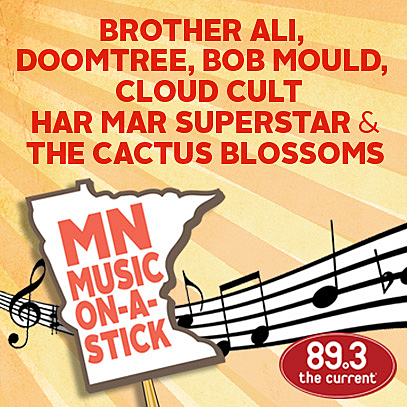 On August 30th the whole Doomtree squad will be at the MN State Fair Grandstand for a co-headlining performance with Brother Ali as part of The Current’s MN Music-On-A-Stick event. Bob Mould, Cloud Cult, Har Mar Superstar, and The Cactus Blossoms will all be there too. This is going to RULE!!! Tickets and details HERE. 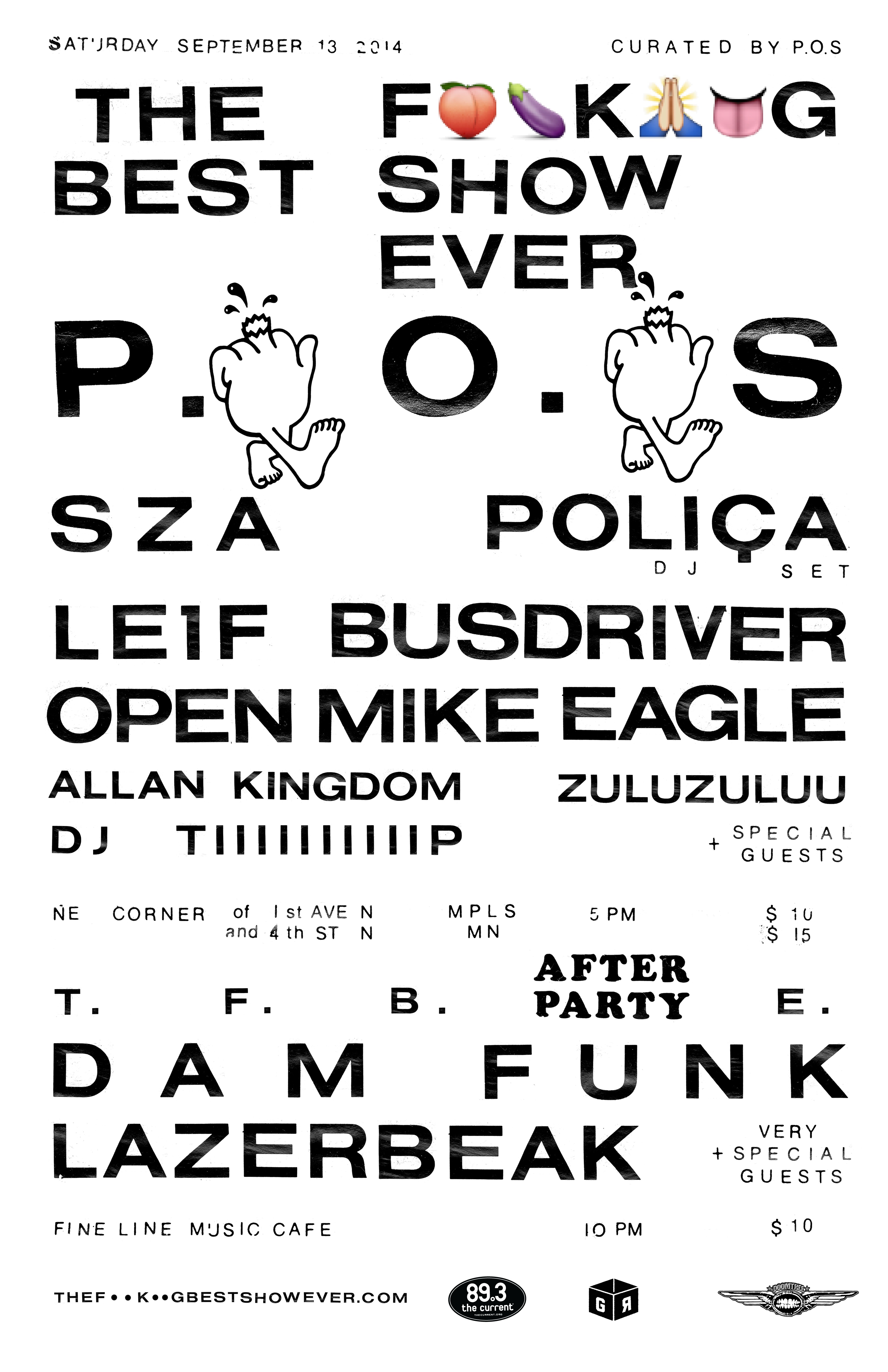 And on September 13th it’s The F*cking Best Show Ever: P.O.S’ first headlining show in nearly two years, doubling as a crazy outdoor festival with performances from SZA, LE1F, Busdriver, Open Mike Eagle, Allan Kingdom, Zuluzuluu, and DJ sets from Polica and TIIIIIIIIIIP. Plus a ridiculous afterparty with the legendary Dam Funk and a production set from yours truly. Details and tickets HERE. 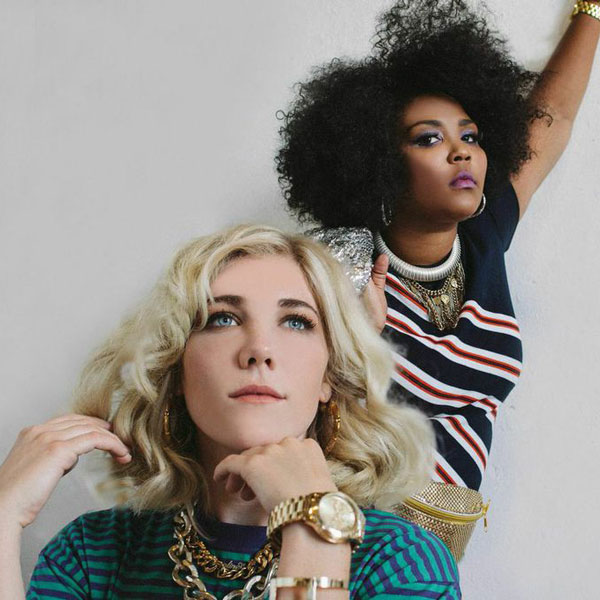 Just announced! I’ll be playing with Lizzo and Caroline Smith on September 27th for their joint Jay Z + Beyonce style one-off show at the First Avenue Mainroom. We’ll be doing one big round robin set with tons of new takes on old songs, similar to the Astronautalis/Sims format actually. I just got emailed the potential setlist, and I can safely say that this one is gonna be something special. Tickets go on sale Friday right HERE. 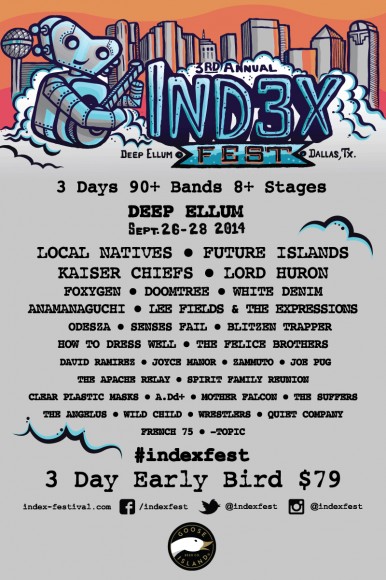 The following day (September 28th) P.O.S, Cecil Otter, Mike Mictlan, Paper Tiger, and myself will all head down to Dallas, TX for the annual INDEX Fest (Dessa and Sims will be out on their respective solo tours at the time). There’s over 90 awesome bands playing this year! Gonna be totally nutz. Tickets and details right HERE.

Aaaaaaaand that about does it for the Doomtree End of Summer Show Rundown. Told you there was a lot going on. I think you can probably take a guess as to what the Bonus Jam of the Week is going to be: .38 Airweight!!!! Doomtree, Doomtree, Doomtree.

I’ll leave you with a couple Bonus Baby Pics before calling it a day. We got the official word that the TWINZ have some crazy baby helmets in their immediate future, due to some flat spots on the back of their heads. From what they tell me this is fairly common with multiples, since kids get pretty squashed in the womb fighting for space. They’ll have these helmets for the next 4-6 months and that should help their skulls develop back into the cool normal skulls they were born to be. Very scientific, I know. Anyways, here’s a pic of Laid Back Lou getting fitted for said dreaded helmet. Green screen dots and lasers. Technology, man. 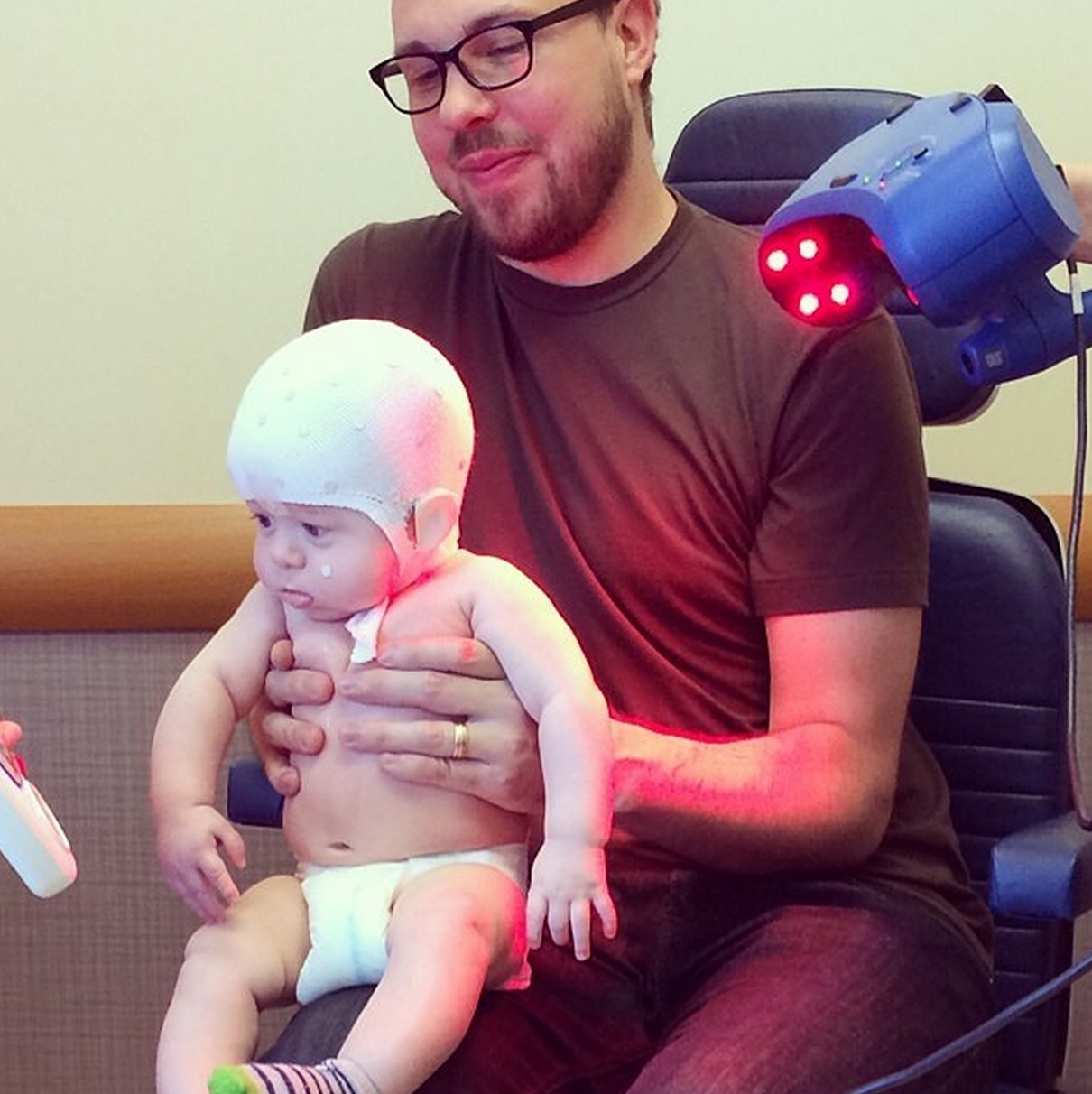 And here’s Lou in happier times, just so you don’t get it twisted. You cannot keep this dude down for very long. 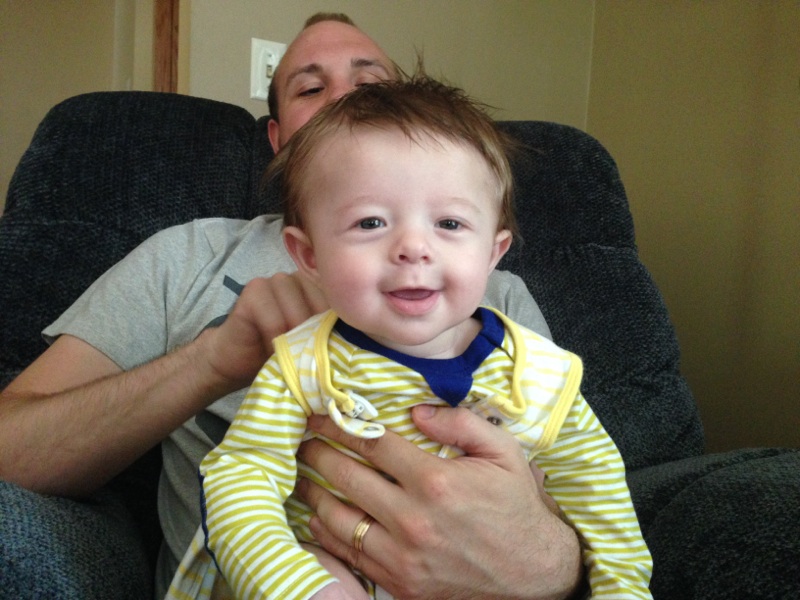 Crab Man Cam (still gotta come up with a new name for him – so far Clam Hands Cam is winning) and Laid Back Lou pre-baby helmets. Believe it or not they’re actually starting to hang out with each other after all these months. 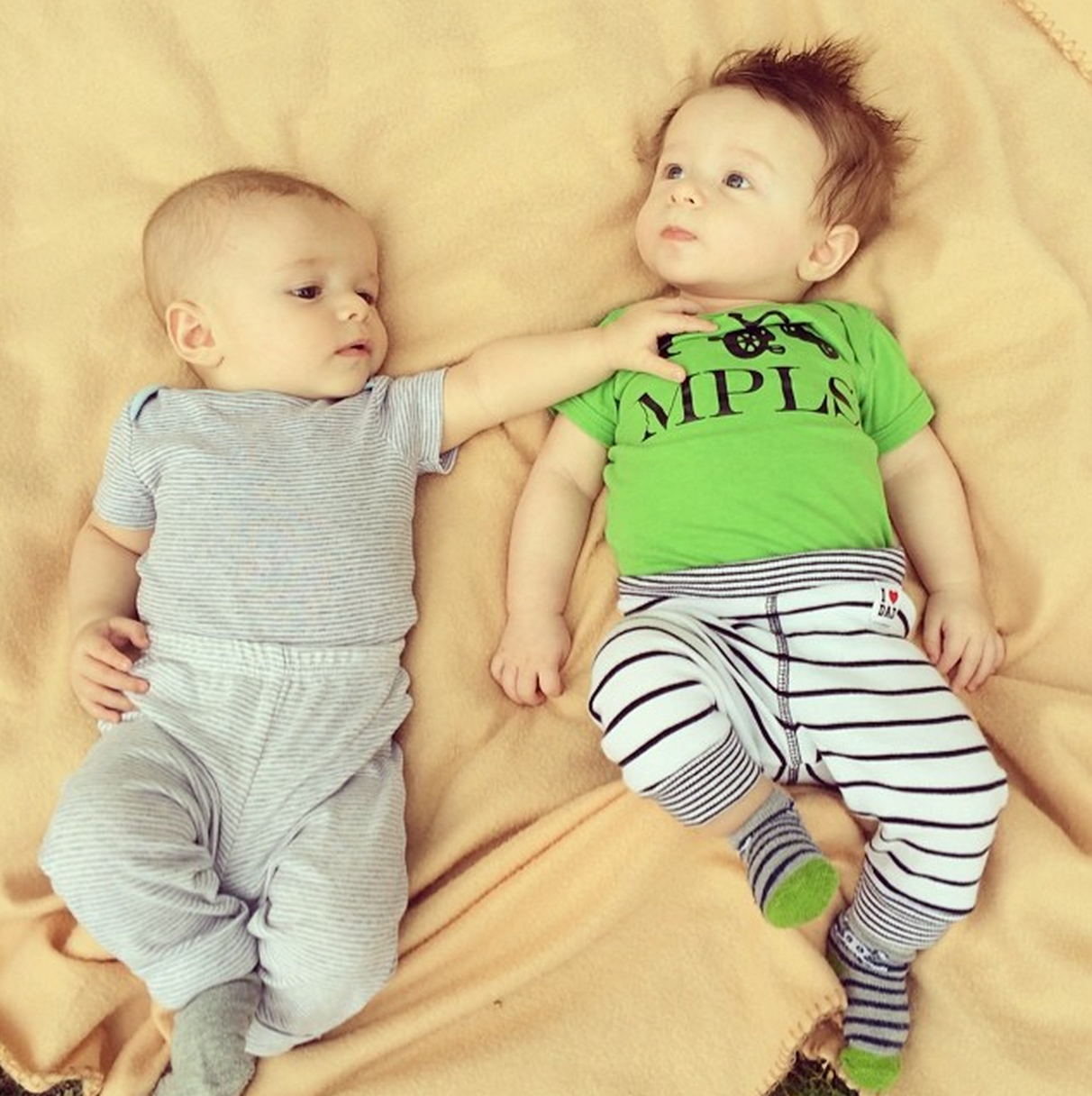 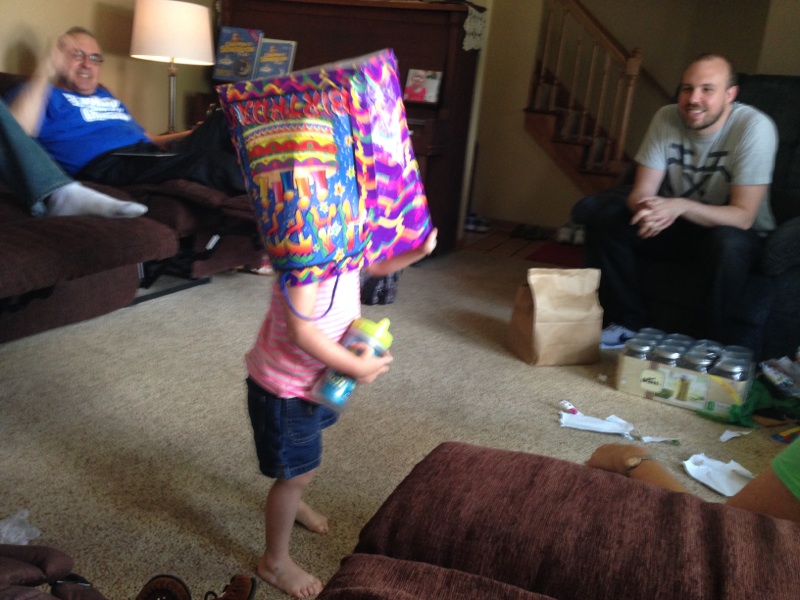 OK, that’s a wrap for this extra long post. I hope you all have a wonderful week. If you get a second today, please help us spread the word about “.38 Airweight” and the new Dessa video, and I’ll for sure see you next Tuesday for another totally crazy action-packed TWL. Even more big news coming up!