Welcome back to another regularly scheduled Tuesdays With Lazerbeak. BIG NEWS TODAY: Just in time for the holdiay season, it’s the return of the Mystery Grab Bags!!!! 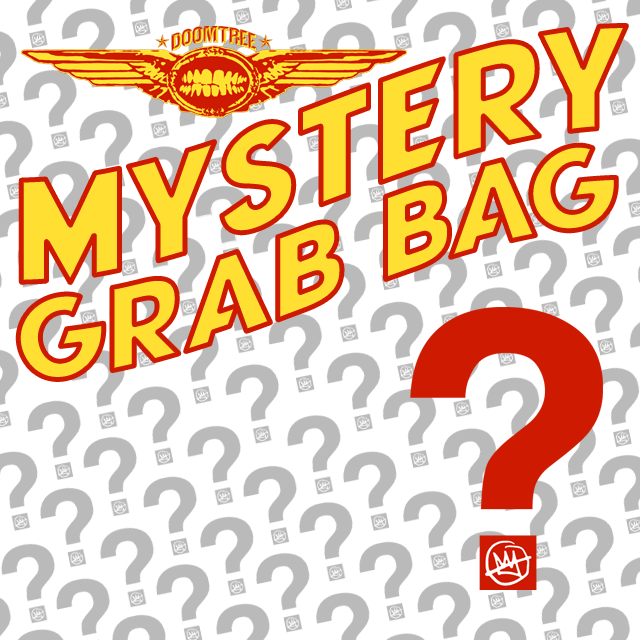 We’ve just liberated a ton of shirts, CDs, 7″s, and hoodies from our storage and webstore inventory, and to say it is truly going down would be a severe understatement. For $14.99 you’ll get the following awesomeness:

– 1 random t-shirt of your size

THAT IS A CRAZY DEAL!!! Plus, for the first time ever we’ve added a very limited hoodie option to the Mystery Grab Bags. For $24.99 you can get all of the above, except swap out the t-shirt for a random hoodie of your size. Perfect for the cold months ahead. So grab your T-Shirt Mystery Grab Bag HERE and your Hoodie Mystery Grab HERE, and stock up on those stocking stuffers early! The Grab Bags aren’t the only new items in the Webstore though….

Fresh off the HELLA FRREAL Release Show this past Saturday, Mike Mictlan brings you the “del TORSO” tee, with artwork and lyrics inspired by the album’s lead-off track. Get yours right HERE. 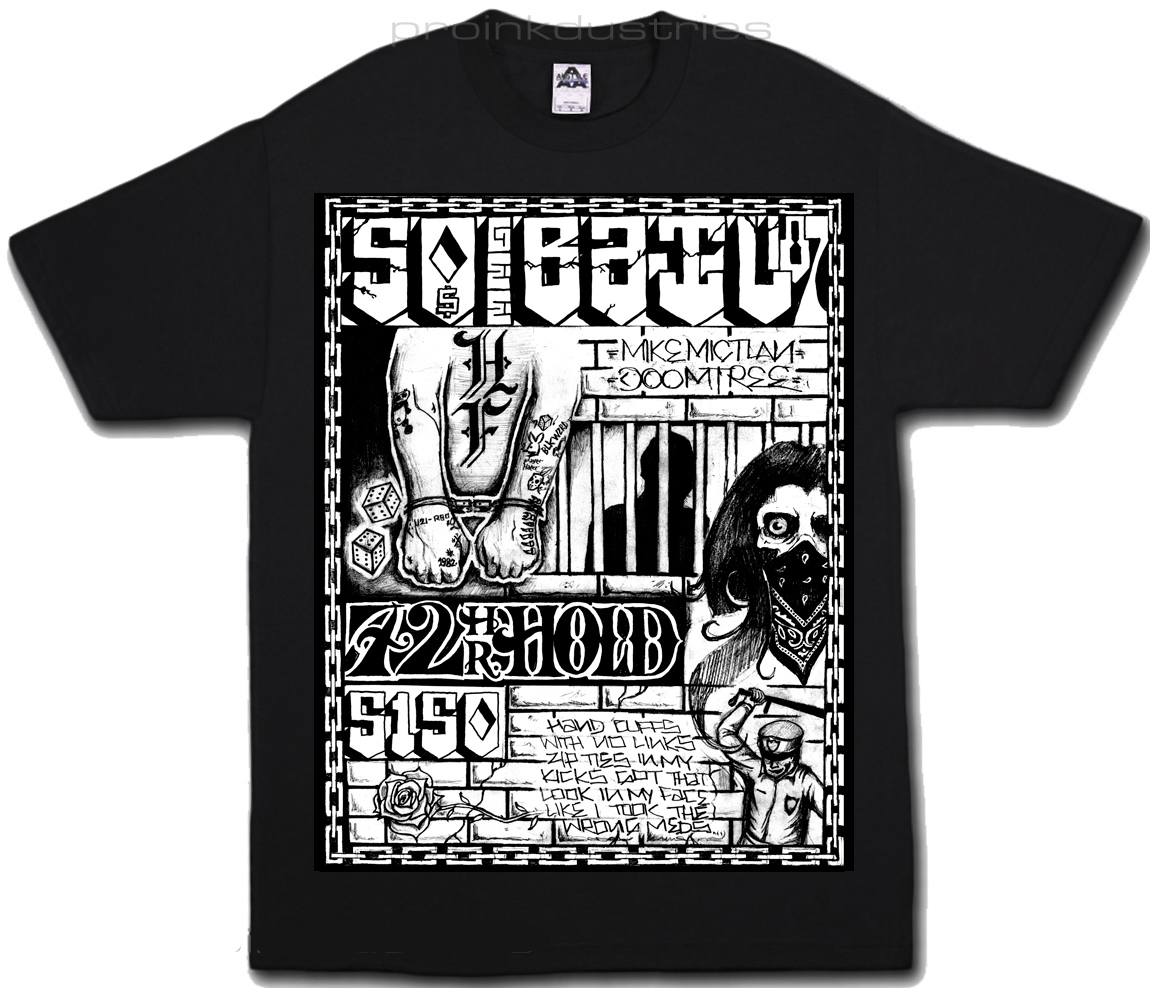 Speaking of HELLA FRREAL, it’s been quite a week for Mike. The album dropped last Monday and it’s been a whirlwind of positive press and feedback ever since. Let’s do a quick HELLA FRREAL Recap to get everybody caught up. On Monday we dropped the record (cop that digitally HERE and physically HERE), along with new single “so so STRAYNGE,” which you can stream below.

On Thursday Mike graced the cover of Vita.mn, sitting down with Star Tribune head music writer Chris Riemenschneider for an in-depth interview about the trials and tribulations of the past couple years making this record. Check it our right HERE. 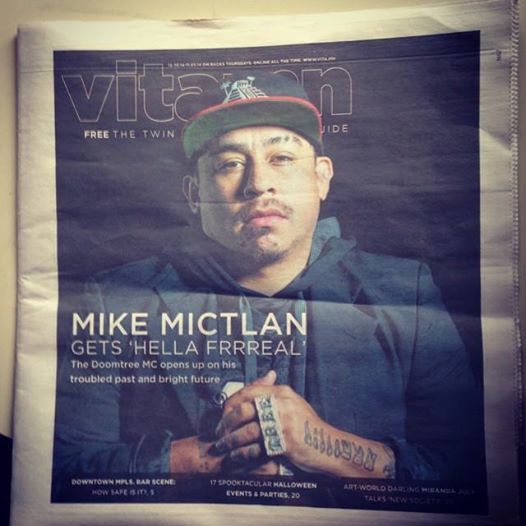 And check out an extended video interview and Soundcheck performance by clicking the player below. This is all highly recommended reading/viewing, as is Mike’s Gimme Noise interview with Jack Spencer (read that HERE). Truly some of the most honest and introspective interviews I’ve ever read, from Mike or anyone else for that matter. 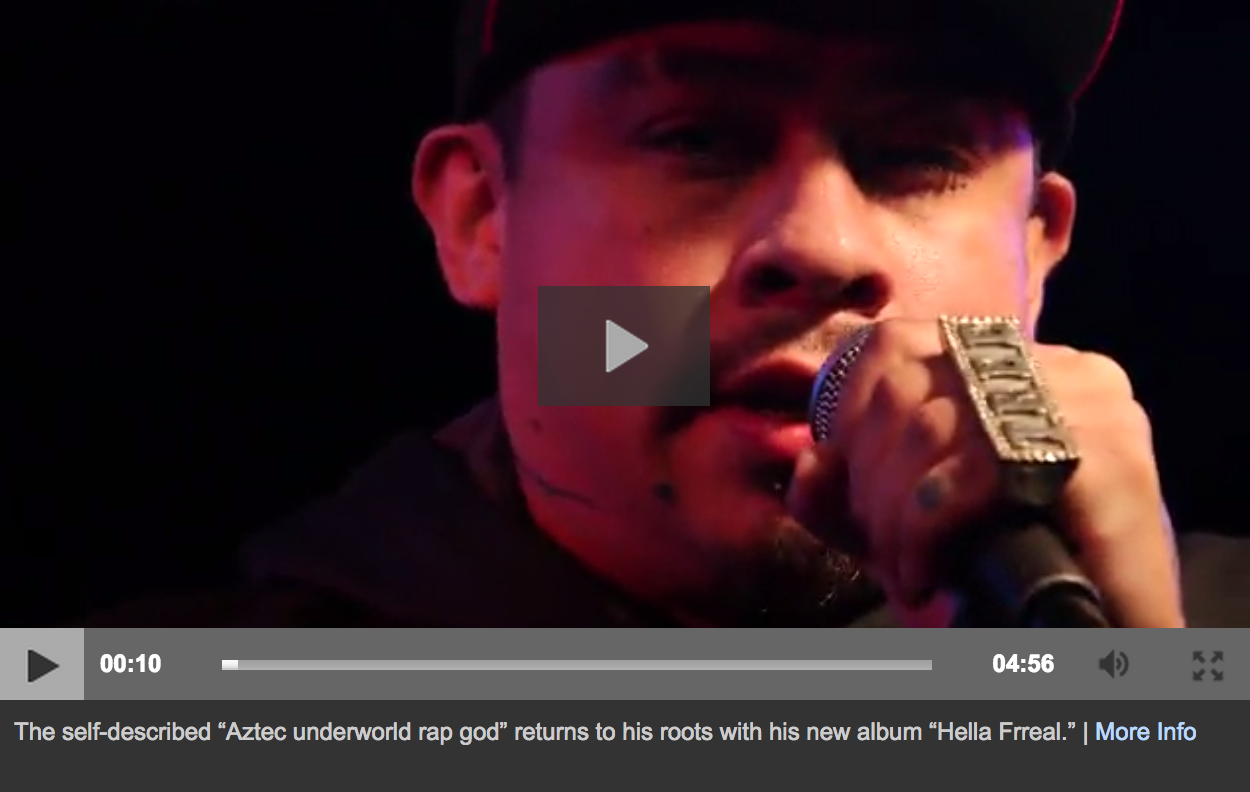 And speaking of live videos, check out Mike’s performance of “CLAPP’D” live on 89.3 The Current by clicking the player below. Consider it a slight foreshadowing to the Local Bonus Jams section at the bottom of the post (Next Level Segue Streak!). 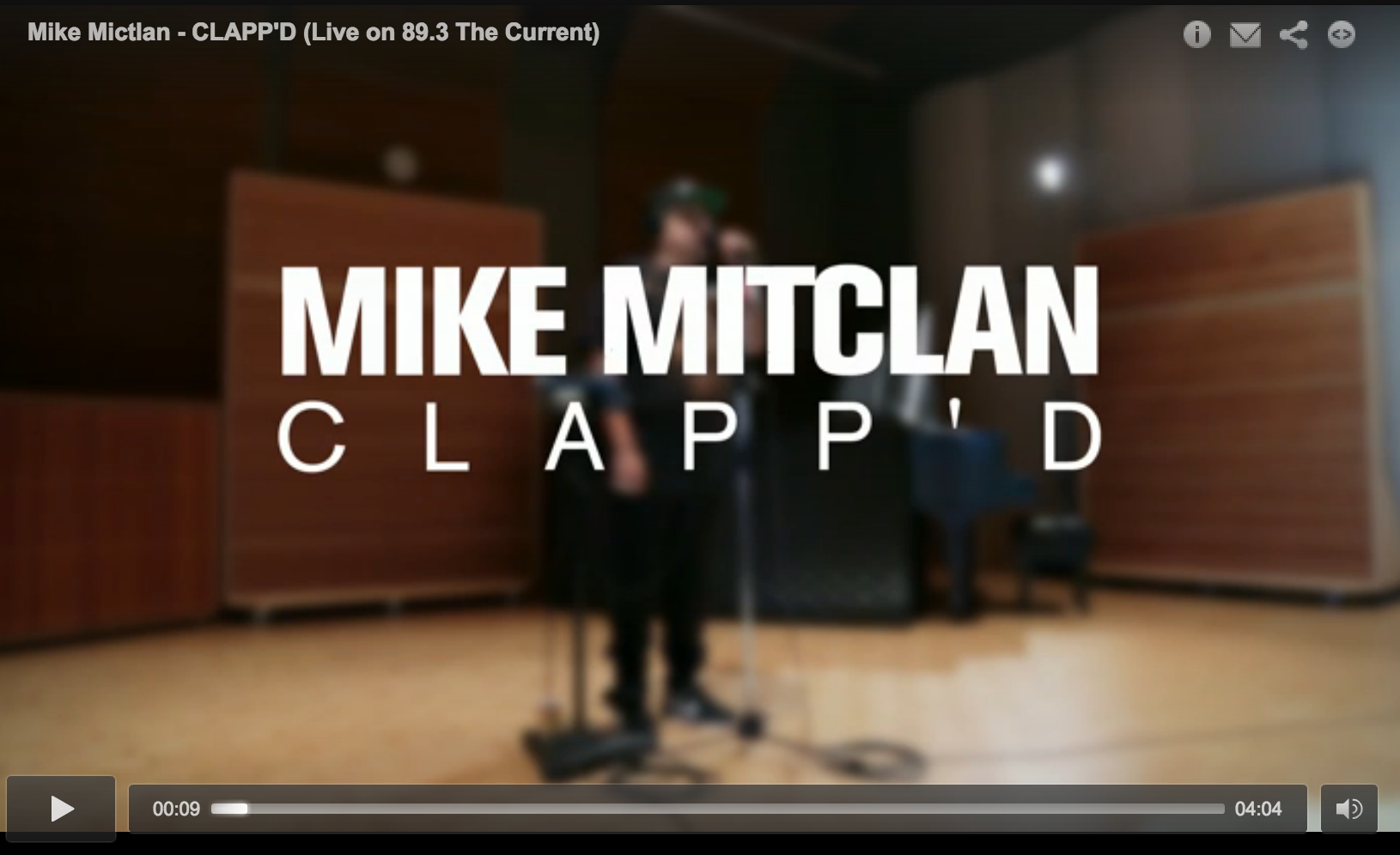 To put an exclamation point on release week, Mike brought out the whole city to his sold out release show at the 7th St Entry on Saturday. Enormous shouts to Mac Irv, Mundo Libre, Sims, Mike, Ander, Stef, Aby Wolf, Greg Grease, and Brandon Allday for putting on one hell of a show. So many friends and familiar faces in one room, it really did feel like an old family reunion. Here’s a great picture that Brian Grenz snapped from behind the stage during Mike’s performance. 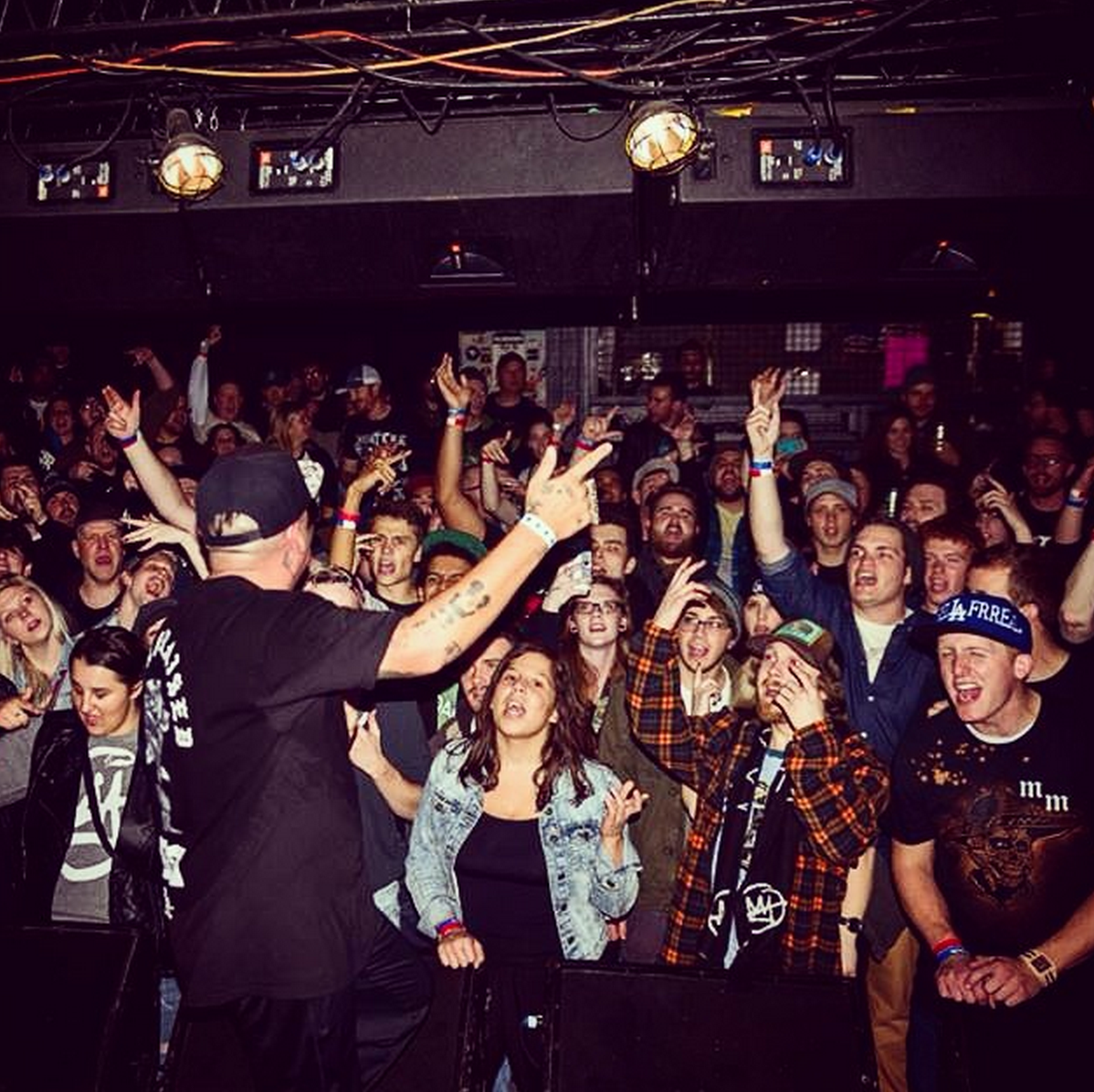 And there’s the Week 1 Recap. Thank you to everyone that’s been out there supporting HELLA FRREAL, either by purchasing the album or spreading the word. We truly appreciate the support. You totally rule.

Alright, now let’s get into that Local Bonus Jams segue I was alluding to up above! Tons of great music and music videos continue to pour out of the Twin Cities at an alarming rate, so let’s get you caught up on the last few weeks of greatness. We’ll kick things off with Lizzo, who’s currently out in the UK supporting Chvrches on a string of massive sold out shows. She just dropped the video for “Paris” a few weeks back, shot the very first time she ever visited the city. Ryan Olson and your truly on the collabo beat. Check it out.

FIX, the super collective comprised of Kill The Vultures, No Bird Sing and Kristoff Krane, just dropped off another heater a little while back. It’s called “Firewalking” and it totally slays.

K.Raydio & O-D dropped their excellent new record One Drop today. Shouts to Medium Zach on the early listen. Check out “The Back Wall” below and grab the whole record right HERE. Highly recommended, the production and vocals are both super on point (and “First Name” is a smash hit!).

Caroline Smith just released a new video for the title track off her Half About Being A Woman album yesterday. Check out the black and white visual below.

I’m not super familiar with John Mark Nelson’s music, but I caught this new music video for “Boy” the other day and totally loved it. Music reminds me of early Belle and Sebastian in a good way too, which is definitely a bonus. Check out the video below.

I know you can’t go two steps in this state without someone gushing over Prince, but this eight-minute medley on Saturday Night Live last weekend really was incredible. Click the player below to watch it on HULU. That first song is the best. 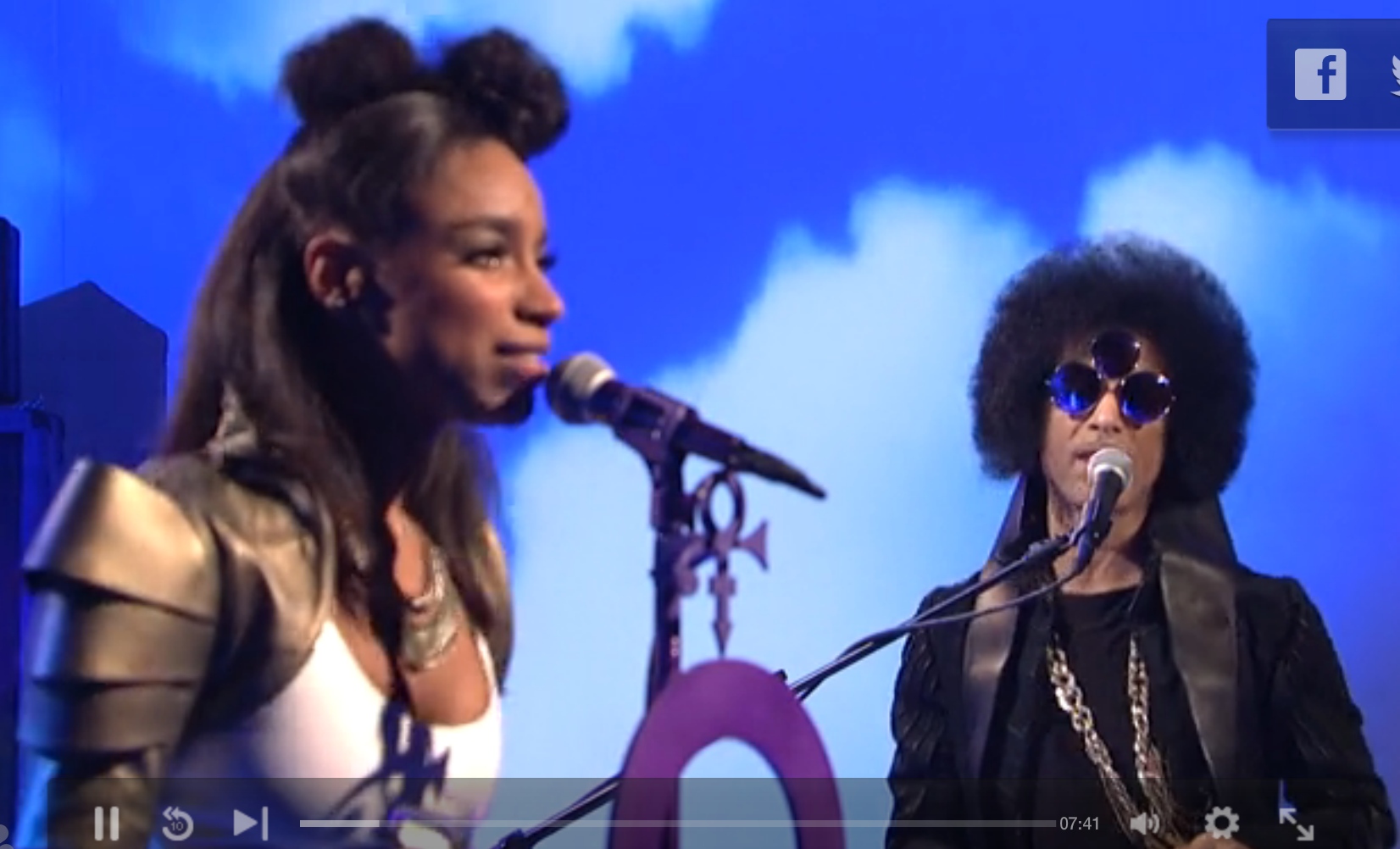 It’s election day today so you know I had to mention the homie Manny Phesto, who has come up with quite the creative campaign in the process of releasing some great music this year. These “Manny Phesto For Minnesota” signs have been popping up all over the Southside as of late, and they’re a great reminder to get out and vote today. Check out Manny’s video for “Cedar Ave” below, which is coincidentally the same street I drove down this morning on my way to the polls. As always, shouts to Mike the Martyr on the beat. 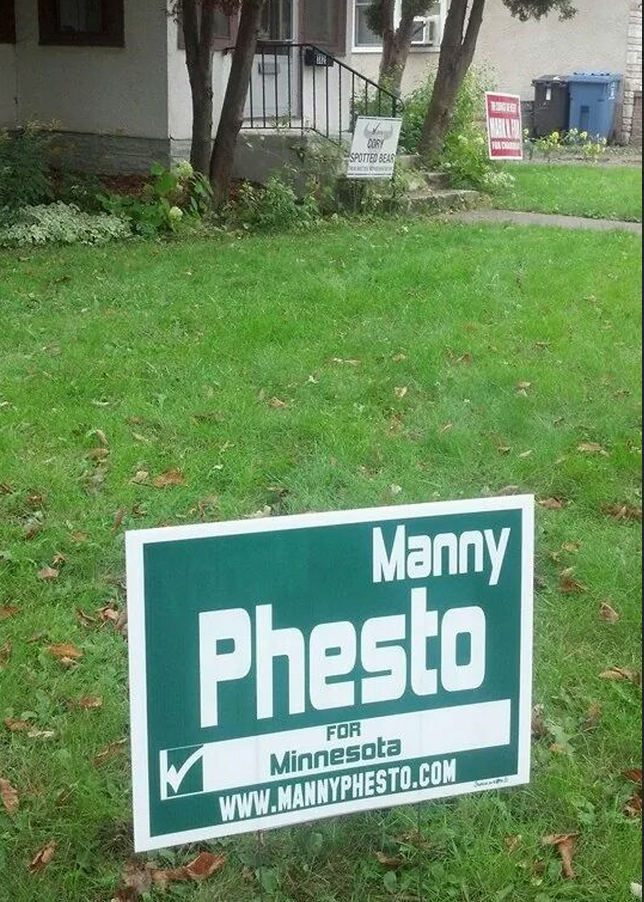 And there you have it, another round of excellent Local Bonus Jams. I’ll leave you with a few Bonus Baby Pics before calling it a day. Crab Man Cam and Laid Back Lou are almost 8 months old now (INSANE). They’ve been sitting up, eating baby food, almost crawling, growing teeth, and laughing up a storm these days. And they’re actually sleeping a little bit too (ALL PRAISES DUE). Here they are kicking it in the crib and being generally pleasant boyz. Eternal shouts to Sanaz for the octopus mobile. That thing has been a lifesaver. 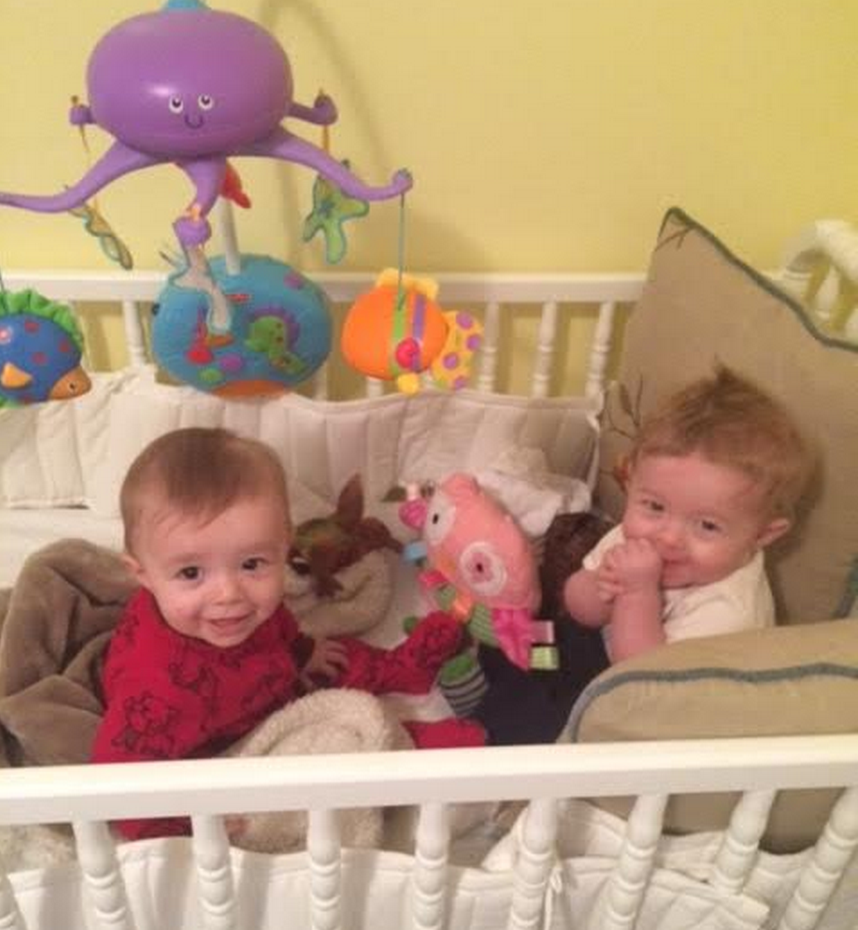 On Friday we got all the kids bundled up and took out the three-seater stroller/chariot for a little Trick-or-Treating. Here’s Penny getting her Elmo on (literally).

And here’s the final costume transformation. Ladies and gentlemen, I present to you Insane Pointing Elmo Holding A Stuffed Pig. NAILED IT! Now we just gotta work on the little “Thank You” detail that comes with getting tons of free candy. 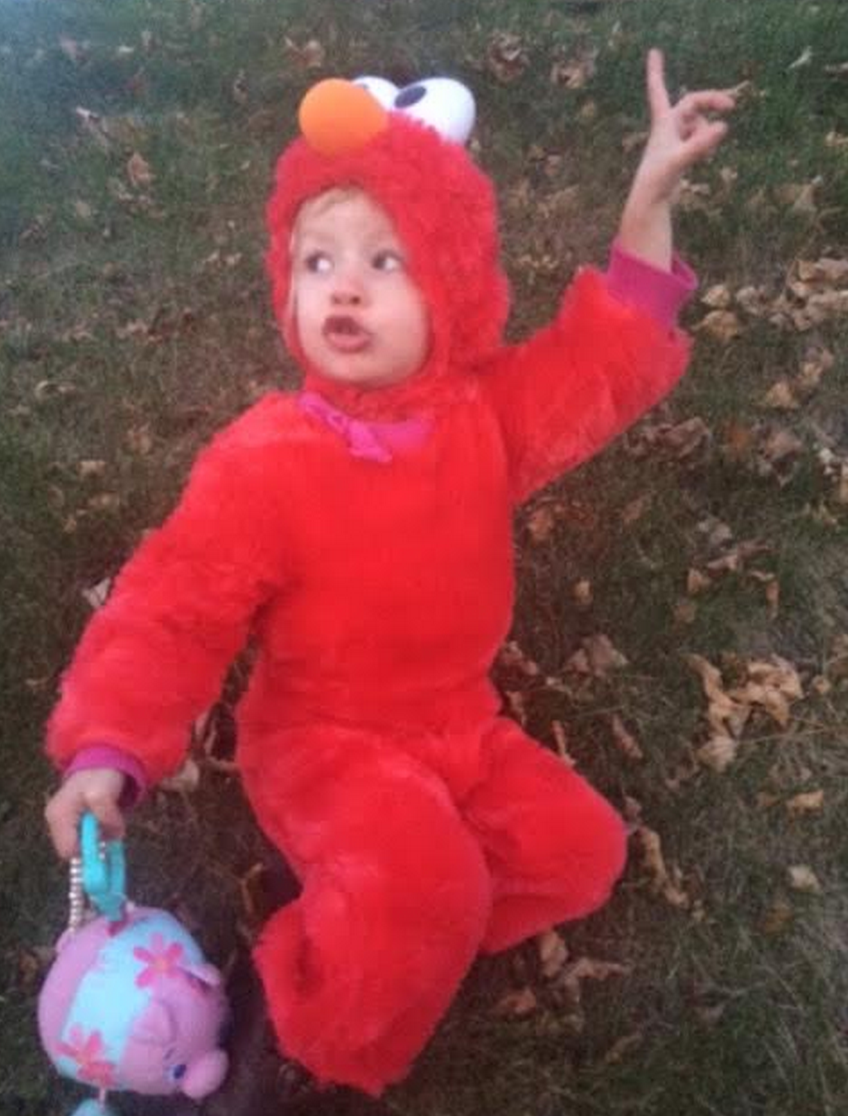 OK, that should about do it for this post. I hope you all have a wonderful week. Get out and vote, and we’ll see you next Tuesday for another round of Tuesdays With Lazerbeak.