Welcome back to another Tuesdays With Lazerbeak! It’s a rare slow news week over at Doomtree HQ, so let me get into a quick recap of all the big stuff coming up in the next couple weeks. The entire squad is gearing up to head out on the final leg of the Off in the Deep Tour, and we’re thrilled to be bringing our friend Mixed Blood Majority and Bleubird along to warm everything up. These are the last out-of-town crew shows that we have on the books for the foreseeable future, so you definitely don’t miss out if we’re rolling through your neck of the woods. Full dates, cities, and venues listed below. Grab your tickets and even more details right HERE. This is gonna rule. 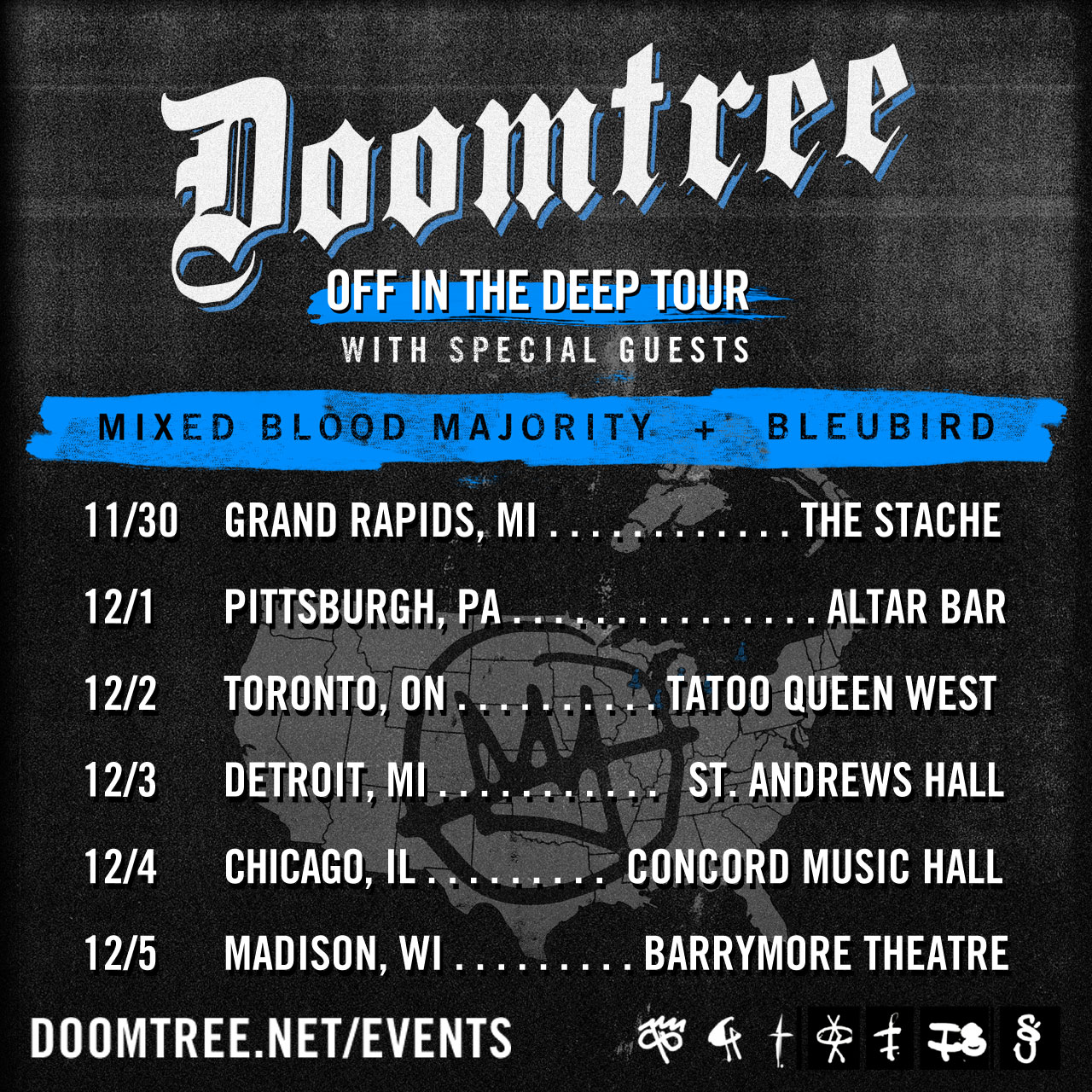 Speaking of Mixed Blood Majority, last week we announced the pre-order for our new album Insane World and debuted the title track off of it. Check out all the details for the deluxe pre-order below. You get the CD, limited-edition t-shirt, autographed poster, and immediate digital downloads of the first two singles, all for the price of two specialty cocktails. What savings! Grab your physical copy right HERE (or digital copy on Bandcamp right HERE) and support your lads. ‘Preciate you! 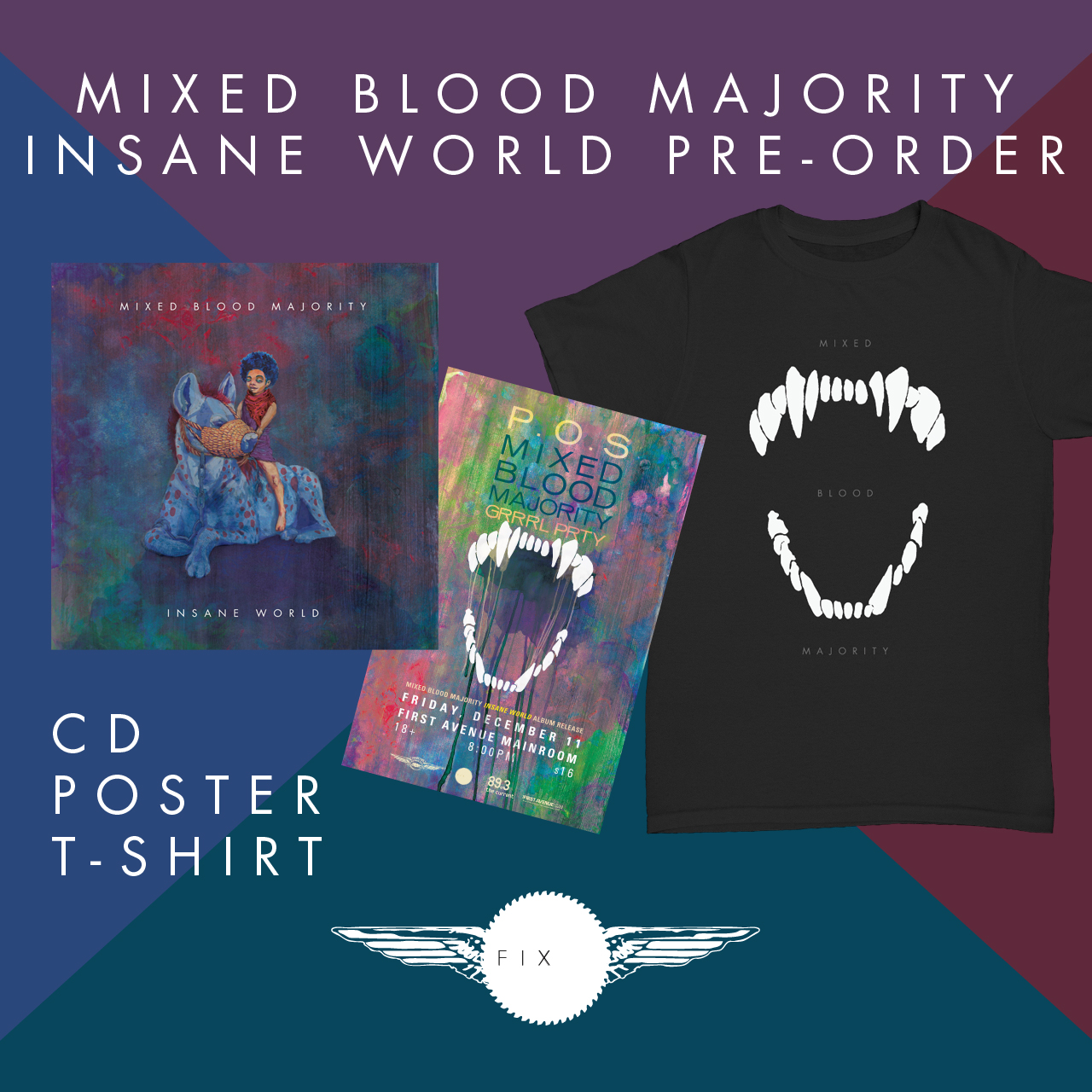 And don’t forget about the big Mixed Blood Majority Insane World release show at the First Avenue Mainroom on Friday, December 11th with P.O.S and GRRRL PRTY! Stef is going to be debuting a bunch of new songs in his rare solo headlining set, and possibly bringing a band to back him up as well. And GRRRL PRTY will be celebrating the release of Lizzo’s new solo album and playing a bunch of new crew tunes. Should be a glorious night for the ages. Grab your tickets HERE before they’re gone! 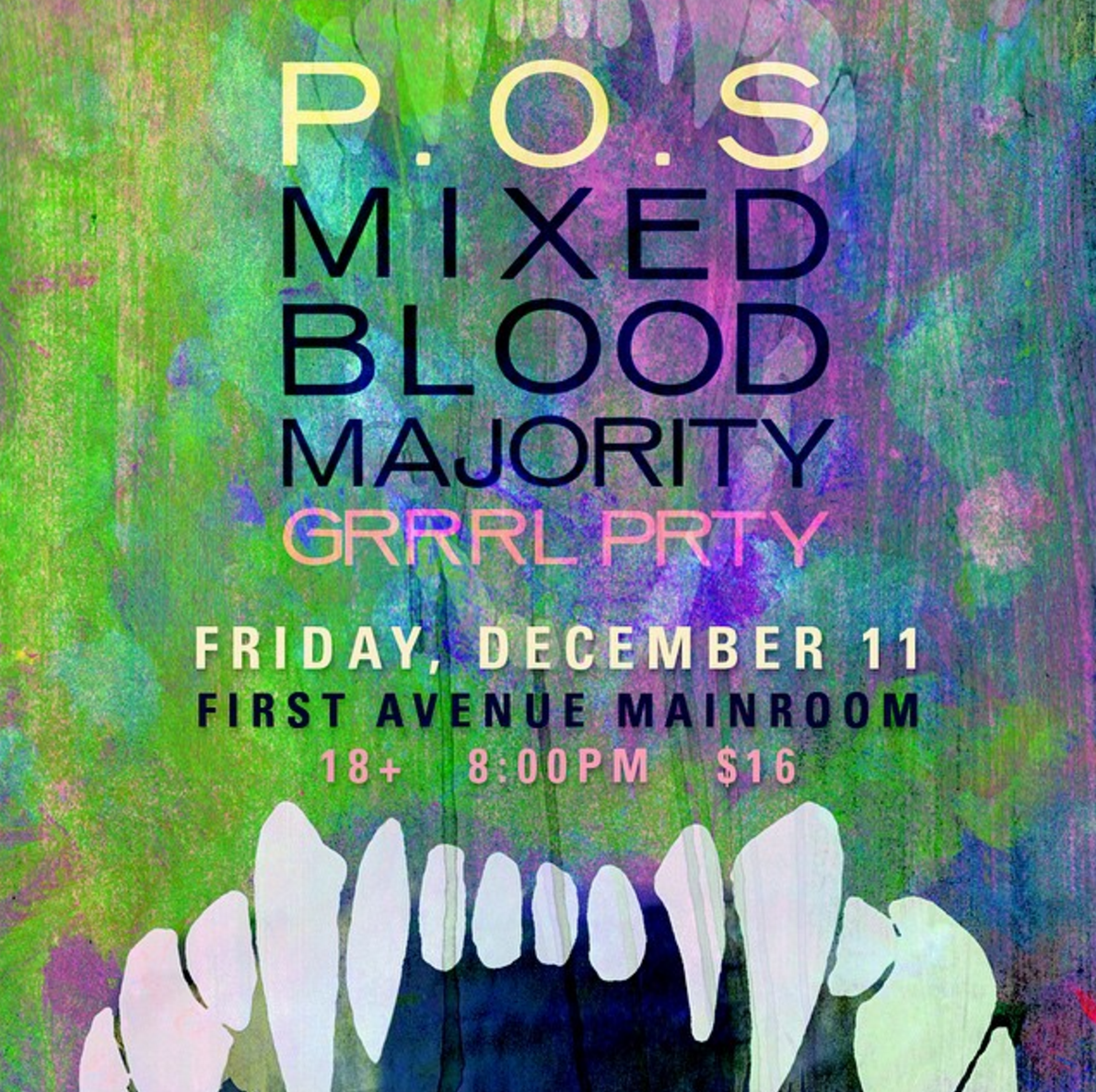 In case you missed it, here’s the first two Mixed Blood Majority singles to get familiar with this upcoming Insane World album. Really excited to start playing the new material live on tour and at the release show. We’re gonna drop another track for you next, so definitely stay tuned.

And while we’re on the Bonus Jams vibe, let’s get into a new one from GRRRL PRTY (so many segues this week – feeling myself!). Check out their Bionic-produced “Poppin’” single below. Lots of new material from them on the way.  Sophia Eris absolutely slaughters her verse on this one.

Polica just announced news of their upcoming United Crushers album, out on Mom + Pop Records this March 4th. I can attest that is really, really phenomenal. Check out the video for lead single “Lime Habit” below, and get AMPED.

Here’s a new one from local singer Fancy. I just got put on to her recent South Side mixtape, and there are some definite heaters on this thing. Check out the video for “Do It” below and stream the entire mixtape right HERE.

Been feeling this new album from Cool Uncle, which is the unlikely pairing of (Legend God) Bobby Caldwell and mainstream producer Jack Splash. I gotta admit, I was pretty skeptical about this project, but Splash definitely tapped into a ton of Caldwell’s strengths while updating the sound in a very tasteful way. Into it! Check out “Game Over” and “Breaking Up” below.

And now for my ultimate guilty pleasure: New Country. One of my favorite past times is to watch all of the country award shows and find out about some of the new up-and-coming artists in the field. The CMA Awards put me up on Kelsea Ballerini a few weeks back, and I’ve been bumping her new album a ton when no one is around to judge me. Check out “Love Me Like You Mean It” below. It’s the best.

I’ll leave you with a couple of Bonus Baby Pics before calling it a day. It’s been really awesome to be at home for a little while and spend some quality time with the fam. The Party of Five is crazier than ever, but everyone is doing great. Here’s Penny showing off some of the wildest hair in the game. Never seen anything quite like it. 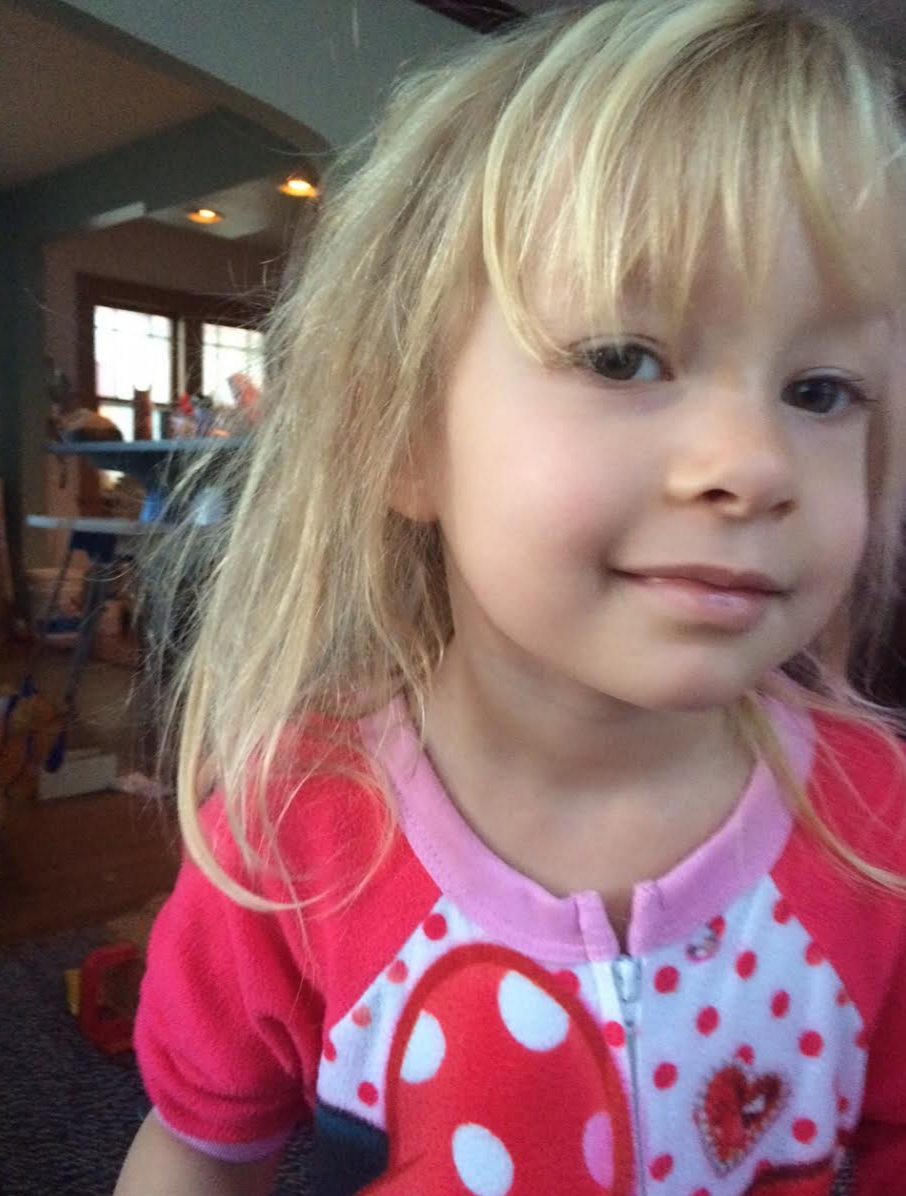 And here’s Lou and Cam playing their new favorite game: Netflix Keepaway. It oges something like this: Lou convinces Mom or Dad to let him watch a movie on the phone, then Cam comes over to try and enjoy said movie, and Lou immediately blocks his view. Starts out really funny and usually ends in tears (and occasionally a cracked iPhone). 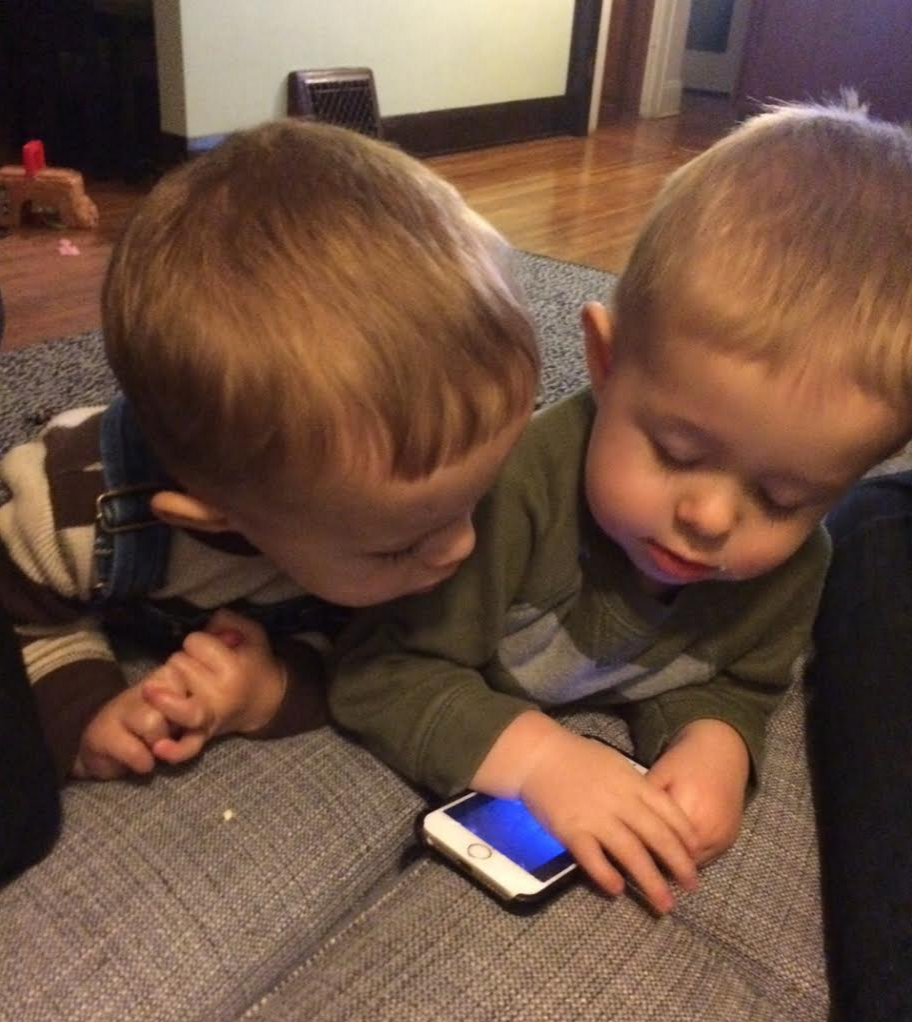 Cam has been happier than ever these days, fully shedding the Crab Man handle for good this time. He’s taken a liking to musical instruments as well. Still working out exactly how the recorder is played, but he’s got the right idea at least. Fake it til you make it, man. 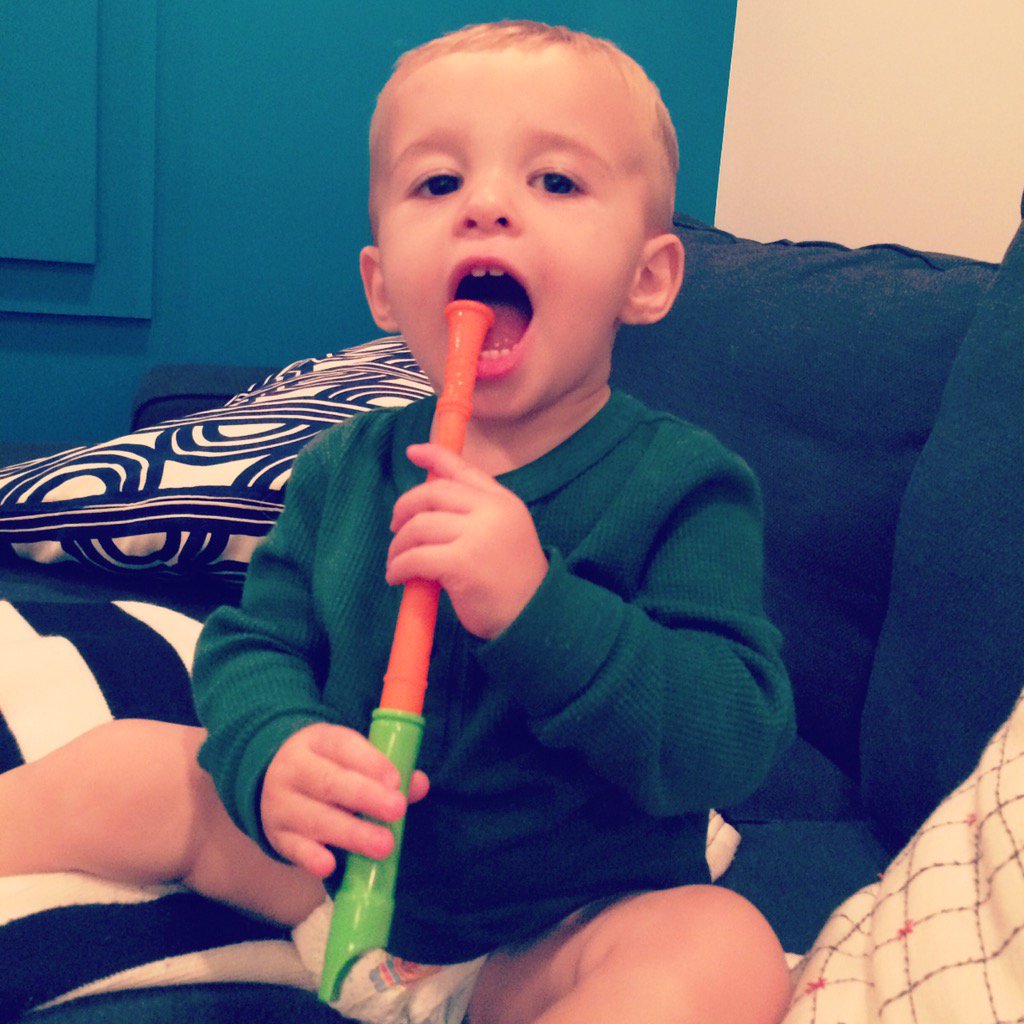 Alright, that does it for today. I hope you all have a wonderful week gearing up for this epic Vikings/Packers showdown on Sunday. I’ll see you next Tuesday with even more new Mixed Blood Majority music!