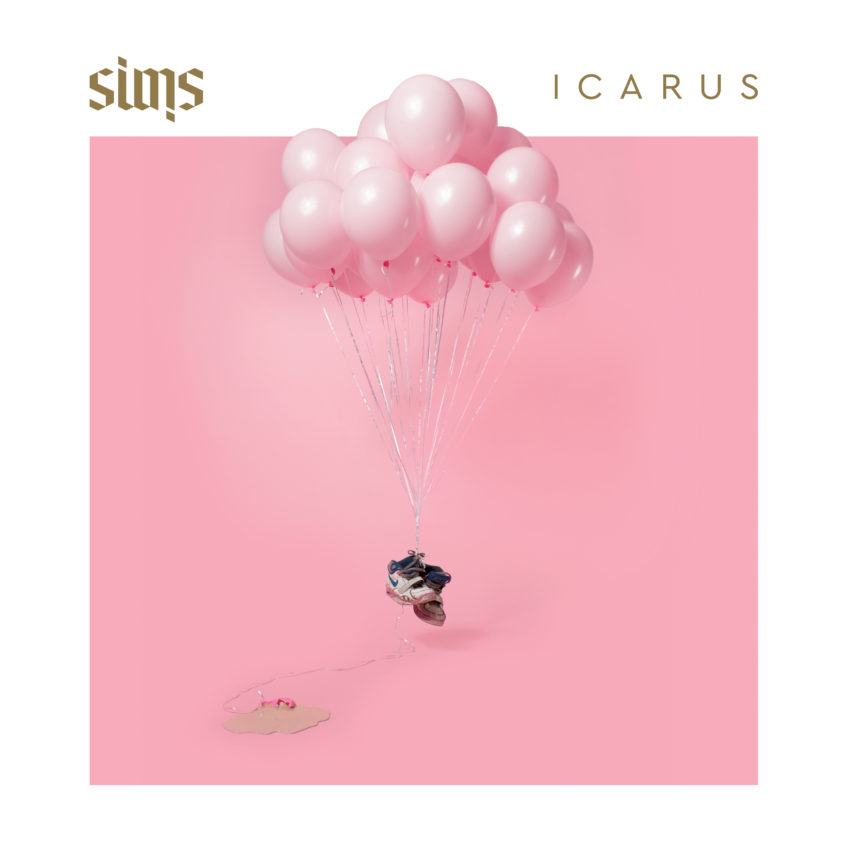 Welcome back to an extra special edition of Tuesdays With Lazerbeak. The good people over at HipHopDX just world premiered the second single from Sims’ upcoming More Than Ever album. BAM! You can read about what they have to say about it right HERE and check out the sweet single artwork below. 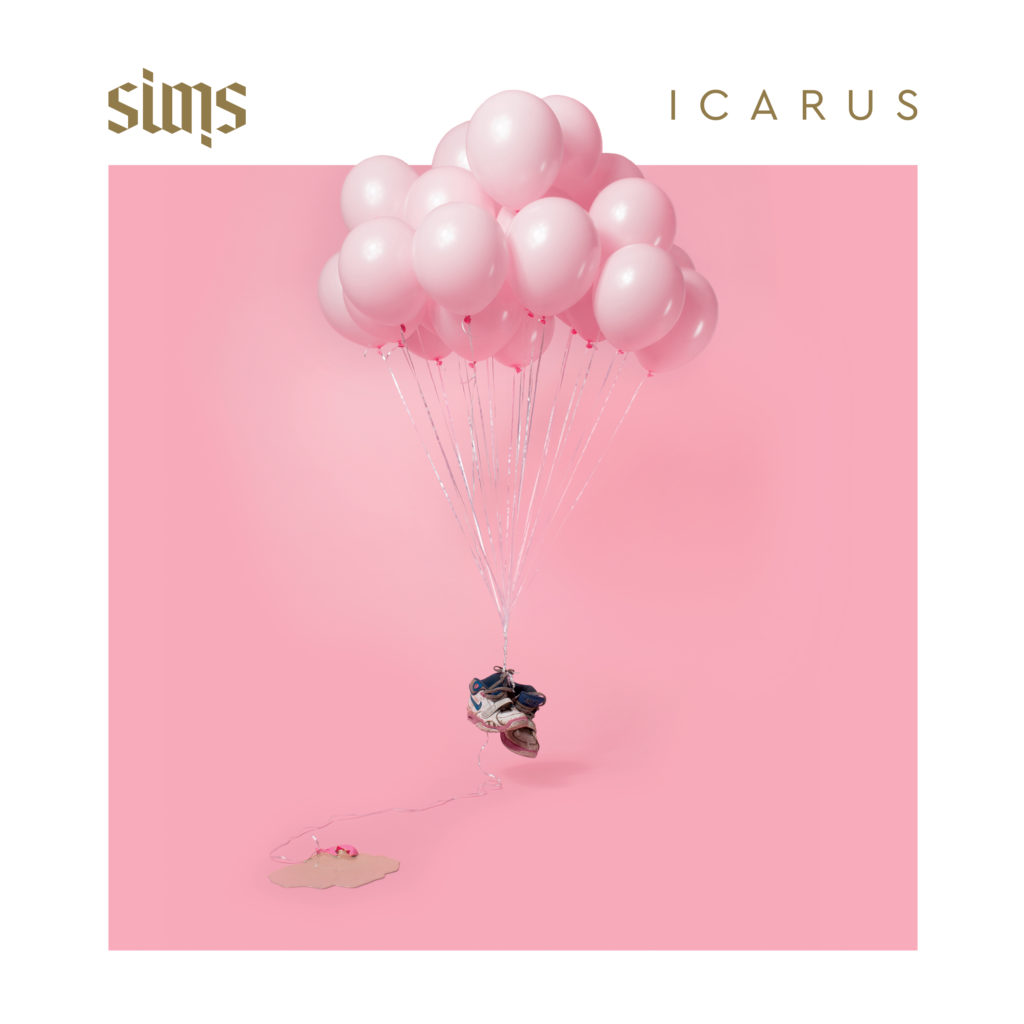 The track was produced by Paper Tiger and is by far one of my favorite songs on the whole album. Before I hit you with the audio link, I figured it would be best to have Sims drop in and ‘splain a thing or two real quick. Take it away!

“This song is about feeling unstoppable. The chorus came to me while I was driving in my car listening to this Paper Tiger beat. It was one of those perfect Fall days, where the air is crisp and the sun is bright. I was thinking about how awesome life is, just driving around feeling excited. It was one of those moments where you are like the living embodiment of love. I wanted to make a distillation of that feeling, cuz I feel like shit a lot of the time. It’s about rising above all of the pettiness, and being daring enough to take a chance; to risk being safe to do something amazing. I called it “Icarus” as a counterpoint to the cautionary tale. For everyone warning you to play safe, to not fly too high, I offer: We are all going to die. Might as well live boldly.”   – Sims

And now without further ado, we bring you “Icarus.” Peep it below and spread it all over the world.

If that wasn’t enough good news, we just got a handful of More Than Ever CDs and LPs back from our manufacturer and I can’t even begin to describe how insanely awesome they look. The packaging for this one is truly on another level. Enormous shouts to designer Andy Lund for tirelessly crafting everything. So pumped! 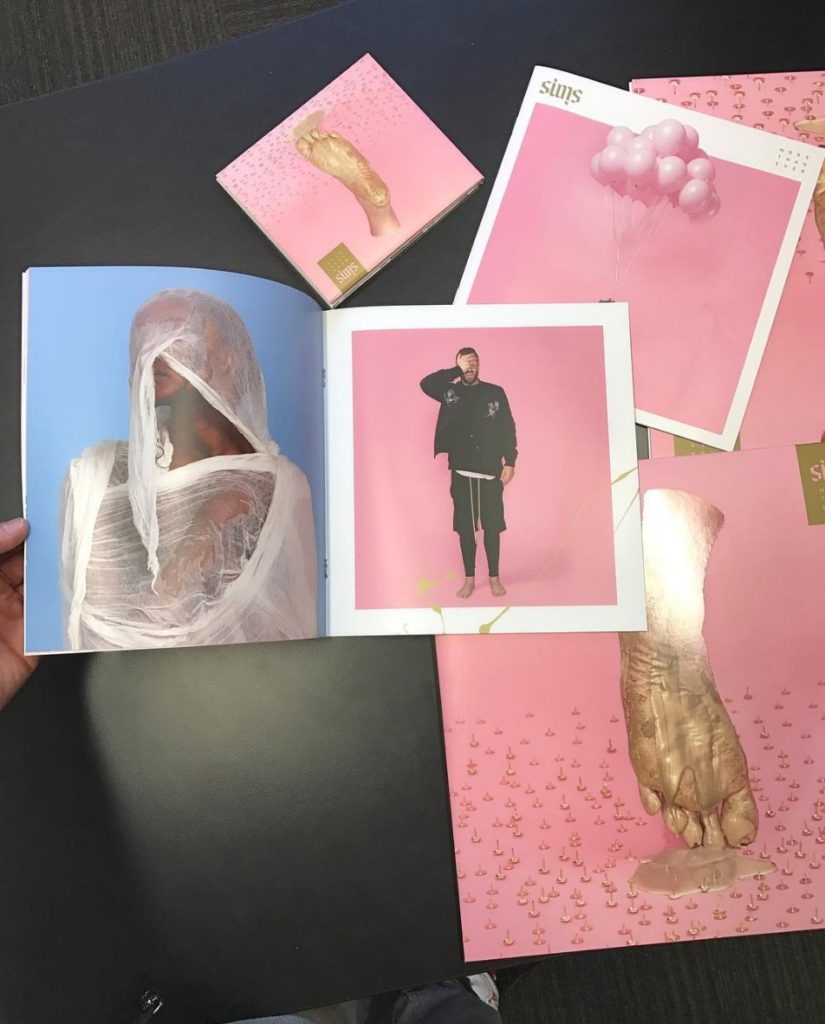 More Than Ever drops in just over three weeks, which means you’ve still got time to grab an awesome physical pre-order from the Doomtree Webstore. We’ve got Standard, Deluxe, and Collector’s Edition packages for every price range, and not only will you get a ton of limited-edition exclusive stuff with your purchase, you’ll also be helping to fund the entire Doomtree collective and ensure that we can continue to make and release music for many moons to come. The money generated from this pre-order is going directly into the making of the new P.O.S album and the money from that pre-order will go into the next solo album on deck (and so on and so forth). It’s real Circle of Life for us. Anyways, go check out all the sweet deetz below and grab your pre-order right HERE. Thank you! We really appreciate the support.

As soon as the album drops Sims will be hitting the road hard alongside road warriors Air Credits (ShowYouSuck & The Hood Internet’s new group) in November and December. Check out all the cities and dates below and go grab your tickets right HERE. I got a sneak peek at some of the stage design for Sims’ set the other night and I can guarantee you that this tour is not one to be missed. Doooooooooooit. 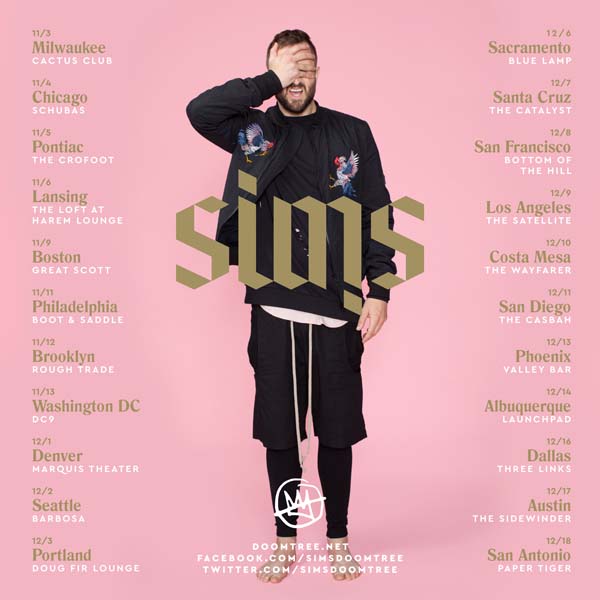 Now for a bit of random Doomtree-related news. We’re all super huge fans of the Minnesota Vikings up here, and couldn’t be more proud of their killer 5-0 start. Last Sunday my friend Josh texted me from the game at the beautiful new stadium to let me know the Vikes were rocking some Doomtree in between quarters for the 60,000 strong in attendance. Love it! Here’s the proof. “Bangarang” AND “Get Down.” SO. TIGHT. 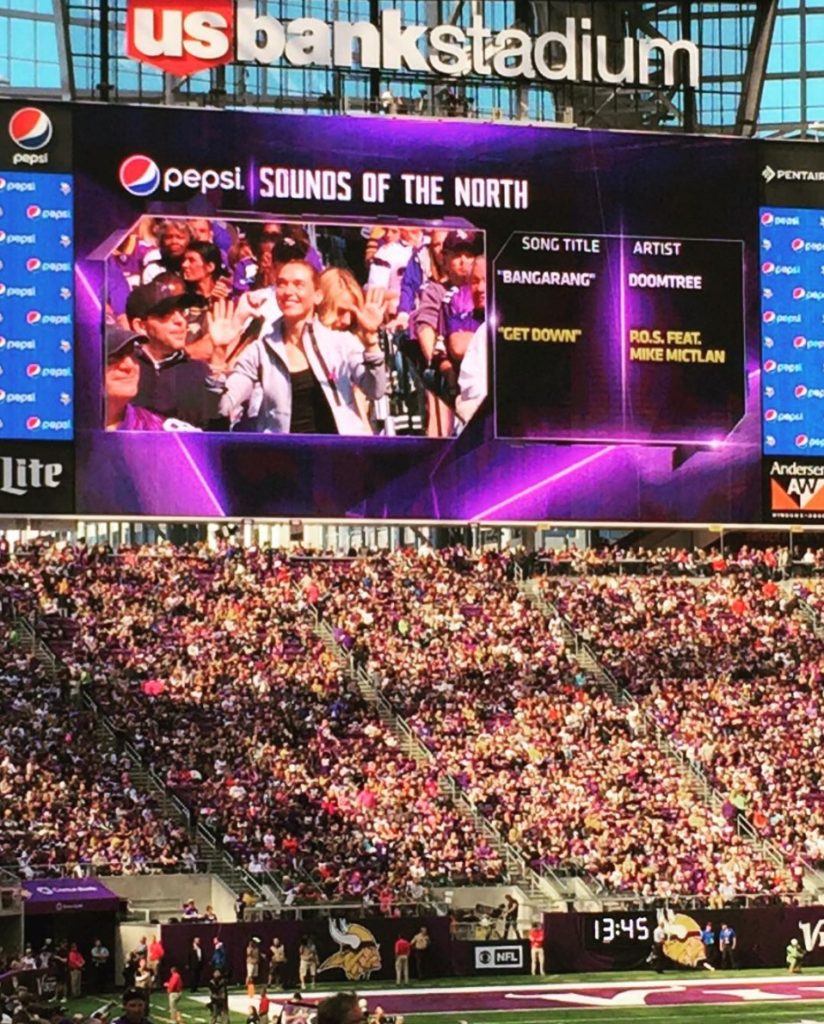 Alright, that does it for the news this week. Let’s jump right into the one miiiiiiiilllllllion Bonus Jams I’ve been storing up for you over the last month. OK it’s more like 13, but still. You know I’ve gotta start things off with this new Sims heater. Check out “Icarus” below in case you missed it up top. Certified Lava Banger.

KAYTRANADA just dropped an amazing video for my favorite song off of his new album. It’s based around 90’s black sitcoms and movies, and there is a serious Coming To America vibe going on in this thing. So good.

Poliça just started their big Euro tour last week and decided to drop this sweet Kind Remix EP to celebrate. It’s got the original United Crushers standout followed by banging remixes from Boys Noize, Task Force, and Fog. Check it all out below.

Huge shouts to Ander for putting me on to this new Burna Boy track. I love this song. Totally fits into the chill dancehall stuff that OVO has been killing lately. I’m all in. I swear my next solo joint is gonna be a dancehall album.

Just discovered this new Innanet James Quebec Place album last week and it’s been getting a ton of play in the Camry. Super upbeat and fun summer vibes, perfect for easing into the Fall. The beats are phenomenal too. Highly recommended.

Lizzo continues to make major moves all over the place. In addition to her new MTV show, she just dropped her major label debut EP last Friday. Check out the title track from Coconut Oil below. It rules.

This new video from PARRI$ is one of the best things I’ve seen all year. Check out “NASTY” below and make sure you watch all the way through. Some of the best choreography and seemless camera work I’ve seen in forever.

By now I’m sure you haven’t been able to escape the Bon Iver promotional machine. I can’t begin to explain how proud I am of the entire band and team involved in making and releasing this new record. They just barely missed the #1 Billboard spot this week, and the promotional rollout was a total joy to watch. I love this band and the new album is my favorite one yet. Check out “8 (circle)” below. Huge shouts to our buddies Eric Carlson and Aaron Anderson on all the great lyric videos.

The homie Mux Mool just dropped a brand new record last week and it’s total fire. I love the first track so much. MUST LISTEN. Do it.

Now for a bit of curveball. Most people have a hard time understanding my undying love for Randy Newman. For whatever reason he is one of my all-time favorite artists and has been since back in junior high when I first hear Sail Away. He’s definitely up at the top of my dream artist collaborations, dead or alive, right behind Luther Vandross and Drake. Newman just put out his first new song since 2008 yesterday and it is completely NUTZ. Check out “Putin” below. Yes, it’s really about that picture of Putin riding a horse shirtless. Can’t wait for the new album!

Our friend M.anifest has been busy spreading his music all throughout the world and he just dropped a brand new album last month. Check out this “Sugar” joint below and cop the whole thing right HERE.

My homie CRASHprez dropped a new heater last week inspired by Weezy F Baby himself. Check out “DMC JR” below. Always excited to hear new music from this dude, and this new one doesn’t disappoint in the slightest.

Two Twin Cities young gunners just got up and made a total smash. Check out “#GO” from J. PLAZA and Why Khaliq below. I’ve been feeling everything these guys have been putting out lately. Excited to see where they take it next.

Lastly, our good friend Longshot recently linked up with Ang 13 to form a new group called Army Of 2. Check out their latest single “Another 1” below and get ready for the upcoming collabo album they’ll be dropping shortly.

BOOOOOOM! That does it for Bonus Jams this time around. I’ll leave you with a few Baby Bonus Pics before calling it a day. In addition to running all over the place, the TWINZ have been talking up a serious storm lately. Here’s Crab Man Cam, Laid Back Lou, and Young Nelpz conquering the playground like total BAWSES. 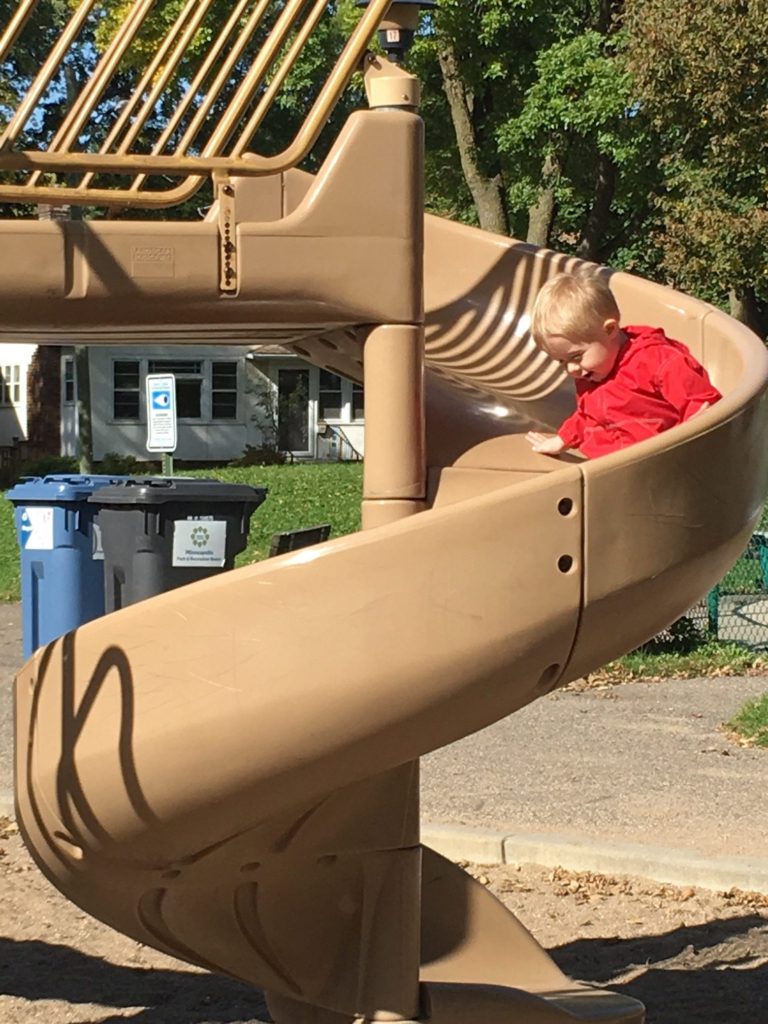 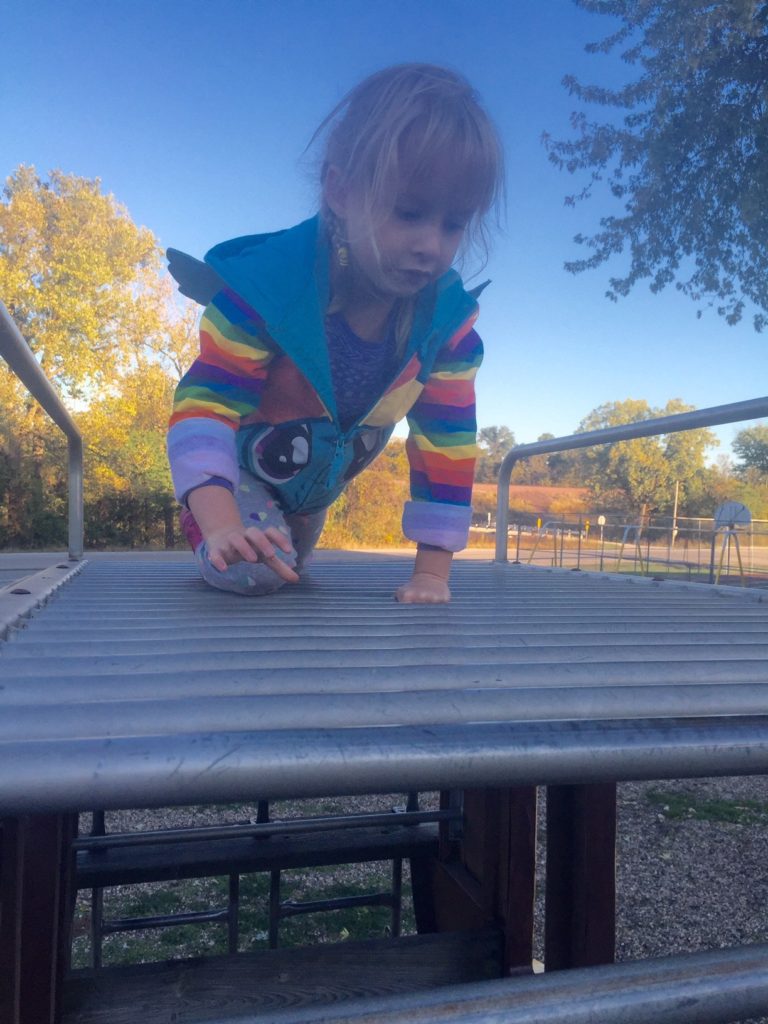 Penny has been getting more and more into music lately and she’s turned into quite the little singer. Here she is practicing on her new recording setup. Going all analog, take that Ableton! 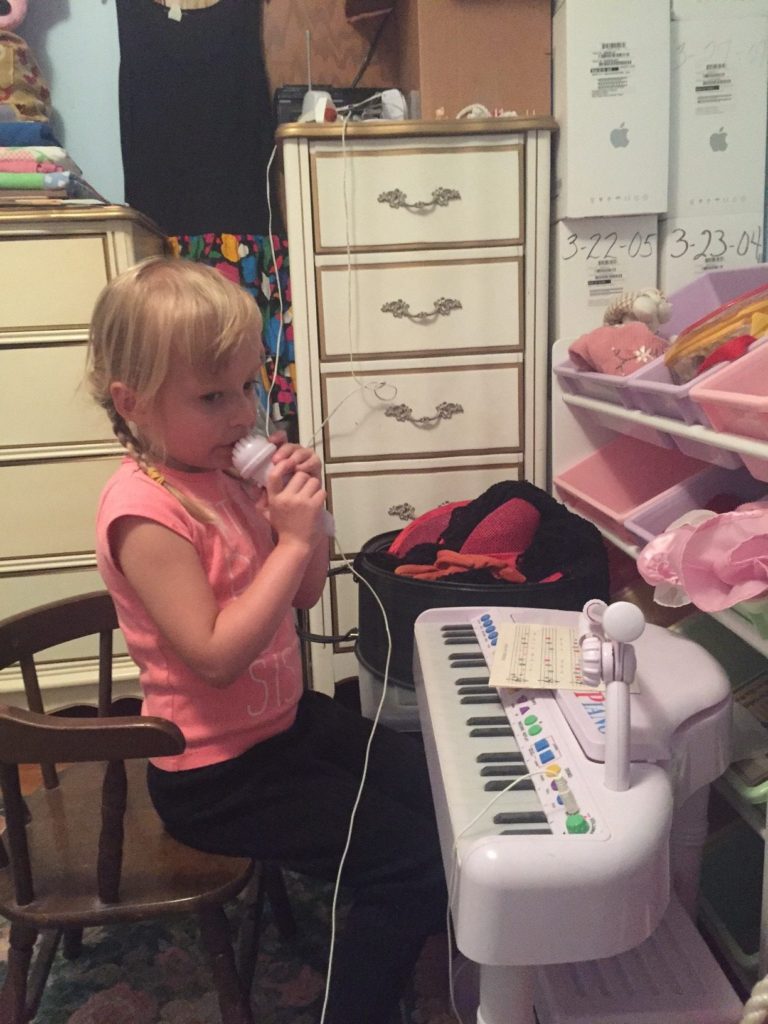 Here’s Lou having the time of his life on this race car ride. 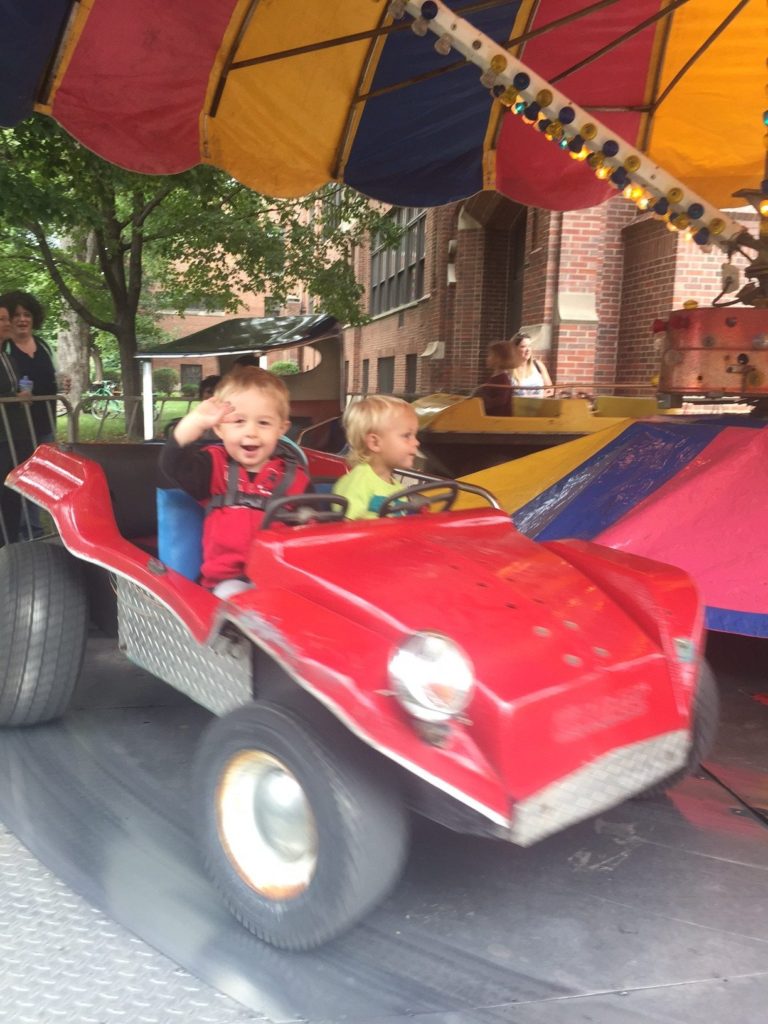 And here’s Cam riding on top of a rock like it’s a horse. Sure. 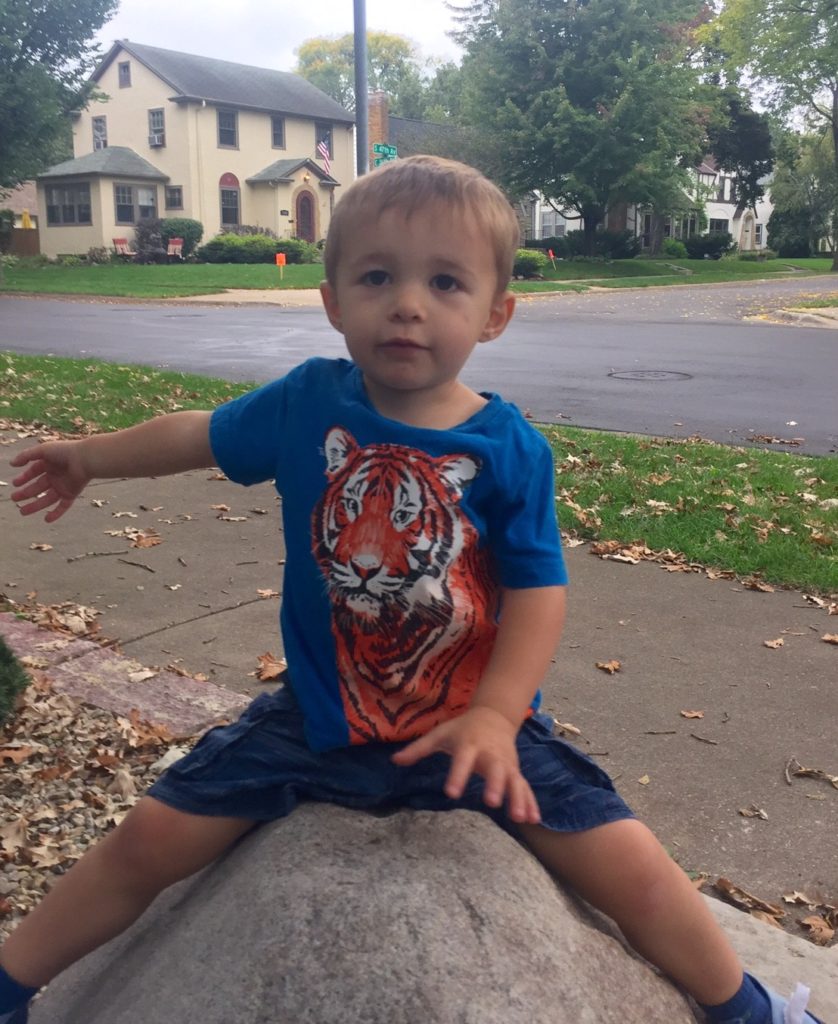 Penny got into some face paint shenanigans over at my folks’ house last week. Here’s P with my mom, sister, and dad after making sure everyone was fully dolled up. 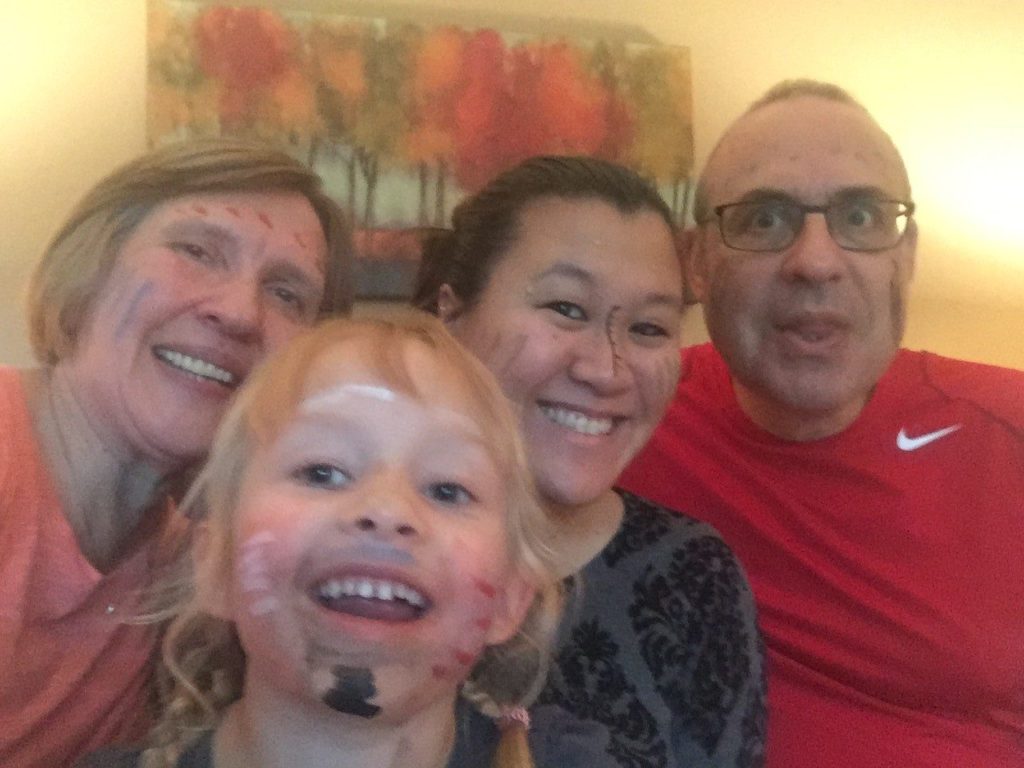 And here she is rocking her new tight mini braids. She’s been a phenomenal big sister lately and has been helping around the house a bunch and taking care of her crazy brothers. V proud of this one. 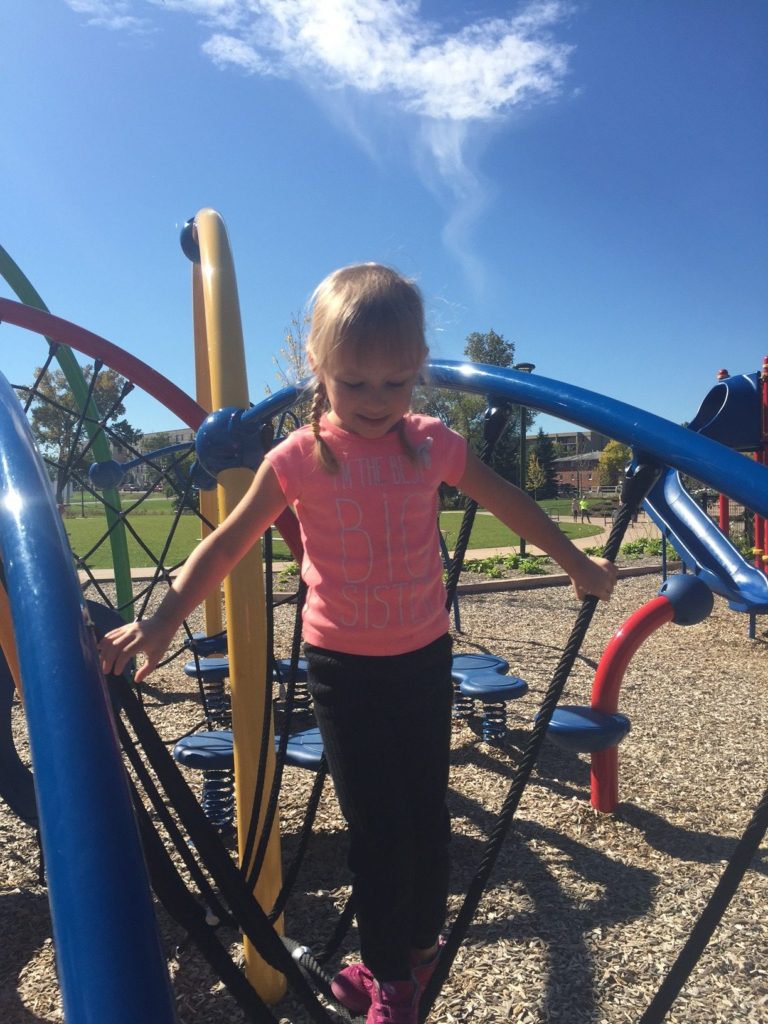 OK! That’s it for this post. Make sure to spread around that new Sims single and grab your More Than Ever pre-order and tour tickets while you’re at it. Enjoy all those sweet Bonus Jams and I’ll see you back here next Tuesday with even more breaking news!