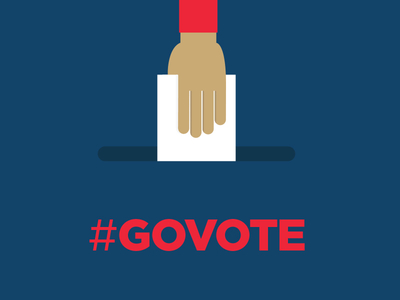 First things first, please go out and vote today. Click the image below to find your nearest polling place. ‘Preciate you. 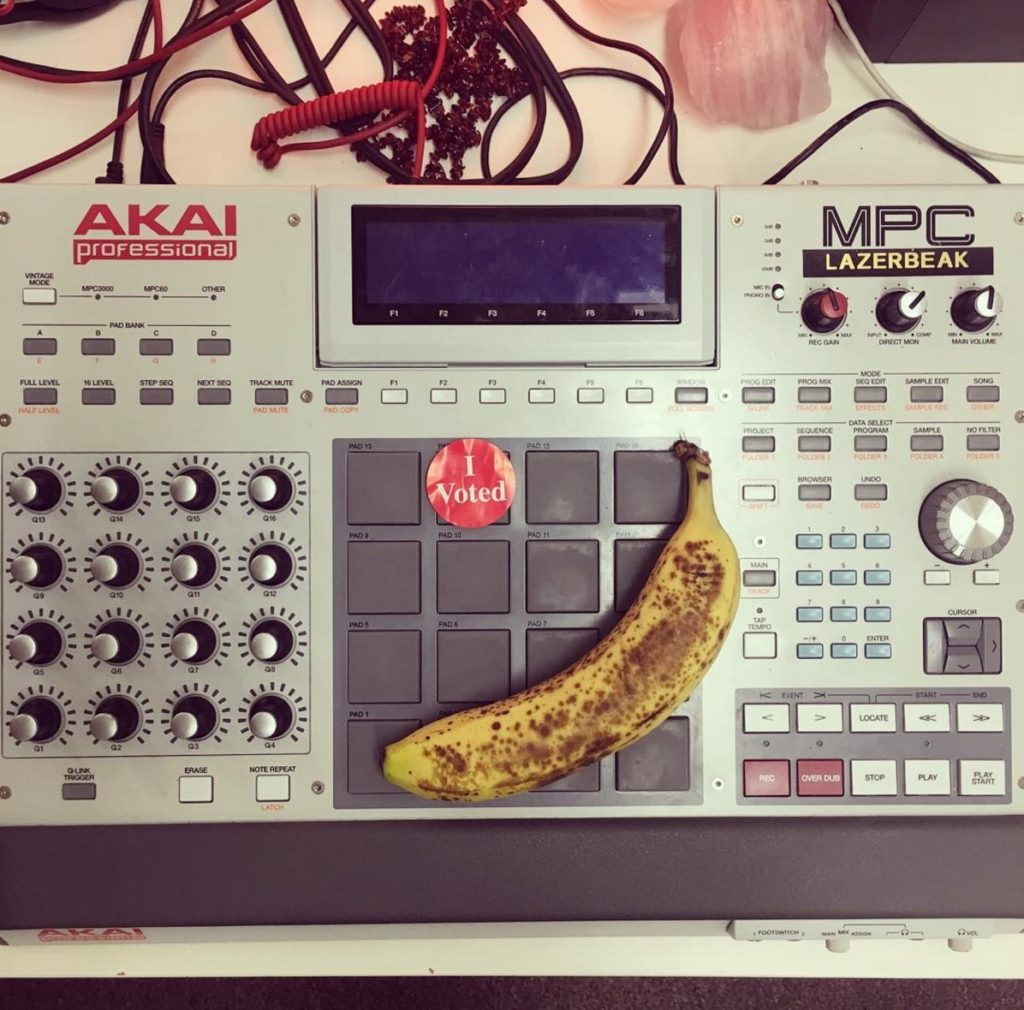 OK now that you’ve gone and done that, I’d like to welcome you back to yet another weekly Tuesdays With Lazerbeak update! Last Friday we welcomed More Than Ever into the world with a big bang. Enormous shouts to everyone for the tremendous support, encouragement, positivity, and help getting the word out these past few months. So insanely happy (and quite relieved) that this record is out  for the whole world to hear. Check out all the links below and tell a friend.

Sims – More Than Ever

Here’s a picture of me on release day celebrating a year of hard work and also the fact that it was Drake Sweater Friday at the office. 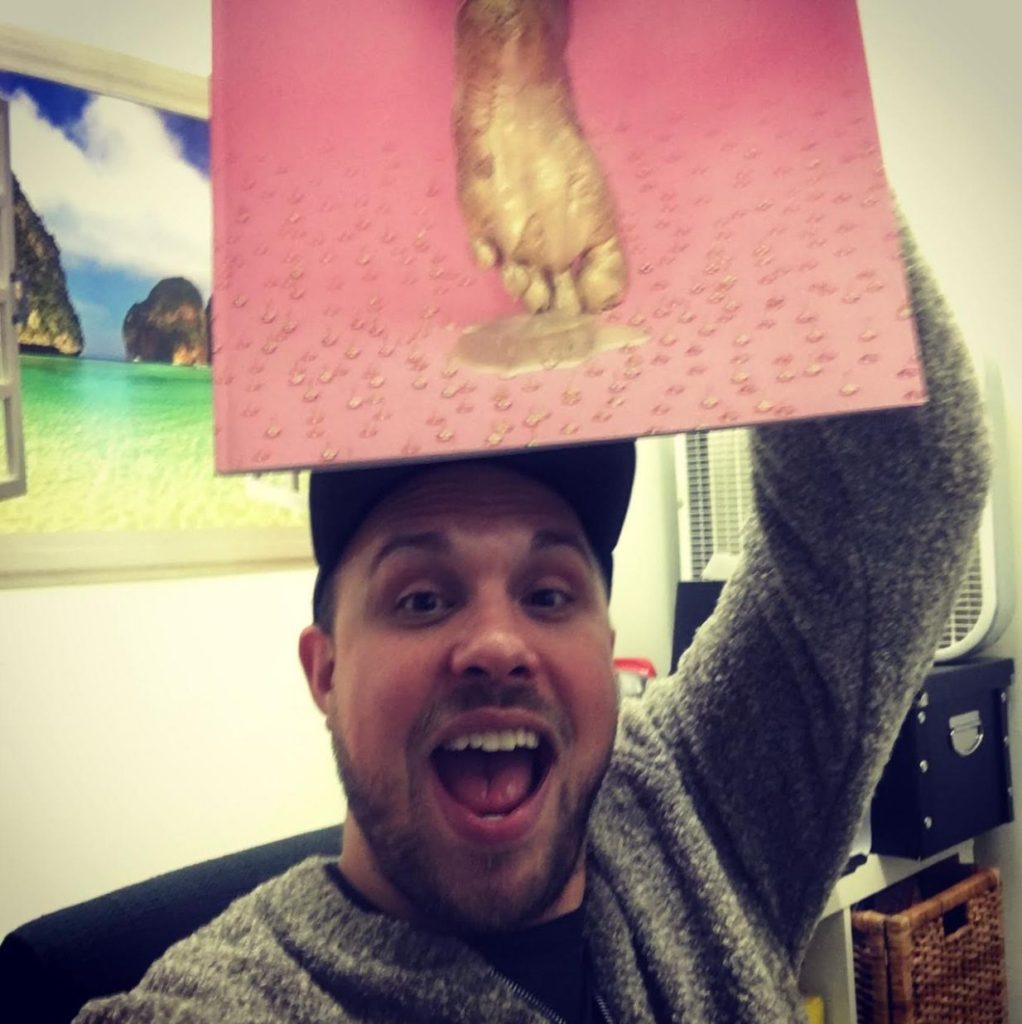 Sims hit the road last Thursday to kick off the official More Than Ever Tour with the homies Air Credits. So far the gang have swung through Milwaukee, Chicago, Pontiac, and Lansing and they’re headed for the East Coast as we speak. Here’s a few shots of the dudes doing what they do. Makr getting the setup just right below. I’m telling you, the lights and vizualz for this tour are next level. 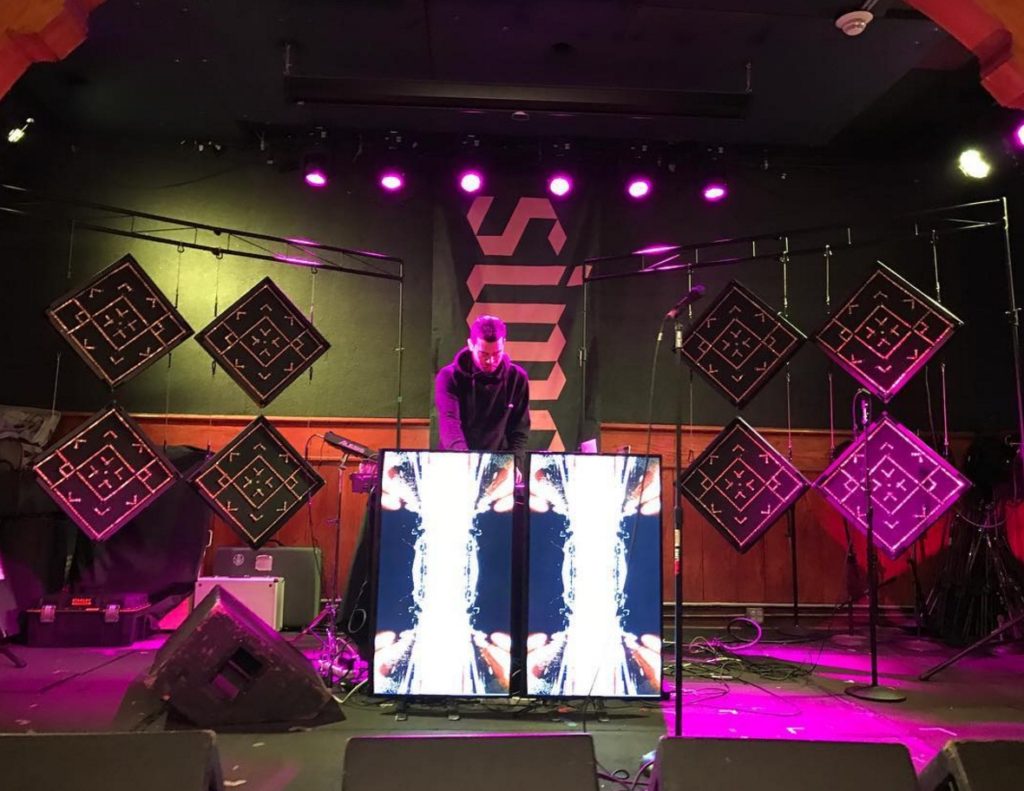 ShowYouSuck at a Cracker Barrel posted up with a whole pan of Rice Krispies Treats. 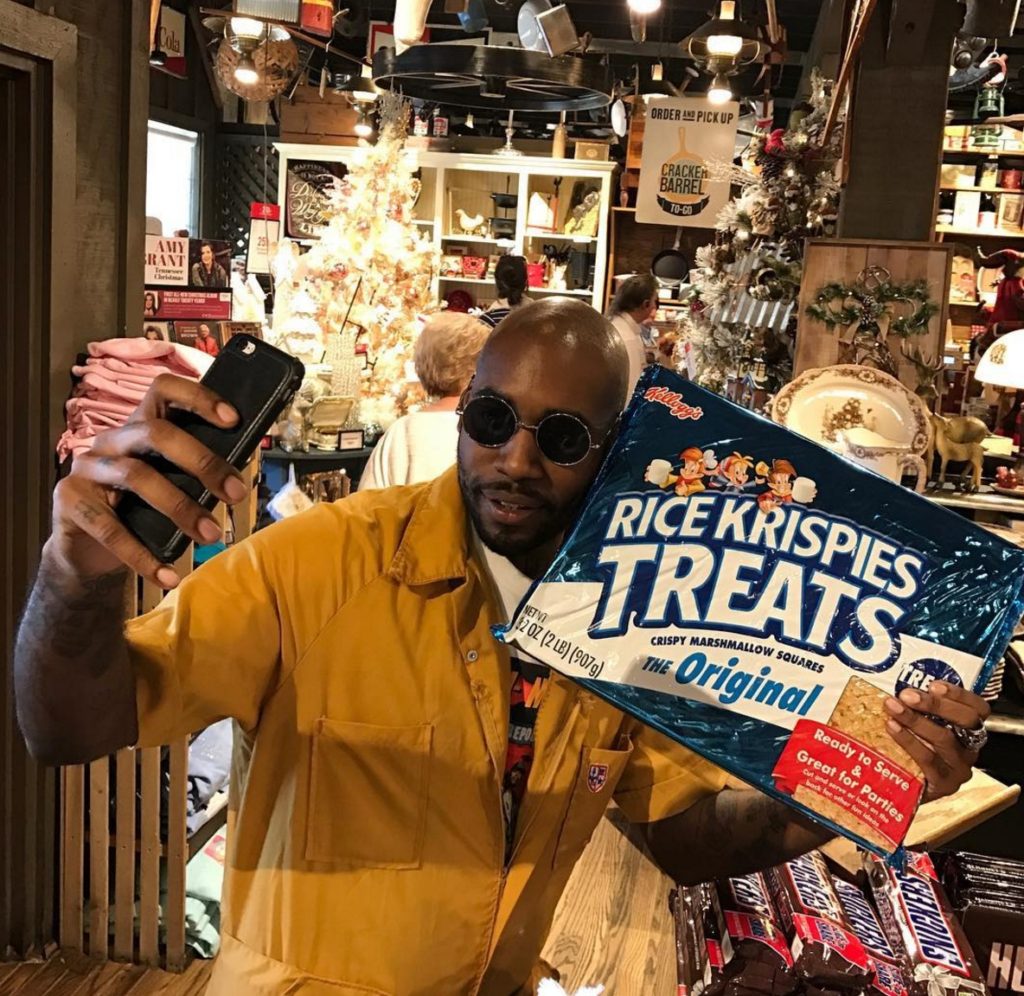 The dudes rolled into Chicago on the very same day that 5 MILLION people swarmed Grant Park to celebrate the 108 year World Series drought of the Chicago Cubbies. What a moment. Photographer Kelsey Connor got some great photos of the Chicago show at Schubas. Check them out below and click HERE for even more. 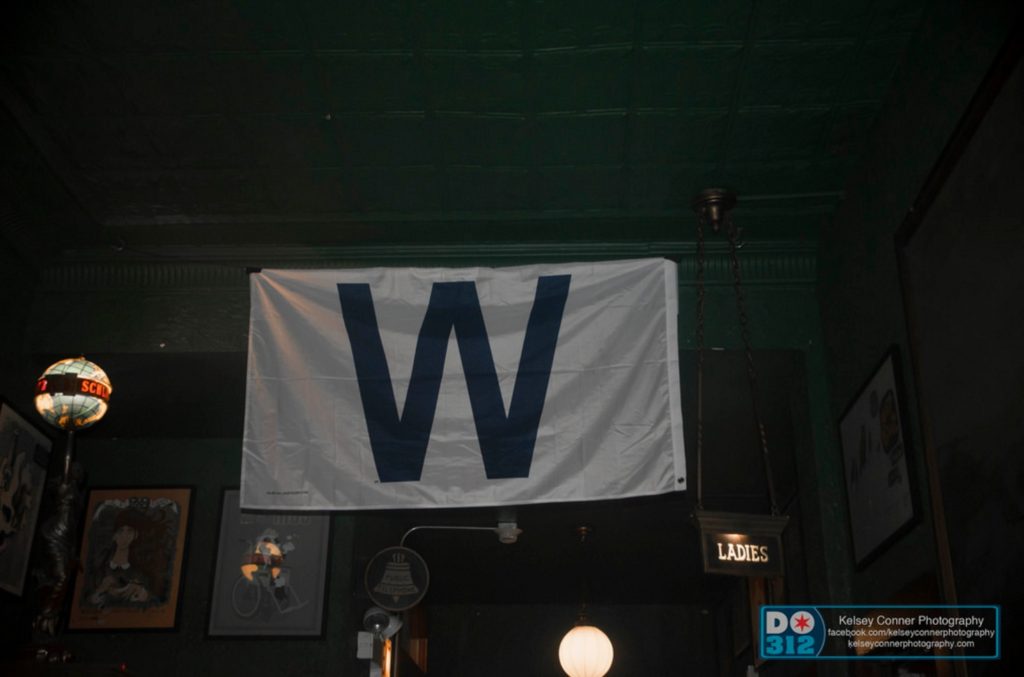 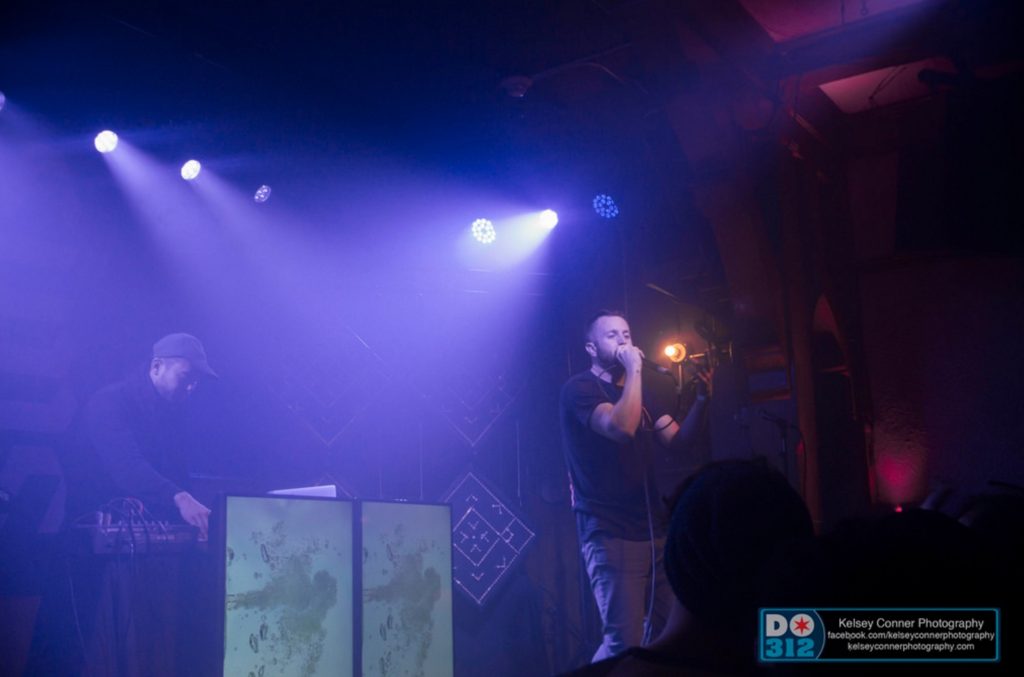 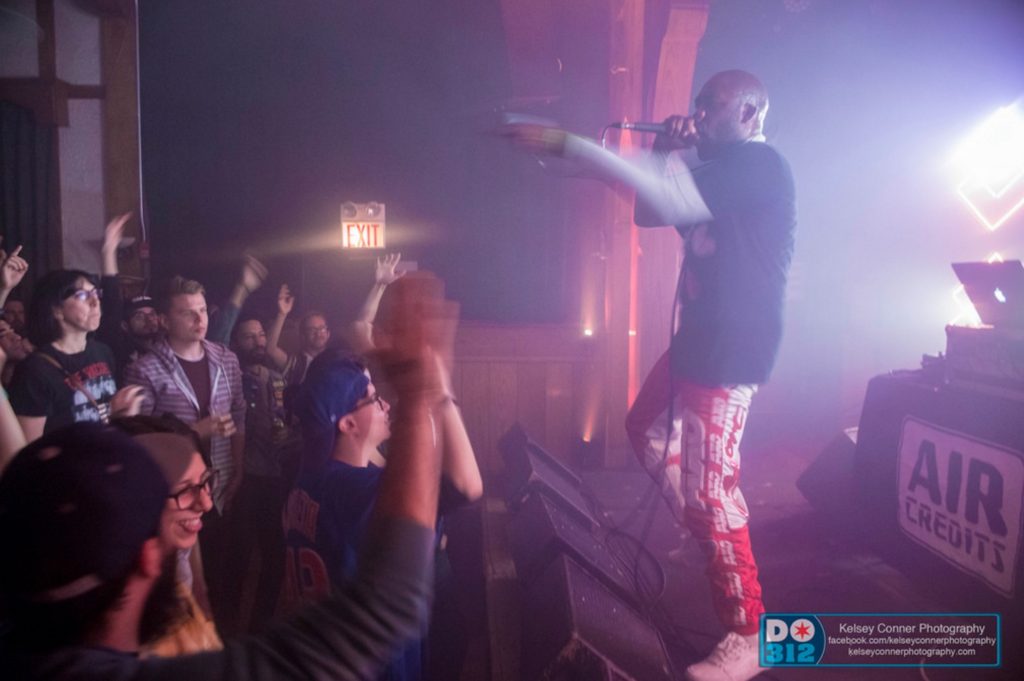 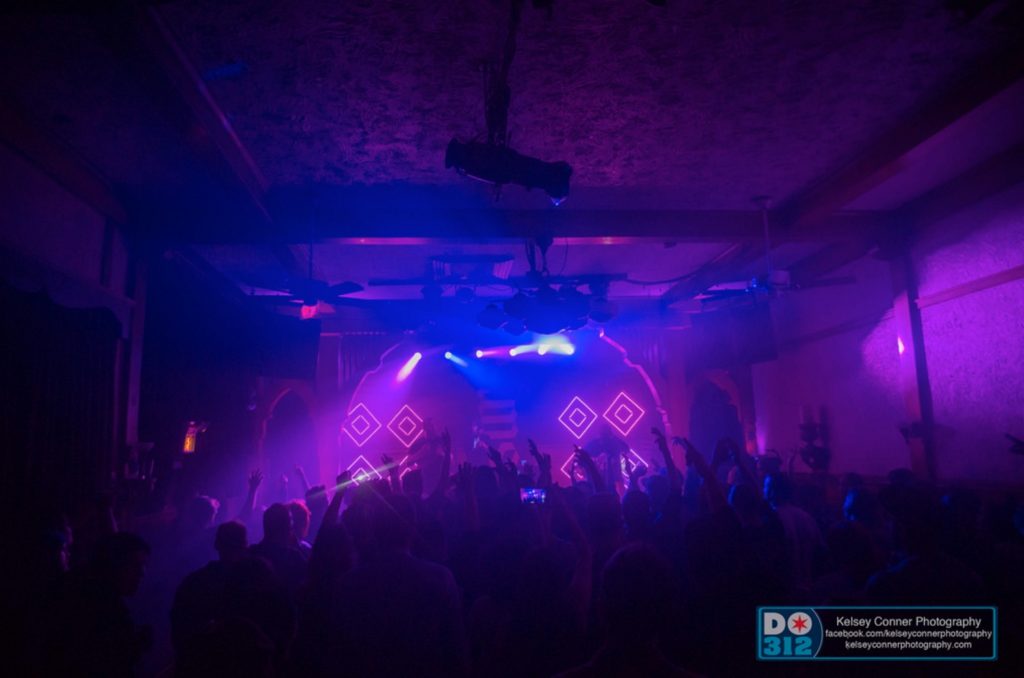 Tour mornings are hard. You basically ride in a van all day, set up the show, rock the show, sells some merch, tear down the show, sleep for a few hours, and then it’s back on the road again. Here’s Sims the morning after Chicago with a cup of coffee and the cat that may or may not have directed the “OneHundred” video. 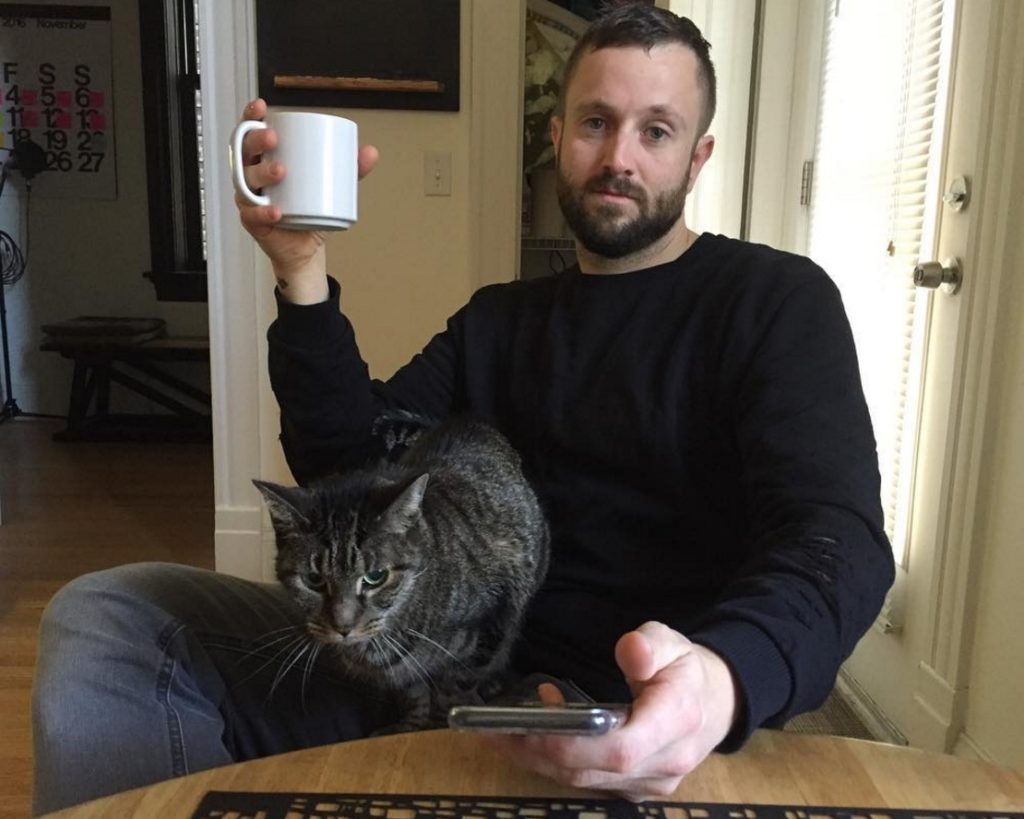 The guys now have their sights set on the East Coast. This week they’ll be hitting Boston (Wed), Philly (Fri), NYC (Sat), and DC (Sun). Here’s photographic evidence that they’re headed that way. 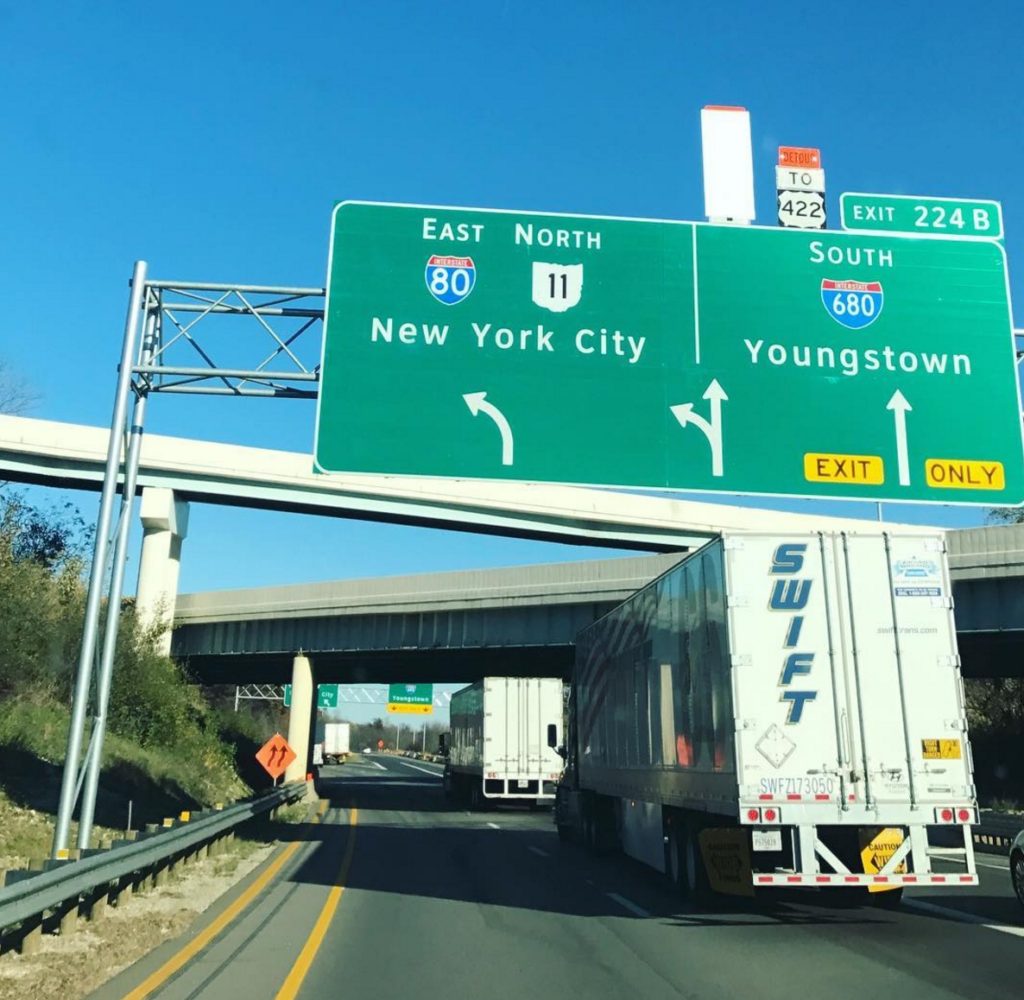 Make sure you hit up one of these shows if they come through a town near you. Not to be missed whatsoever. Check out all the dates below and grab show info and tickets for all the shows right HERE.

Last week saw some really big solo new for Dessa, P.O.S, and Paper Tiger. We’ll kick things off with Dessa. Lin-Manuel Miranda, the genius behind the insanely popular Hamilton musical, announced his long-awaited Hamilton Mixtape tracklist and Dessa has a featured song on it! The official album drops next month and features pretty much ever famous rapper/singer/celebrity that you can imagine. Such an incredible look. Dessa and songwriter Andy Thompson crushed their take of “Congratulations” and I’m beyond pumped to have contributed some production work to it as well. I now have a credit on an album that features an Ashanti/Ja Rule collaboration. ANYTHING IS POSSIBLE. Check out the full tracklist below. 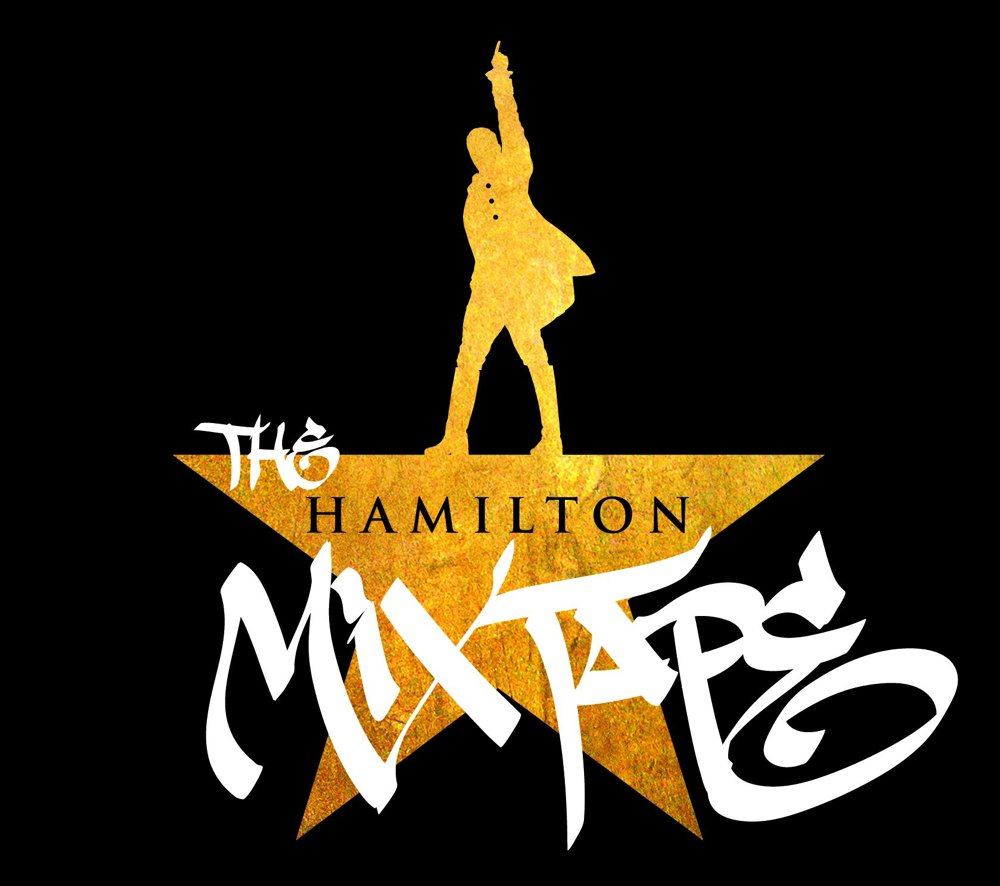 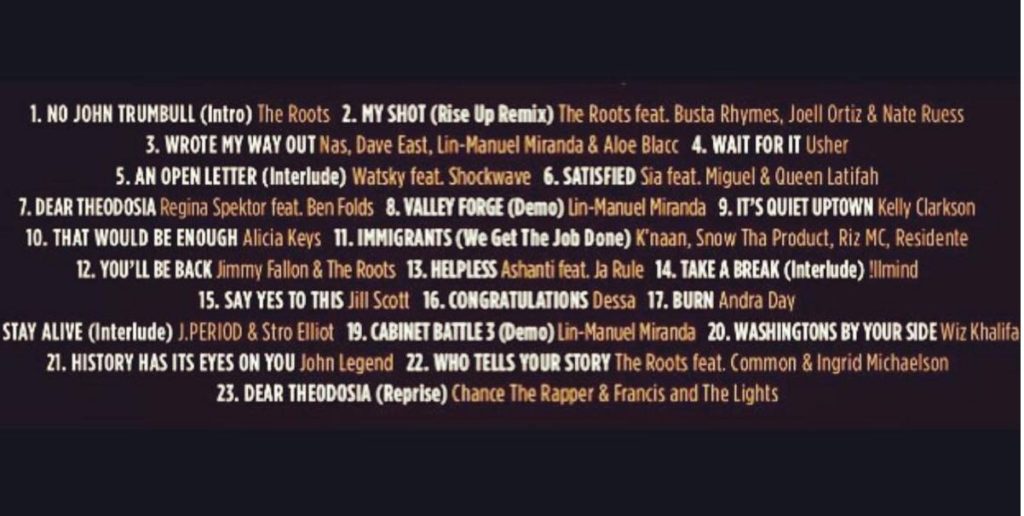 In other huge news, P.O.S popped up on a brand new Anti-Flag song last week alongside the legendary Tom Morello. Check out the full song and a special P.O.S remix below and keep an eye out for the music video coming very soon. BIG TIME.

Speaking of P.O.S (SeGuE sEgUe!), don’t forget about his upcoming 2017 headlining tour coming to a town near you throughout January, February, and March. Check out all the dates below and grab your early tickets right HERE.

Our very own Paper Tiger recently sat down with awesome local band FRAEA and the good people over at The Current to discuss the mysterious art of the remix. Papes is an absolute mastermind at remixes in my humble opinion, so this is a must read. Check out the whole interview right HERE and then listen to a few of my favorite recent Paper Tiger remixes below.

BAM! So good. All those sweet tracks make me want to jump right into another round of TWL Bonus Jams. I know it’s only the start of November, but there have already been TWO great new Christmas albums released. I’m limiting myself to both of these so as not to burn out prematurely, but I highly recommend both Kacey Musgraves’ A Very Kacey Christmas and R. Kelly’s 12 Nights of Christmas if this genre is your kind of thing at all. I’ll spare you my legendary Spotify Christmix playlist until after Thanksgiving, promise.

I have to admit that I haven’t been the hugest fan of Chance the Rapper’s albums as a whole, but shouts to the homie ICETEP for making me go revisit this “All Night” cut from Coloring Book. It’s got that house vibe that I’ve been loving so much lately. Kaytranada on the beat!

Speaking of house, one of my favorite producer’s ever, Todd Terje, just dropped a crazy 10-minute remix for Finnish fiddler Ola Kvernberg and it is THEEE BEST. I don’t have any clue how to describe this one and do it justice, so just listen. Totally worth it.

Now for some good old rock n’ roll. Canadian duo Japandroids just announced a brand new album and their lead single is an absolute monster. I have to admit I’ve slept on these guys a bit over the years, but they’ve got my full attention now. They’re gonna be hitting the road with Craig Finn next year and those shows are going to be a riot. Check out “Near to the Wild Heart of Life” below and get all fired up.

Japandroids – “Near To The Wild Heart Of Life”

Alright, I’ll admit that I’m all over the place this week. My kids have gotten super into teen pop music as of late (mostly due to my affinity for recent Ariana Grande and Justin Bieber albums), and we’ve got a couple of new jams that we’ve been dancing all over the house to. Never thought I’d see Fifth Harmony or Demi Lovato grace a Tuesdays With Lazerbeak blog, but whatareyougonnadoaboutit?! These songs rule.

Demi Lovato – “Cool For The Summer”

Now for a handful of Local Bonus Jams. First up is K. Raydio with a brand new song called “Proof.” I was a huge fan of her last album with producer O-D and this new single has me amped for her next project. Check out “Proof” below.

Continuing on with ZULUZULUU’s AstralBeat Theories EP series, it’s Greg Grease up to bat with Volume 3. These dudes have been absolutely crushing their weekly Icehouse residency. Make sure to check them out sometime this month before it ends. Couldn’t be more excited about all the new music coming out of this camp. Really groundbreaking stuff.

Psymun has been dropping some great instrumentals over the past couple months (as well as stacking major production credits with the likes of The Weeknd). Check out “Weakling” and “Exacter x2” below. Hoping we get a full solo album from him at some point here.

Up and coming Twin Cities rapper J. PLAZA just released the vizualz for his new anthem and this dude is spitting BARS. Check out the whole thing below. V excited to hear more.

And lastly, here’s a new EP from Rotation members Devon Reason and Travis Gorman, fresh off the heals of Dwynell Roland’s excellent tape last month. Travis completely destroys the beats on this one. Check out the whole Reazoliini project below.

That does it for Bonus Jams this week. I’ll leave you with a handful of Bonus Baby Pics before calling it a day. Speaking of Fifth Harmony, my children decided to start a Fifth Harmony cover band over the weekend. Here they are at the park practicing their choreography to “Work From Home.” I think you can tell who is taking the lead on this one. 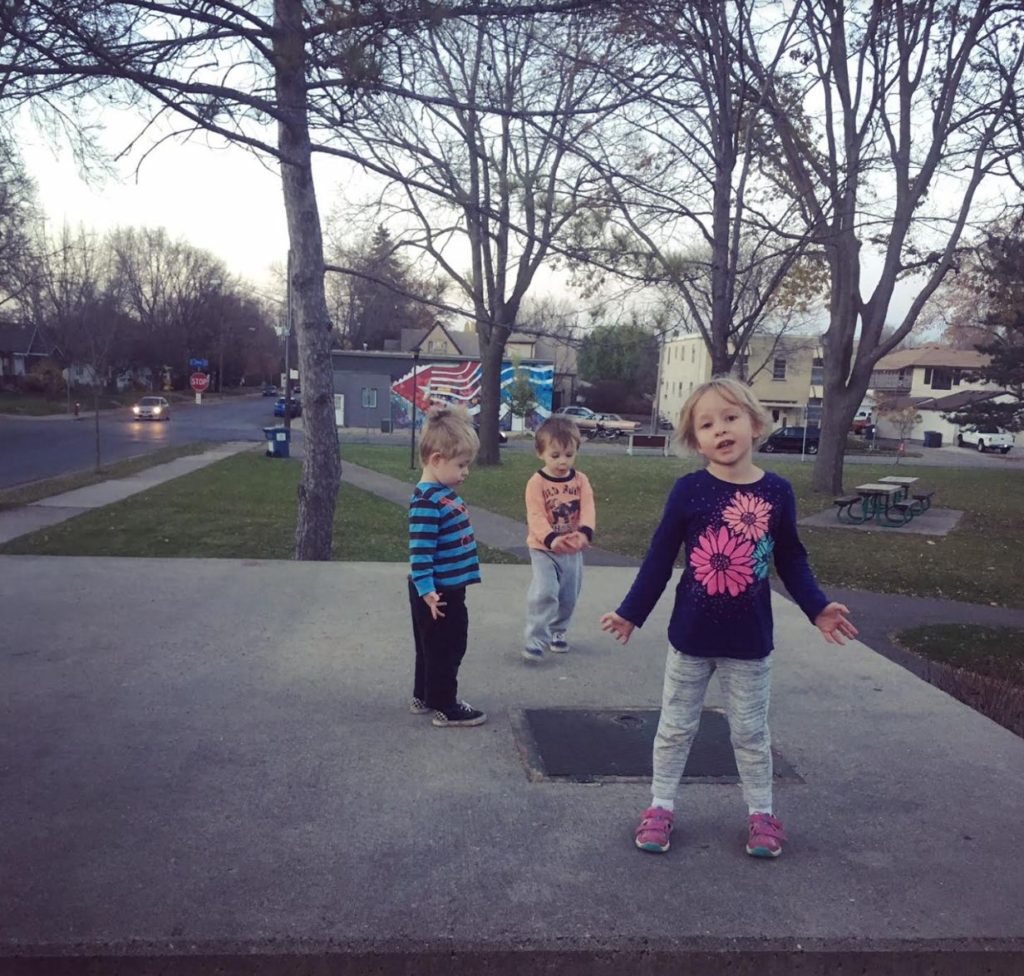 Crab Man Cam’s fascination with trucks knows no bounds. He has now transitioned into demanding that he sleep with a very specific group of 14 trucks each night before going to bed. Whatever it takes, my man. 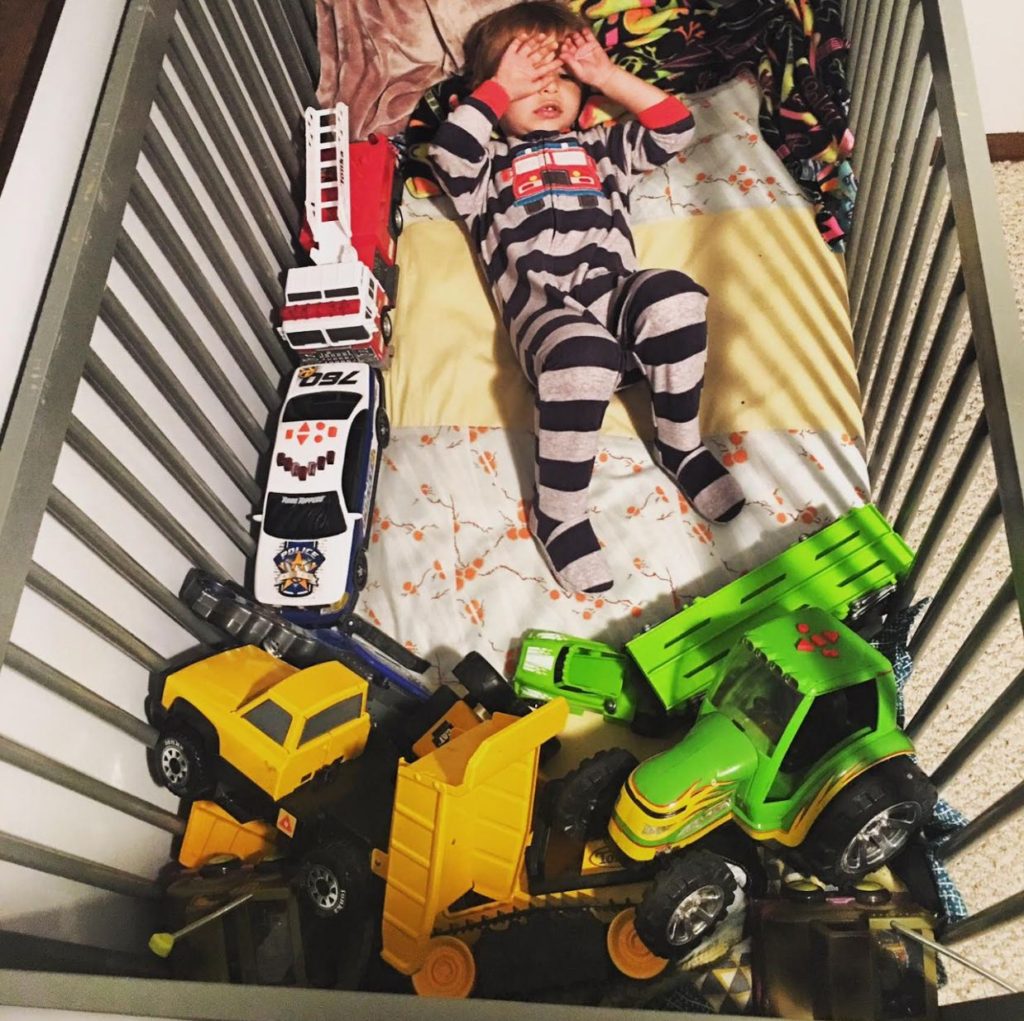 It’s definitely leaf-raking season here in Minnesota. Here’s some obligatory shots of the kids horsing around in big leaf piles. 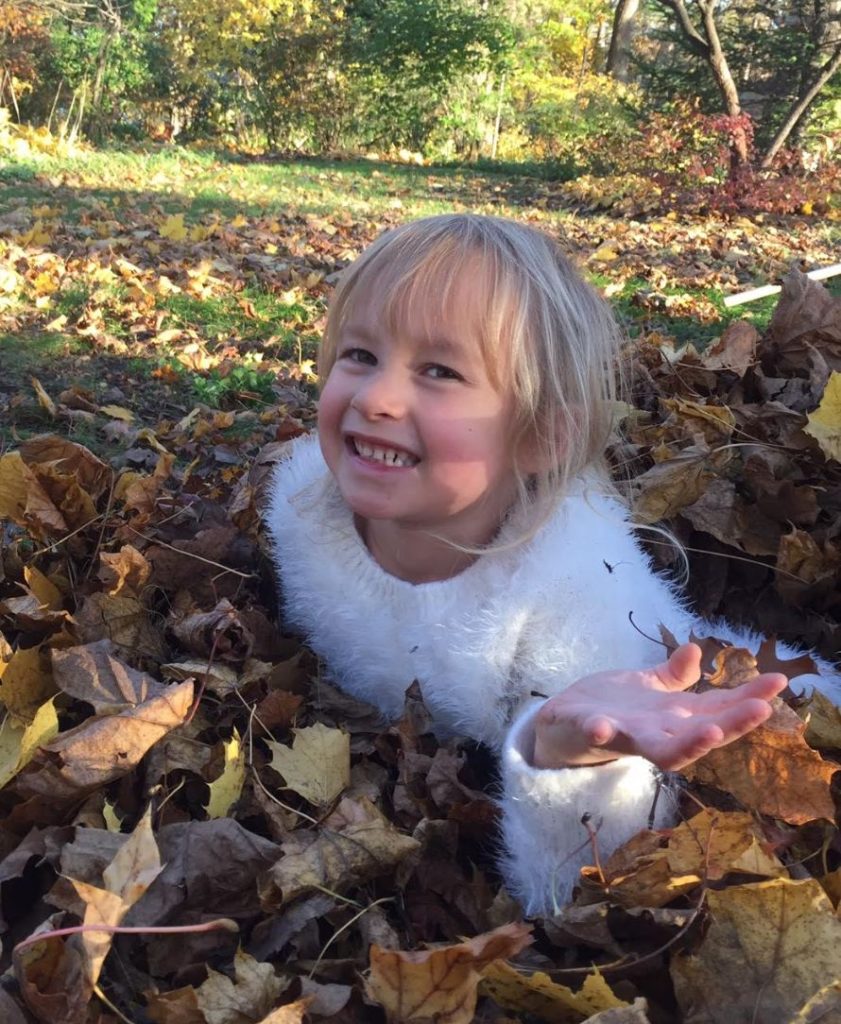 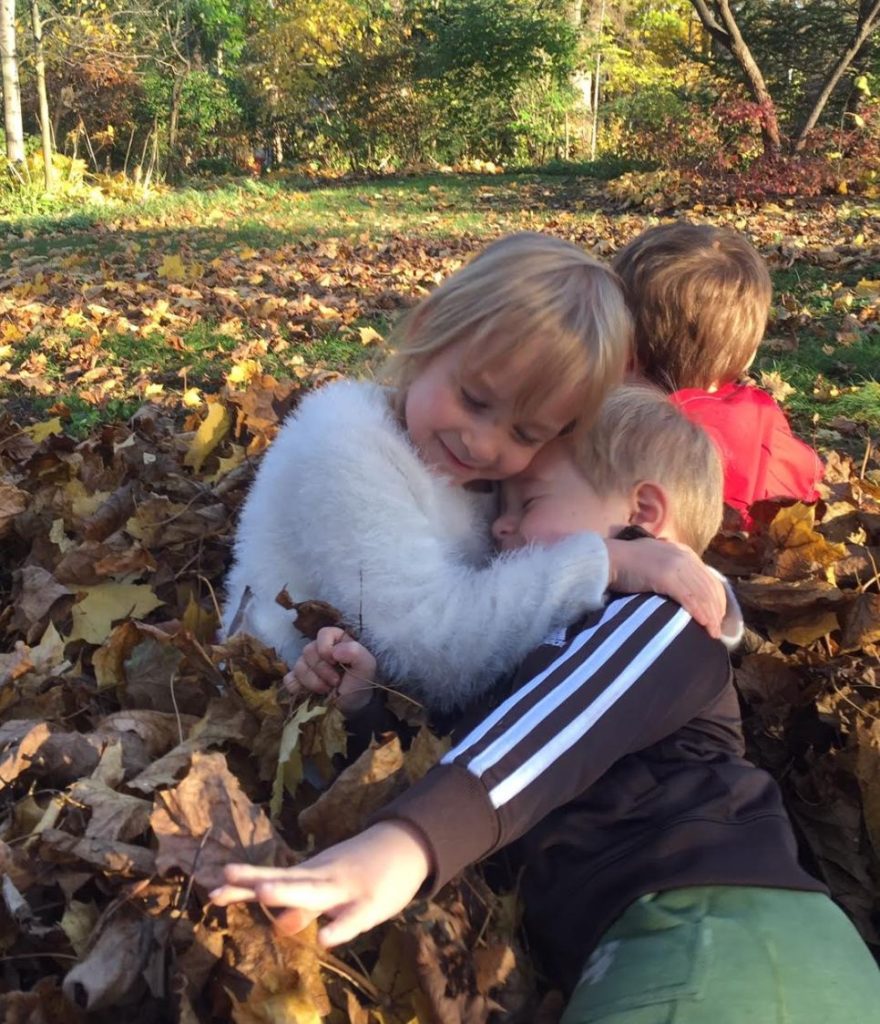 And here’s Penny with her latest obsessions: A Hello Kitty napsack, a knockoff dollar store Chinese umbrella, and a stuffed animal cat named Birdie that she carries around everywhere on a leash. Seems totally reasonable. 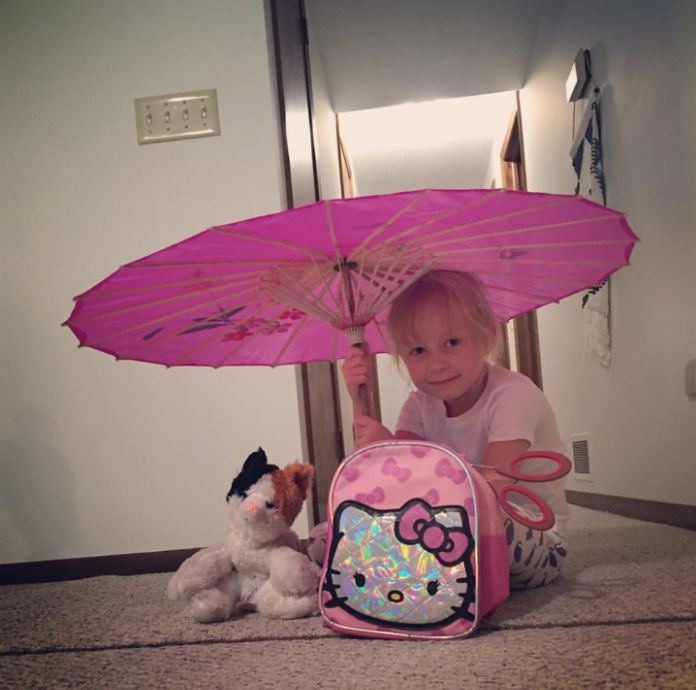 OK! That concludes this week’s post. I hope you all go out and vote today and then enjoy a much deserved break from this political cycle the rest of the week. I’ll be back next Tuesday with more news and another tour update from Sims. See you then!