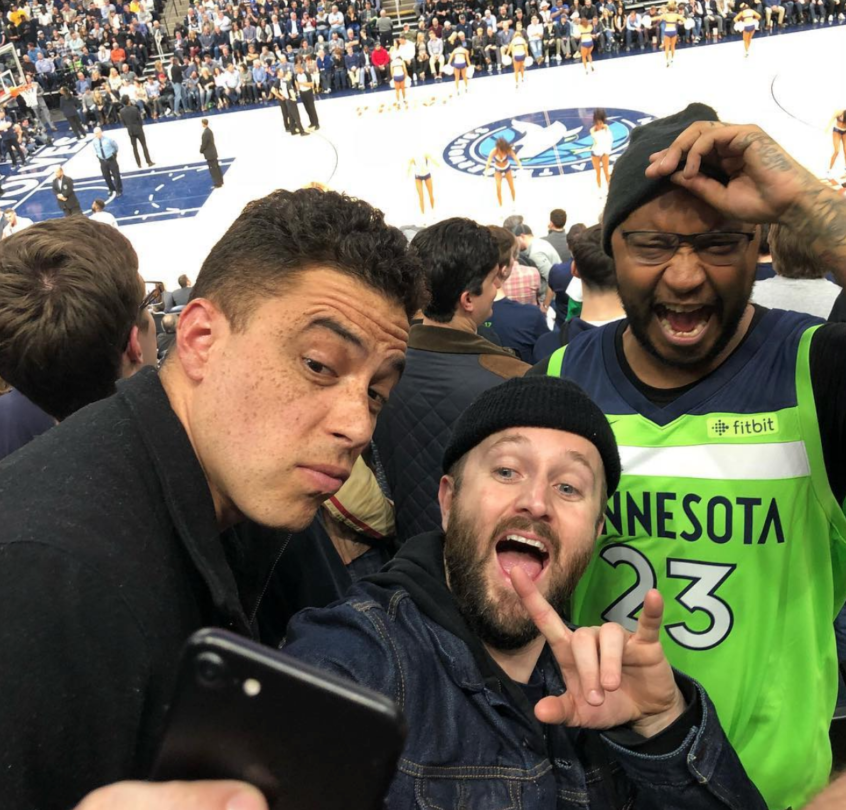 Welcome back to a mammoth edition of Tuesdays With Lazerbeak. After an excruciating 14 year drought, the Minnesota Timberwolves have clawed their way back to the NBA Playoffs and I could not be more overjoyed! We teamed up with the Wolves to celebrate this momentous occasion and dropped this new heat/rock rally cry last weekend called “Welcome To The Woods.” The song was created by an all-star cast of Minnesota legends: DJ Skee, Cardo, Prof, Dem Atlas, Allan Kingdom, and Doomtree’s own Sims. 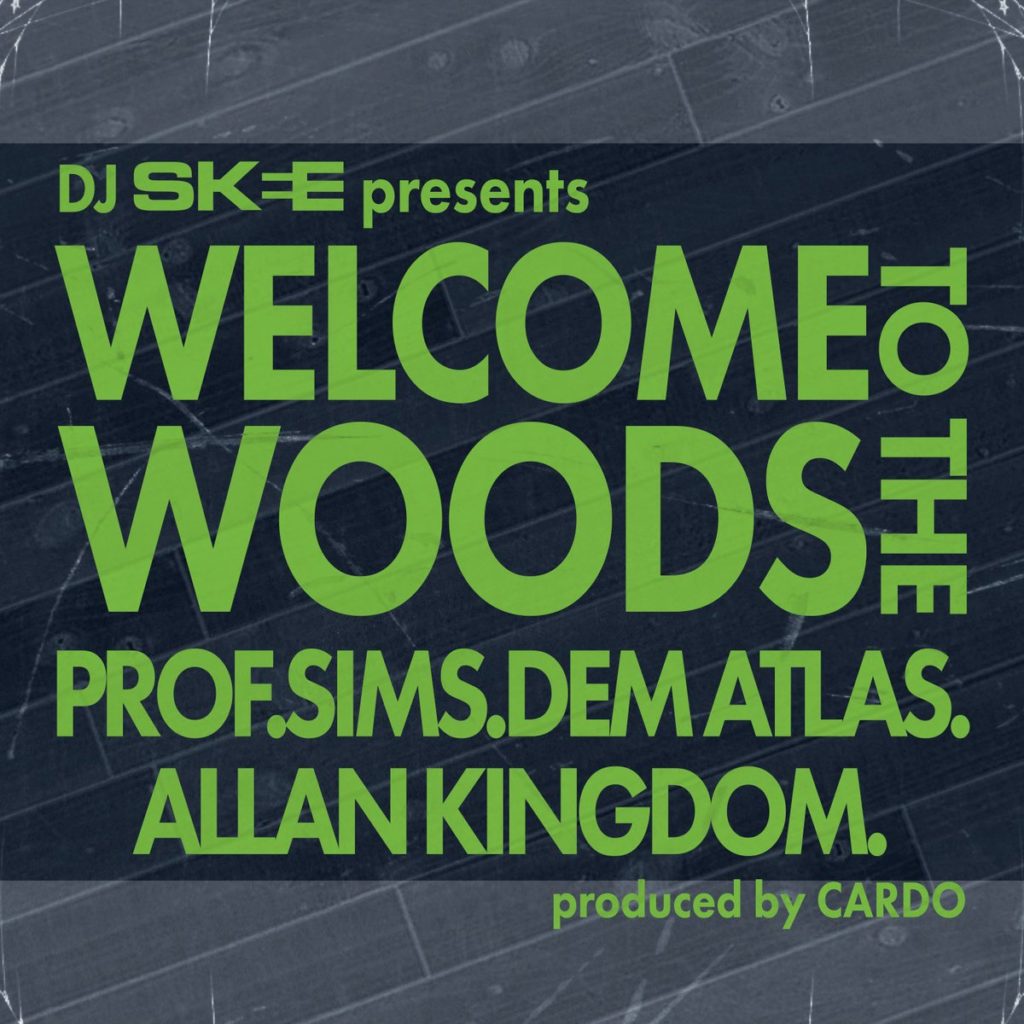 Check out the slamming track below and get out-of-your-mind pumped for Game 2 on Wednesday. We had a shot to beat the Rockets on Sunday and after some offensive adjustments I feel real good about our chances with this next one. GO WOLVES!

Now let’s quickly backtrack to how we got to the playoffs in the first place. Last week we played the first “winner gets in, loser goes home” final regular season game in decades against the Denver Nuggets (who I’m still salty at over beating my Supersonics in Round 1 of the 1994 playoffs). The game just so happened to coincide with P.O.S performing at the Wolves halftime show, so the stakes were about as high as they’ve ever been. Here’s Crescent Moon, Sims, and Stef freaking out and rooting on the home team.

And here’s Stef getting ready for the big halftime performance before the game with the Wolves’ dance team. 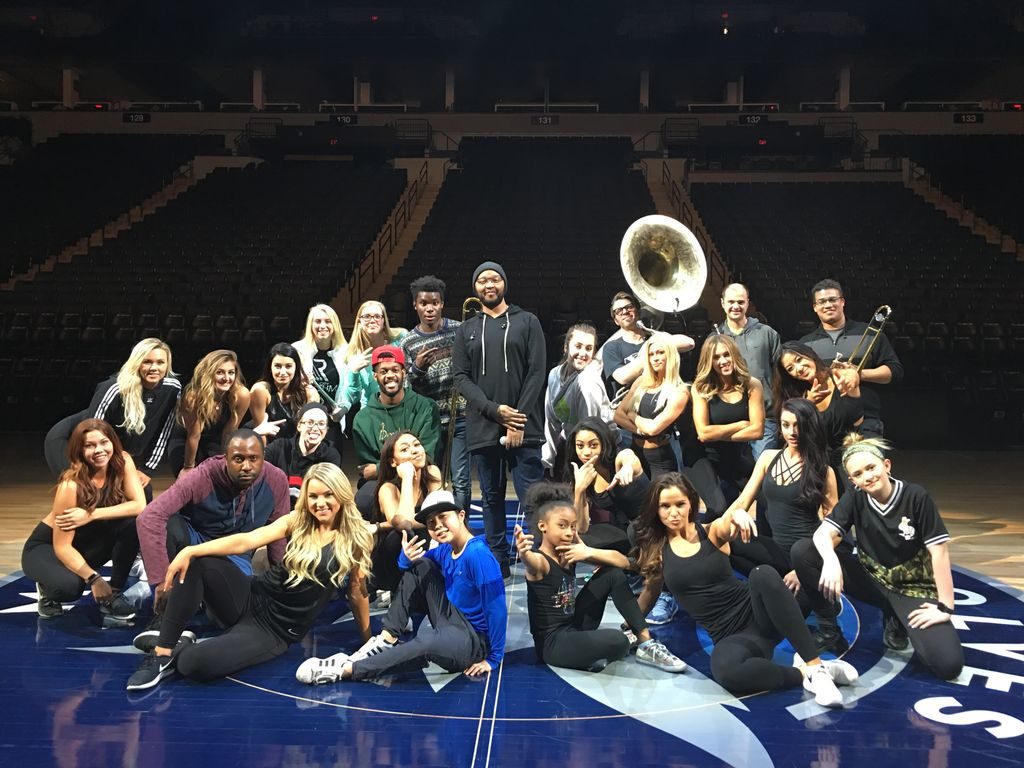 This game was an absolute insane nail-biter for every single possession, but eventually ended up in overtime with the Wolves on top!!!! Unbelievable. Here’s the mayhem that ensued in the final seconds of the big win.

And here is a truly incredible recap video from Astronautalis who was sitting directly behind us. So happy that this joy and jubilation was documented and can live on throughout the ages. I will never forget this night.

I was there. Yes, it WAS that fun. #GoWolves

God I’m gonna tell my grandkids about that one. So yeah, please bump the living hell out of this new Wolves anthem and cheer on these incredibly underdog Timberwolves as they play their hearts out against the #1 team in the entire NBA. GO WOLVES!!!

In other P.O.S news, it was recently announced that he’ll be performing at The Current’s annual Rock The Garden festival in Minneapolis alongside Father John Misty, Kamasi Washington, and Feist! Check out the full lineup below and grab your tickets right HERE right now. This event always sells out, and this year is guaranteed to be no different. 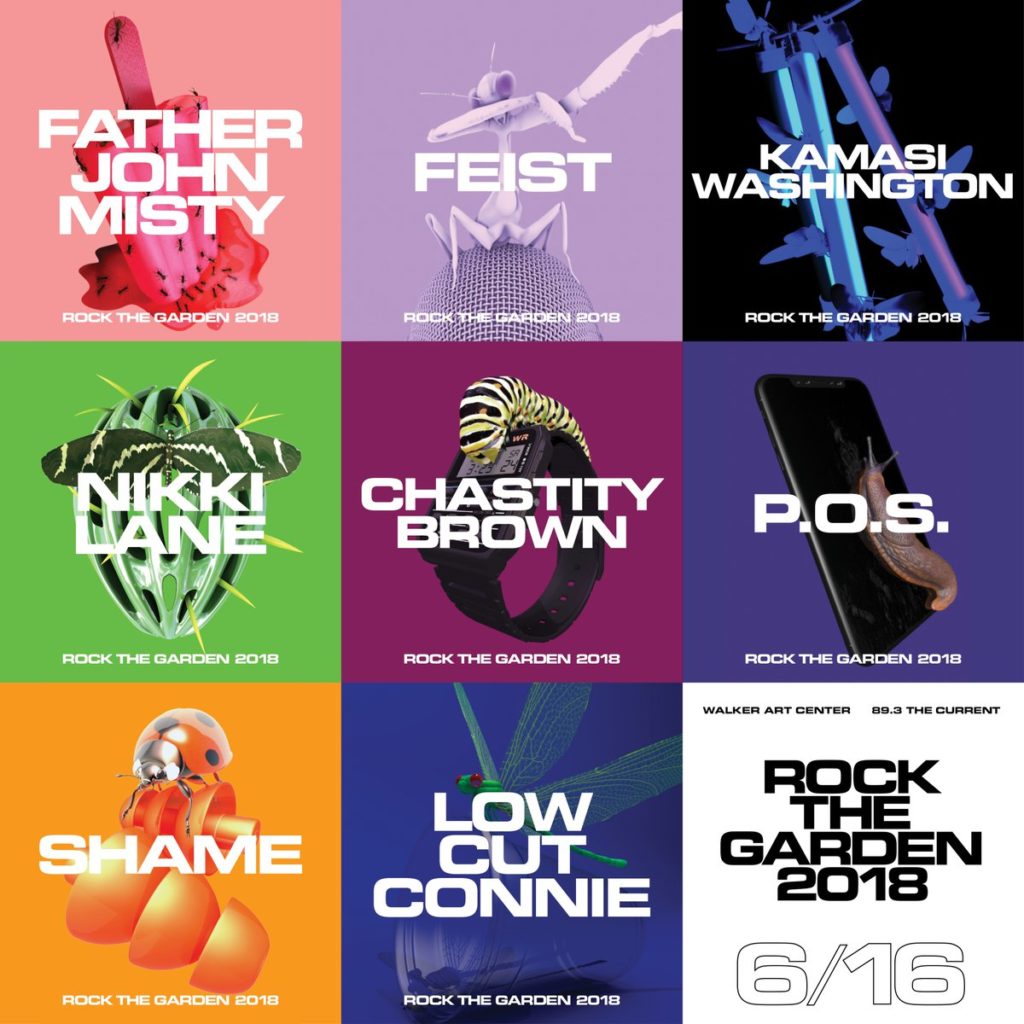 For those of you outside of the Twin Cities, you can catch P.O.S on a short Midwest run next month. Check out all the dates below and grab your tickets right HERE. 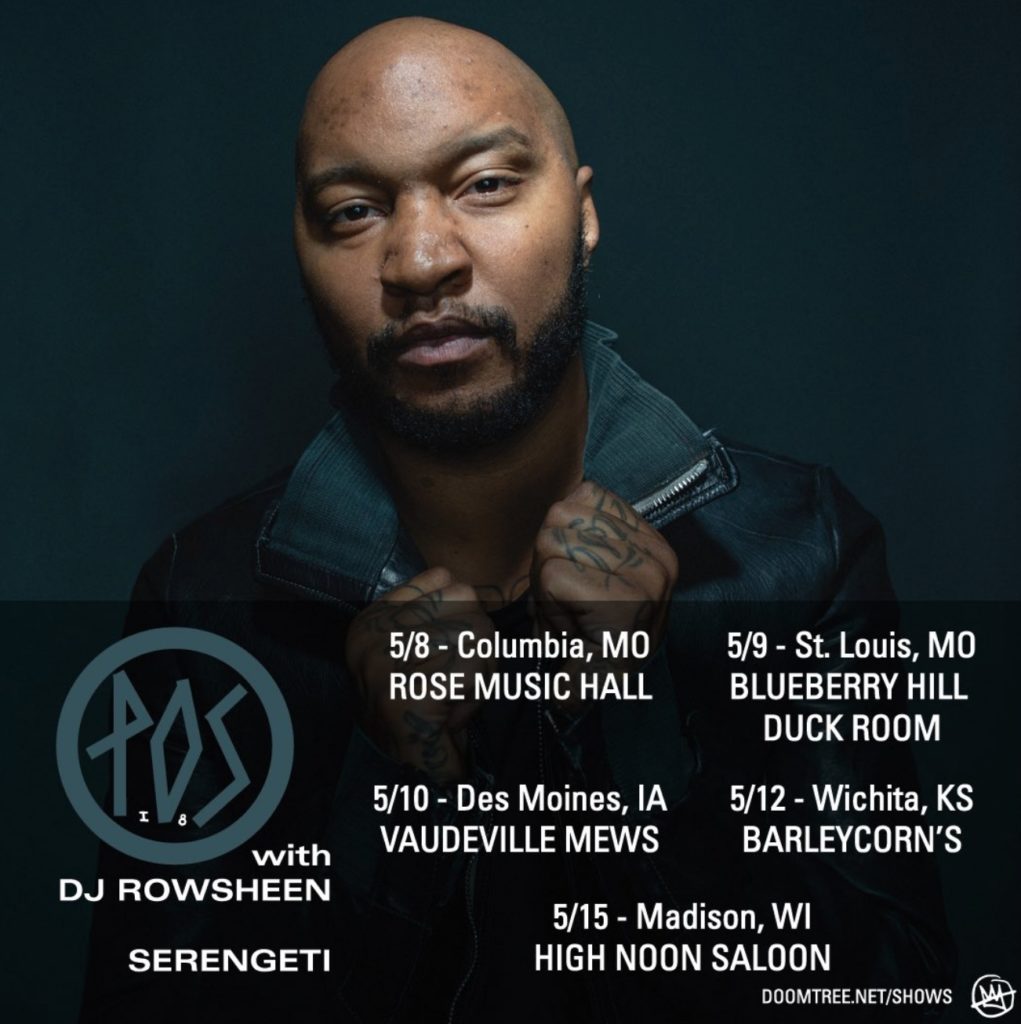 This Saturday, April 21st is Record Store Day across the world and we’ve got a very special limited-edition Dessa 7″ available to join in on the celebration. “Quinine” will be available on vinyl for the first time, with an exclusive new Dessa reading on the B-side and a very stripped down demo version of “Boy Crazy.” Not to mention it’s blue and limited to only 1,000 copies ever. Contact your local independent record store to see if they’ll be carrying this on Saturday and make sure to get out there and support all record stores in general. P.S.: We should have a handful of these available on the Webstore next week. 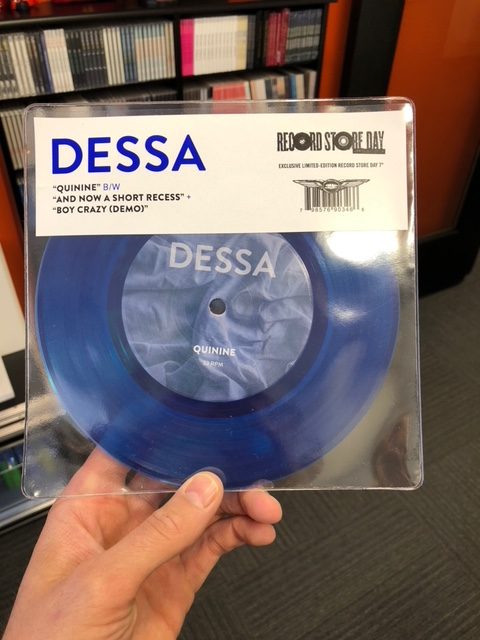 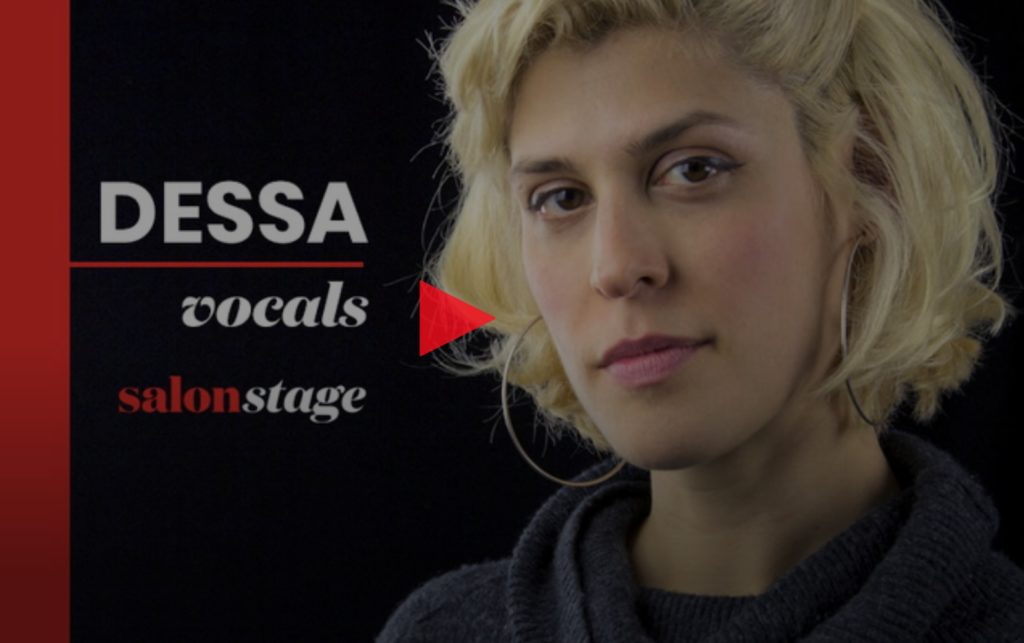 Dessa is getting close to wrapping up this first European leg of the Chime World Tour and will be closing things out this week with a pair of UK shows in London (4/19) and Manchester (4/20) before heading back to the states to kick off the West Coast leg in late April. Check out all the dates below and grab those tickets right HERE before they’re gone. 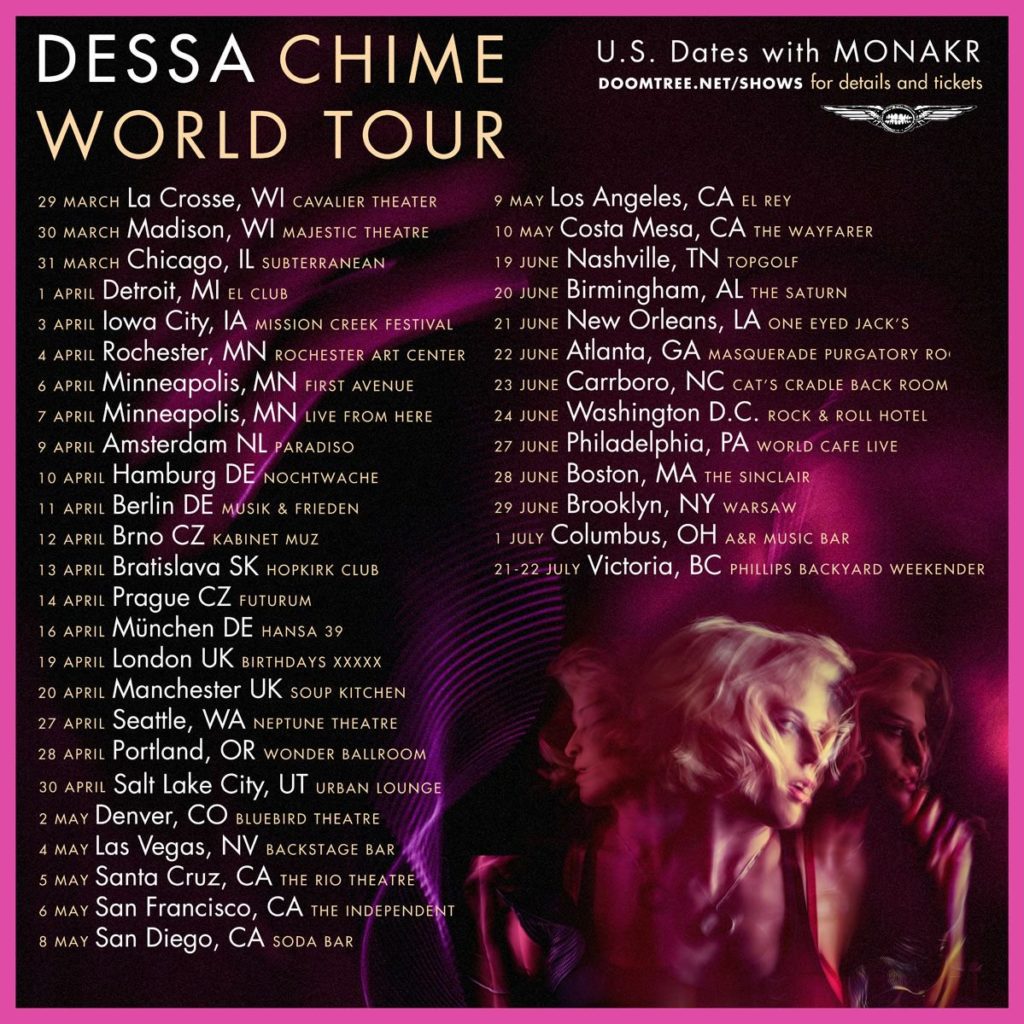 Here’s a few bonus tour pics of Dessa in Bratislava after two glasses of absinthe and Aby Wolf getting whatever type of rest is possible on a backstage German pool floaty. 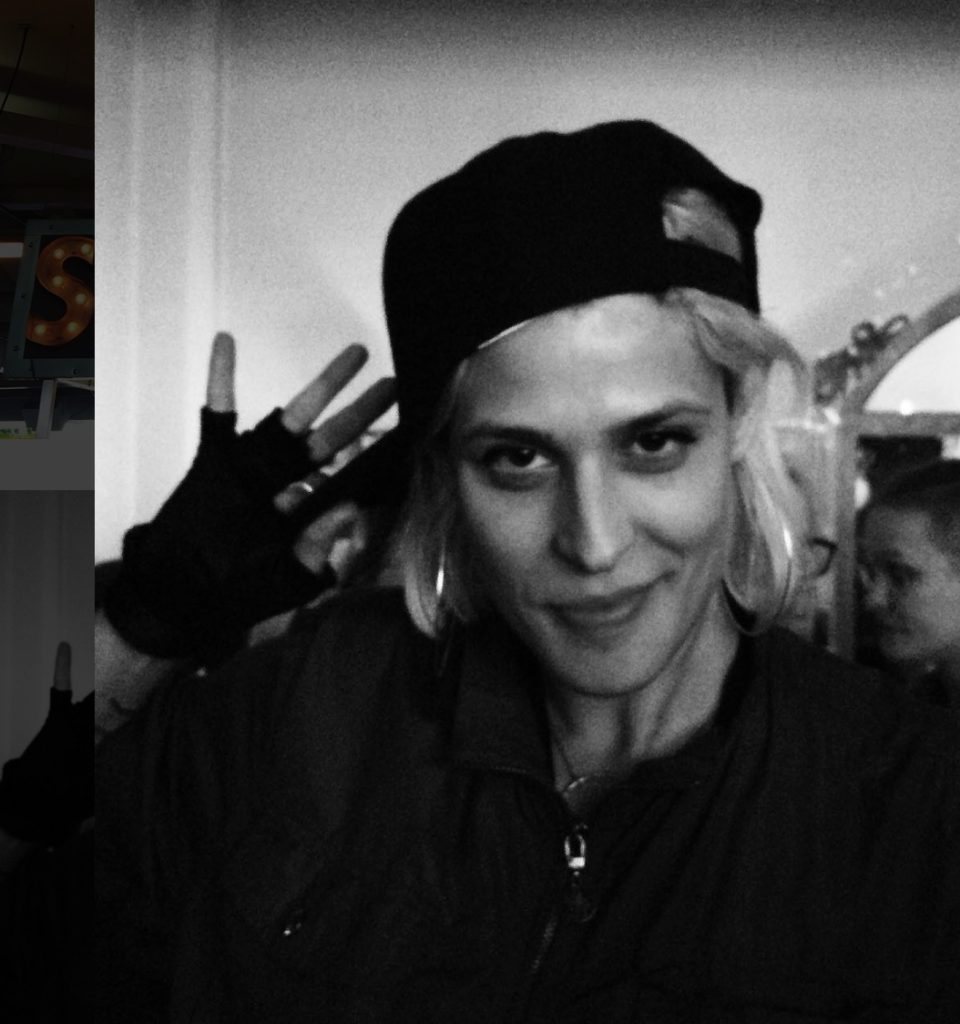 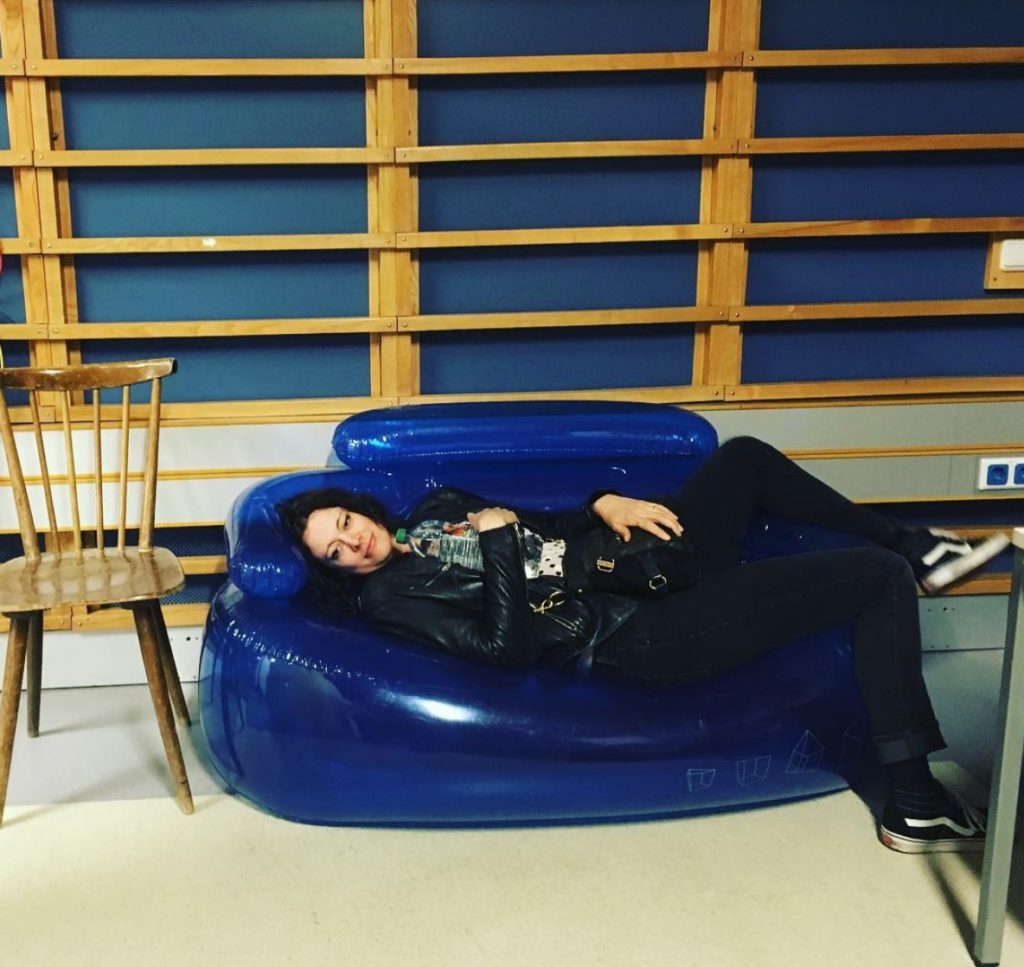 Speaking of super rad tours (SEGUE!!!), I’m extremely excited to pack my bags and head down to the great state of Texas this weekend for another mini Shredders run (and not just because there’s two feet of snow on the ground here in MN). We’ll be in Denton on Friday for the Thin Line Fest, San Antonio on Saturday at Paper Tiger, and Austin on Sunday at Barracuda. Please holler at all your peoples in the surrounding areas, and come out and party hard with us. Should be a total blast. Grab those tickets HERE. 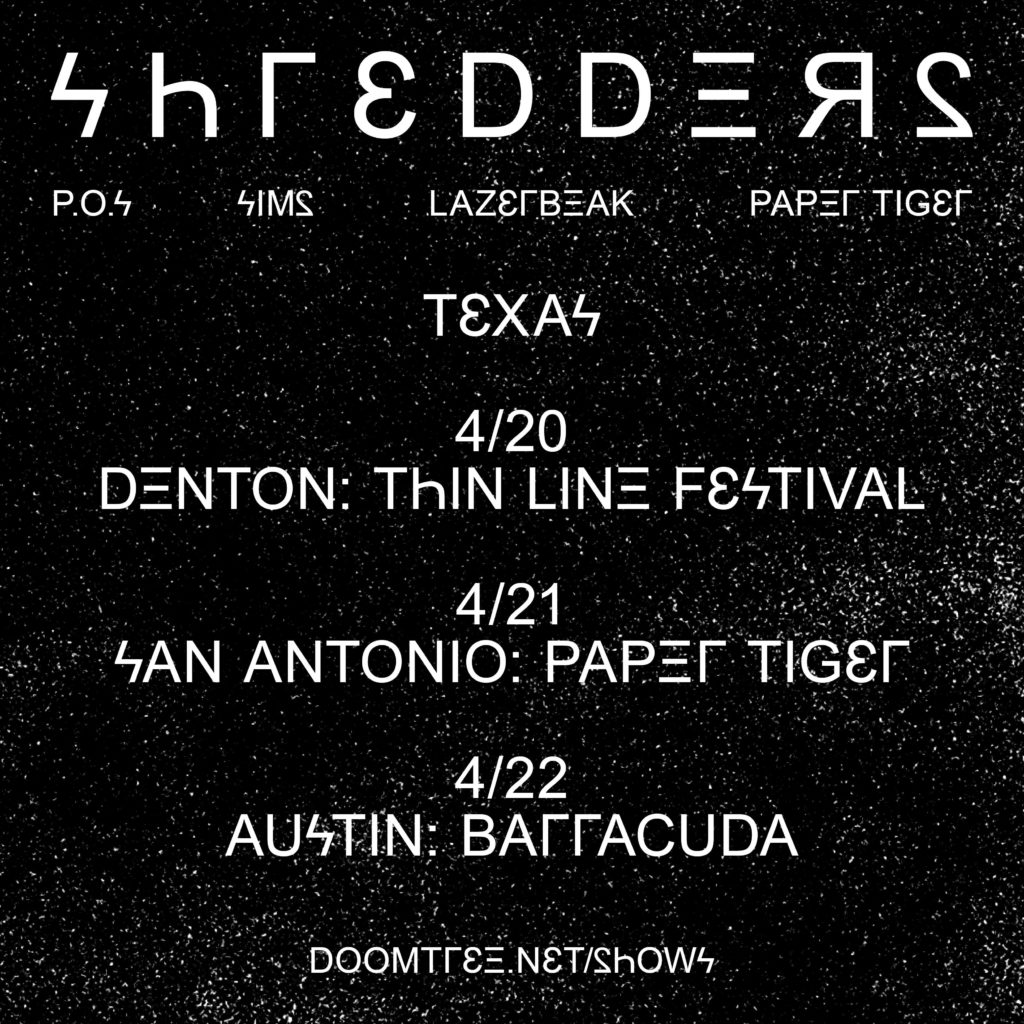 For those of you back home, Shredders will be rocking a big time Art-A-Whirl set at Bauhaus Brewery on May 19th alongside our best bud Har Mar Superstar. FREE.99. Doesn’t get any better than this. 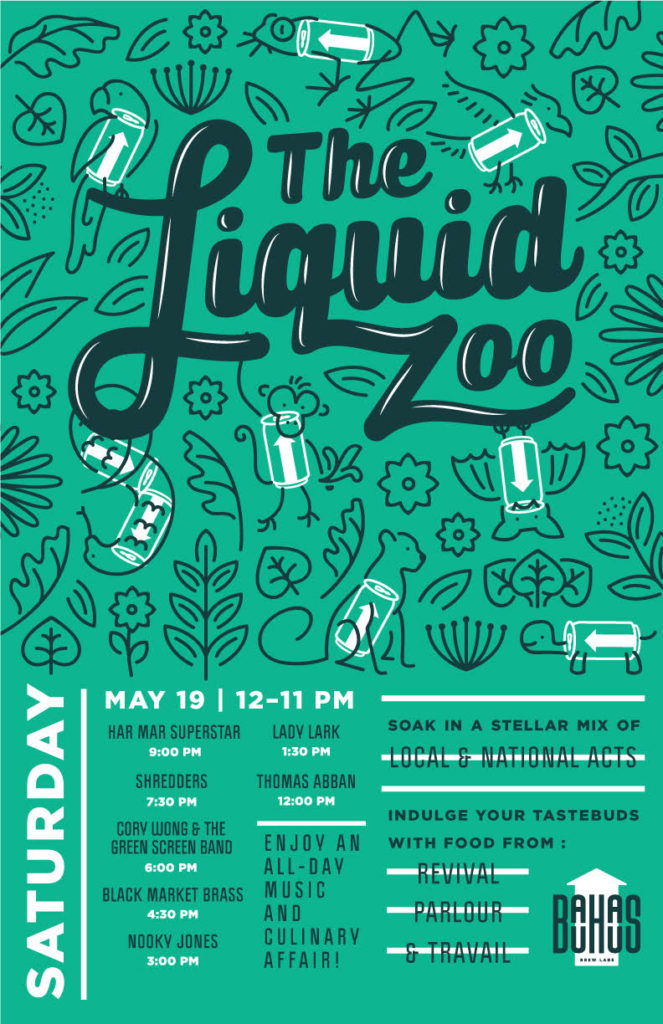 I also wanna give a quick shout to producer JELTS who not only valiantly competed in the Shredders Remix Contest, but took things one step further by remixing THE ENTIRE ALBUM. So awesome. Check out the full remix record below and give this dude a follow. Super rad.

While we’re on the subject, let’s jump right into some brand new Bonus Jams. I’ve been loving this new album from The Hinds, especially the lead-off track. Reminds me of the second Strokes album in a super awesome and non-derivative way. Highly recommended.

All about the new one from The Aces too. They’ve been teasing out excellent single after excellent single for months now, and the full-length is finally here. It does not disappoint. I feel like these guys are gonna be absolutely HUGE.

The Aces – “Waiting For You”

Shouts to my good friend Sonia Grover for putting me up on Jade Bird. This “Lottery” track is a hit and her late night performance of it recently is a must see as well.

The junior high indie rock kid in me could not be more amped for this new Stephen Malkmus & The Jicks record to drop. Second single “Shiggy” is a crusher. If this one is anything like their last album it’s guaranteed to be an instant classic. Wild to see guitar bands coming back tenfold after a bit of a drought in the indie scene over the last five years.

Very excited to check out this new album from Chrome Sparks, especially because it features a collaboration with my fav band Kllo. Check out “I Just Wanna” below.

Still haven’t gotten around to listening to the new Amber Mark EP, but this “Love Me Right” single is the best. Looking forward to diving into 3:33am shortly.

Now for a few Local Bonus Jams. Destiny Roberts is back with an absolute flame thrower in this song “The Jungle.” Really loving this one. Check out the video below.

Big shouts to Prof on the release of his new album Pookie Baby last week. Everything I’ve heard off of it so far is great and sounds like his best stuff yet. This “No” song featuring Cashinova is definitely an early highlight. I remember them playing this at Prof Outdoors last Fall and crushing it. Check out the video below.

And lastly, here’s a new one from Minnesota heroes Trampled By Turtles. These guys can do no wrong in my opinion and everything they’ve released off this upcoming album is fantastic. Check out “We All Get Lonely” below. Nice to see the fellas back in action.

Trampled By Turtles – “We All Get Lonely”

BAM! That does it for Bonus Jams this week. I’ll leave with you a brief Baby Bonus Pics recap from the last month or so. Pretty much all three of my kids are completely insane. Here’s Lou rocking the Sorcerer’s Apprentice hat that he hasn’t taken off since Disney World, while I get into the spirit with Penny’s unicorn mask. Shouts to the Roseville Green Mill for always putting up with these shenanigans and keeping the chicken wings coming. 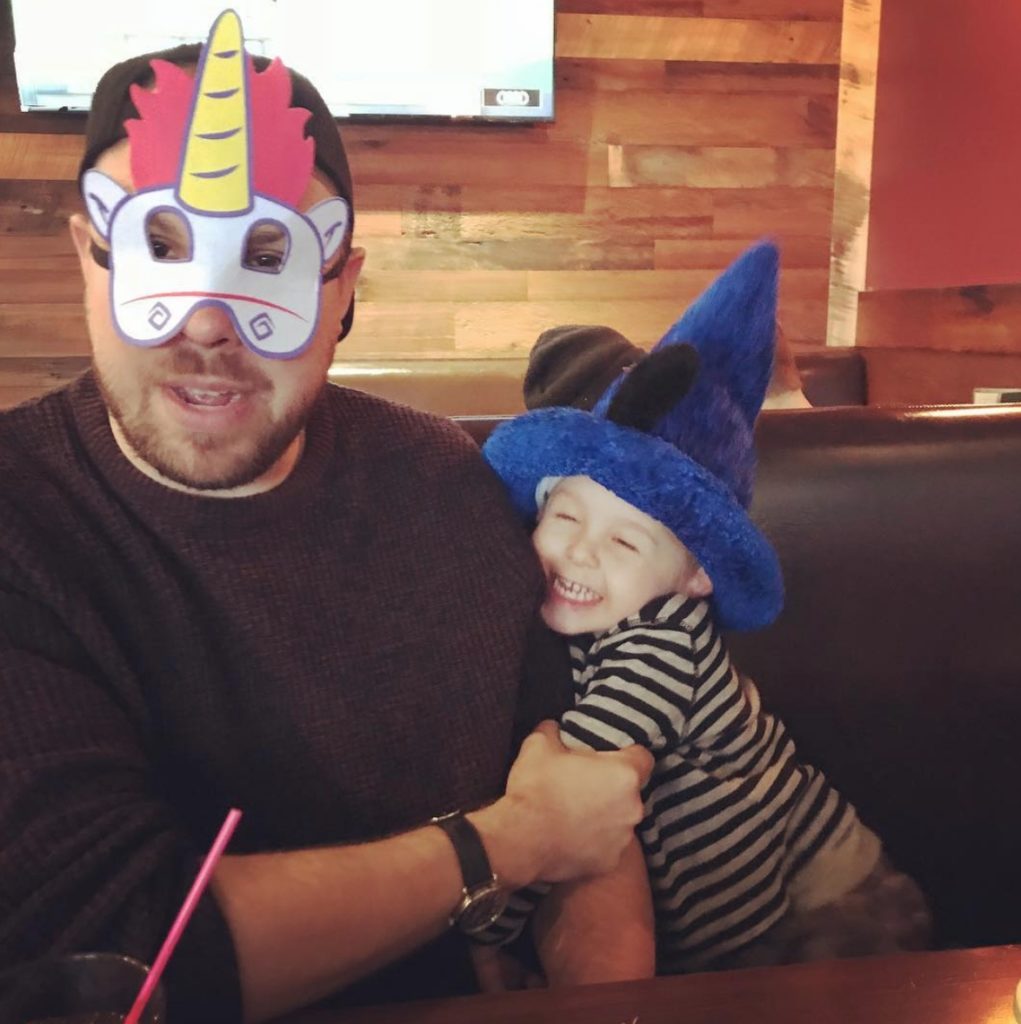 Here’s Cam and Lou at a community Easter egg hunt, posted up next to a very distrubing bunny and a woman in a motorized wheelchair who managed to photobomb almost every picture I took that day. Ruthless! 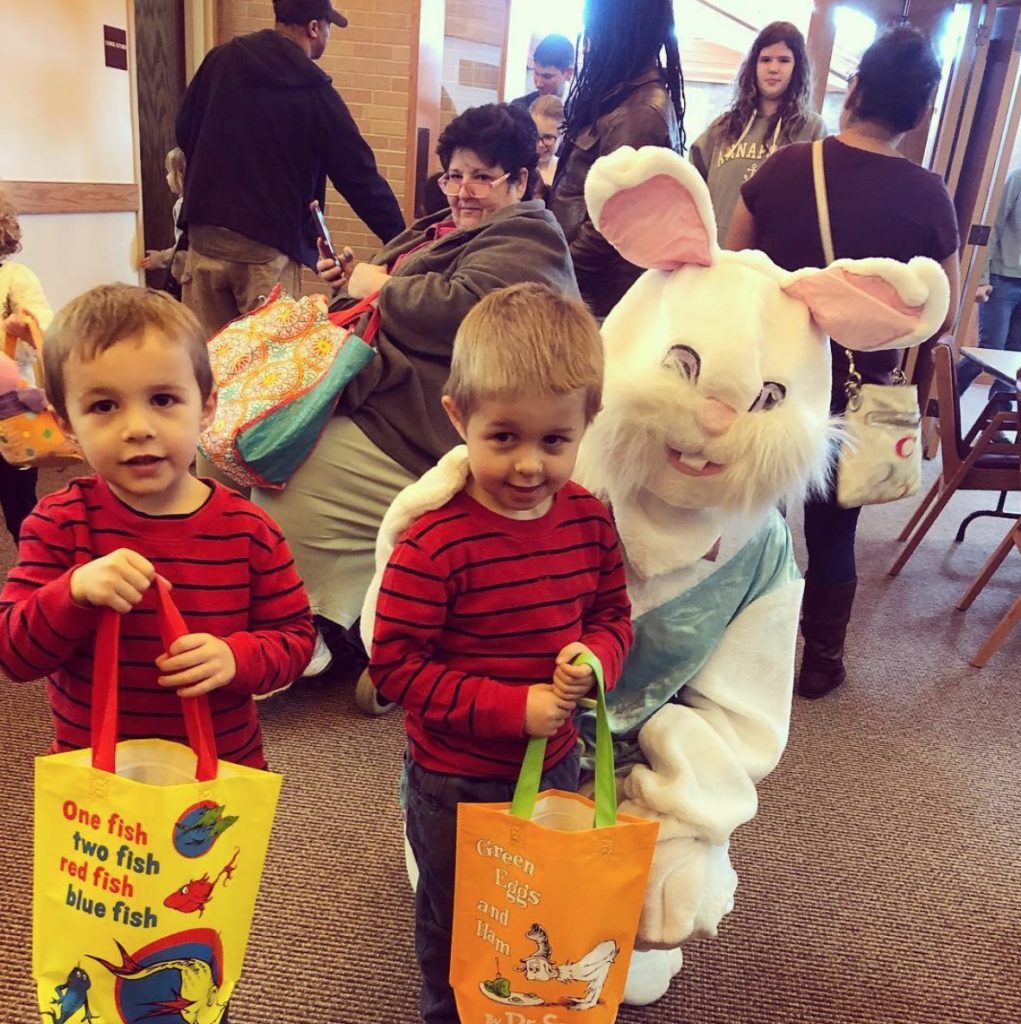 Me posted up with a LLAMA at the same community Easter gathering. So buck. 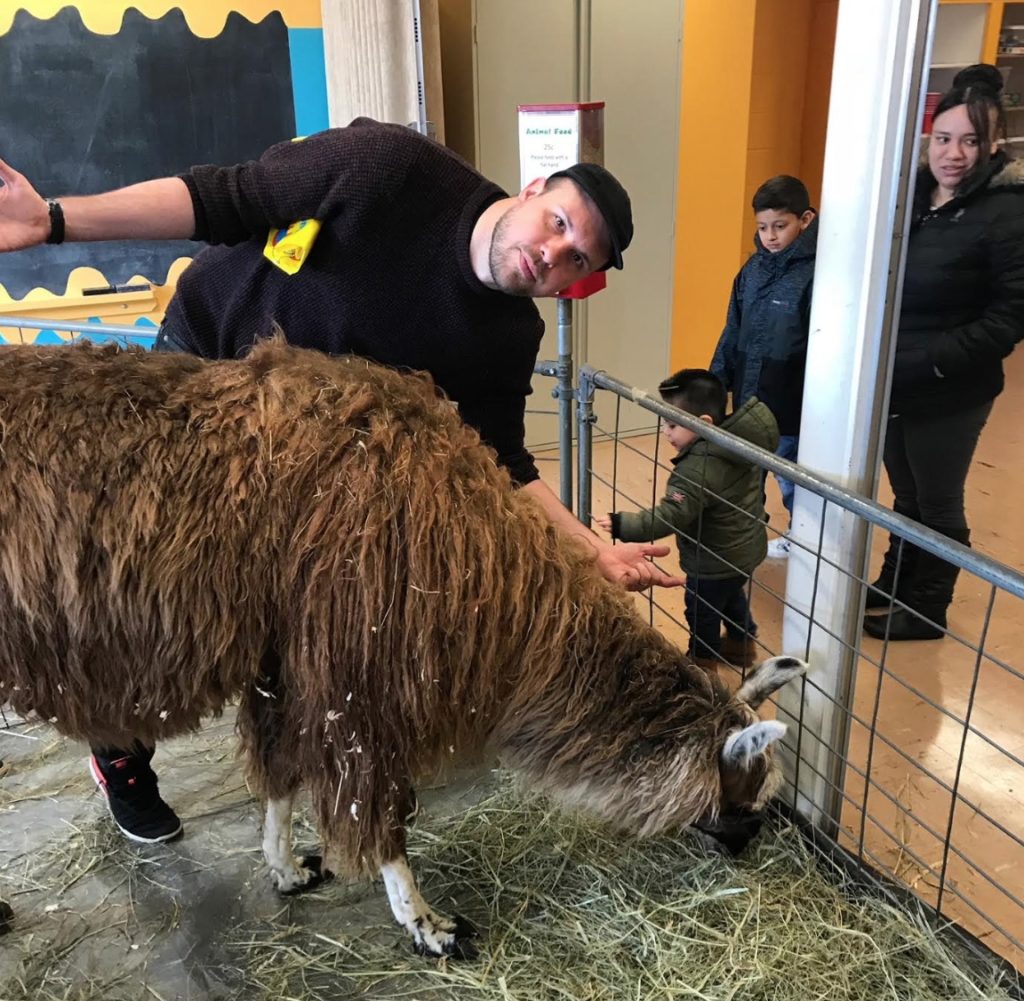 Penny rocking a super slick Easter outfit that was sent up all the way from Florida courtesy of her great grandma GiGi. 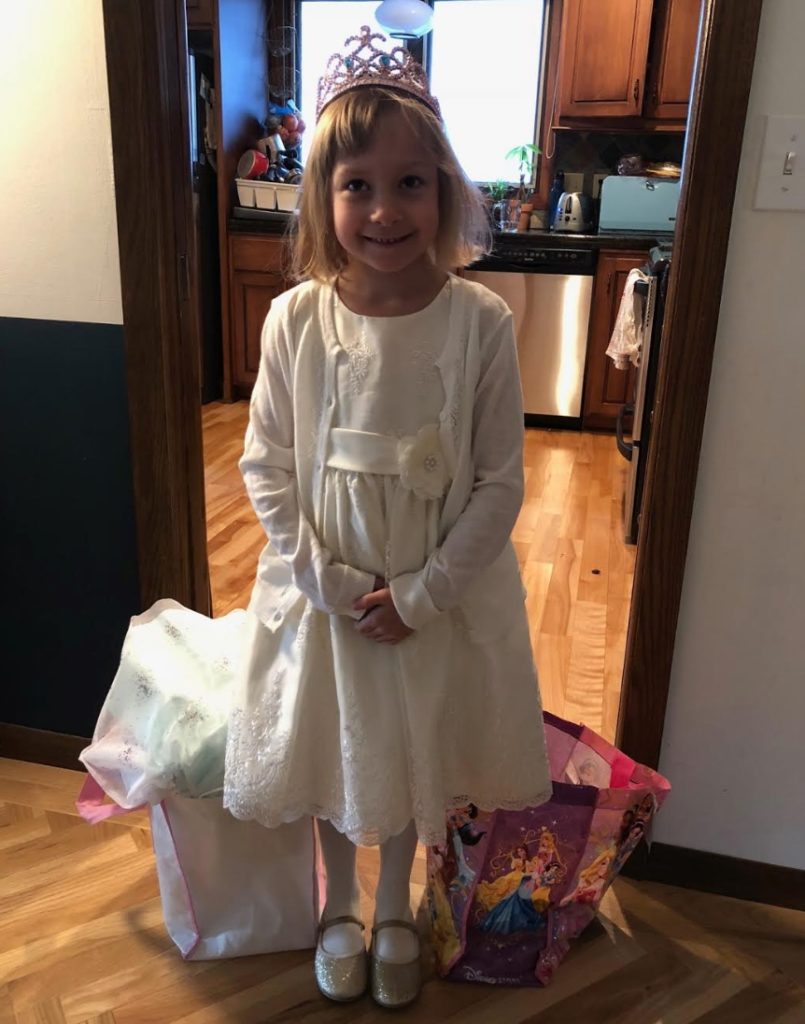 Penny flipping the script and rocking a literal cloud outfit like a BAWSE. This kid is a star. 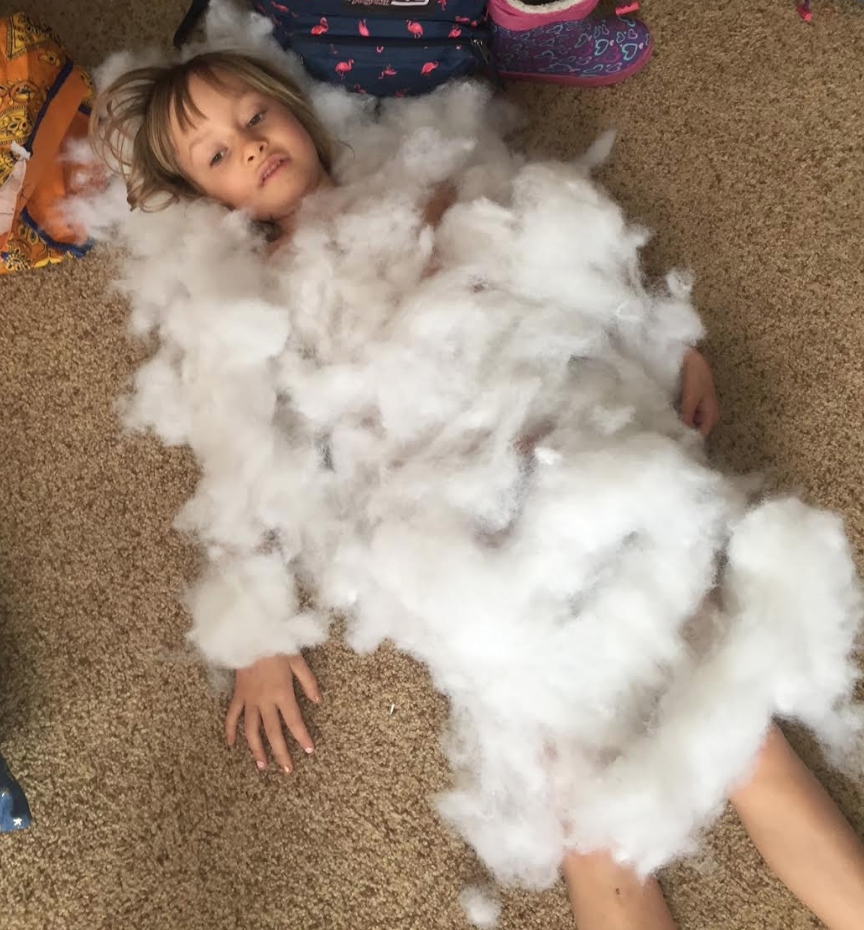 Cammy making tinfoil cars and racing them down this treacherous plywood ramp. 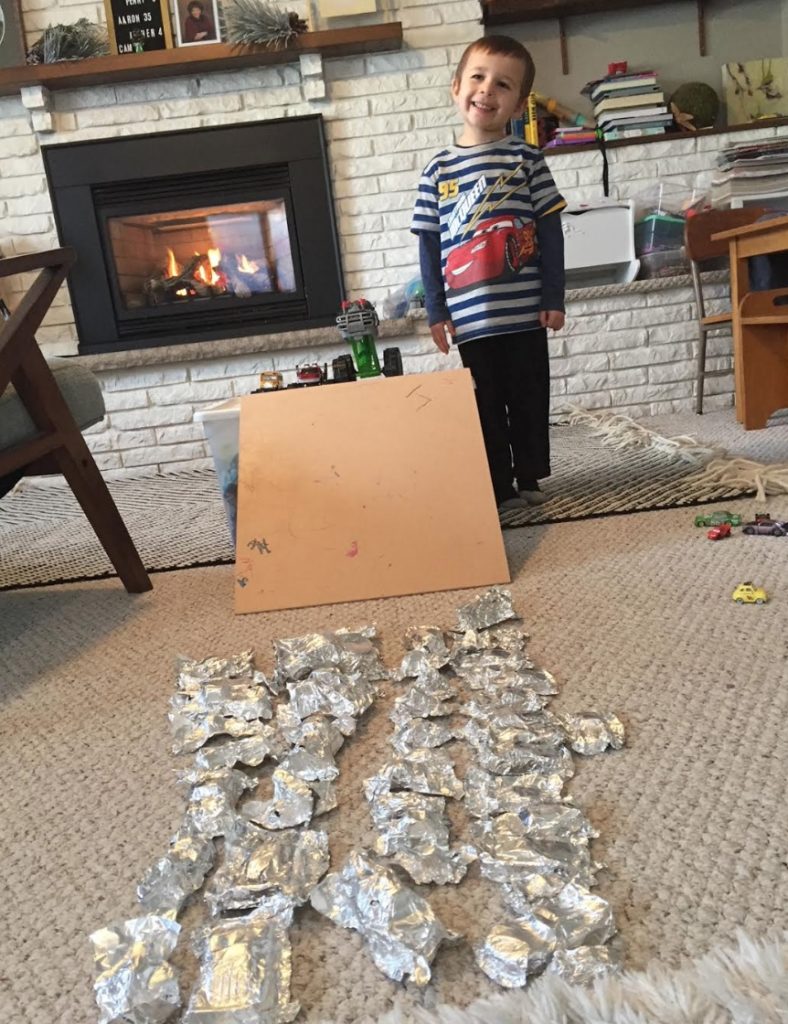 And lastly, the whole bonkers squad working as hard as possible on their iconic camera poses. We’ve still got some work to do, but we’re getting there. 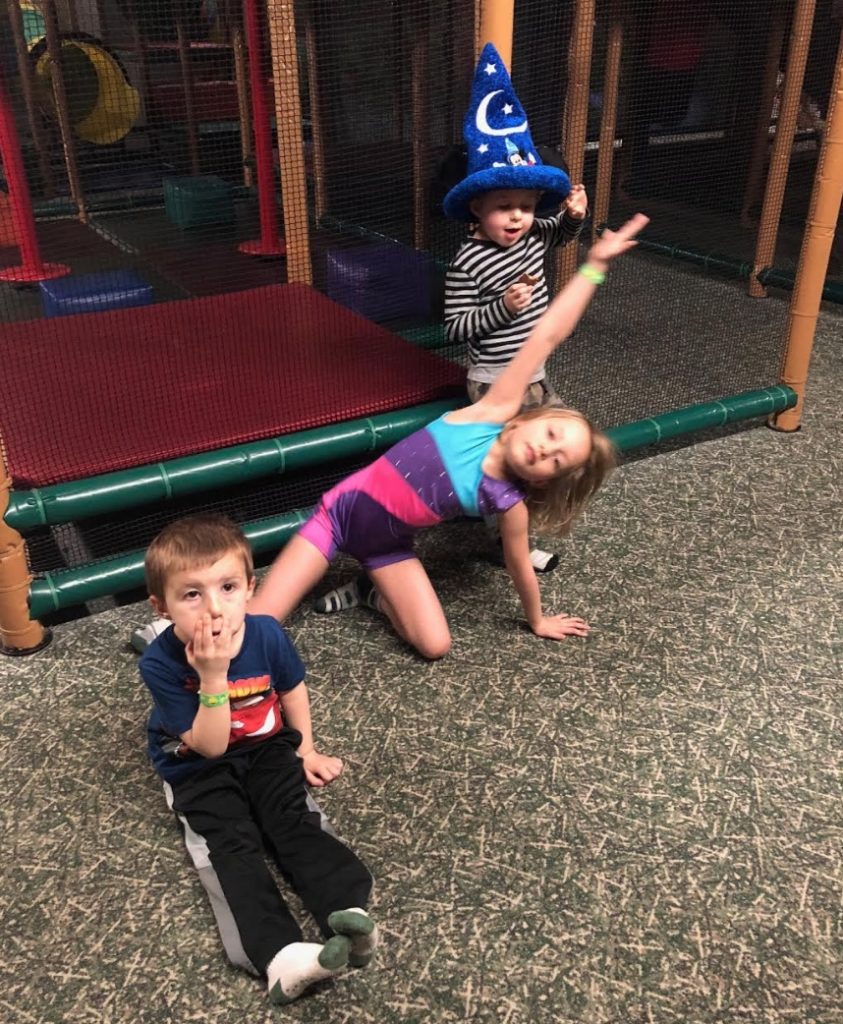 Alright, that does it for this post. I hope you all have a wonderful week digging yourselves out of the snow, praying for a heatwave, and rooting the Minnesota Timberwolves on to victory. Looking forward to seeing a bunch of you in Texas. If not, next Tuesday for sure. See you soon!