HOLY MOLY TODAY IS THE DAY!!! It fills me unprecedented joy and extreme gratitude to announce that my new solo album LUTHER is now available in the world for all to hear.

The last solo album I released was Lava Bangers way back at the top of 2012. It consisted of 20 short, bang-your-head heat knockers – a sound and style that I’ve been building on for about two decades now. I spent the last five years since that release focused mostly on collaborating with as many other artists as possible and putting in the majority of my day-to-day time running Doomtree Records and managing other artists. I became a dad to three awesome kids and I also got waaaaaaay into some hippy dippy stuff that I never thought I’d ever try: meditation, mindfulness, gratitudes, therapy, crystals, you name it. All of these things have truly transformed my world in an incredibly positive way. I kind of figured my time as a solo artist had passed and I would stick to producing other artists and doing more behind the scenes stuff, but last fall I suddenly got struck with some crazy solo inspiration that I hadn’t experienced since the making of my 2010 Legend Recognize Legend album, and it was all of a sudden off to the races again. I love how that can happen when you’re least expecting it. This time around the idea was to try and create the exact opposite of Lava Bangers, and it’s been a really wild ride ever since trying to determine exactly what that means. To use a real high-ass concept, if Lava Bangers was literally the sound of fresh lava erupting, Luther is maybe what happens when things cool down and gradually begin to take shape. It’s slow and patient and building and meditative, and in it’s own unique way I think it still bangs a little bit. It was a brand new process for me and an extremely cathartic one at that. I’m so incredibly happy to share Luther with the world today and I really hope you enjoy it. Thank you so much for the support! 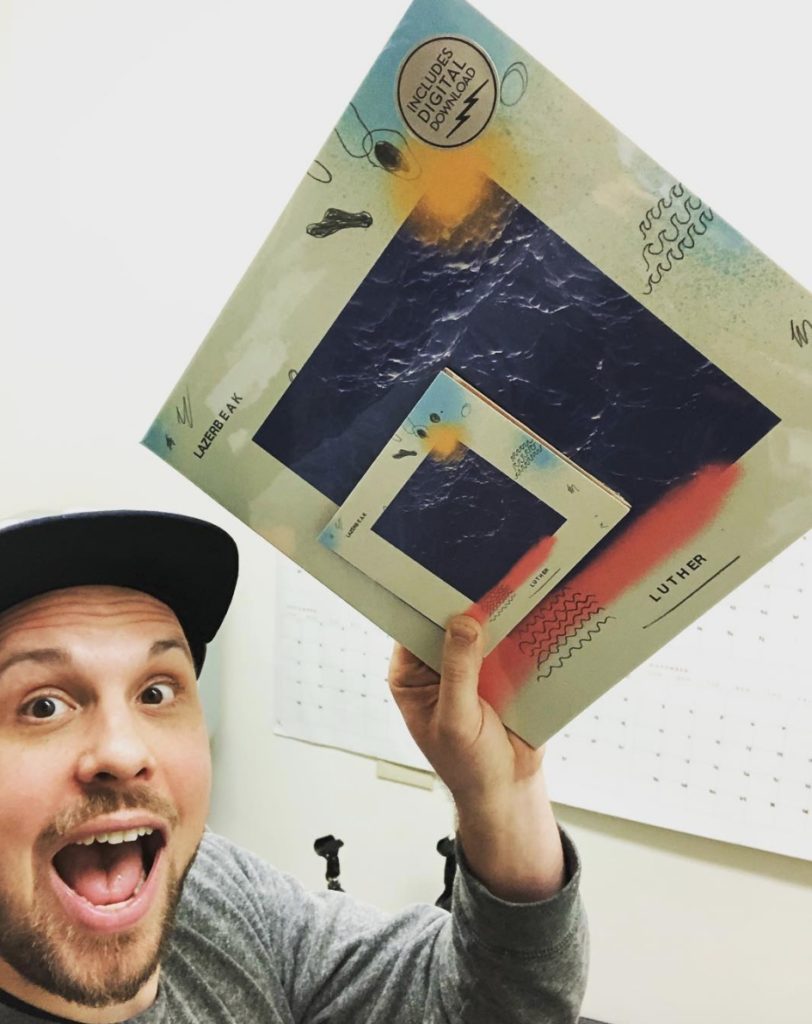