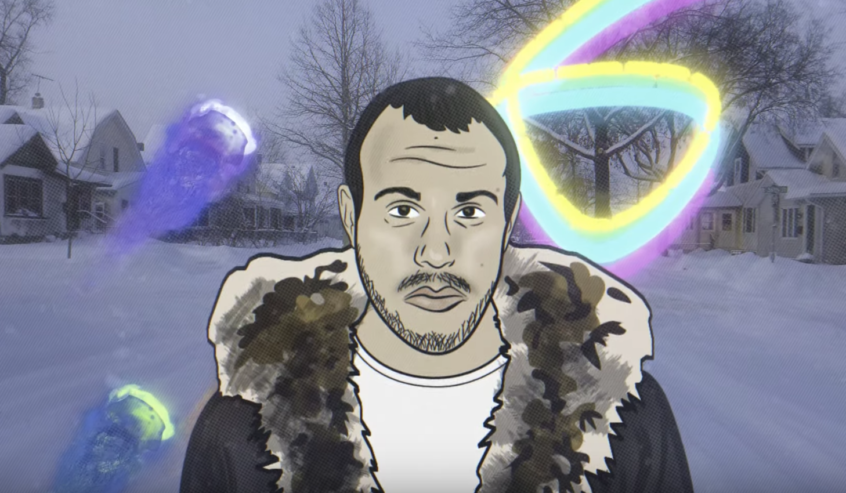 Hello and welcome to an epic, action-packed edition of Tuesdays With Lazerbeak! This past weekend it actually snowed here in the Twin Cities, so I’ve decided to release this new “Retreat” music video off of my latest solo album Luther to keep with the snowy motif. The winter wonderland visual was entirely created by our good friend Adam Dunn (aka Phantom Sloth) and contains a zillion little tie-ins and nods to my previous music videos and past collaborators throghought the years.  Adam completely surprised me by making this video 100% without my knowledge. I had no idea it was even being made until he hand-delivered it to the office. What an absolute sweetheart. One of the kindest things anyone’s done for me. Enjoy the video below and please help us get the word out by passing it around the far reaches of the internet. You can check out the full Luther album HERE if you missed it earlier this year. Thanks so much!

And speaking of awesome videos (SEGUE STREAK), we’ve got a brand new one from Dessa and the Minnesota Orchestra that we released last week. “Velodrome” was directed by another great friend and extremely talented director, Mercies May, and was shot on an actual velodrome track here in the Twin Cities. Check out the elegant black-and-white music video below and get AMPED for this upcoming Sound the Bells album, which comes out on November 8th via Doomtree Records.

Dessa and the Minnesota Orchestra – “Velodrome (Live)” (Directed by Mercies May)

Don’t forget to pre-order a copy of Sound the Bells right HERE. We’ve got all sorts of tiers and bundles to fit any budget range, and you’ll automatically be entered to win a weekly signed test pressing of the album. Shouts to John Pedersen of Eden Praire, MN on being this week’s lucky winner. 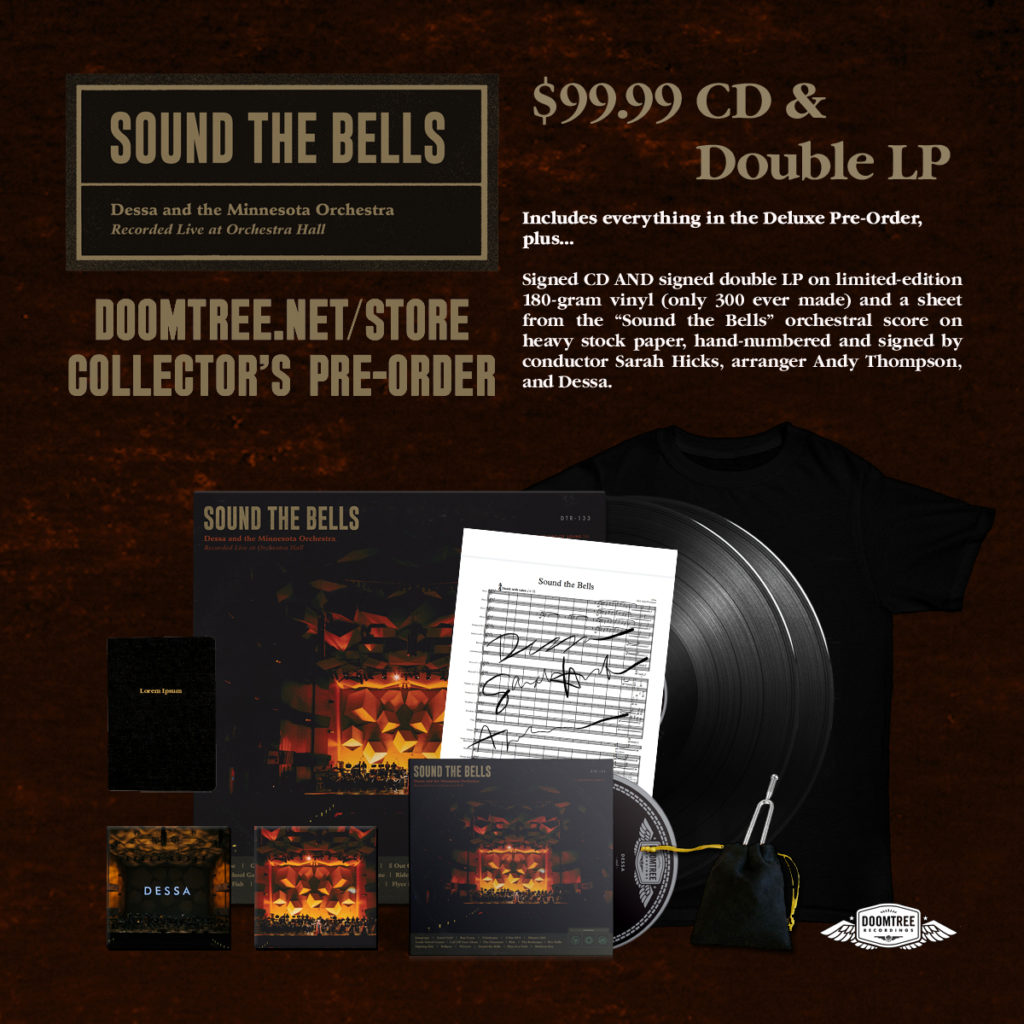 Shredders recently popped into the Radio K studios to talk about Great Hits and film a live in-studio performance. You can check out “Ayeyayaya” and a short interview with P.O.S and Sims below. Huge shouts to Radio K. They were the very first radio station to ever play a song of mine all the way back in high school and they’ve been so supportive of the entire local music community for even longer before that.

Shredders – Behind The Scenes on Radio K

Suuuuuuuuuper excited to announce another handful of Shredders tour dates taking place before the year is over. We’ll be headed to Portland, San Francisco, Seattle, and Denver this November and I CANNOT WAIT! Check out the dates below and grab your tickets right HERE. 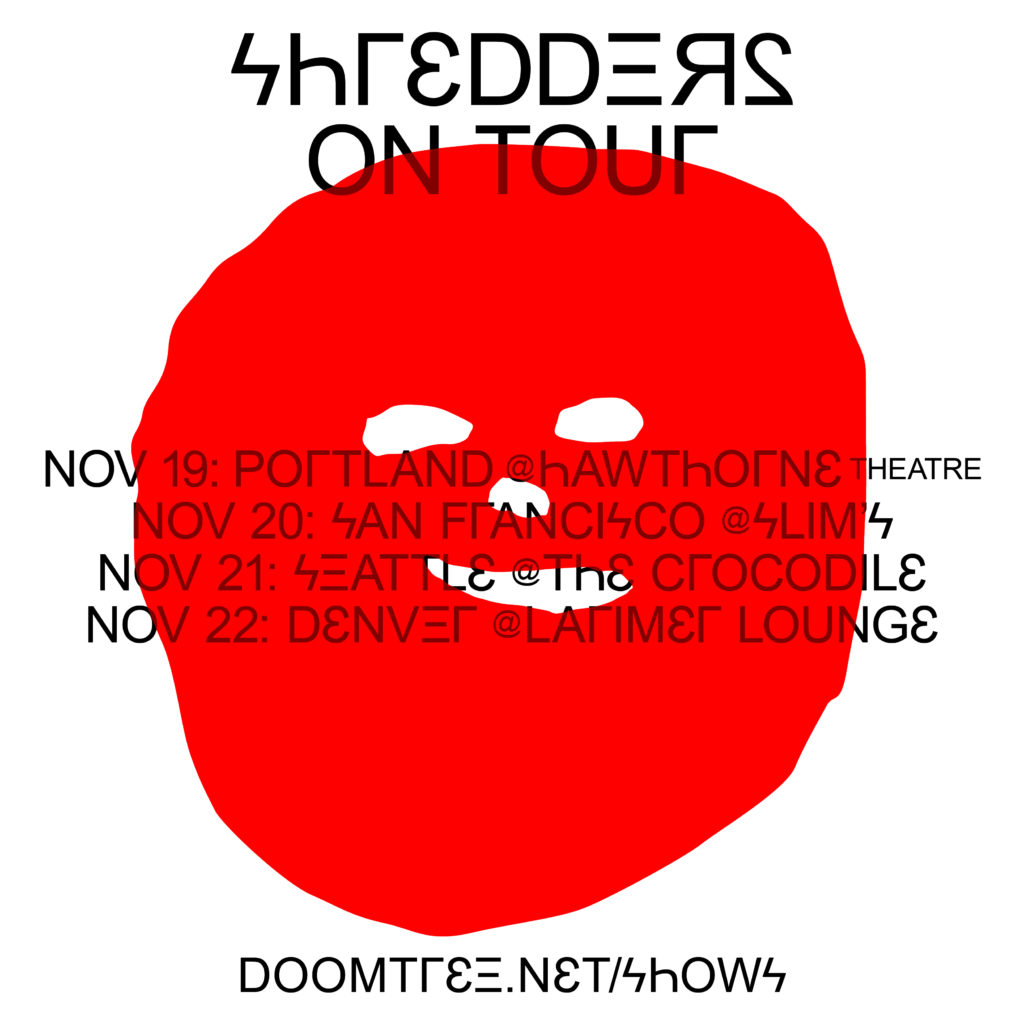 And don’t forget that we’ve also got a slew of headlining shows throughout the Midwest and East Coast over the next three months. Extremely excited to announce that Dwynell Roland with be joining us in Chicago and Eau Claire, and our good homies Toki Wright & Big Cats will be along for the ride in Philly, DC, Boston, and NYC. Gonna be so fun! Grab your tickets HERE, tell all your friends to come out, and we’ll see you real soon. 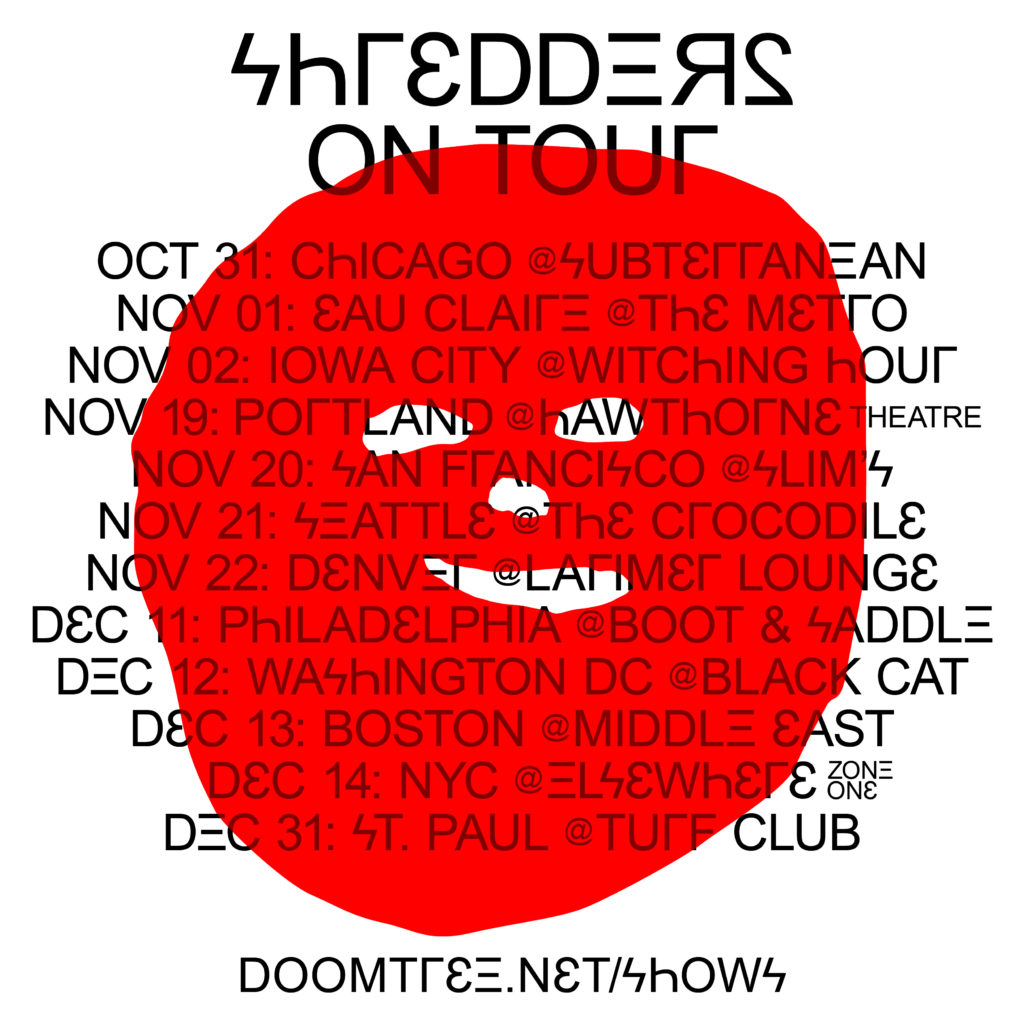 Unless you’ve been living under an actual rock, you’ve probably noticed at some point down the line that Lizzo has become an absolutely unstoppable international megastar. It’s been incredible to watch her success over this past year, and I was so happy to catch the show last Friday when Lizzo, Sophia Eris, and the Big GRRRLs came through town. They crushed it, duh. Here’s a couple videos from Lizzo and Sophia’s sets.

Minneapolis St Paul Magazine recently published an oral history on Lizzo’s rise to fame here in the Twin Cities and I sat down with writer Steve Marsh to recount a few stories from the early years. You can read the whole article right HERE. What a crazy six years it’s been. 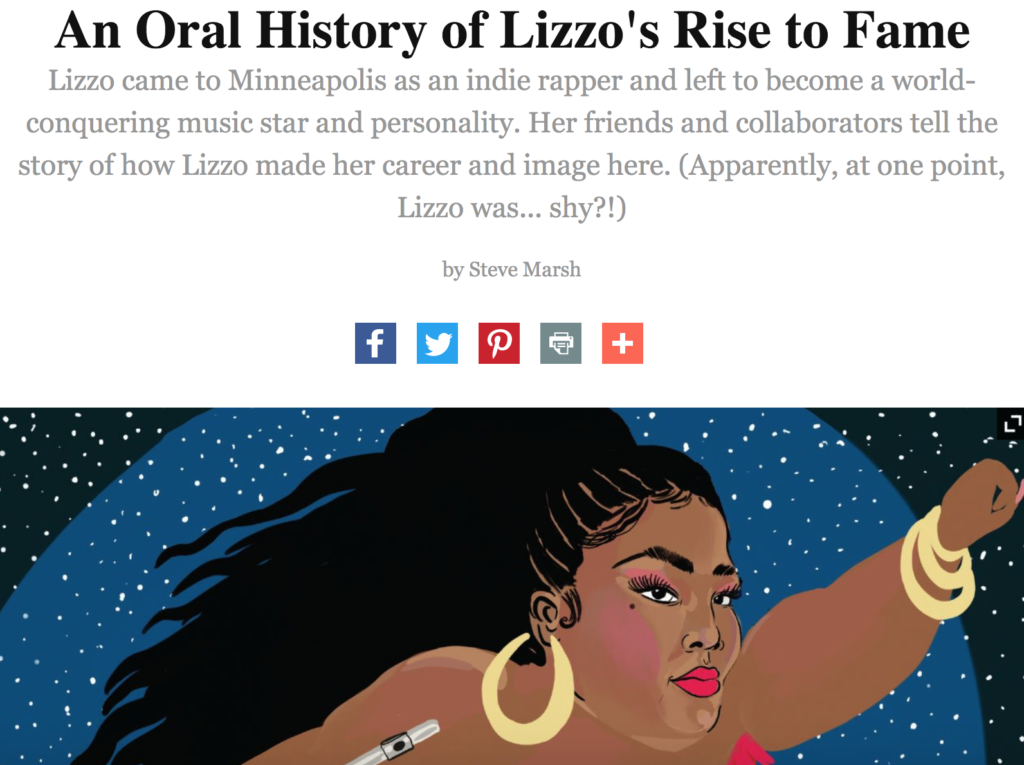 It’s now been five years since Lizzo appeared on the David Letterman show with myself, Sophia, and drummer Ryan McMahon backing her up. Chaz Kangas from Go Radio reflected on that night and interviewed me about what sticks out the most from that experience. Check it out right HERE.

Lizzo made her TV debut 5 years ago today

Alright! That does it for the Doomtree-related news this week, so let’s jump into some Bonus Jams. I could not be more thrilled to announce that Minneapolis synth-pop band POLIÇA has a brand new album on the way. I’ve been working with this band in a management capacity for the last three years and it felt so good to drop this first single last week. Check out the music video for “Driving” below, directed by our number one dun Isaac Gale, and check out all the album pre-order options right HERE. When We Stay Alive drops January 31st on Memphis Industries and the band will be playing about a million shows throughout North America and Europe in the months to follow. Check out tour dates right HERE.

There’s also word of a new Caribou album on the horizon. I was a huge fan of their 2014 album Our Love and this new song “Home” is fantastic. Always excited to see what Dan Snaith has up his sleeve next.

Craig Finn is currently touring across Europe in support of his excellent full-length I Need A New War. To celebrate these new dates, he released a B-side from the record called “It’s Never Been A Fair Fight,” which in my opinion is up there with the best stuff he’s written to date. Check it out below.

Camila Cabello just slaughtered Saturday Night Live over the weekend and debuted a new song in the process. Check out “Easy” below. I cannot wait for her next album.

Huge shouts to JT of City Girls who was just released from prison last week. She wasted no time at all in releasing new music, as City Girls dropped “JT First Day Out” on (you guessed it), JT’s first day out. Nailed it.

Looking forward to diving into this new Danny Brown solo album. The singles I’ve heard so far have been great and Q-Tip executive produced it, so you know it’s gotta be solid. Definitely digging this “Best Life” song.

BAM! That’s it for this week’s Bonus Jams. Make sure to check out my Bonus Jams playlist on Spotify right HERE to stay up on all the latest heaters.

I hope you all have a glorious week. I’ll leave you with this new Beak video for “Retreat” in case you missed it up top, and I’ll see you right back here next Tuesday for another round TWL. Take care!