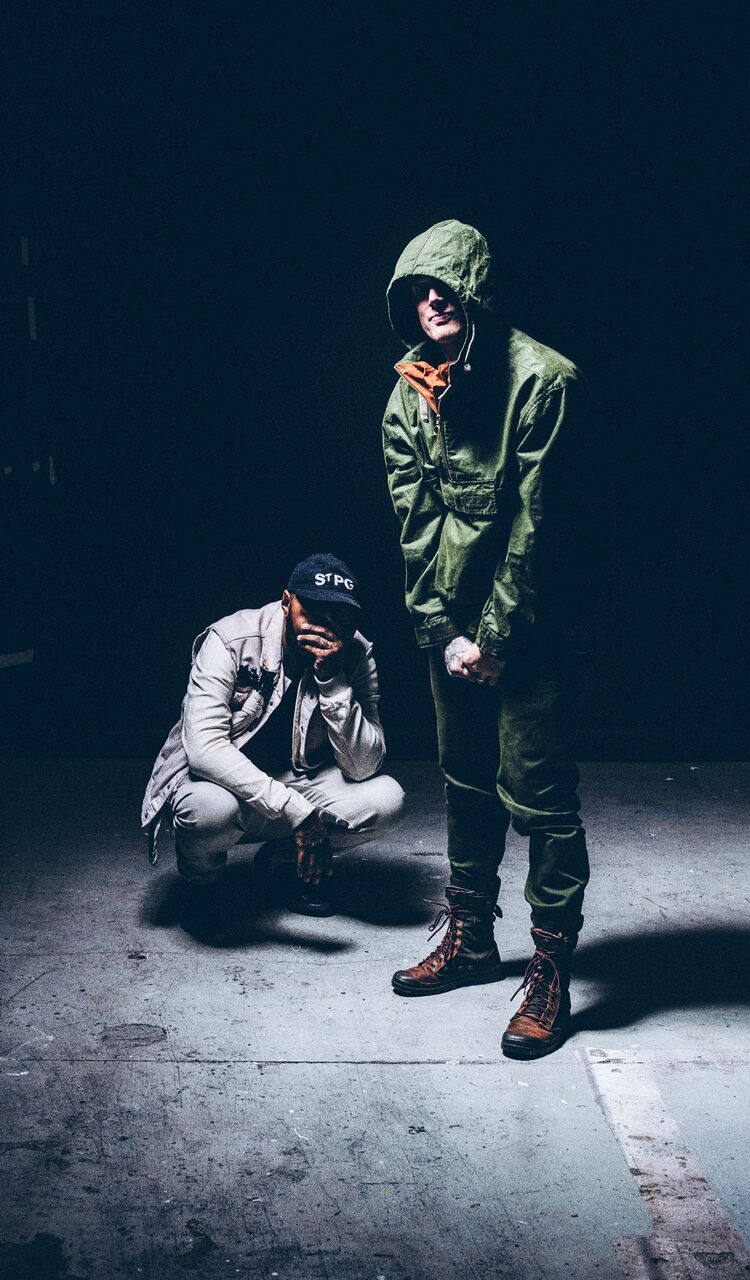 Sometimes the best way for artists to keep pushing ahead is to remember who their people are – especially when they’re the ones they’ve known for ages and have been itching to work with from the very start. Stef Alexander and Andy Bothwell, respectively known as P.O.S and Astronautalis, have been making guest appearances on each other’s records for over ten years, and date their friendship back even further. That makes a collaborative project like Four Fists both inevitable and necessary at the same time: it’s the team-up of two of Minneapolis’ most stylistically fearless artists, both of whom simultaneously inhabit the worlds of hip-hop and indie-punk in a way that the Twin Cities music community has always welcomed.

“This is something Stef and I have been working on and dreaming about since we became friends in 2004,” says Andy, who moved to Stef’s Minneapolis stomping grounds in 2011. Two years later, the first Four Fists 7″ offered up two sides of finger-clenching post-hardcore for hip-hop heads, showcasing their powers as MCs, vocalists, producers, and songwriters alike. But the span between 2013 and the new album’s creation saw a string of life changes, from Andy’s marriage to Stef’s struggles with kidney failure to the state of social justice in the world, that shifted both artists’ perspectives. Any eventual full-length Four Fists release would have to account for the artists growing from young-and-hungry firebrands into career musicians with increasingly adult outlooks.

But the duo hasn’t grown complacent – in fact, 6666 pools not just their talents but their experience to create a work that bristles with a collective tension. “It’s way easier working with friends,” says Stef. “It gets your juice moving quick. I think with what’s happened with our pairing, we have little chunks of each other that don’t come out in our own music.” That freed them up to build, tear down, rework, and upend their ideas, with the guiding hand of Dutch producer/remixer Subp Yao giving them the leeway to destroy their beats in order to make them even stronger. What that gave them is a sound that bumps hard while still seething with a certain determination, building off a mutual recognition of their strengths that bolsters their resolve. You can hear it in cuts like opener “Nobody’s Biz,” a backbreaking drumline run through with entreaties to action (“It’s fucked up, we all know it baby/the question is, why the fuck we waitin’?”), or the reflective chiptune burble of “G.D.F.R.” and its attempted reckoning with how these two artists even made it to where they are.

In other words, 6666 bangs, but in the service of something greater than entry-level defiance. There’s a vibe that seems to draw from the life of The Clash’s Joe Strummer, who’s namechecked more than once on the album as a young punk iconoclast growing into a reflective humanist. The protests still hold weight: cops threaten even the law-abiding, hustlers don’t do enough to spread the wealth, and there’s no point waiting for someone to save you. But amidst all the tension and anxiety that looms in the background, there’s the sense that everything runs on a secular version of the Serenity Prayer: focus on bettering the situations you can control, learn to help yourself and others in the situations you don’t, and give listeners the sounds they need to endure both.