Well, the time has finally arrived.  The Super Bowl is upon us, and even though I won’t be able to watch the Vikes destroy on Sunday night, I am still getting pretty pumped for our annual Super Bowl Party.  I look forward to this thing all year long: millions of beers, crockpots galore, wonderful friends, and one big screen TV.   It really doesn’t get much better than that.

In my family, watching the Super Bowl has always been synonymous with eating nachos.  My mom would always make them as a halftime snack when I was growing up, and as I became older I started adding to her recipe and putting my own twist on it.  In all actuality this is one of the only things that I know how to cook by myself.  And now for the first time ever, I am going to share this recipe with you, in hopes that  it could make your own Super Bowl party just a little bit more awesome.  So without any further ado I bring to you:

A little bit of hot sauce (Frank’s or Louisiana)

Cut up the Velveeta cheese block into smaller cubes and place into crockpot.  Turn on high.  Wait til the cheese has melted a bit and then dump in the can of chili and jar of salsa.  Stir that stuff up real nice.  Add jalapenos to your liking (but don’t add the excess juice, just drain the peppers).  I usually use a little over half the jar but you can go easy on them or just put them on the side if you want.  Finish it off with some generous splashes of hot sauce and then let it heat up for another 20 minutes or so.     Bam!  There you have it.  One of the easiest things to make and yet one of the most satisfying foods you will ever eat in your lifetime.  It doesn’t hurt to have a cold bottle of Bud handy to wash it down either.

Or if you’re really brave, you could wash it down with a little thing I like to call The Lava Banger.  This is a shot we made up on tour over the summer, and it is pretty intense.  I will warn you: it does not taste good, but it does look pretty cool.

Get a shot glass and fill half of it with Welch’s Strawberry pop (the best pop ever).  Then you fill the top half of the shot with Bacardi 151.  This is the flammable stuff so PLEASE BE CAREFUL.  Put your lighter up to the top of the shot and ignite the Bacardi.  It should light on fire a little bit and turn to a blue flame.  Then sprinkle a little cinnamon on top of the flame.  The fire gets bigger and the cinnamon will start sparkling.  Very important: BLOW THE FIRE OUT BEFORE YOU DRINK THE SHOT.  Seriously.  Then drink the shot and chase it with a handful of Pop Rocks (they are the only thing that makes this somewhat enjoyable to ingest).  Bam, you just drank a genuine authentic Lava Banger, the liquid equivalent to what Lazerbeak beats sound like.

I hope that these two recipes will bring new wonder and enjoyment to your already very exciting Superbowl traditions.  I still haven’t decided who I’m rooting for yet.  Any other year it would’ve been the Saints,  but I just haven’t been able to get over the gut wrenching loss they handed to the Vikes.  We’ll see.  Regardless, I am super excited for all the new commercials.   For the last four years I have been talking about starting a blog solely to rate and critique Superbowl commercials, using a rating system based on a scale from one to ten Crockpots. Now I finally have the forum to do such a thing.  Expect a full breakdown of the best and worst commercials on next week’s blog.

– If you’re looking to kick off Superbowl weekend with a bang and you live in the Twin Cities, you have to come down to the 2 Year Anniversary of Get Cryphy in the VIP room at First Ave on Feb. 5th.  Jimmy 2 Times, Plain Ole Bill, and Mike 2600 have been rocking people’s faces off consistently, and this is gonna be a night of epic dance partying.  More info at getcryphy.com.  Below is a Bonus Jam remix that Jimmy did, using the vocals from “Savion Glover” over this obscure Trick Daddy song called “I Pop” (produced by the late Disco D).  Pretty sweet stuff.

– The homie Mike Swoop releases his debut instrumental album “New Love” today.  One of the best producers out of this fine state in my opinion.  Check it out, as well as his CD release show on Friday at Sauce with Big Quarters and Toki Wright.

– Last but not least, P.O.S and Dessa left this morning to depart on a seven week tour of the entire country.  It is gonna be insane!!!  Go and check these shows out if they come to your city.  You will not be disappointed.  Click HERE for all the dates.

Have a fantastic week.  I hope you enjoy the Big Game and all the wonderful festivities that go along with it.  Nacho Cheese and Lava Bangers 4 Life!!! 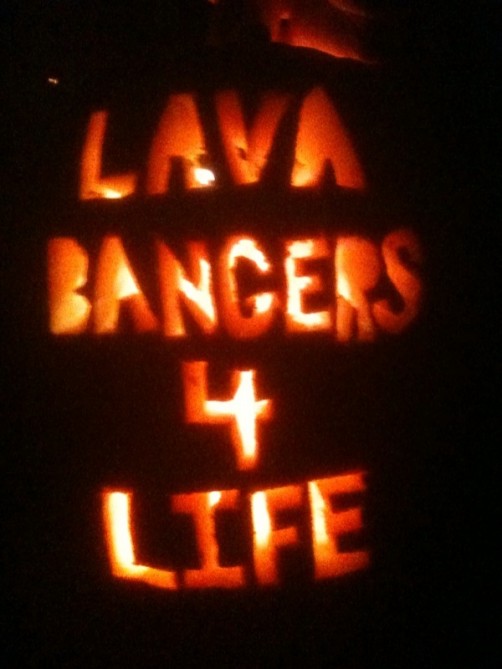