Man last weekend was the best.  The Gayngs show at First Ave on Friday will live on forever in infamy.  I wish I had remembered to take some actual pictures, but below are some sweet ones that The FADER posted up.  I’m pretty much a jeans and white tee type of guy, so it was sweet to dust off the wedding suit for once and take the wifepiece out to a real deal adult prom.  Everyone looked like a million bucks and the 23 piece band flawlessly pulled off the album live.  Such a wonderful night.  Couldn’t be more proud of my friends! 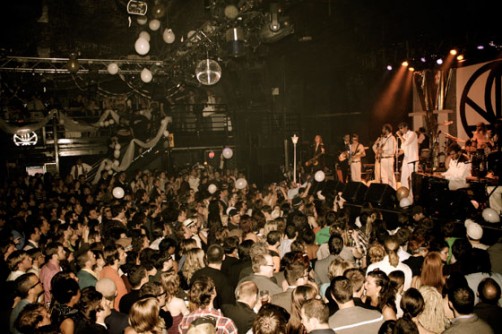 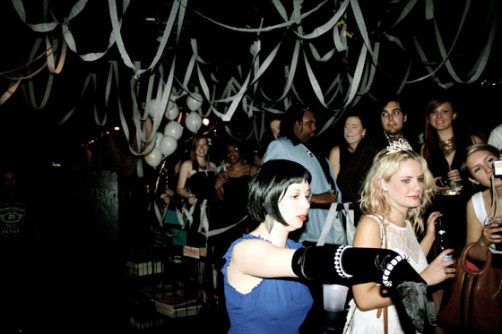 Then Sunday was the big Lyn-Lake Block Party that Sims, Mike, and I played at.  It felt like the first day of summer and I was super impressed with the turnout.  Thanks to MJ at Sauce for having us, it was a blast!  Below is a picture I grabbed during the set, and click HERE to see a video of 22-month old Finn enjoying his first concert ever while busting out some serious dance moves to a new Sims song.  Adorable. 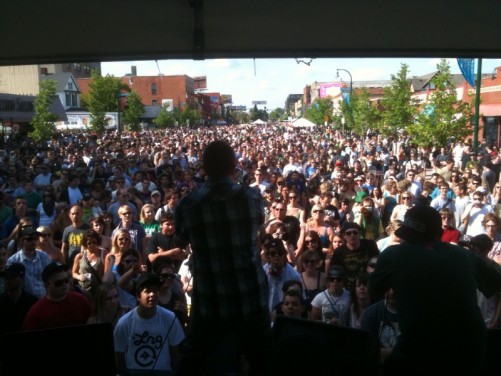 Bam!  Now that the recap is over with, I’d like to devote the rest of this week’s post to my newfound fascination with the band Steely Dan.  I know, bear with me here.

In my family we didn’t have a whole lot of secular music around the house when I was a kid, so it’s taken me quite some time to really discover some of these easy listening groups like Hall and Oates and Steely Dan that a lot of people grew up on.  I can say that about three years ago I finally dove head first into the Hall and Oates catalog and it has changed my life forever in a seriously awesome way.  Man they are so good.  And now that I’m a little older and wiser I think I am about to hit a second milestone with Steely Dan.  Bring it on.

I tried pretty hard to get into this band a few years back after falling in love with Hall and Oates and E.L.O.  I copped their Greatest Hits album to test out the waters, but it turned out to be a tad too jazzy and all over the place for my liking at the time, and there were just too many crazy solos going on for me to handle.  Joel ended up playing me their album “Aja” while I was down in Chicago a few weeks back though, and I finally realized the potential that they had to absolutely rule!  That record has been the only thing I’ve listened to this past week and it is pretty much blowing my mind right now.  There are only seven tracks on it, but they are all legitimate heat knockers!  You can just put it on and let it go til it’s done.  “Deacon Blues” is my jam, in part because I found out it’s sort of about the awful old Wake Forest Demon Deacons football team that only won seven games total from ’72-’75 (always a sucker for sports references).  The song “Home At Last” turns out to be some crazy mythological ode to The Odyssey or something of that sort, and if you know me I am pretty into songs dealing with that type of journeyman subject matter.  Not to mention all the awesome horn arrangements and female backing vocals everywhere.  There is so much stuff going on in these songs, but it doesn’t really ever feel cluttered at all.  So good.

I apologize in advance for being several decades late to this party, and if you hate this band I wouldn’t blame you.  They are super weird, they love saxophone solos, and Donald Fagen kinda looks like some deranged lunatic villain you’d see in the upcoming Sherlock Holmes sequel.

See what I’m talking about there?  All I know is it’s been quite awhile since an album took a hold of me like this, and I think I temporarily forgot what an awesome feeling it is to get so wrapped up in a single record.  If you haven’t heard “Aja” I would highly recommend you correct that ASAP.  Blaring it out of your car with all the windows down on one of these beautiful spring days is, in my opinion, one of the more freeing things one could do with their lives.

Below are a couple Steely Dan “Aja” Bonus Jams to get things started.  I hope you have a wonderful week watching epic NBA Playoff battles.  Still can’t believe the Celtics took that first game in Orlando.  I promise I’ll try to come up with something much cooler and more contemporary to write about for next week’s post.  Have a great week, see you next Tuesday.