Before I get into any of this week’s post I just wanted to reiterate the fact that Paper Tiger’s first ever full length album is available RIGHT NOW for pre-order at our webstore.  I know you already saw the splash page and everything, but I can’t stress enough how awesome this record is.  I was extremely fortunate to work closely with Paper on this one from an “executive producer” standpoint, and you have no idea how hard the man has worked to create this beautiful album for you.  From the intricate details in the music down to the incredibly sweet album packaging: Made Like Us is a monster.  There, I said it.  Plug over.  Just thought you should know.

Now onto some other awesome stuff.  The third annual Soundset Festival took place here on Sunday and it was one for the ages.  Can’t thank Rhymesayers enough for continually putting on such an amazing event.  17,000 plus people in attendance this year!  Man I love this town.  P.O.S, Cecil, and Dessa all played solo sets and they all completely destroyed.  It was crazy to see so many people repping those Doomtree wings and teeth throughout the day.  Can’t explain how much all the support means to all of us.  Non Doomtree performance highlights for me included Yelawolf, Freeway, and the little bit of Meth and Red I got to catch.  All in all it was just great to see so many people thoroughly enjoying themselves and supporting our hometown scene.  Below are the few pictures I was able to grab.  I’m sure there are a lot cooler ones out there if you’ve got the time to search around.  Here’s Dessa backstage right before her headlining performance on the Fifth Element stage.  That U-Haul truck is actually in her rider nowadays. 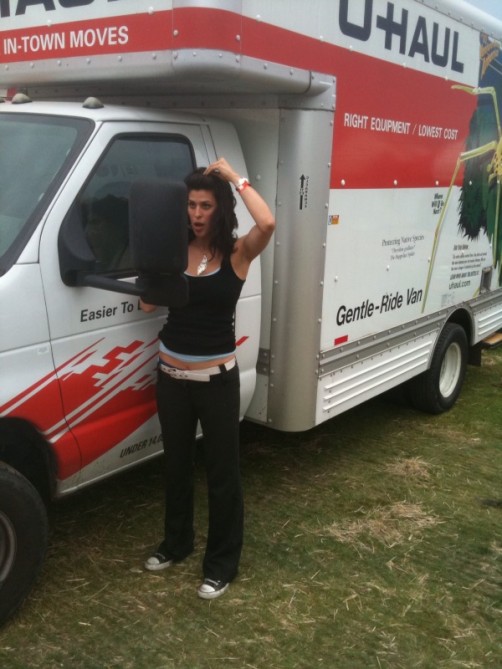 And a shot of the crew performing “Low Light Low Life” at the end of Dessa’s set.  Great way to end the day. 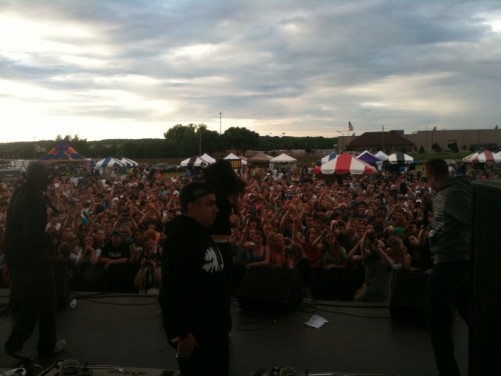 A few days before Soundset I got an opportunity to finally check out the new Twins stadium at Target Field.  Our ultimate homies Joel and Katrina were in town,  so a gang of us went down to see the Twins stomp out the Rangers.  I’m not even that big of a baseball guy, but I gotta say that seeing a game outside on a gorgeous Spring day is a million times better than watching it inside a ginormous ugly white dome.  Plus the new nachos they were selling there completely ruled, almost worth the price of admission alone.   Our seats overlooked the downtown skyline and I was able to grab this picture as the sun was going down.  We may not have the most buildings here in Minneapolis but they sure look good from this angle. 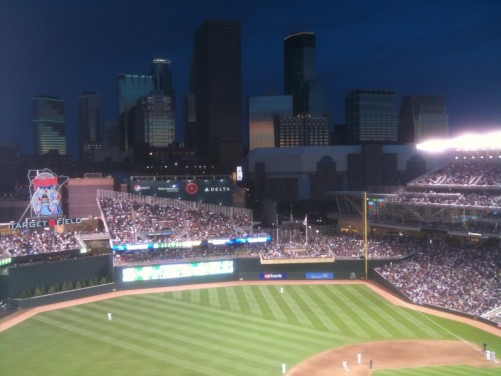 I took last week off of the blogosphere in order to go up to a sweet remote cabin location in the DL to work on this top secret Committee record with a bunch of friends, all in attempts of raising Committee awareness everywhere.  Can’t really say too much about it right now but it certainly was a blast.  I also realized that there is possibly nothing better than hanging out at cabins when the weather starts getting nice.  We had pork shoulder smoking all day, made music all night, and even learned how to play shuffleboard in between.  Plus I stocked up on the Mike’s Hard Raspberry (bonus!).  And there was a pontoon boat!  So sweet.  Below is a picture of Stef driving around said pontoon boat like a true champ.  You may not know it, but this man has some serious knowledge in both boating and fishing, and hopefully one day will actually host his own cable access fishing show if I have anything to do with it.  Pro Moves indeed. 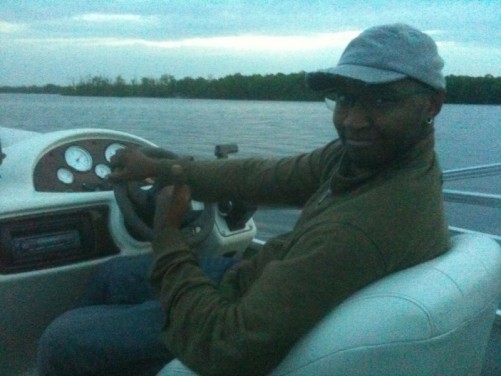 Here is the awesome view from the cabin. 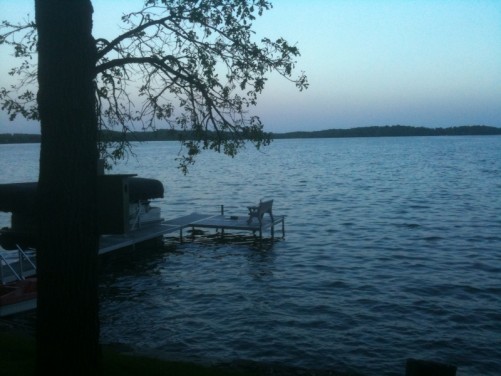 And here is a crazy swamp turtle we encountered on our drive into town for more supplies. 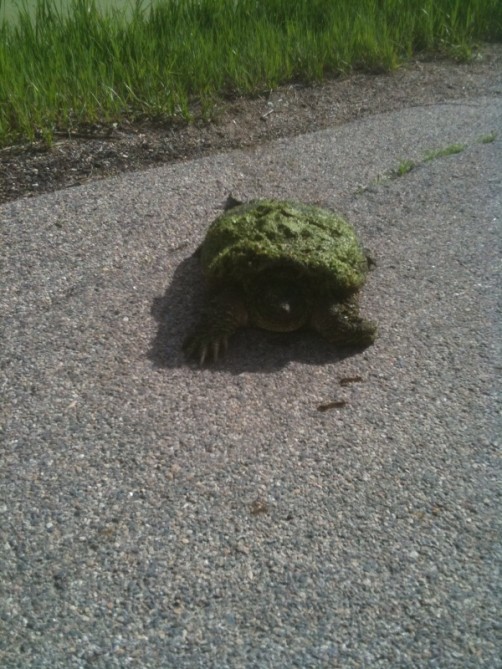 Anyways, much more to be said about all of that in due time.  I’m going into the studio today with Dessa to master my solo record, and I am super pumped to get the music part of this thing completely done with.  Slowly crossing things off the list until this album can get launched out into the world.  From here on out it’s just videos and artwork  all day every day.  We’re getting there though.  I’ll leave you with a few Bonus Jams that I’ve been way into this week.  Just what I’m feeling at the time.  Hope you have a wonderful first week of June.  See you next Tuesday big duns.

Elvin Bishop – “Fooled Around and Fell In Love”