Real quick before I get into this week’s post I just want to direct your attention to this Twin Cities Best Band contest going on that Doomtree is involved in.  I know these online voting contests are super annoying but it’s down to just a few bands now, and I guess it’s kinda like a big deal if we win.  Go HERE to vote for us if you have the time.  Thanks a ton.  End of plug.

So the big outdoor Grand Old Day show this past weekend ended up completely ruling.  I forgot how many people come out to that thing.  The whole place was packed.  It never seems to fail that every time the entire crew is about to perform outdoors the huge ominous rain clouds come rolling in.  The little storm didn’t really seem to faze people though and the show went off super well.  The sun even came out for a bit.  Thanks to everyone for enduring the weather and partying with us.  That was a ridiculously fun time.  Heiruspecs killed it too. 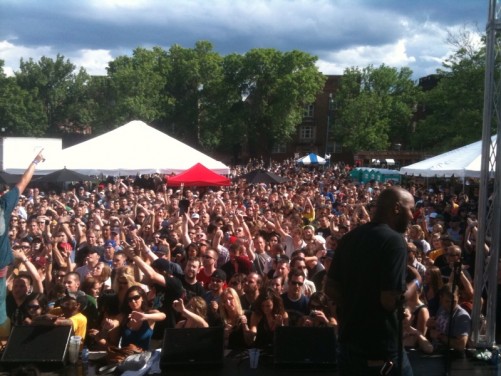 The absolute highlight of the show for me had to be the unveiling of this new dance I’ve been working on called The No Dance.  Imagine yourself walking down a busy street and on either side of you there are a million haters lined up sticking their necks out at you trying to get your attention.  The No Dance is basically you just throwing your hands out, left and then right to the rhythm, and pushing their faces out of the way as you breeze on by, completely unfazed, all while yelling “NO!” over and over again (looks cooler than it sounds, promise).  We got the whole crowd to do it in between songs on Sunday and it was extremely triumphant.  Think this might be the one that makes us famous.  In fact, we also filmed the whole crew performing the choreographed dance in a flying V formation on Friday at a video shoot for my upcoming album.  Smoke machines and everything.  Choreographed dancing: definitely a first for us.  We got to film up on a rooftop right behind the new Twins stadium too.  Pretty sweet view. 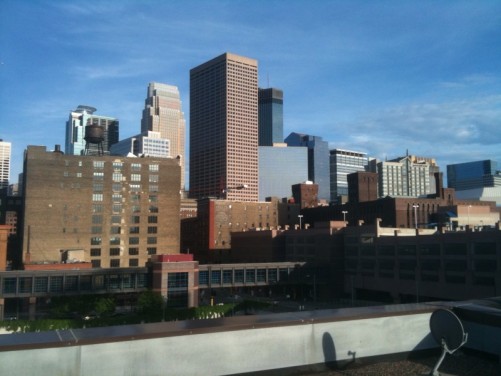 Speaking of that album, I am so excited to be wrapping everything up on it this month.  This last week we’ve been putting the finishing touches on the audio master and it is sounding like a million bucks.  Here’s a picture of Bruce Templeton looking like a crazy evil supervillain behind the boards at Magneto Mastering.  Reminds me of the bad guy in Inspector Gadget for some reason. 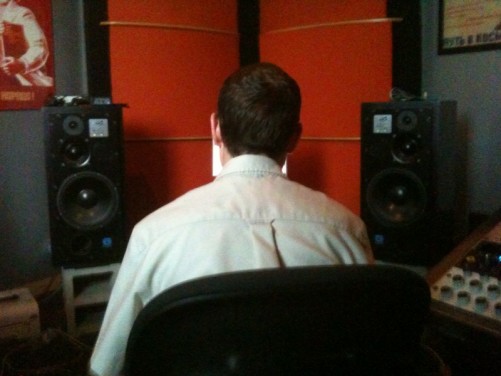 The next couple weeks are gonna be totally nutz with album artwork and music video deadlines rapidly approaching.  Heading up to a cabin this week to film a few more videos actually.  We are gonna get some epic boat shots that hopefully rival any of those over the top DJ Khaled videos.  I might even have to yell out “LISTENNNN!” a couple times in the man’s honor.  It’s gonna rule.

Below are a couple Bonus Jams that I’ve been listening to a ton lately.  That Darondo joint is amazing and I have no idea where it’s been all my life.  The Rick Ross track is just completely intriguing because of the way he constantly and convincingly refers to himself as MC Hammer.  I hope you have a great week enjoying the NBA Finals.  We’ve got a serious series on our hands after Sunday night’s insane game.  As much as I’d love the Celts to get another one, I think I’m still saying Lakers in 7.  Man I hope I’m wrong though (don’t tell Mike I said that).  See you next Tuesday!