Doomtree is positively a-buzz with industry.

Yesterday, while sitting in my mom’s car at the Mall of America, I got a call from Alex at Billboard. He called to inform me that Paper Tiger’s album made one of their charts.  And we chatted! Because we have developed what can be fairly called ‘a friendly and informal rapport’! I will keep you posted on my increasingly intimate relationship with Alex as Doomtree’s release year continues. The charting is almost entirely due to people who pre-ordered Made Like Us or bought it online. Thank you. If you’d haven’t heard it yet, you can check out a free track HERE.

Lazerbeak is an unstoppable force of nature as of late. He’s finishing up 10 music videos, all of which will be packaged in a DVD on his next disc. He and I are also hustling pretty hard on the business end of Doomtree’s affairs, gearing up for the release. Here’s a semi-candid shot that I snapped during his last visit to my apartment. 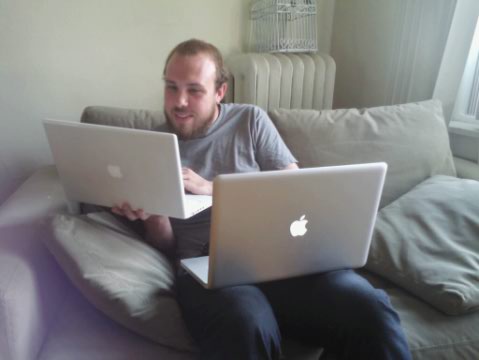 And here he is giving Sims a sneak preview to one of his videos. 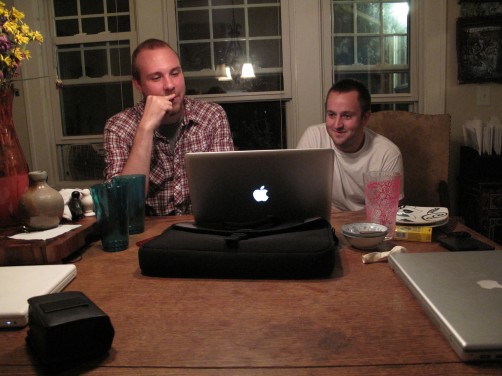 For me, last week was made memorable by a visit by the violinist Jessy Greene. Jessy and I are long-time  friends and collaborators (She lent her talent to Mineshaft, Mineshaft II, Into The Spin, and other Doomtree songs). When we are not making music, we are facing each other and talking simultaneously. This continues, non-stop, until we start making music or until one of us has to go home. As some of you may know, she moved to L.A. a couple of years ago, after having been asked to join a world tour with the Foo Fighters. I knew I missed her but hadn’t realized how much until spending time with her this week.

To take advantage of her visit, I booked a bit of studio time. Which gave me approximately 72 hours to prepare something ready to record. McNally Smith College of Music was kind enough to grant me access to their piano on last-minute notice. I am determined (if ill-equipped) to teach myself to play, and have been banging around on a Casio keyboard at home for some time. But to sit in front of a real piano, with live mics, was a moving, scary, thrilling moment.

The instrument itself really is elegant: 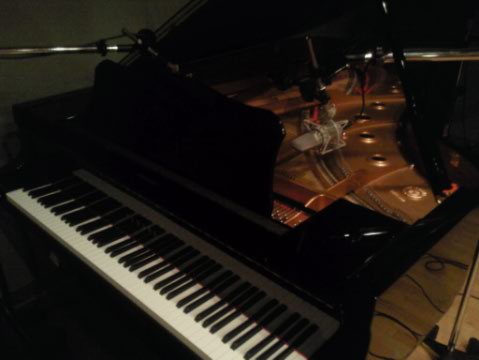 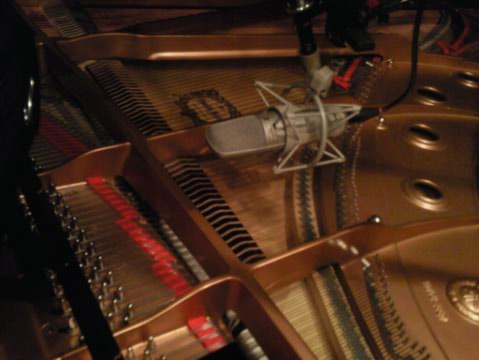 With the help of Aaron Hodgson at McNally, I (painstakingly) captured some usable audio.  Then Jessy came over to my apartment and we to set about writing violin lines together.

Big ups to the resident in unit 36–I will not make a habit of playing live music in the middle of the night. Sincerely, the woman in unit 34.