Packers and Steelers in the Superbowl???!!!!  Brutal.  It was a rough Sunday at the Mader household.  Somehow my wife, brother in law, and the majority of people I generally watch football with happen to be die-hard Bears fans, and there was quite a bit of consoling necessary after the Packers knocked them out of the playoffs last weekend.  Not even my dog rocking a homemade Bears sweatshirt could will them to the Superbowl. 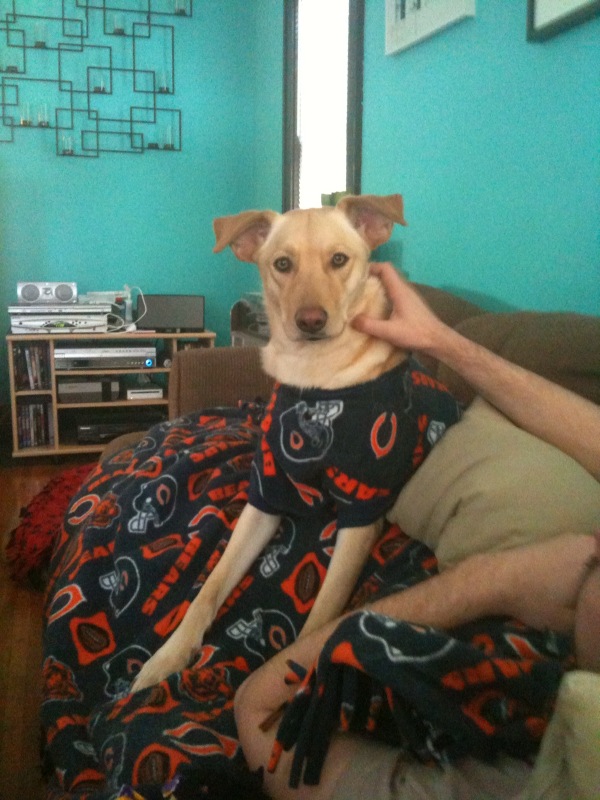 My condolences to the wifepiece and all the Bears fans out there worldwide.  Believe me, I feel your pain.  The only things about this Superbowl I am really excited about now is the crockpot food, new commercials, and Wiz Khalifa becoming a trillionaire off of “Black and Yellow.”

On the brighter side of things though, I’ve got some brand new exclusive Sims audio and visual heat rocks for you.  First off, the good people over at Absolute Punk have just posted a brand new track track off of Bad Time Zoo called “Radio Opaque.”  Go over to their site to exclusively stream the song (in the music player in the middle of the page).  Shouts to the big homie Plain Ole Bill for adding cuts to this one.  Lavabangerz 4 Lyfe.  One of my favorite joints off the record.

If that weren’t enough to get excited about, below you can watch the promo video for the release show that is going down on Feb. 19th at the Fine Line (cop tickets HERE).  That track you hear in the background is the instrumental to a song called “Good Times” off the album, and it is probably one of my all time favorite beats that I have ever created.  Check it out.  Shouts to Young Baby Ander Other for once again crushing out another awesome yet informative video.

In other Sims news, we just got the CDs back from the plant on Friday and they look absolutely incredible.  We’re working on putting together another video to really show you how crazy things are, but in the meantime here are a couple pictures that Sims snapped.  The album comes with an origami style poster that you can cut out (with your handy BTZ boxcutter!) to create three different animals.  Check this out: 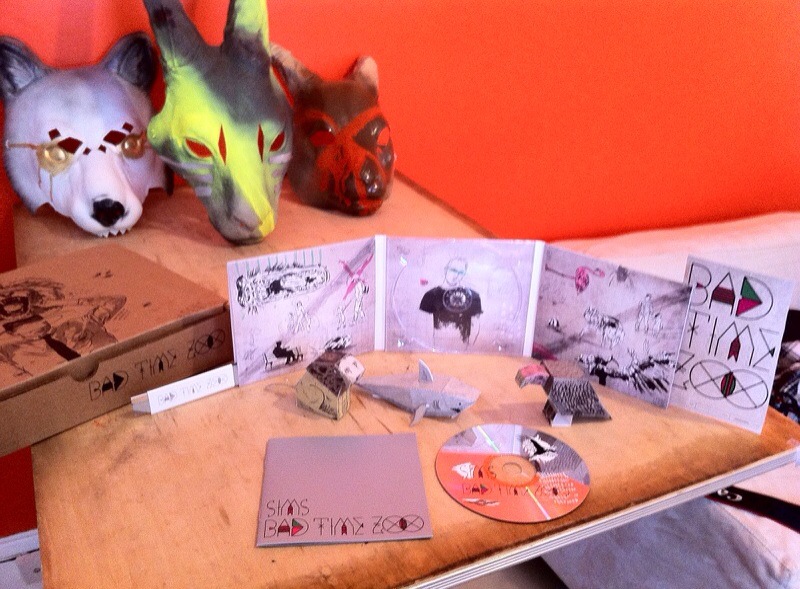 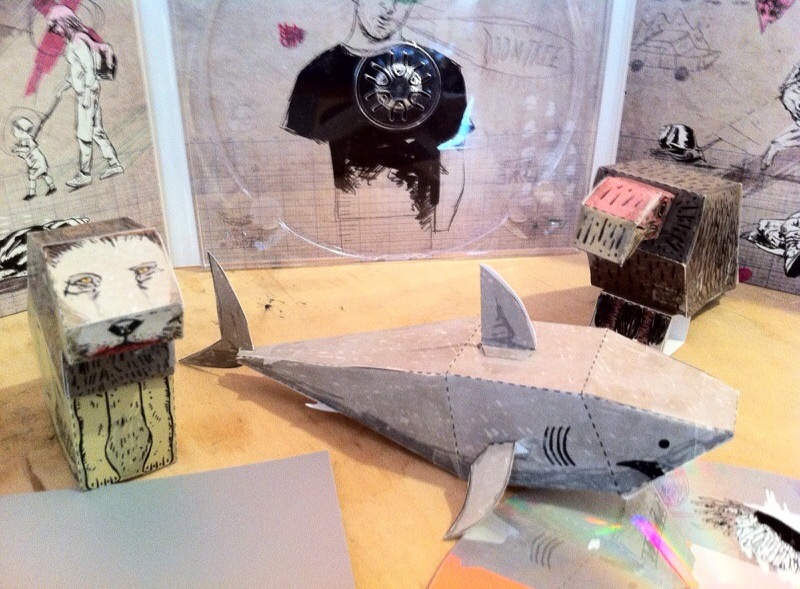 UNREAL.  Our good friend Adam Garcia is responsible for creating this mindblowing artwork.  You can check out some of the other ridiculous stuff he’s worked on HERE and HERE.  And as always, you can pre-order the album and all of the numerous free bonus items that come along with that purchase right HERE.

For the rest of the post I figured I’d catch you up briefly on what the rest of the crew has been up to.  Dessa just played a huge show on Sunday that was being taped by our local PBS channel for an upcoming live show documentary.  She was commissioned to perform 30 minutes of brand new material at the event.  You can read about the new songs and check out photos from the show HERE, HERE, and HERE.

Cecil played a big show on Friday at the Cabooze with his live band and the kid Ander on the backup raps.  You can go HERE to check out some great photos from the night.  Dude is hard at work finishing up Porcelain Revolver, and judging from the new beats he played me last week, this one is gonna knock extremely hard.

Stef and Mike are both out in sunny Los Angeles working on their respective next solo albums.  So jealous.  Here’s a picture Mike sent over to infuriate all of us that are living in below zero climates. 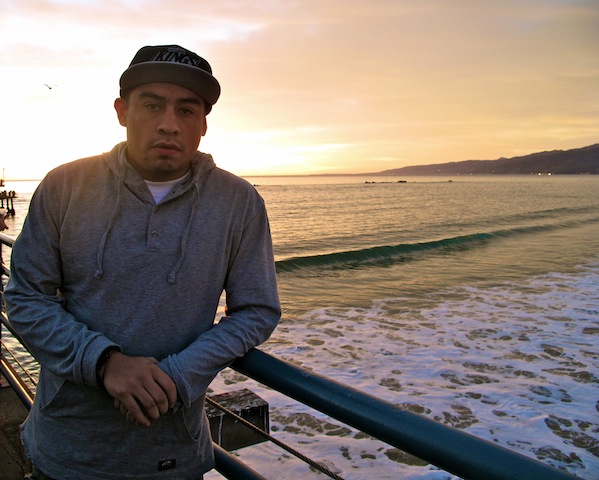 And here is his portable studio set up for vocal tracking. 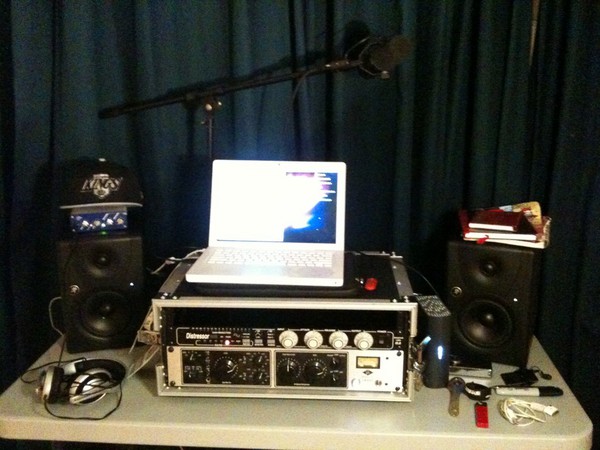 Stef is actually out recording with Andrew Dawson.  Andrew is a good friend of ours from back in highschool who just happened to become one of Kanye’s engineers over the years (I still can’t believe that really happened).  He actually played a big role in the making of ‘Ye’s latest album.  You can check out a really cool interview with Andrew about that whole experience HERE.  Sounds like things are off to a great start with tracking.  Stef shot over these pictures last night. 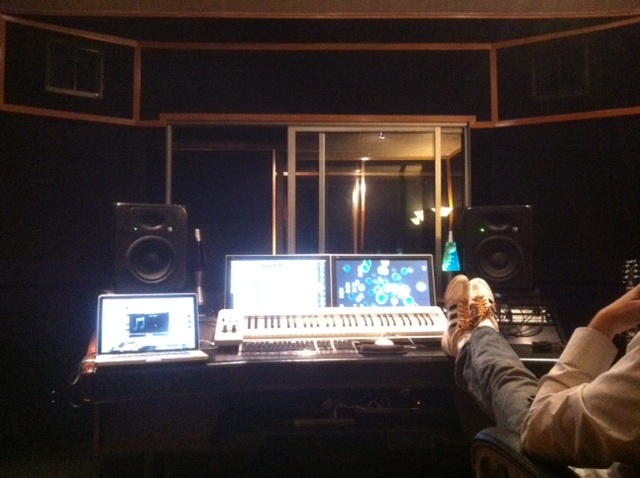 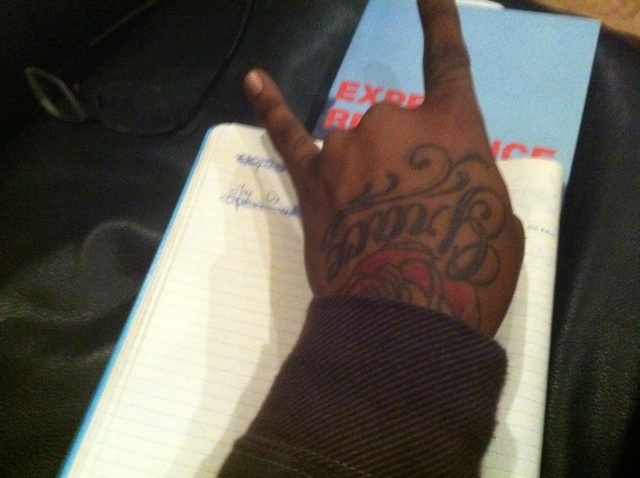 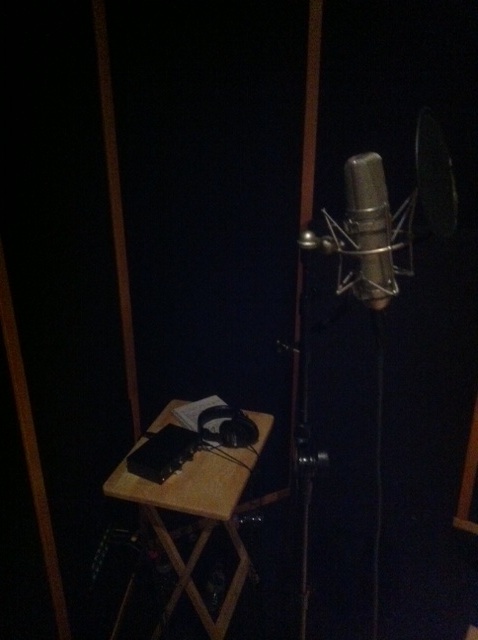 Can’t wait to hear what these dudes are coming up with.  Man I need to get out there not now but right now.

Paper is holding down the east coast Doomtree contingency for us.  He’s out in NY DJing and doing design work.  And I know him and Dessa are quietly starting work on her next full length.  So pumped about that.  Here’s a shot of him from his rooftop in Brooklyn. 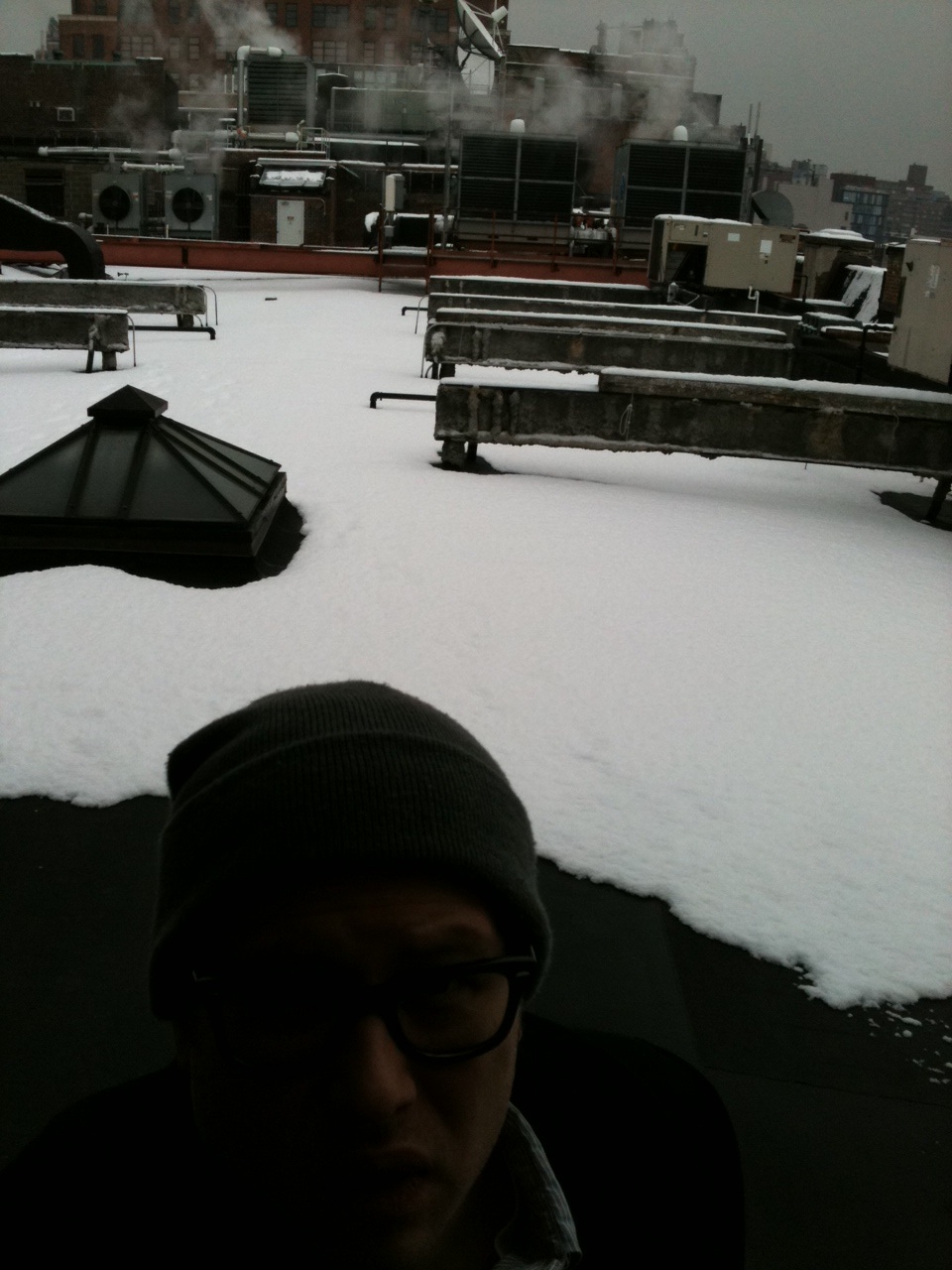 I played a show on Saturday at the Turf Club with the Ensemble of Legendz.  We had an awesome time, even if I did drop my guitar into a full glass of water while attempting to demonstrate the No Dance.  So not pro.  That’s either a sign that it’s time to retire the No Dance, or time to invest in a guitar stand.  Hard to call it.  You can check out photos HERE and HERE.

Now that you’re caught up to speed, the whole crew is converging back on our home turf this weekend to play a big show in Duluth, MN.  It’s going down Saturday night at Clyde Iron Works (which looks like a really crazy nightclub from the outside).  All seven members performing.  Come through if you’re in the area.

Other than that, it’s pretty much Bad Time Zoo mania all day everyday until the album drops on the 15th.  For now I’ll leave you with a few Bonus Jams.  The first is by James Blake.  He’s from the UK and put out a couple hyped up EPs last year that focused more on production work.  This year he’s dropping a full length though that he sings all over.  I got a chance to check out a leaked version and it is pretty stunning stuff.  First time in a long while that a new record made me pull over the car to just sit and listen to it.  This first single I believe is actually a Feist cover.  Anyways, the real album comes out in a few weeks and is definitely worth checking out.  The second video is another late 90’s R&B throwback that came on the radio the other day.  Donell Jones “U Know What’s Up.”  Hadn’t heard it in forever and it still holds up 12 years later (R.I.P. Left Eye).  Gonna have to pull this album out again to see if it’s one of those Carl Thomas situations, haha.  OK, I hope you have a great week.  See you next Tuesday.