Hey! Welcome back to another Tuesdays With Lazerbeak. Big news today: Dessa just announced her Minnesota Record Store Mini-Tour! It all goes down on June 25th, when Parts of Speech is officially launched out into the world. Four appearances and three cities in under 24 hours! Check it out: 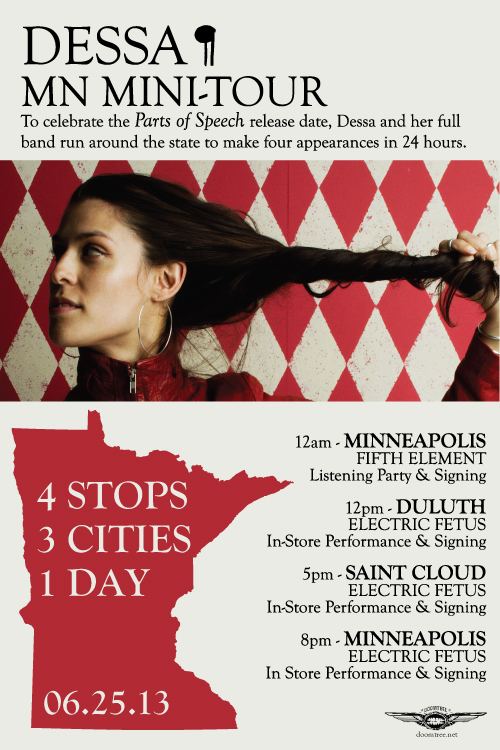 BAM. For those of you who missed out on tickets to the two beyond sold out release shows, this is a great opportunity to still see some live music and celebrate Parts of Speech hitting stores. Oh, and don’t forget about the pre-order going on over at the Doomtree Webstore (standard version now available at Fifth Element HERE). Only a couple weeks left and the deluxe limited red vinyl is getting dangerously low. If you want one of those I’d act now. Click the image below for all the info. 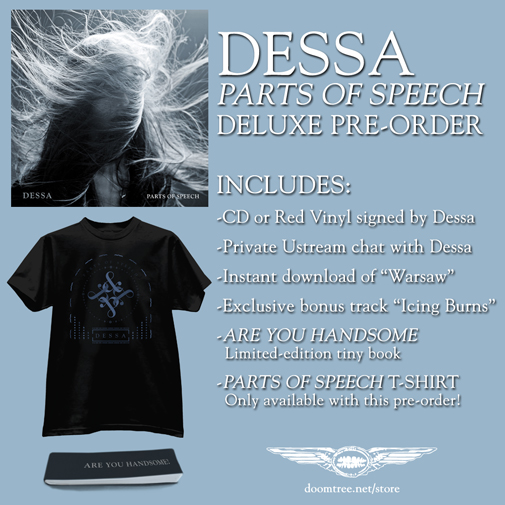 In super awesome music video news, Mixed Blood Majority just released our first ever video from our self-titled debut album. 2dopeboyz was kind enough to premiere “Story to Tell” on their site last week, featuring guest raps from our ultimate homie Toki Wright. Huge shouts to PCP and Joe Horton for all the help shooting, directing, and editing this thing in record time. Check out “Story to Tell” below, and spread the word if you can. Happy May Day!

Speaking of sweet new music, our very own Paper Tiger just dropped another single off of Fearless Beauty, his upcoming project with F. Stokes. Between producing the first two Dessa singles and now these Stokes songs, Papes is absolutely crushing it right now. Total killer. Check out “1954” below:

Now that we’ve gotten through the main headlines, I wanted to do a quick photo recap of this past incredibly TYTE week that I just had. First off, I have to give a huge shout to Cam’s mom for making the trip up from Chicago to hang out and help out with Penny all week. Haven’t been out this much in who knows when. Things kicked off on Tuesday with the sweet Father John Misty show at First Ave (picture courtesy of TYTE JEFF). 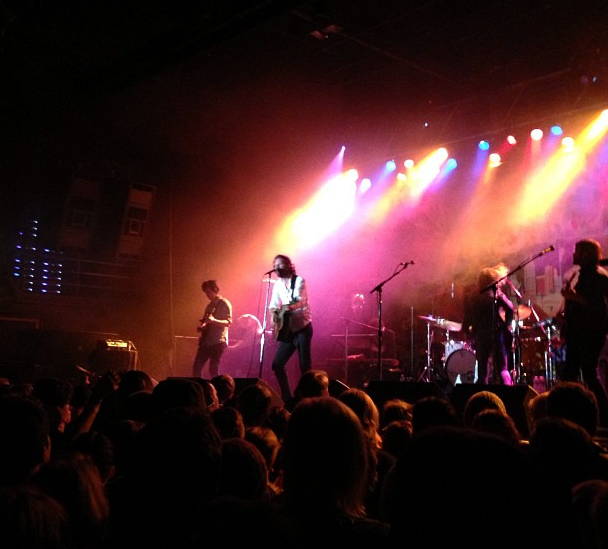 My Official Lazerbeak Review: they put on a great show and that bass player is currently one of the best in the game (high bass and slap bass not withstanding). Their only shortcoming was covering a Beatles song in the encore. Extremely reminiscent of when Boyz II Men covered a Goo Goo Dolls song at the State Fair a few years back. Some things just look better on paper I guess. 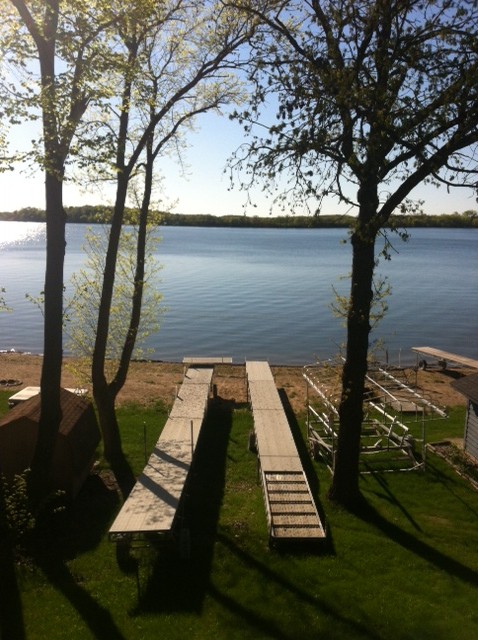 On Wednesday Cecil and I headed up to his mom’s cabin to work on some new collabo beats. We’ve been getting up for a couple hours every week since the beginning of the year to hammer away on stuff, but this was our first time really setting up shop and taking some time with it. 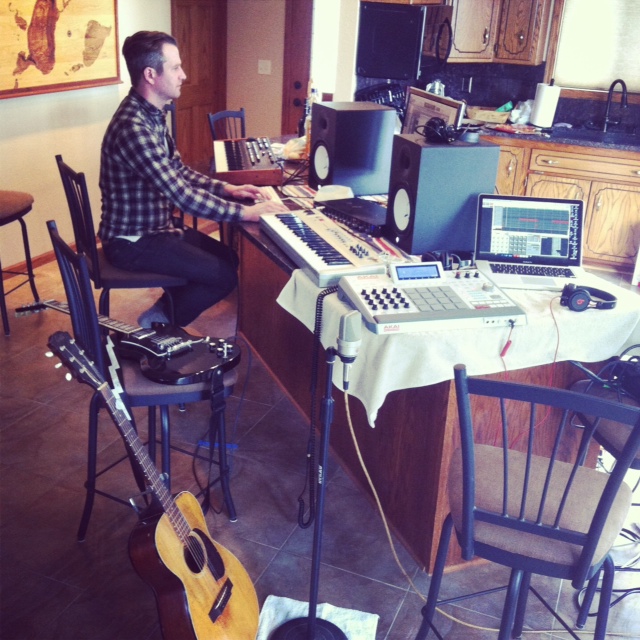 We transformed that kitchen counter top into a power studio space in no time, and 36 hours later we had 7 BRAND NEW MONSTER COLLABOS on our hands. So much fun. Here’s a picture of our celebratory final meal. Steaks and Buds. Simple men. 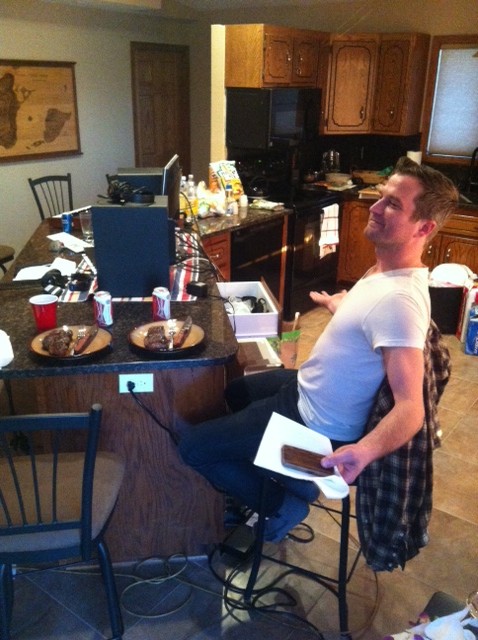 On Friday Doomtree played at Carleton College’s annual Spring Concert in Northfield. The real kicker: we were listed as direct support to SMASH MOUTH!!! Hahahaha, never in my wildest dreams did I ever think our two bands would ever be mentioned in the same sentence, let alone cross paths and share the same stage. Here’s Stef and Cecil trying to make sense of it all during “Walking On The Sun.” Huge shouts to Carleton for having us. I will never forget that night. 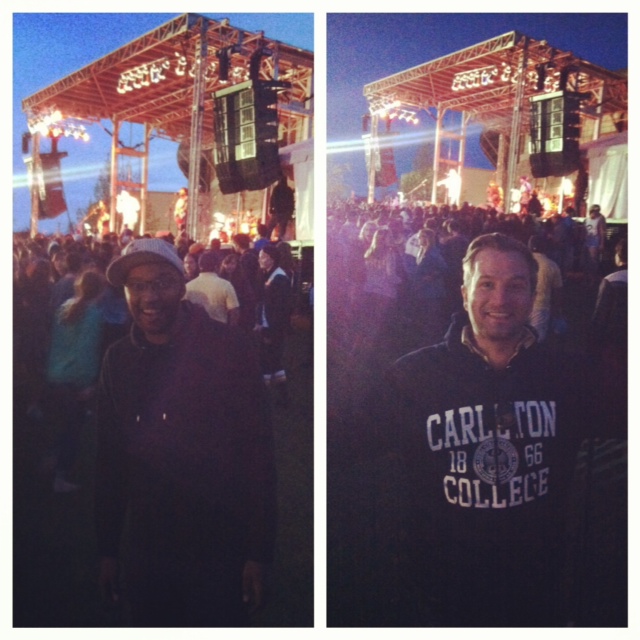 The very next morning I met up with Alexei and Joe and headed out to Shakopee for the sixth annual Soundset Festival. Maaaaan, this fest has grown so much over the years. There was a reported 28,000 people in attendance this time! So crazy. Had the pleasure of headlining the Fifth Element stage this year with Mixed Blood Majority. Here we are performing “Story to Tell” with Toki (picture courtesy of Chris Riemenschneider). Shouts to RSE for having us. 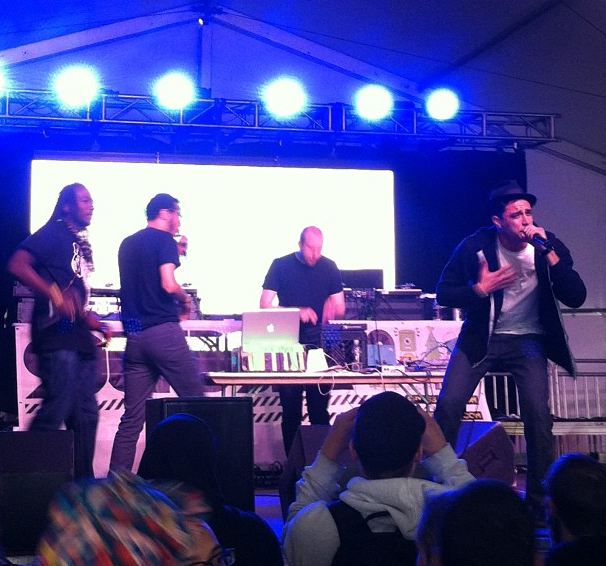 So yeah, pretty cool week. All of that was just a warm up though for what is popping off today. It brings me great joy to announce Penelope Marlo Mader’s first birthday!!! HBD Young Nelpz! 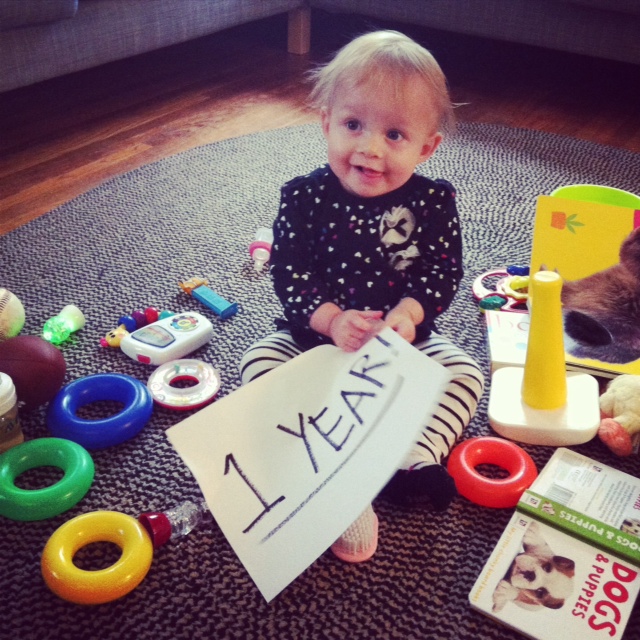 Can’t believe it’s already been a whole year since this crazy kid entered our lives. I just re-read the TWL post from when she was first born (HERE if you’re interested) and it’s truly insane to relive that time period. Hard to imagine she could go from this: 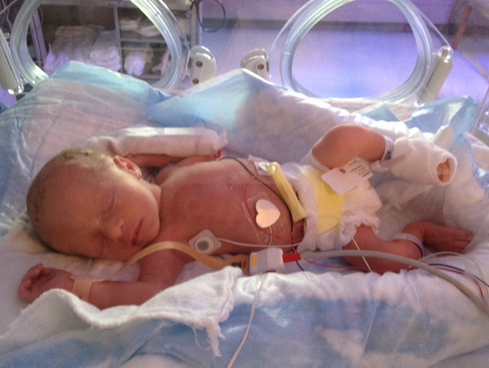 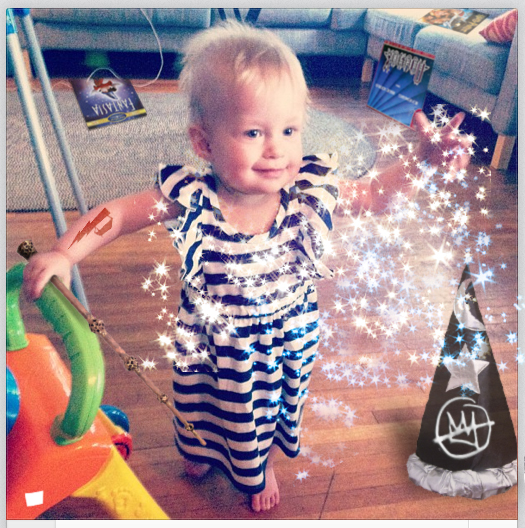 Shouts to Arlo on the Photoshop. Anyways, craziest/awesomest year of my life hands down. And that’s coming from a guy who was pretty sure he’d had quite a few crazy/awesome years leading up to this one. Happy Birthday P! We love you so much. Here’s one more ridiculous Bonus Photoshop Pic sent in from Kyle Norris for good measure. Bearded Penny parting the Red Sea. Sure. 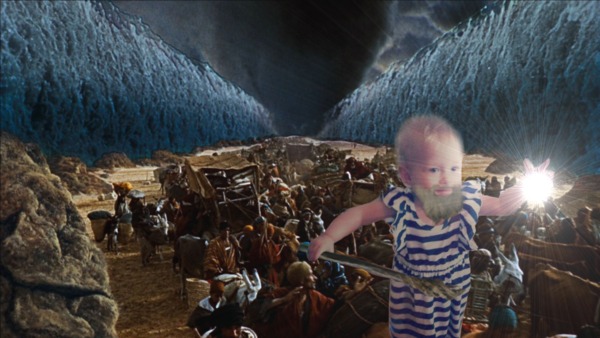 Incredible. Alright, that about does it for this post. I hope I’ve kept up my end of the deal this past year and not turned TWL into a full on baby blog. Trying my hardest to just keep it to the bottom. Keep me in check though if it ever gets too out of control. I hope you all have a wonderful week, and I’ll see you next Tuesday for sure!