Oooooooookay, welcome back to the first Tuesdays With Lazerbeak post since Blowout 9 Week! Oh man, that was kind of insane in the best way possible. If you missed it (or just want to relive it), you’re in luck. The unstoppable force that is director Chris Hadland and editor Jay Anker were both on hand every night to capture footage and turn in Blowout Recap Videos each following morning. Check out all four Blowout video recaps below! 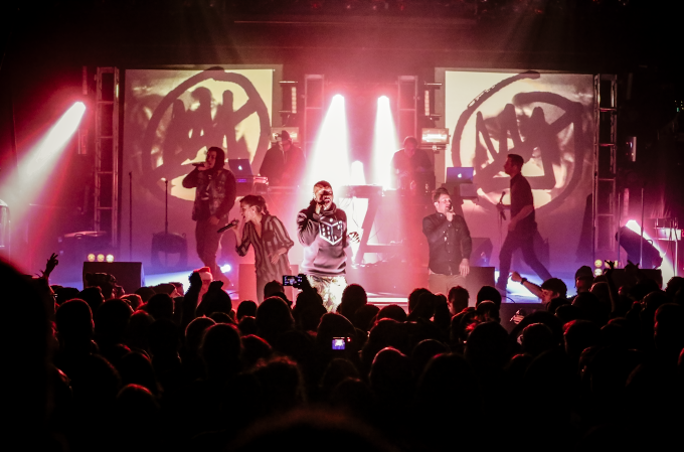 There are so many meticulous details that go into planning the Blowout each year. We usually start brainstorming way back in August or September, and then slowly chip away at what we can do to make each year different from the past. It takes so many amazing people that you’ll never see on stage to actually pull this event off every year, and I’d like to take a little blog time to acknowledge and profusely thank everyone that worked so hard this time around. Kinda feel like I’m at the Grammys and they already started playing the exit music, but this is absolutely necessary. Bear with me.

– To Randy Hawkins (front of house) and Miles (monitors), who spent the whole week working out our new wireless in-ear systems and getting the whole crew up to speed so that the sound could be better than ever. And to Jay Pearlman, who did sound at the Triple Rock and navigated everything like a pro. You guys crushed it. Oh, and to Shure for the sponsorship which allowed us to have all this new gear in the first place.

– To Plain Ole Bill, who worked his ass off helping us re-craft the sets this year and switch things up (he’s the reason why we had those cool solo Megamixxes this time aournd). And for being our eye in the sky, pep talk giver, and note taker each night. You are the best.

– To Joe Mabbott, who fit us into his schedule super last minute in order to mix the new tracks and master all of the sets, even though The Hideaway Studio was booked out for like three months in advance.

– To Paul “Arlo” Guthrie, who flew in from Nashville working with Lady Antebellum just to do an amazing light show for these four concerts. I should also mention he spent his birthday on Sunday working for us, just to catch a flight at the crack of dawn to hop back on tour. Everything looked insane.

– To Matt and Hal from Playatta, who created all the totally nutz vizual projections and live mixed everything on the two back screens each night. You brought the stage presence to a whole ‘nother level.

– To Mary Thayer, our in house publicist who had the worst job in the world handling our enormous guest list each night. Hundreds and hundreds of emails and change ups for the last three weeks straight. A completely thankless job, and she did it without ever complaining once. Priceless.

– To Sonia, Conrad, and the entire staff at First Avenue, for being so good to us over the years. Never felt more at home in a venue than I do at First Ave. And to Zartan and the entire staff of the Triple Rock for letting us come in and do an all ages show for the kids, even though it meant they wouldn’t make any bar sales. Felt great to play that room again. You guys rule.

– To Zoe Prinds-Flash and Ben LaFond, who took pictures all night every night and made sure they were in my inbox early the next morning to post in the recaps. Killed it. Shouts to guest photographer Emmet Kowler as well, who shot on Saturday night.

– To Chris Hadland and Jay Anker, who basically did not sleep for 94 hours in order to film and edit four totally different recap videos. Sooooo good. They’ve got one more long all inclusive video they’re working on now, which we should be able to debut next week. Glad we could get the gang back together a year after Team The Best Team dropped.

– To Vita.mn, The Current, and 2 Gingers for sponsoring the event, getting the word out, and providing a lot of free whisky backstage. It was all incredibly helpful, and we really appreciate the support.

– To Ander Other and Crista Bell, who worked in the freezing cold to organize all of our merch and get everything ready to sell each night, then took a quick break and went right back in and sold it all. Shouts to Sarah Schatz and the other merch people as well. We generally have upwards of 60 items on the table each night. That job is complete madness.

– To our special guest artists: Aby Wolf, Crescent Moon, I Self Devine, Har Mar Superstar, Greg Grease, and Astronautalis. You are all total pros and incredible people. I’m so glad we live in a city where pulling something like this off is as simple and painless as a few texts and a soundcheck. You all completely crushed it.

– To our charity partners: Kicker Project, Tubman, Southside Family Nurturing Center, and True Food Chef Council. Each year we donate 10% of Blowout proceeds to various local charities. Happy to have all the guys on board this time around.

– To all the local press that covers the Blowout every year and continues to support this thriving local music scene. It’s a huge part of why so many people come out and watch local shows. Read some Blowout  show reviews from the Star Tribune and City Pages HERE and HERE.

– To everyone who bought a ticket and came to any one of the Blowout nights, even though we’ve been doing these shows for 9 years and there are always a million other awesome things to go do in this city. We sold out all four shows, and played to over 5,500 people last week, in Minnesota where temperatures got below zero. I’ll never get over that. THANK YOU.

I’m sure I’m still forgetting tons of people right now. Just wanted to really point out that it goes so much deeper than just the seven of us clowning around on stage. We are truly grateful to have the opportunity to work with so many awesome folks. 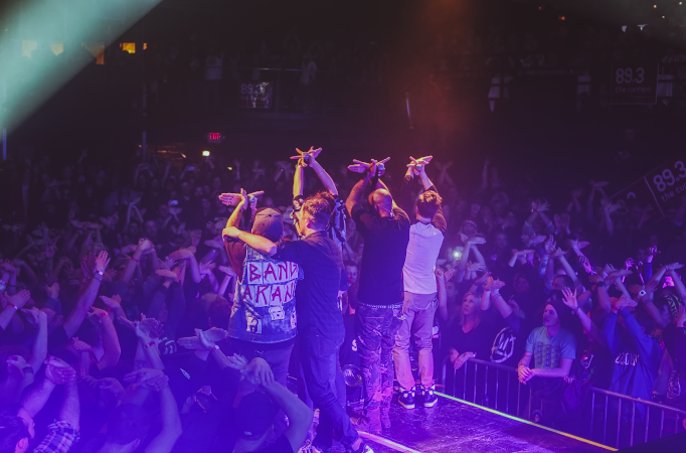 Alright, that does it for the super sentimental Blowout recap portion of this post. 2013 is not totally over yet though, and there are still a few more Doomtree-related events to get into before the New Year.

This Thursday the 19th, Dessa will be appearing at the live taping of the NPR-syndicated show Wits, with actor and co-guest Jason Ritter, and host John Moe. There are still a few tickets left for this event at the lovely Fitzgerald Theatre. Grab them HERE. 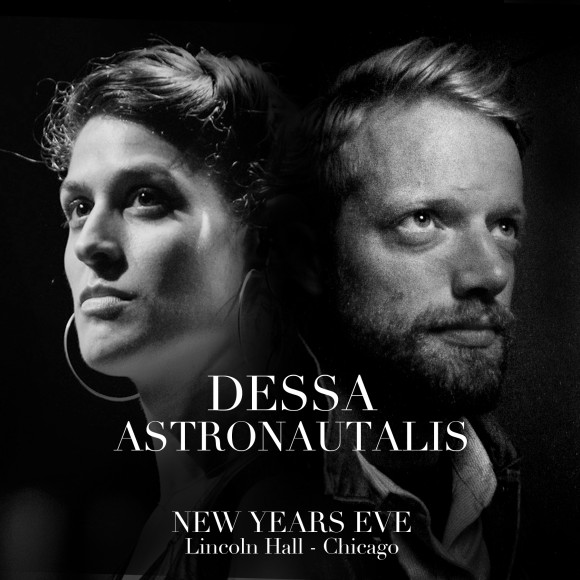 Then on New Years Eve, Dessa will be down in Chicago playing a show with Astronautalis at Lincoln Hall. Tickets are available HERE. 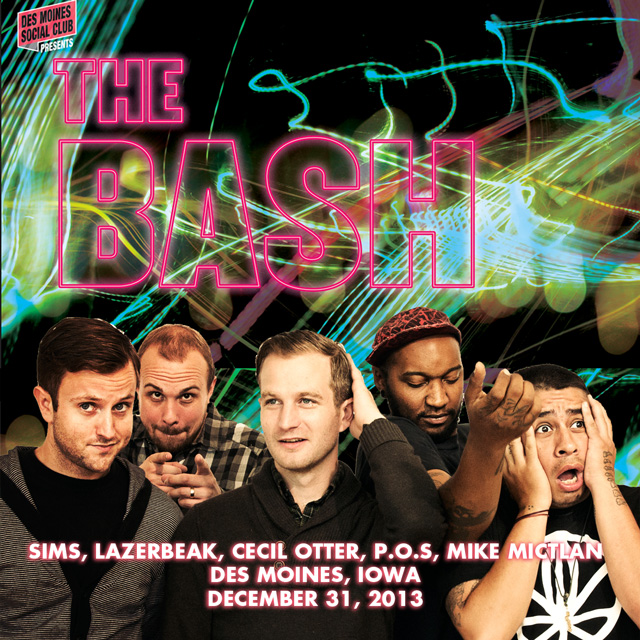 That very same night The Men of Doomtree (minus Papes, who will be there in spirit) play something called The Bash in Des Moines, Iowa. Sims, Cecil, Mike, Stef, and myself will be at the Des Moines Social Club all night, so if you’re in the area, definitely come help us pop bottles. Tickets are available right HERE. 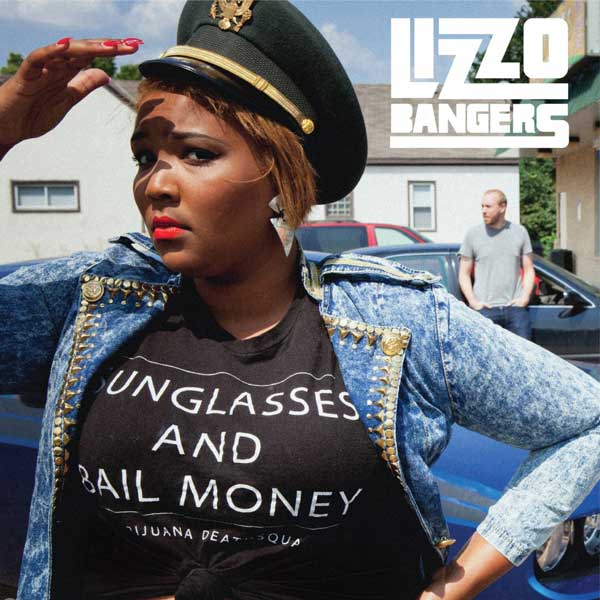 And if you’re nearby Minneapolis, don’t forget about the official LIZZOBANGERS album release show on December 28th at the Triple Rock. Lizzo and I will be celebrating the end of a great year and playing the whole album live, plus Plain Ole Bill and I will opening up the show with a very special LAVA BANGERS set (the second one that’s ever happened). The whole reason why I ended up working with Lizzo in the first place is because of LAVA BANGERS, so this is like a perfect Circle of Life scenario. This night is going to rule SO HARD. A handful of tickets are still available right HERE.

Alright, that should about do it for this post. I’ll leave you with a couple Bonus Penny Pics to wrap it all up. Here she is as happy as can be over at my mom’s place. All Toys Everything. Craziest kid ever. 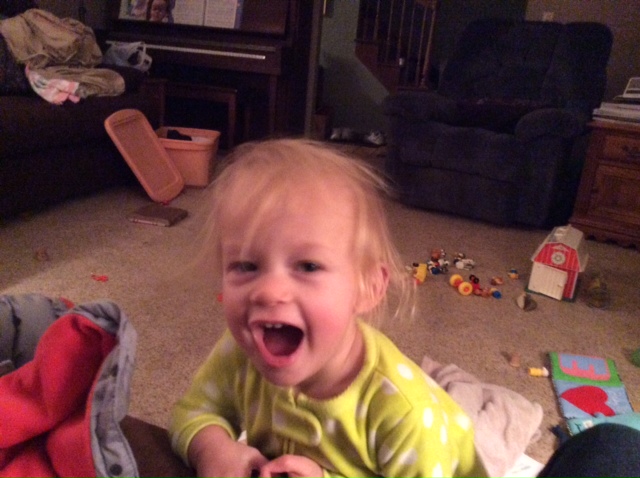 And here she is getting busted breaking into the cupboards and trying to steal all of the peanut butter for the millionth time this month. Nice try, P. 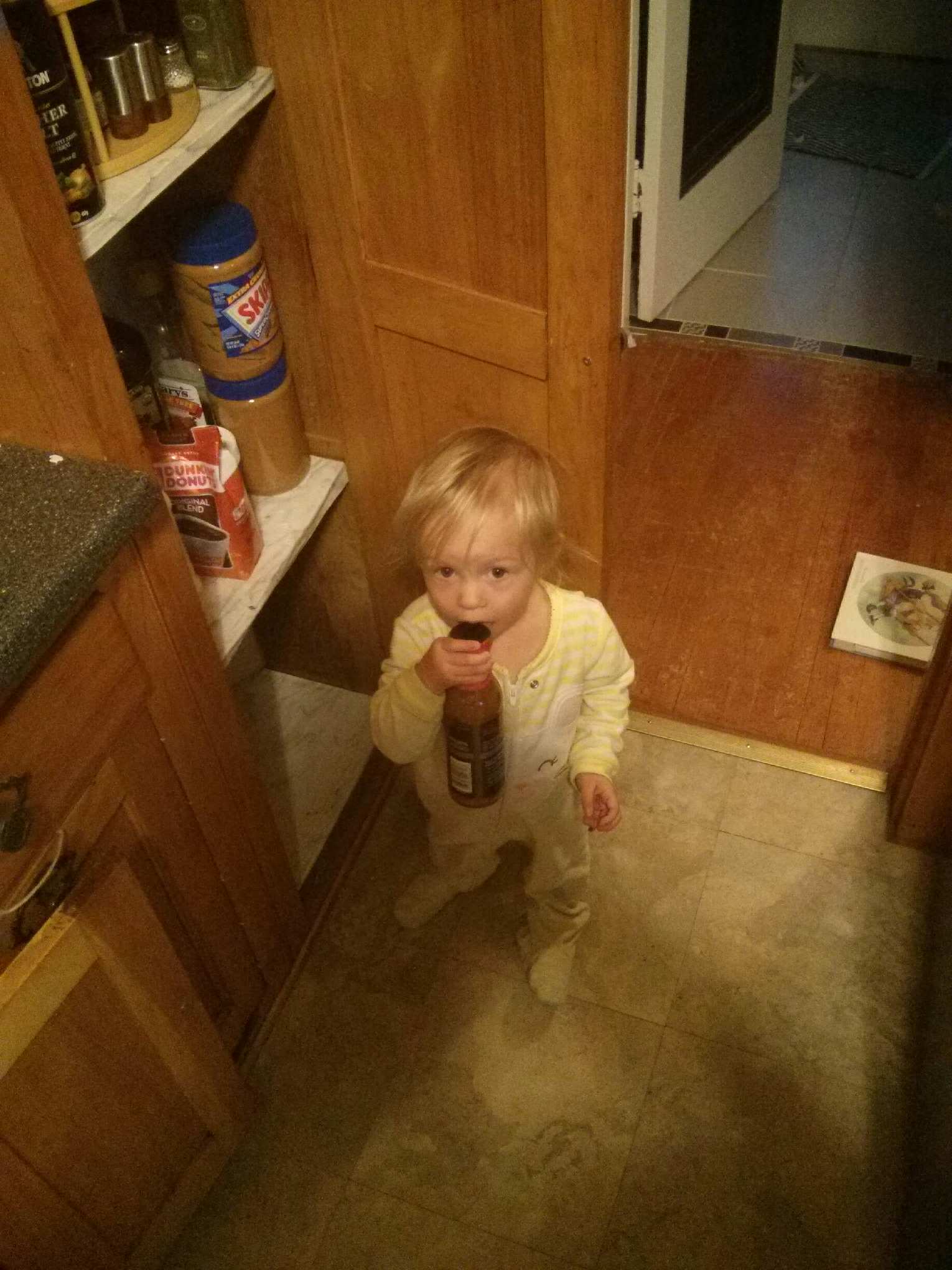 I wanted to say a quick special final Blowout thanks to Sarah, for the awesome knit hat and headband that she made for Penny, and Fernando, who brought back a dress all the way from Mexico for Young Nelpz. You guys are the best. Penny is totally decked out in the finest threadz now. ‘Preciate you guys!

OK, I hope you all have a wonderful and as relaxing of a week as possible with the holidays looming overhead. I’ll see you next Tuesday for sure!