So here’s the deal: I’ve wanted a TWL shirt for a really long time, but had no idea what to put on it. Then a few months back, while on vacation in New Orleans, I had a vision in the shower: Make a list of all your favorite things in the whole world and get your great friend Matt Scharenbroich to draw all of them hanging out together in one place! Pretty much all the stuff that I talk about here on a weekly basis, from the actual human beings that I love and create music with, to my favorite celebrities and fruity malt beverages.

That’s why I have Doomtree, TPC!, Lizzo, and Mixed Blood Majority hanging out with Luther Vandross and Hall & Oates; Drake and Joakim Noah hanging out with Domino’s Crunch Lava Cakes and LAVA BANGERS shots; Denzel and Nic Cage and The Killers and my pregnant wifepiece and Penny and towels and Camrys and nachos and pizza and Della The Dog and Plain Ole Bill and Arson Only and Finding Nemo and Rodney Atkins and F. Stokes and Guy Fieri and Mike’s Hard Lemonade and on and on!!!

Here’s the t-shirt version that you can grab HERE: 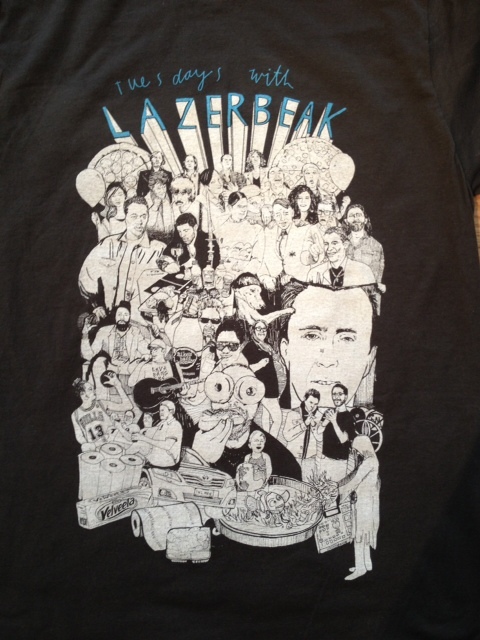 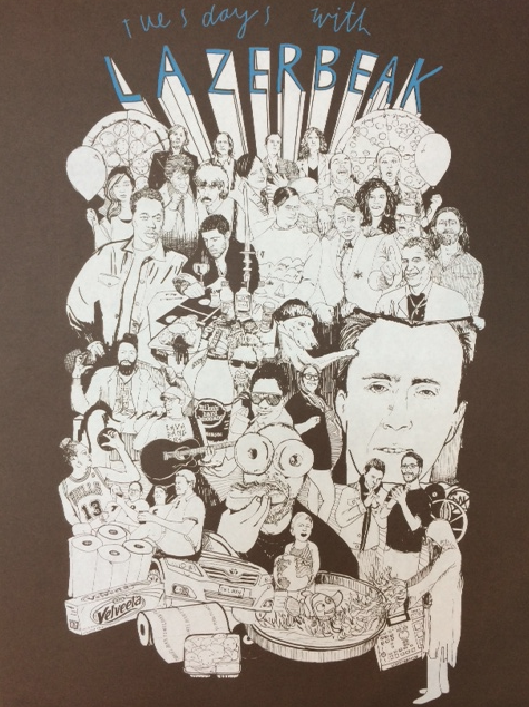 INSANELY PUMPED ABOUT THIS DESIGN. If you do read the blog on a semi-regular basis, I hope you’ll consider picking up a shirt or poster. Just think of it as something of an annual subscription fee. I’ve never put up a “Donate” button on the site (because that is the worst), but I do spend hours every week putting this blog together, and selling a few shirts/posters will not only put a couple bucks in my pocket, but also validate the fact that anyone reads this thing in the first place. Again you can grab a shirt or poster right HERE. Truly appreciate you!

We also have a bunch of new Blowout 9 related merch available in the Webstore for the very first time, including these brand new Doomtree scarves, perfect for braving the current -40 degree windchill. Just click the pics below for more details on each item. 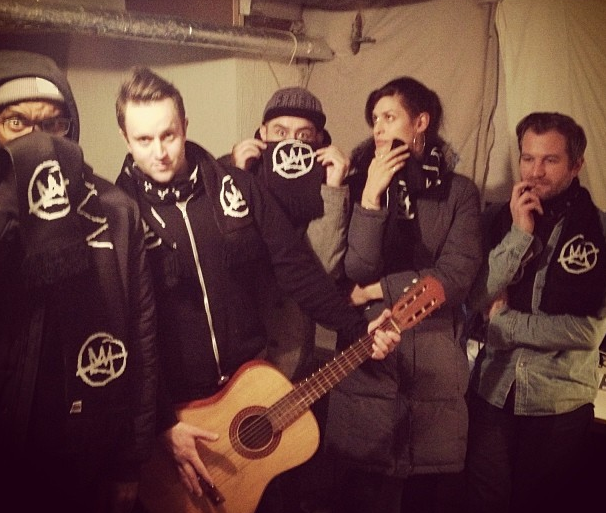 Here’s the extremely limited official Blowout 9 t-shirt, designed by our very own Paper Tiger. These won’t be manufactured again, and once they’re gone, they’re gone. 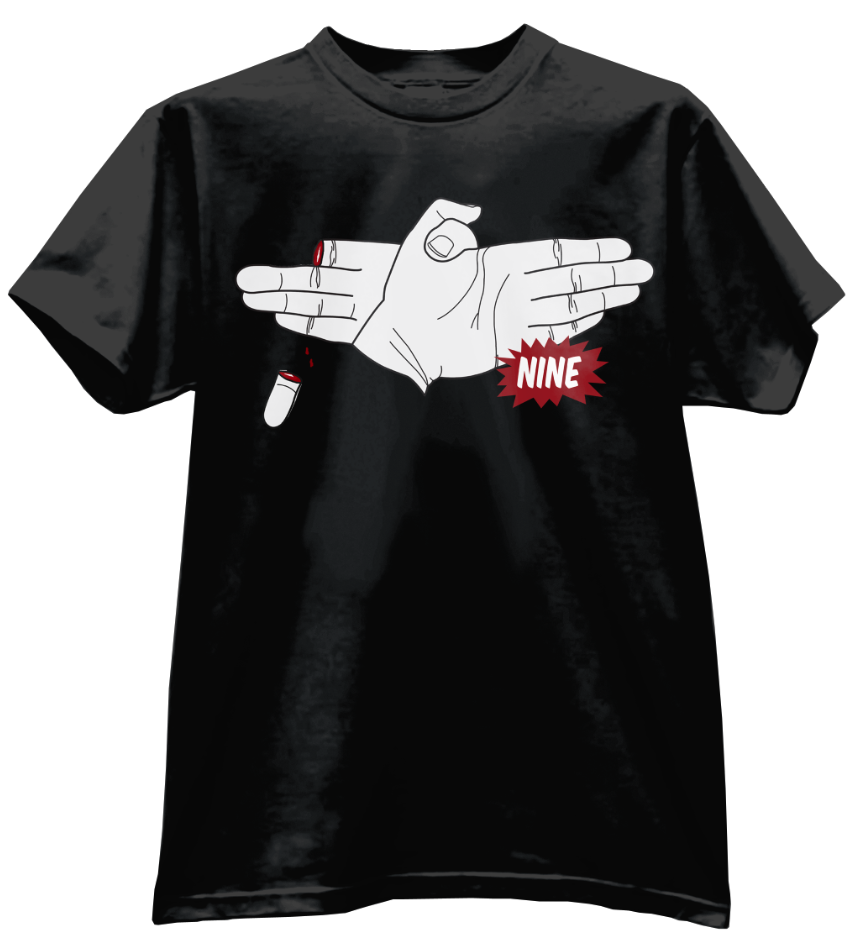 Same thing with these official Blowout 9 screenprinted posters, designed by Mike Davis and printed at Burlesque of North America. One crazy monster for every year that the Blowout has been in existence. Only 40 of these bad boys remain. 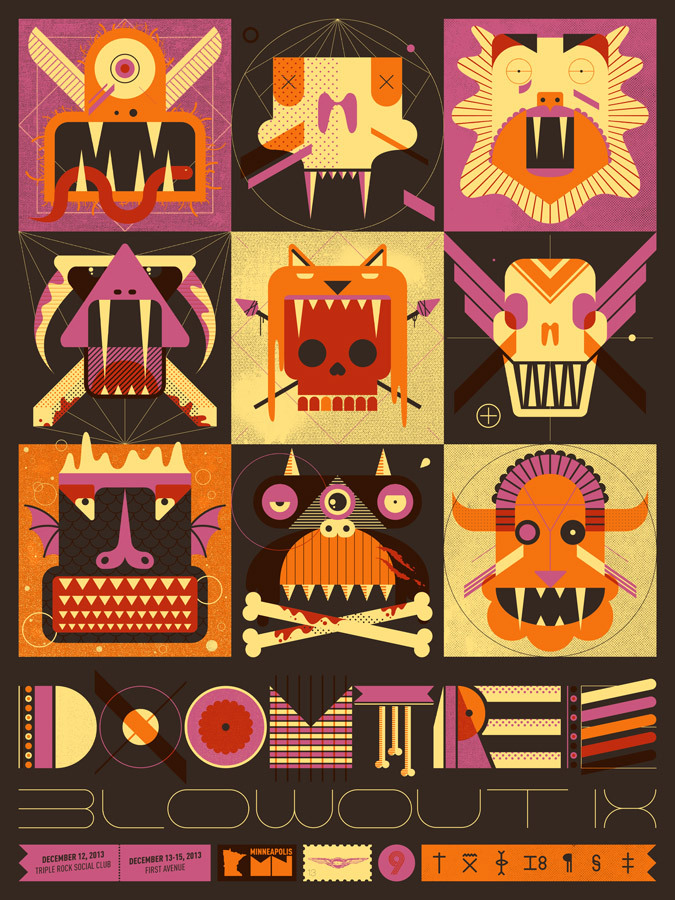 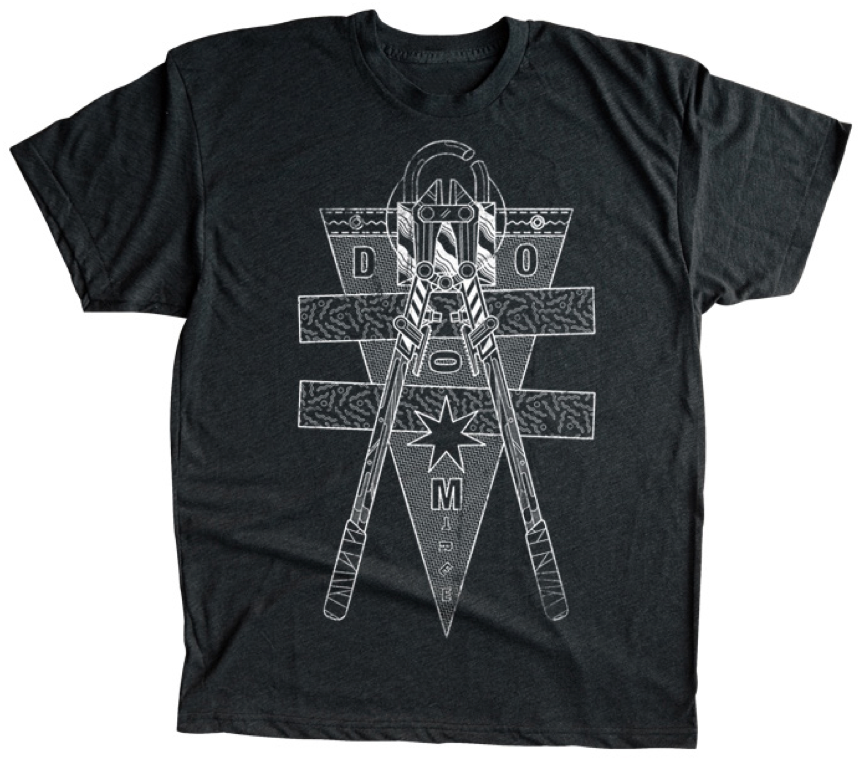 And the super limited Doomtree “Crust” shirt designed once again by our very own Paper Tiger. 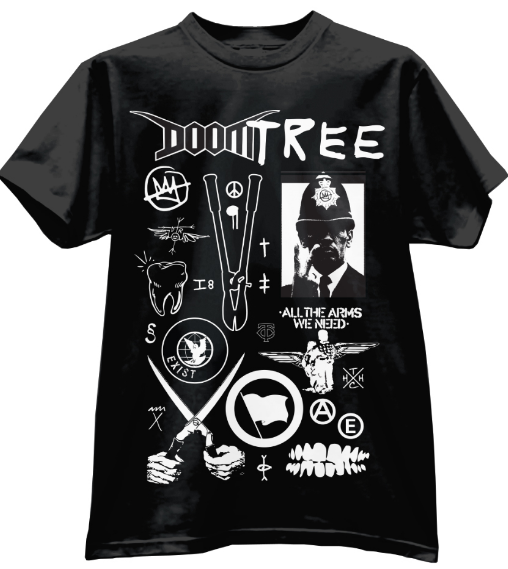 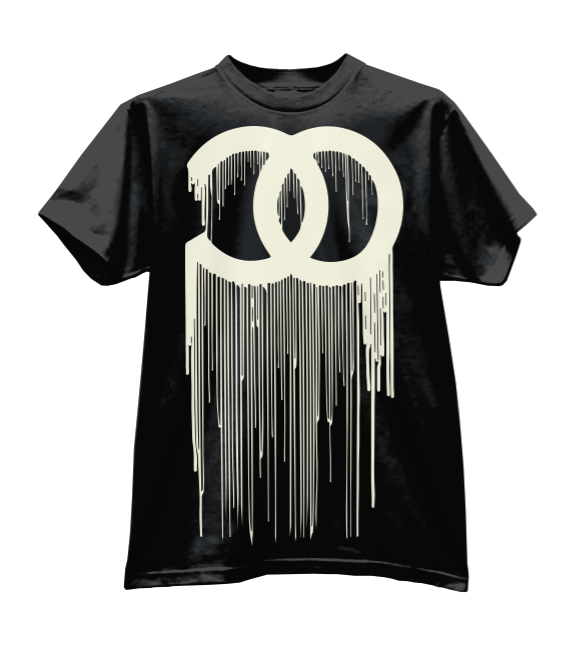 And the official Skeleton Key organic t-shirt that Dessa had on the road with her that last run. This is our first foray into organic shirts, and they turned out awesome. 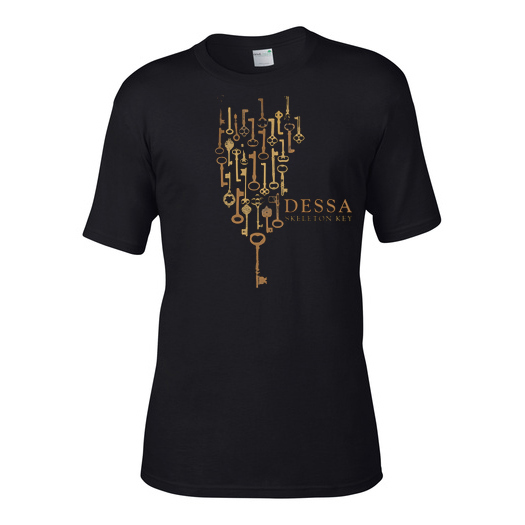 And lastly, after years of constant demand, we finally have our very own No Kings shoelaces! Haha, couldn’t resist. 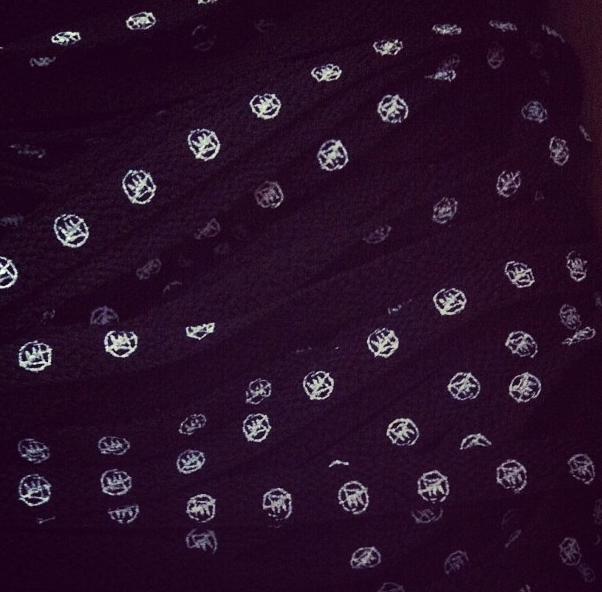 Alright, so there you have it: our first new gear line of 2014. Again, you can click HERE to head over to the Webstore and check out all the details.

There are a couple cool Doomtree-related events taking place in the next couple weeks. First up, Sims and Astronautalis are teaming up to play The Garage in Burnsville, MN this Saturday (1/11). This is a benefit show put on by the MN Music Coalition, with all proceeds going to the To The Bridge Foundation. Definitely a great cause and a great lineup. Details below. Grab your tickets HERE. 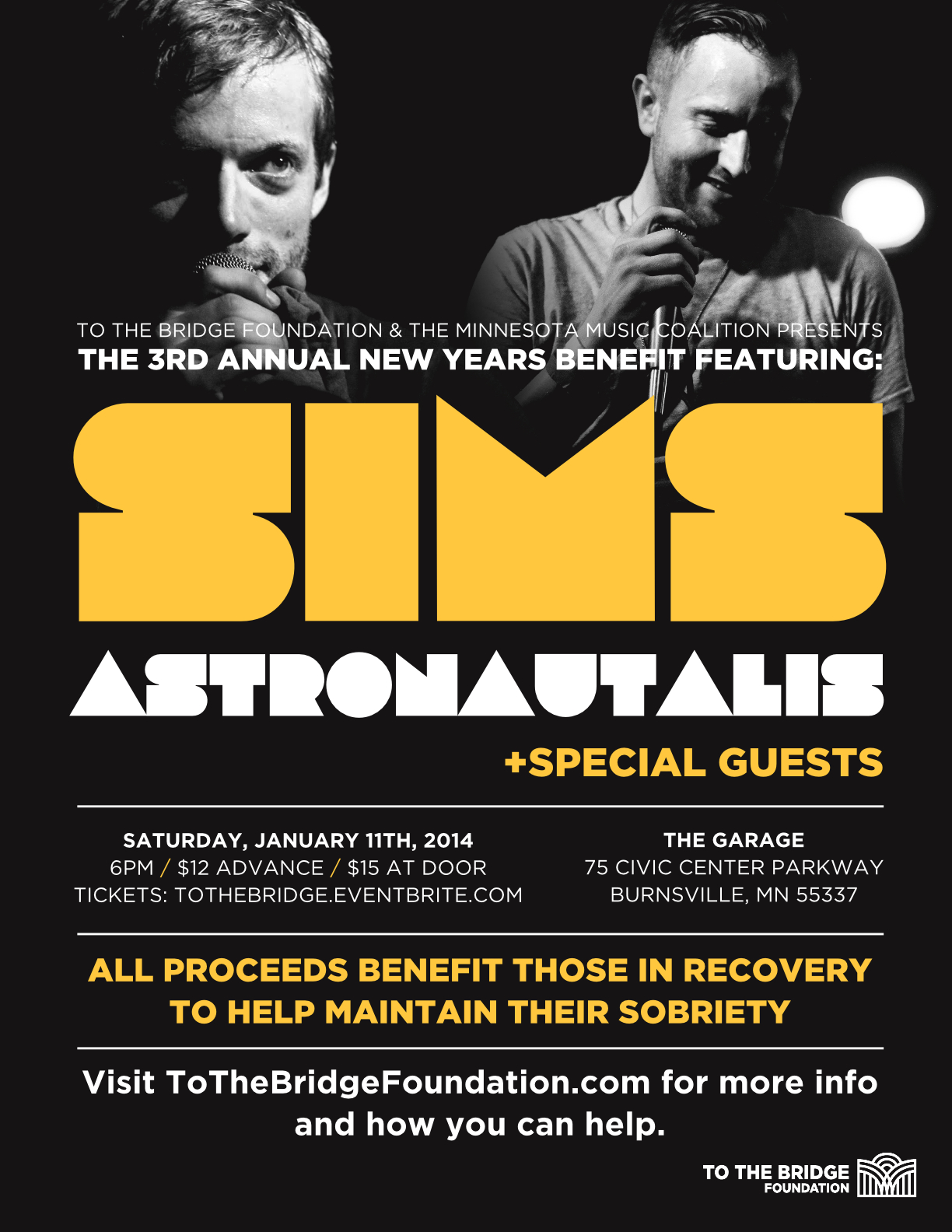 Then on January 28th, Cinema Purgatorio (the company that helped release Team The Best Team on all digital formats) will be hosting a special Team The Best Team movie screening in their hometown of Duluth, MN at Zinema 2. If you’re nearby you’ll definitely want to check this out, as it is only the second time the movie will be played in a theater. Details and ticket info are available right HERE, and don’t forget about streaming/renting/downloading TTBT online over at watch.doomtree.net! 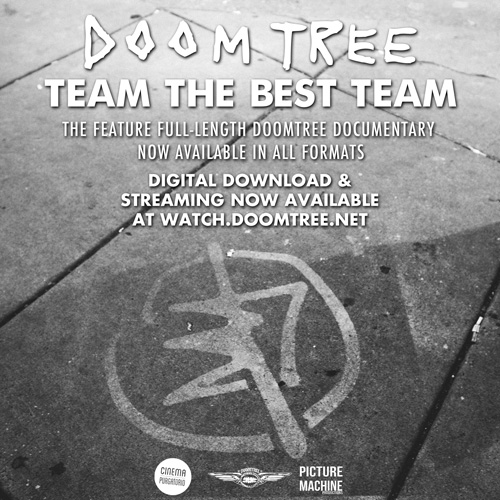 OK, that about does it for all the Doomtree news this week. Let’s get into a couple Bonus Jams today courtesy of none other than Stephen Malkmus. For those of you that don’t know, I was pretty much raised on early 90s R&B music, and also (through some strange twist of fate) the band Pavement. I heard Crooked Rain, Crooked Rain at the same time that I was still knee deep in SWV and Tevin Campbell tapes, and somehow something just clicked. This led to a head first dive into all things 90’s indie rock, which is why I got into playing guitar, which is where my first band The Plastic Constellations came in the fold, which eventually led to me making beats and my current musical “career” as we know it.

Anyways, I don’t know if I’ve ever liked a band or artist in the moment as much as I liked Pavement in junior high and high school (currently The Killers come close, but I’m old enough to know better). In 8th grade I wore a different Hi My Name Is sticker for four months straight with numbers counting down the release date of Pavement’s Brighten The Corners album, and that’s honestly probably not even anywhere close to the most embarrassing Pavement fanboy story I was involved in at the time. Let’s just say that I thought they were a good band and leave it at that.

So full circle: Stephen Malkmus was the guitarist and lead singer of that group, and he has now gone on to release even more albums as a solo artist than when Pavement was around. They’ve each been pretty all over the place, but I still check for them due to some strange loyalty I have for the man, and there’s always at least a handful of cool songs on each one. I don’t know if I’m just in a nostalgic mood lately or what, but for some reason I’ve really loved the two singles from this new album, and have been slowly getting SERIOUSLY AMPED for the thing to drop. The record comes out today, and I’m about to go grab it as soon as I’m done writing this. Just wanted to pay a little respect to a dude that I now realize is kind of the reason I ever got into making music in the first place. Here’s the two videos from Stephen Malkmus and the Jicks’ amazingly titled Wig Out At Jag Bags album, which you can grab on iTunes right HERE. Hope you (and I) like it.

BAM! That concludes this week’s Indie Rock Reminiscings section. I’ll leave you with a couple Bonus Penny Pics, since I skipped a week or two there with the Year In Review post. Here she is on Christmas morning rocking her best duds. Love this one. 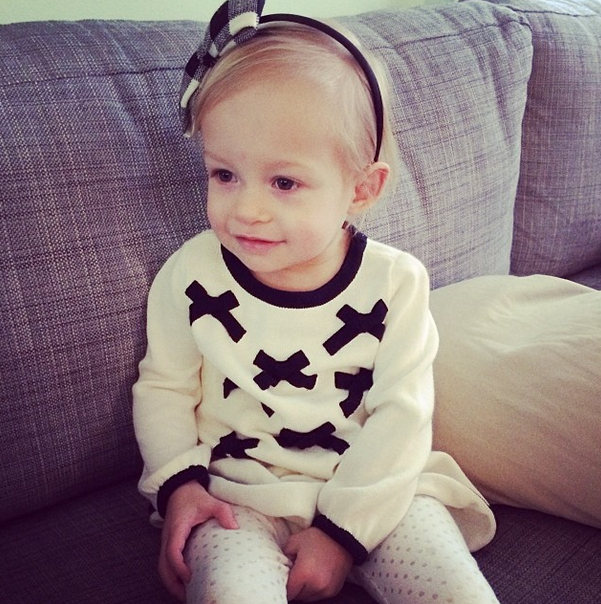 And here she is later on with her two crazy grandpas. I’m starting to draft a script for the pilot of this potentially hilarious sitcom scenario. 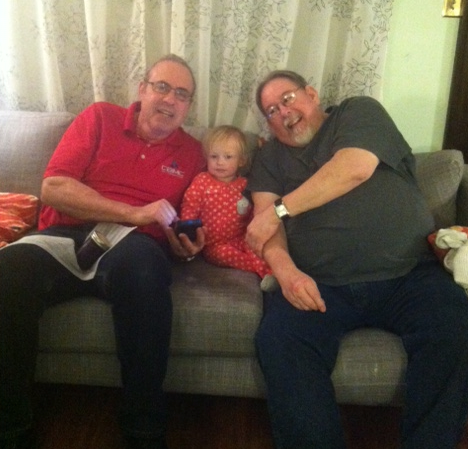 And finally, here’s Penny just last night. Somebody haaaaaad to stay up late and watch the exciting conclusion of the BCS era with Dad. I don’t blame her I guess, that second half was INSANE!!! 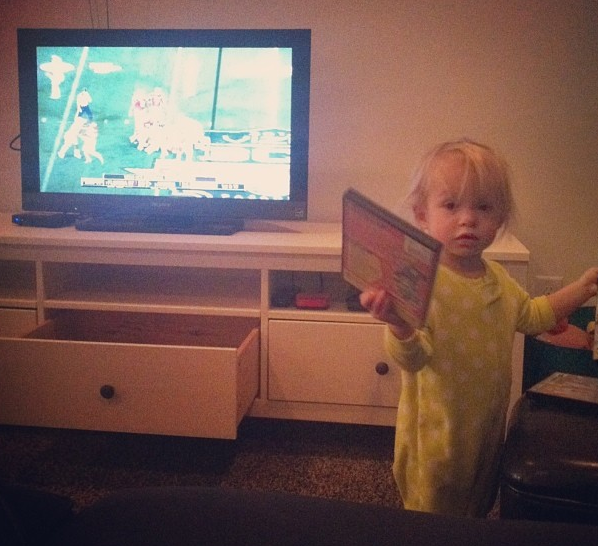 Alright, that’s a wrap for the first post of 2014! I hope you all have a wonderful week. STAY WARM, and don’t forget about those new TWL shirts and posters in the Webstore. See you next Tuesday for sure!