First, let us affirm that not every takeover is a hostile one–I assure you that your beloved Lazerbeak handed over the reigns of his fine blog quite freely and was in a sound state of mind and body during the transaction. Beak is, in fact, now safely settled in New York. And what attraction, you might ask, drew him to the East Coast, where slender people ride public transportation and live their stylish lives one hour in the future? I’m happy to report that our young hero visits New York to perform with Lizzo on the Late Show with David Letterman. Will he be wearing the black jacket he recently acquired from Old Navy? Only time will tell. I trust that you will be watching as closely as I will, shouting words of encouragement at the television set and pulling from a flask that you have filled for exactly this occasion.

Beak, kill em out there. And know that I will safeguard this blog until you come home to reinstate yourself as its rightful owner. With that, let the updates begin.

First, thank you to everyone who came to The Depot on Friday to snag tickets to the #LastBlowoutEver. (If you haven’t yet checked out this year’s 8-day run of shows, you check out the schedule here.) The line was, well, unrecognizable as a line. 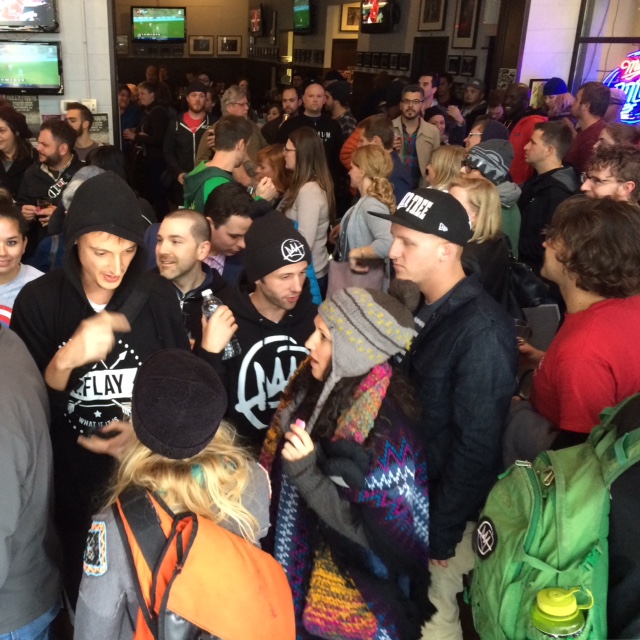 In between the cashiering and the cheese curds, we had the chance to shake a few hands. Here’s a picture of my stone-cold rap crew holding a little girl named Wren. 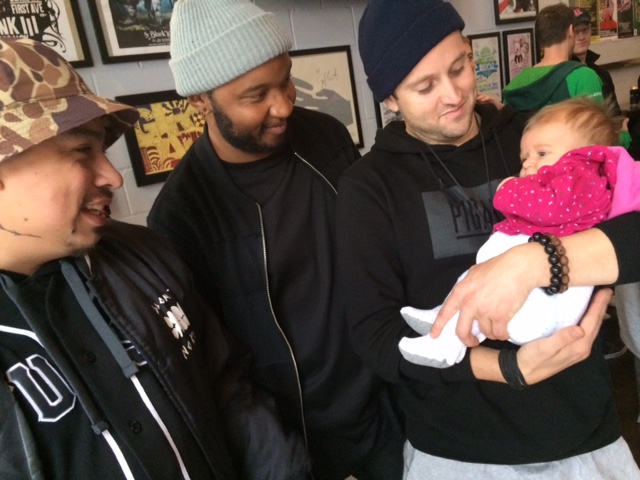 We do, however, have some tickets available for Mike Mictlan’s HELLA FRREAL release show on November 1st. (Wait, isn’t that Dia de los Muertos? IT IS.) To celebrate the release, Mike locked in performances from Sims, Mac Irv, Mundo Libre, our own Ander Other. 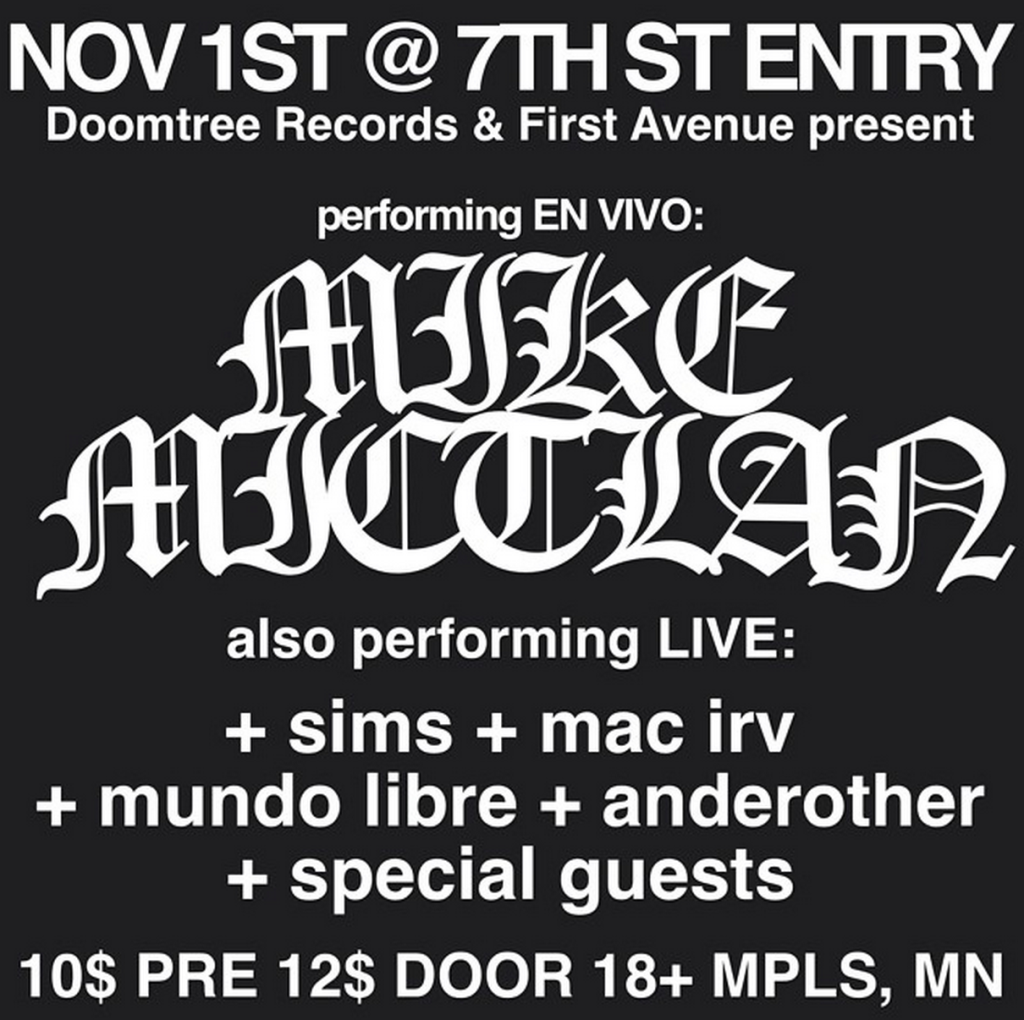 Mike will also be headlining the NORML concert at Mill City Nights on October 18th. (Wait, isn’t that the organization trying to legalize weed? IT IS.) It’s a pretty stacked line-up, but you can snag advance tickets here for the price of a dimebag (1995 prices, mind you.). 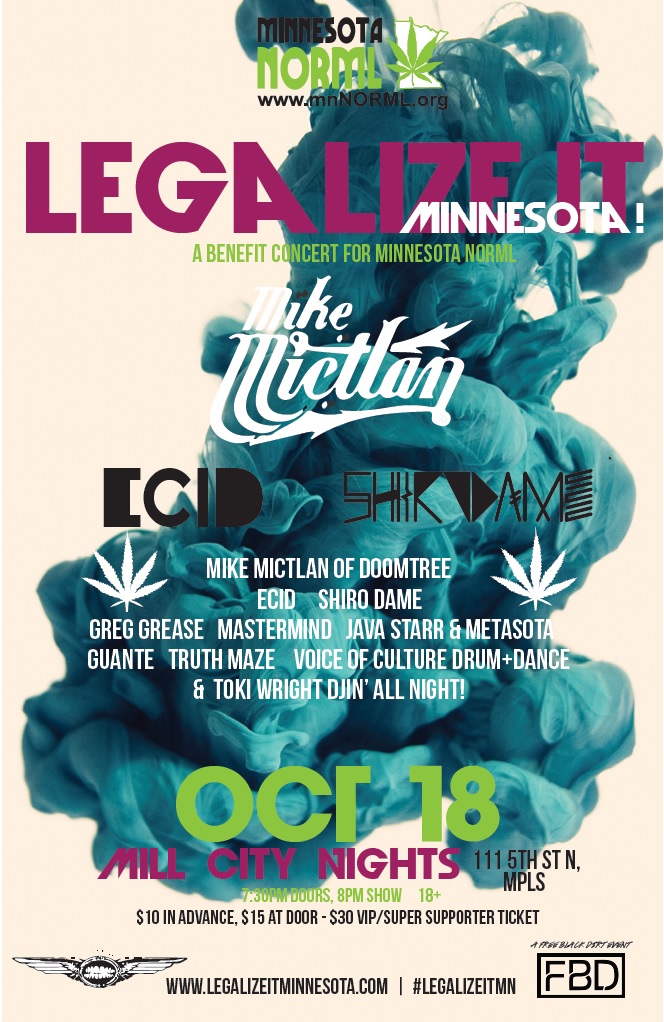 For my part, I’m preparing for my debut at Orchestra Hall on October 26th. I wrote a new piece that I’ll be performing with the entire VocalEssence choir–100 voices in all (well, maybe 101 counting mine). I’ll also be singing a new, choral arrangement of one the tracks from Parts of Speech. (Big thanks to Andy Thompson for the help in co-writing and arranging.) There are tickets available now that gig, they range from $10 to $40 bucks. 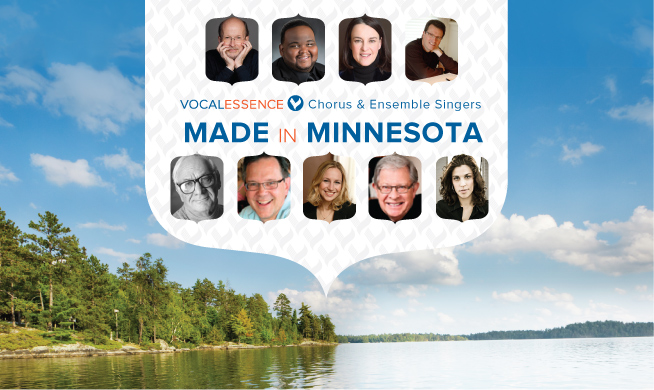 In the even nearer future, I’ll be at the Fitzgerald Theater this Thursday taking part in an event designed to celebrate women in recovery from mental illness and addiction. I’ll sit down to talk with two authors about their experiences and field some questions from the audience too. For tickets and details, check out the event listing on the Fitzgerald’s site.

In some very big Doomtree news, Lazerbeak and I finished mastering the new crew record yesterday. We worked, as we always do, as balancing forces in the studio; Beak serves as the AmBASSador and I the Treble Maker. Between us lies the truth (and a bunch of crumpled granola bar wrappers). Many thanks to the Dial Man, Bruce Templeton. 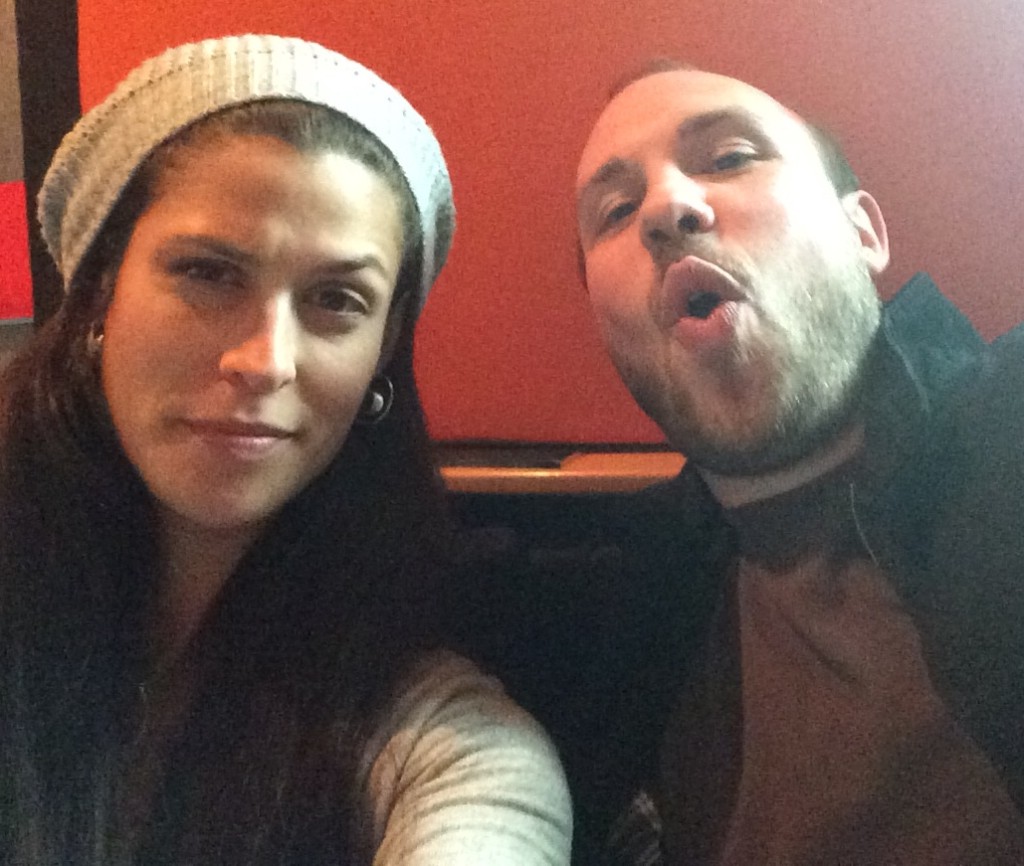 If you’ve been with us for a while, you know that I often donate my hair after we wrap up a big project. Even though Beak was scrambling to get himself to New York, he let me come to his house, step into the tub, and then obliged me by cutting off my braids. They’re in an envelope on my countertop now (creepy) and will soon be mailed off to be made into wigs for kids who’ve lost their hair due to chemotherapy, radiation, and other lousy stuff. 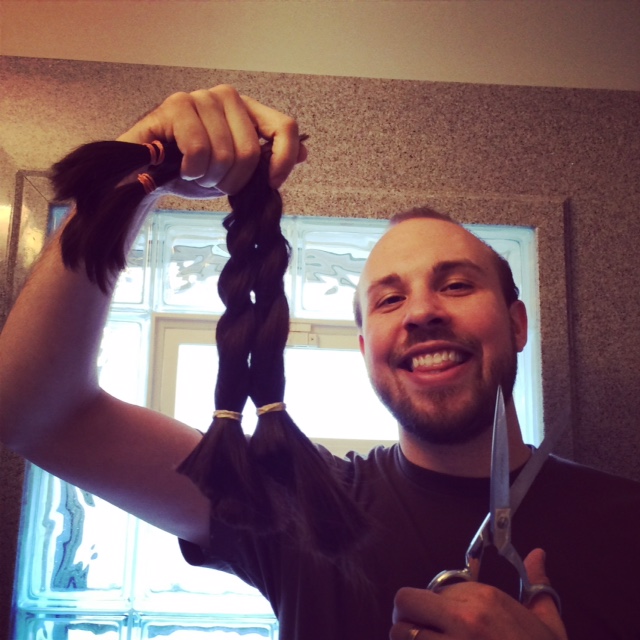 Big thanks to Laura from the The Apiary Salon in St. Paul for cleaning up Beak’s handiwork with like 4 minutes notice. 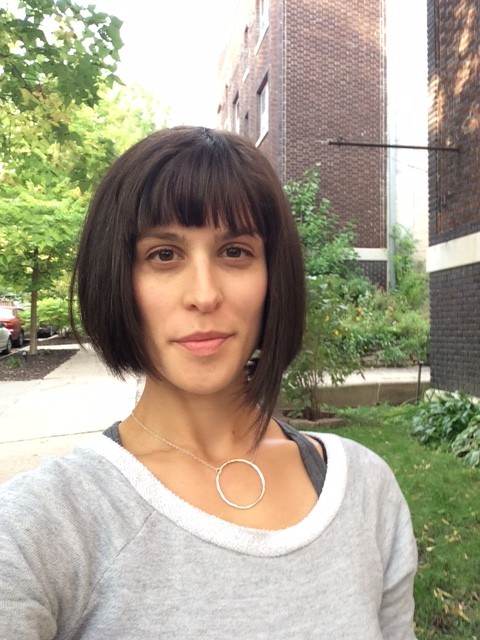 Okay, let’s break the fourth wall here for a moment to acknowledge that I myself am on a plane as I write this. Aby Wolf, Fundo, and I are headed to Akron Ohio for a show tonight at the E.J. Thomas Hall. Which means I gotta wrap this thing up before we land in Atlanta for our 75-hour layover.

But before I sign off, a quick reminder that the HELLA FRREAL preorder ends on October 18th. You’ve heard us say it before, but the preorders are a huge part of what keeps Doomtree running–the earnings from Mike’s release will go right back into the machine to help press up the new Doomtree record.

Lastly, to honor Beak’s esteemed tradition of weekly Bonus Jams, I’ve selected a few artists that have recently captured my attention. Highbrow to lowbrow, they are: Hauschka, playing a prepared piano; the unfortunately named artist ‘Kwabs,’ singing his R&B single; and the Swedish Tove Lo, who I love with the intemperate passion of a teenager.

Your fiend and friend,
Dessica.