Welcome back to another round of Tuesdays With Lazerbeak. Today I’ve got big details on the highly anticipated Surly Doomtree Day, taking place on Sunday, December 7th as part of the week-long Last Blowout Ever! The Doomtree and Surly crews are gonna be piling into buses and running all over Minneapolis and St. Paul to kickoff the Surly Doomtree collaboration and draft beer release! OH MAN, I’M EXCITED. Check out the full schedule below: 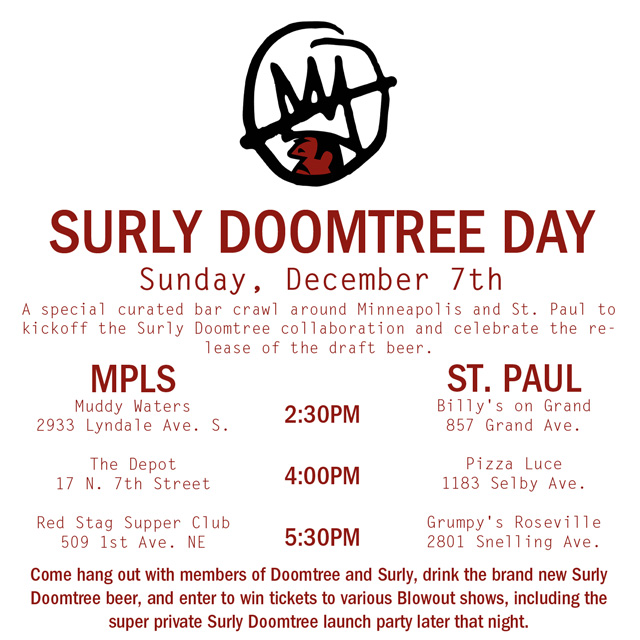 Come out and kick it with us, try the new beer, and enter to win tickets to upcoming sold-out Blowout concerts – as well as a chance to gain entrance into the top secret Surly Doomtree launch party happening later that evening – including an intimate Doomtree mini set. We’ll be hanging out and doing giveaways at every single restaurant location. THIS IS GONNA RULE SO HARD! Here’s a sweet Google Map so you can keep tabs on all of the festivities, just click the image below. 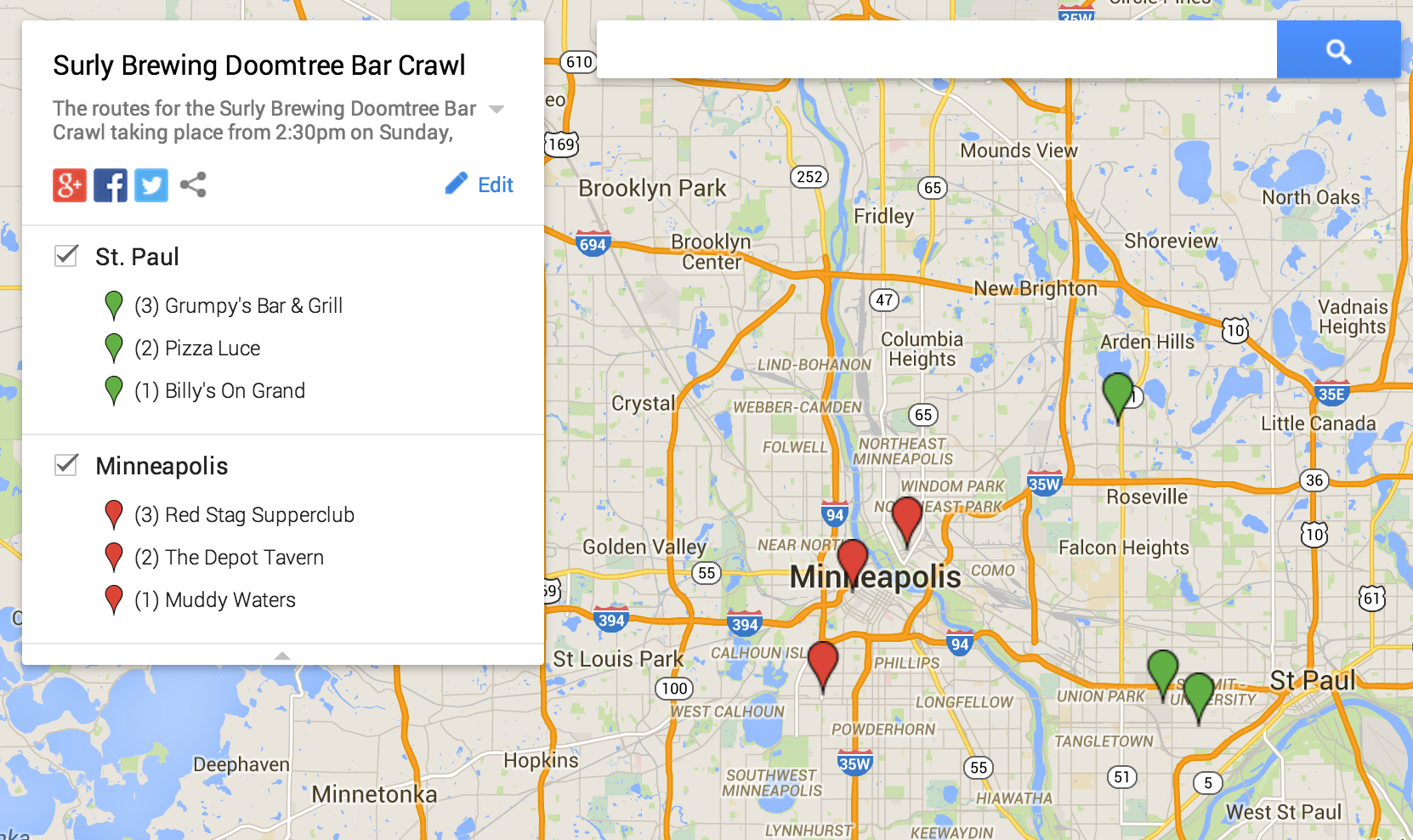 And don’t forget, The Last Doomtree Blowout Ever kicks off in less than two weeks! Here are the details to all ten sold-out events. GET PUMPED. 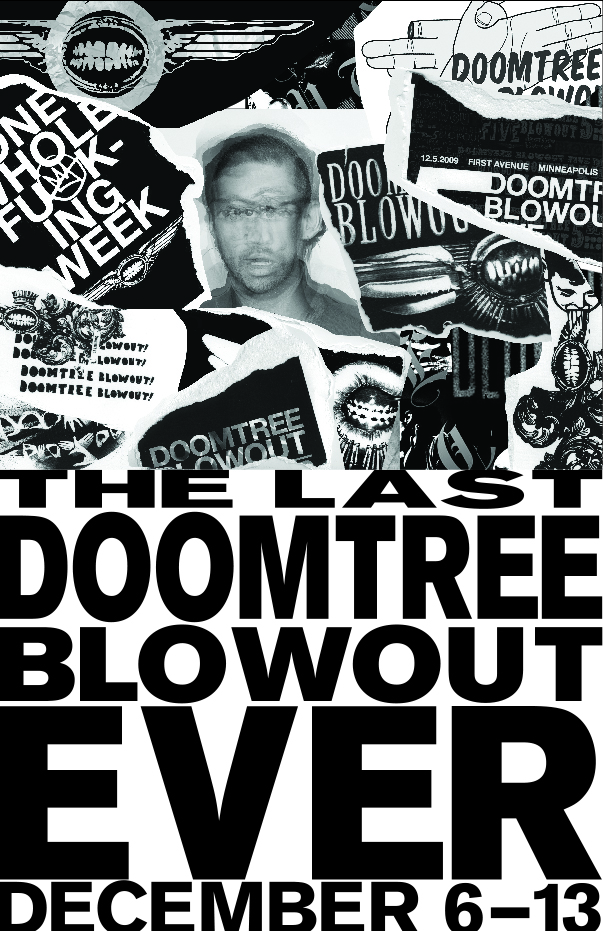 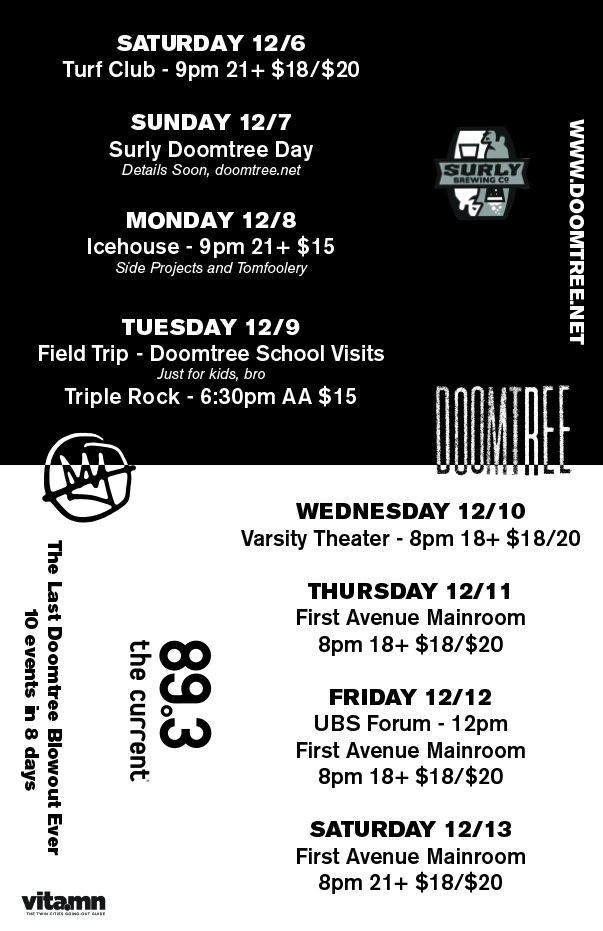 Now shifting gears to some big Dessa news: In addition to her recently announced NYE show at International Market Square, Dessa just released the news that she’ll be making her way overseas this Spring for her first big European tour, and will be kicking things off with a week in London as part of Mark Wheat and The Current’s London Beat Tour. Dessa and Mark will be traveling all over the city for an all-access look into rock n’ roll’s legends and landmarks, as well as a headlining Dessa show at renowned club Old Blue Last. Check out all the details for that trip right HERE, and stay tuned for many more Dessa European dates announcing shortly. 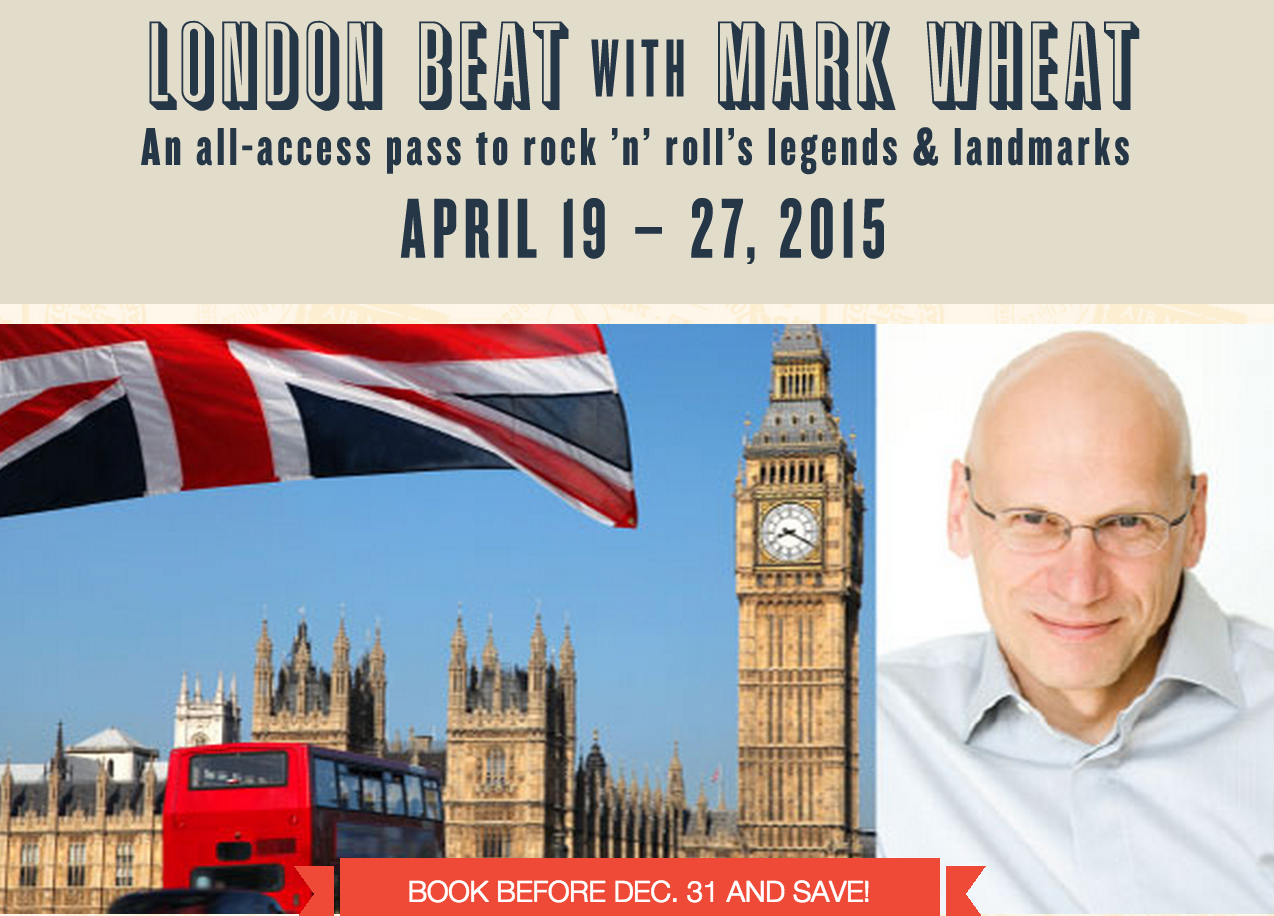 Speaking of Dessa (Segue Streak times infinity!!!), she recently sat down with Quinn and Asha of the mighty Q + A for an in-depth interview and photo shoot. Check out a couple of the awesome images below, and go look at the entire spread right HERE. 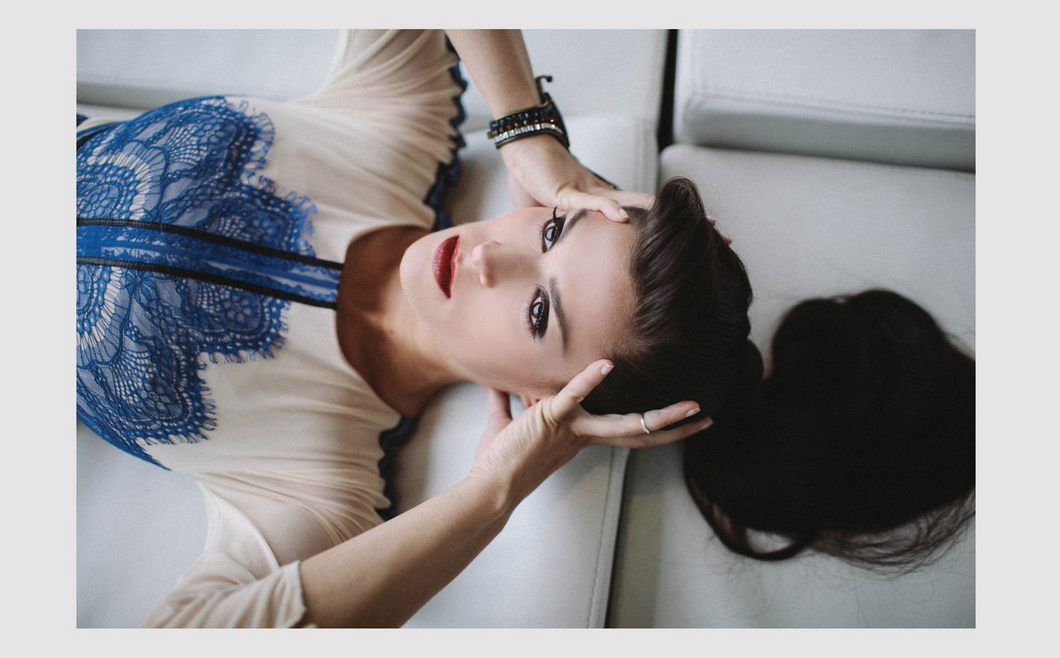 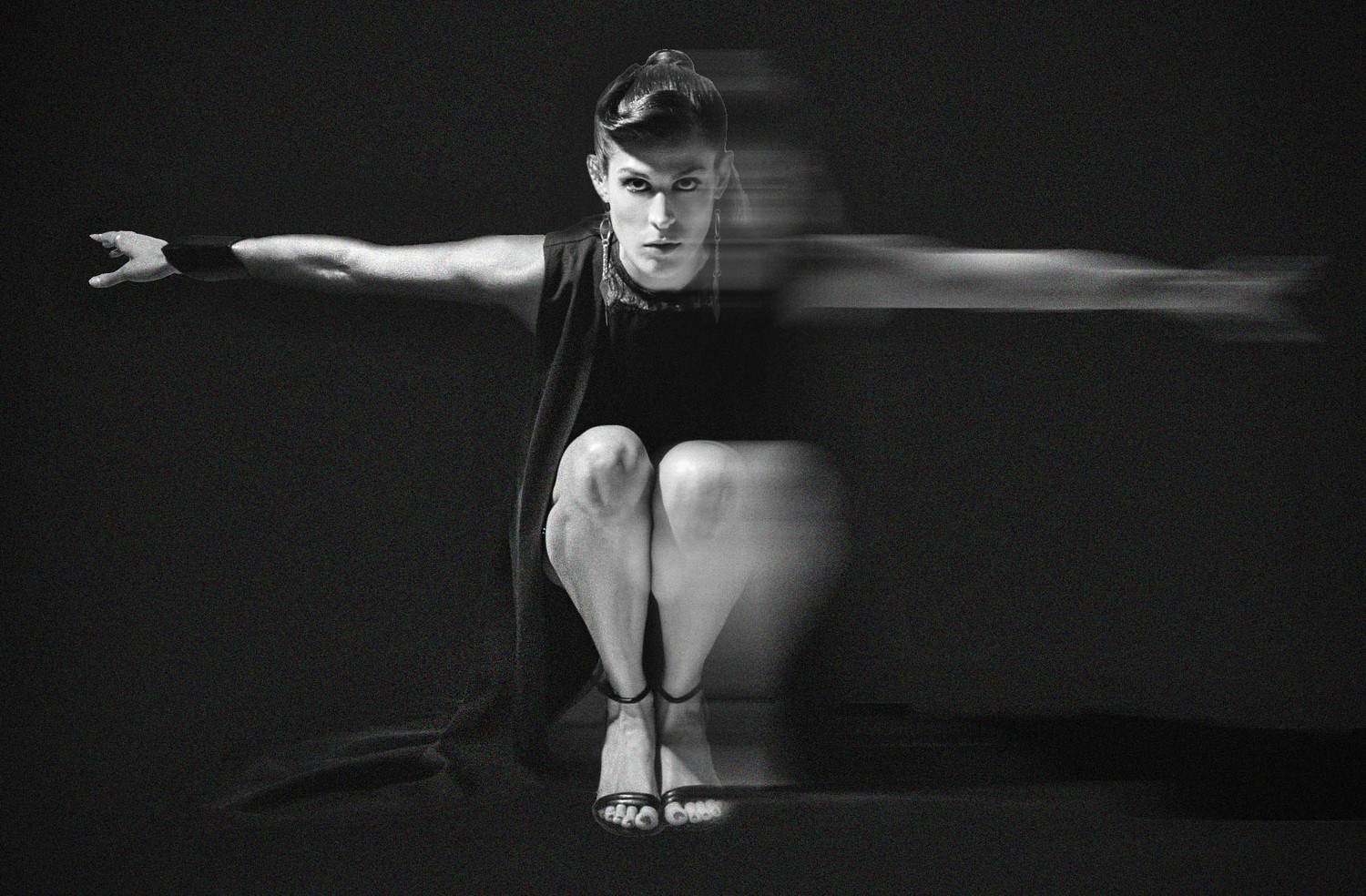 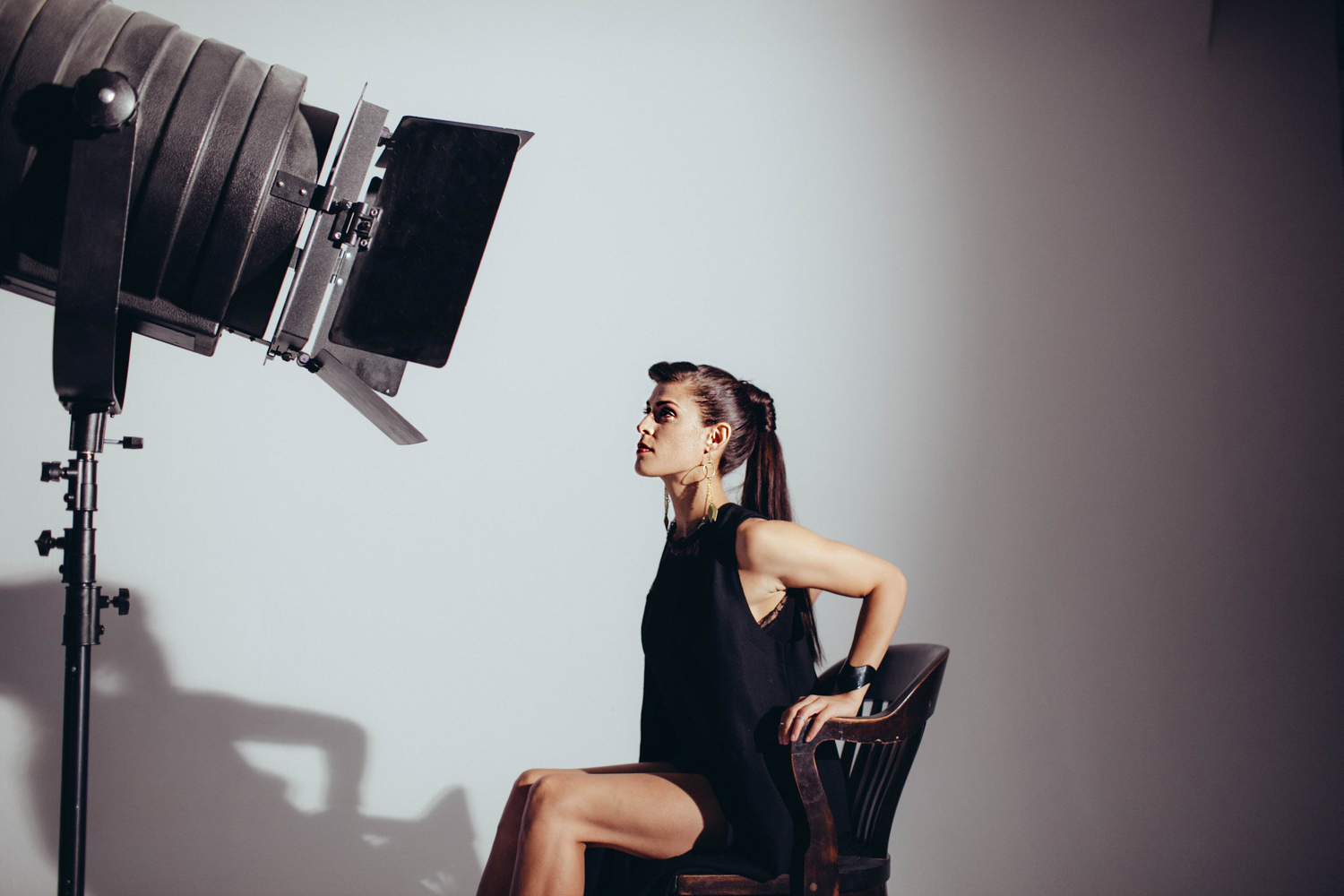 Just to take the Segue Streak completely over the top, I thought I’d start out this week’s round of Bonus Jams with a new episode of the Dessa-hosted Lowertown Line show. This episode is Dessa’s last as host of the show, and she goes out with a serious bang, interviewing the Legend God Har Mar Superstar and setting up a great performance from him and his band. Check out the entire thing below.

I’ve been trying my hardest to calmly process everything in light of last night’s heartbreaking grand jury verdict. I don’t really have the words for it right now, but I’d encourage you to follow people like Shaun King and the #BlackLivesMatter hashtag for a much better insight into this mess. I always end up going back to Luther Vandross in times like this, so here are a handful of Bonus Jams from his flawless 1985 album The Night I Fell In Love – not because the songs directly relate to the situation in Ferguson/America, but because it’s extremely healing music to me.

I’ll leave you with a couple of Bonus Baby Pics before heading off to Blowout rehearsals. Crawl Man Cam and Laid Back Lou have been killing the game lately. I really see “hip-hop duo” in their future, on par with the likes of EPMD, Young Gunz, and Run the Jewels. Here’s Cam trying out the Butterfly Yeezy’s and Lou practicing his mic handling skills. Be on the lookout for a first single dropping early 2019. 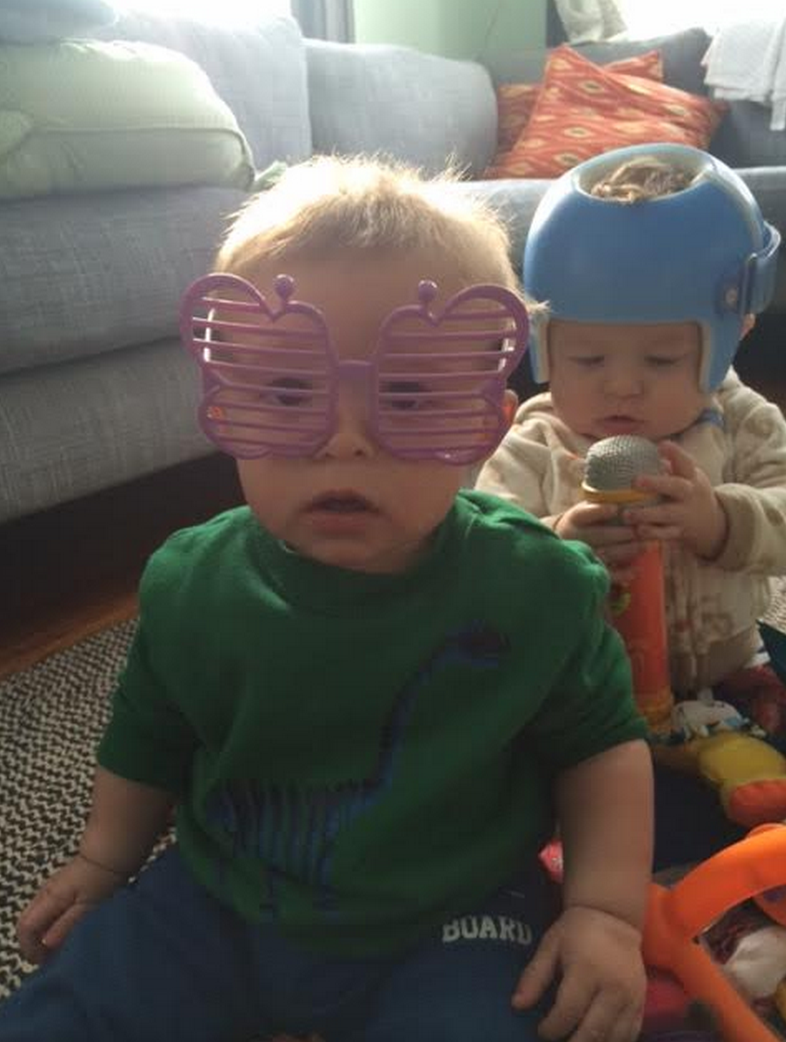 In all seriousness though, these dudes are quickly becoming the best of buds. It’s been pretty awesome to witness. 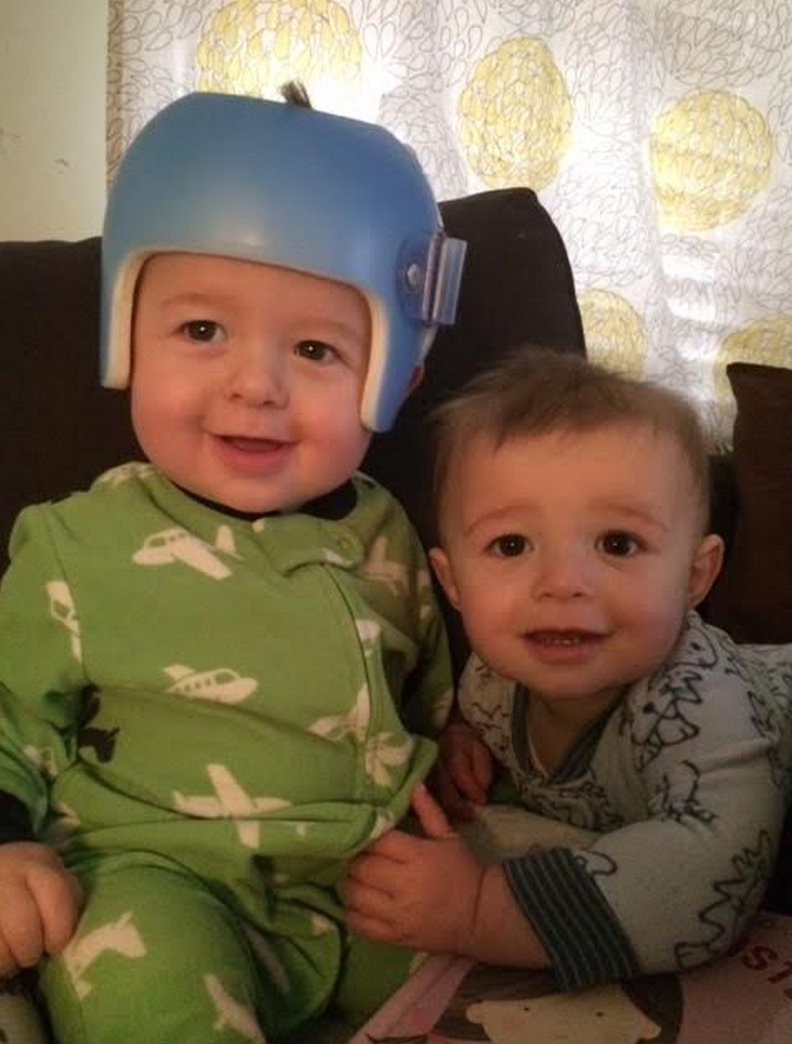 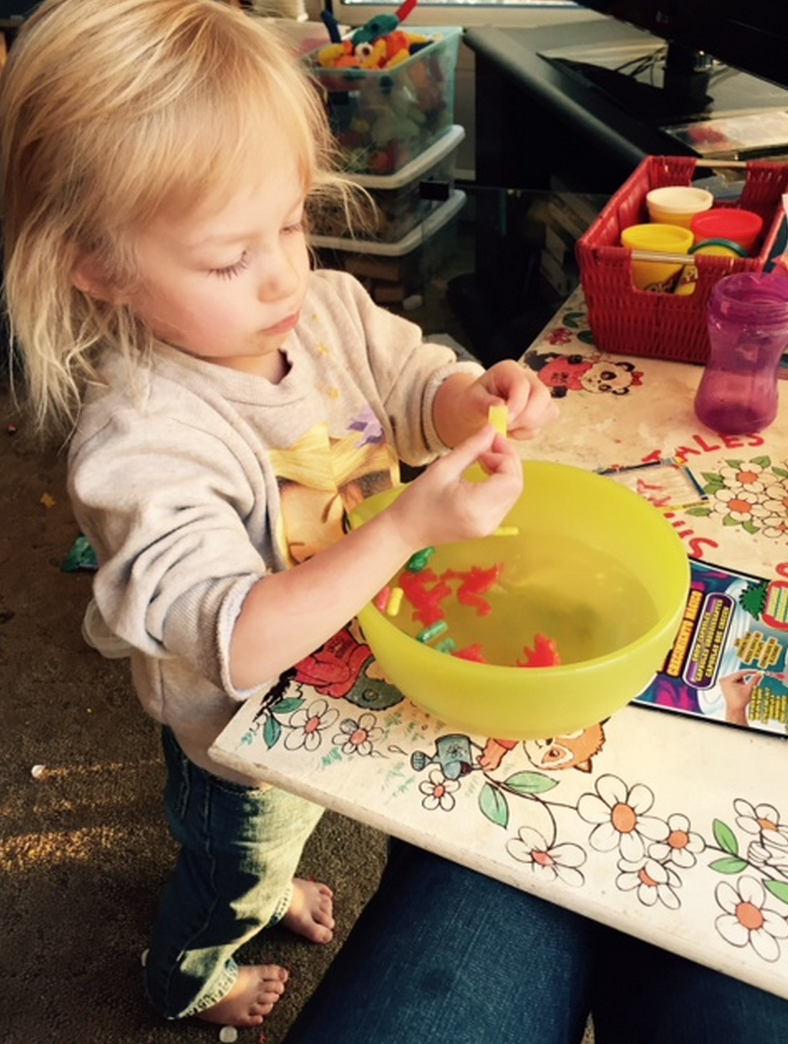 She’s also finally hit the age of being waaaaaaaay in to building forts, which I think may be a lifelong passion. Building forts still totally rules by the way, in case there were any doubts left in your mind. 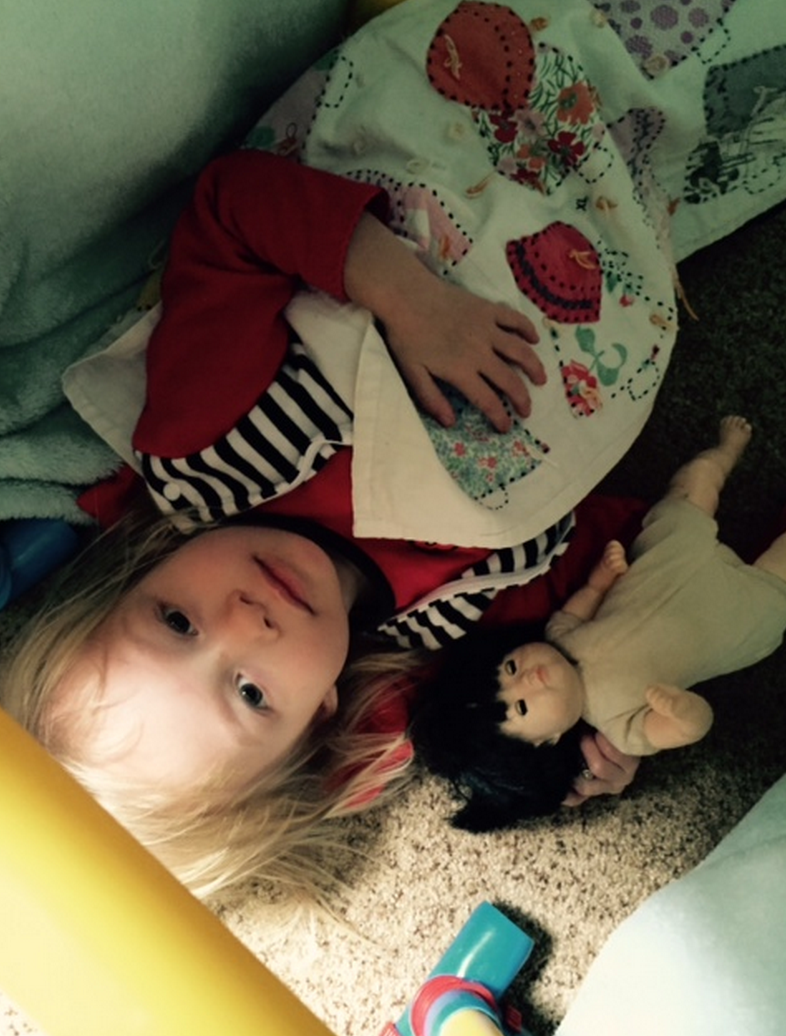 Alright, that about does it. I hope you all have a truly wonderful long weekend. Eat all the food, show no restraint. I’ll see you back here next Tuesday morning for the biggest announcement in Tuesdays With Lazerbeak history!!!