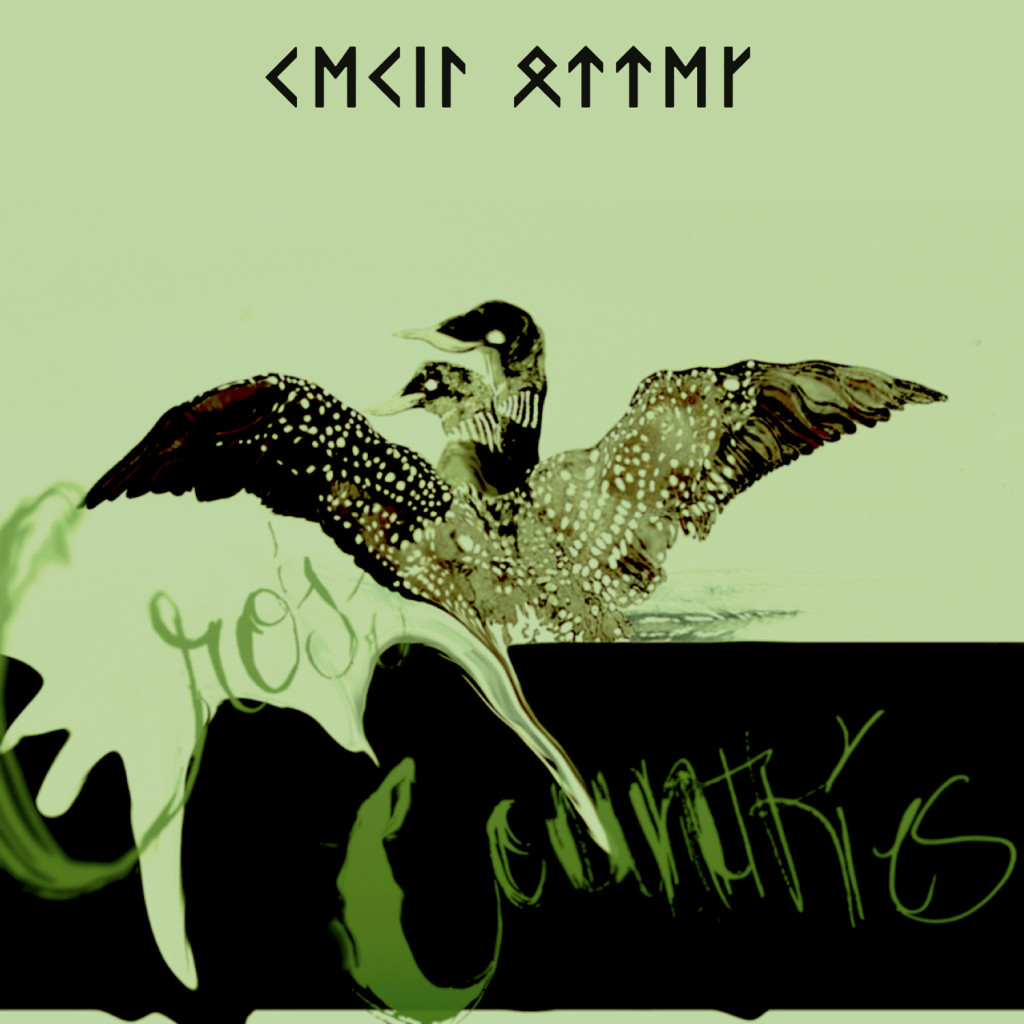 HUGE WEEK OVER HERE AT DOOMTREE HQ. Yesterday our very own Cecil Otter dropped “Cross Countries,” his first new solo song in years, and it is an absolute monster! All production, songwriting, words, vocals, and artwork handled by Cecil himself. Check out the track below and please help us spread the word this week. New Cecil solo music happens only so often and should be celebrated as such. More to come!

This weekend marks the very first all-crew Doomtree shows of 2016. We’ve taken the last few months off to focus on solo projects and now it’s time to kick off the spring and summer festival season with a bang. Come way up north with us to Lutsen Mountains for a two-night headlining stand as part of the Elevate Ski, Board, and Music Festival. You can bundle your show entry with lift tickets for super cheap and enjoy one of the last good weekends to flip 980 gnar gnar burgers on the fresh pow. Tickets and info HERE. Can’t wait to see everybody.

We had a couple of big Doomtree-related shows announce this past week as well. The MN Orchestra unleashed their 2016/2017 program on the world and Dessa is going to be a part of it! That’s right, in April of 2017 Dessa will be joined by the entire MN Orchestra at the prestigious Orchestra Hall for a once-in-a-lifetime performance of old classics and brand new material. This is going to be NUTZ. Check out all the sweet deetz right HERE. 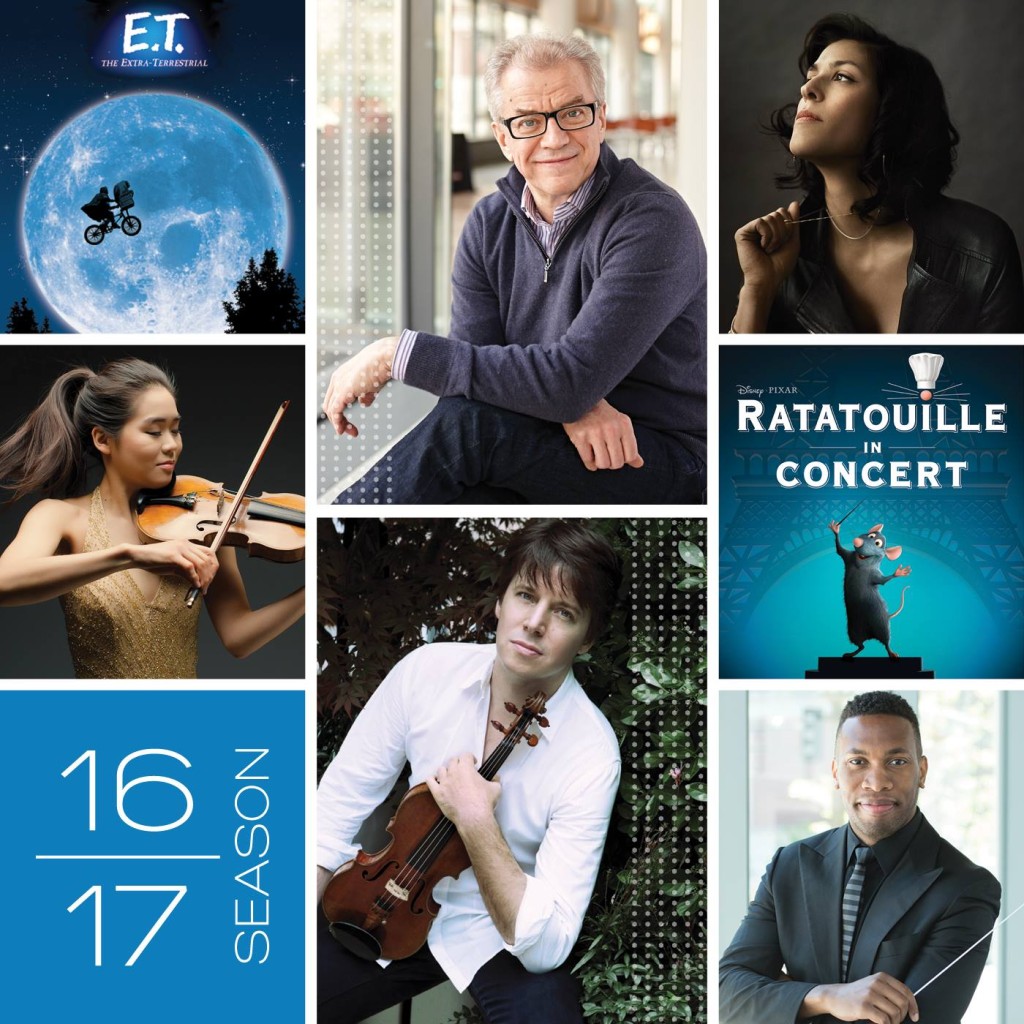 If you’re curious what this might all possibly look like, make sure to check out her performance of new song “The Good Fight” from last year with the extremely talented Vocal Essence choir. Now just picture all of those singers as viola and cello players and you should be prepped. So cool.

Memory Lanes just announced the lineup for their highly anticipated spring block party and Mixed Blood Majority will be headlining the event! It all goes down on Saturday, May 28th and we’ll be playing alongside some great company in Bones & Beeker, tiny deaths, and the homie Eric Mayson. Check out all the details right HERE and catch a glimpse of the mayhem from last year below. Just consider this the Soundset pre-party before Doomtree crushes it at the State Fair on the 29th. 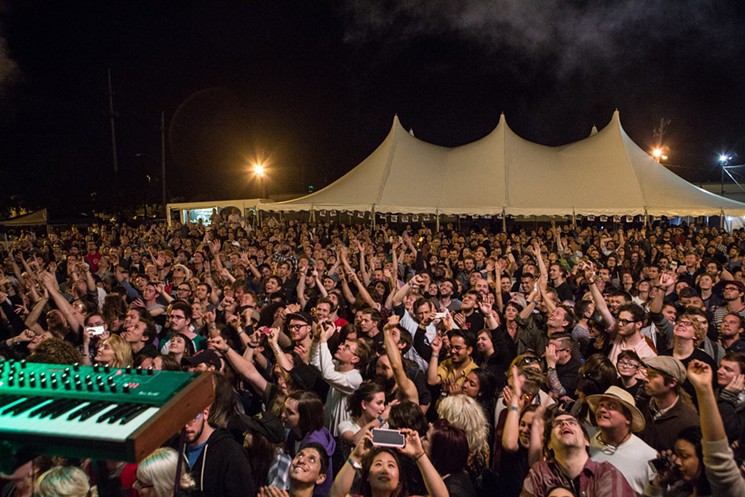 I’ll spare you on the details for the remaining April/May Doomtree-related dates this week since I’ve been drilling it home pretty hard on the blog the last month or so. As always, you can visit our main Doomtree Events page right HERE for details and ticket info on every single solo and crew show and tour we’ve got coming up. There’s a ton of them.

OK! Let’s get into some serious Bonus Jam territory. I love Spring because it always means the flooding of great new music, both locally and nationally. Up here in the frozen tundra we often hibernate all winter and create a ton of music, then re-emerge in the spring to begin releasing it (picture that delivered in a David Attenborough accent please). Let’s start things off with this new heater from Cecil Otter in case you were sleeping up at the top of the post.

Speaking of Cecil (SEGUE SEGUE), he also produced the brand new single from our good friend Astronautalis’ upcoming album. Check out the video for “Running Away From God” below and make sure to pre-order the album right HERE.

Here’s a brand new one from my old friend and the first rapper I ever gave beats to: Camino. I met Camino at my pizza delivery job right after I started making beats back in 2001 and joined up with his Carp-D crew for a little while before most of them made their way down south. Definitely long enough ago to remember plugging the MPC into a dual tape deck and dubbing looped sequences in real time onto cassettes to pass out to rappers. Does that give me any OG cred or just make me old? Anyways, happy to say that Camino is still hard at work down in Las Vegas churning out new music. We got together recently to knock out a couple songs for old times sake. Check out the video for “LIFE” below, produced by yours truly.

I talked about Kamaiyah a bit last week, but I gotta revisit this one because I’m pretty sure she made one of the top albums of 2016 and it’s only March. I cannot recommend her A Good Night In The Ghetto mixtape enough. This is old-school G-Funk mixed with R&B and hyphy and DJ Mustard and early Death Row, all from the perspective of a 20-year-old growing up in Oakland. There’s even a beat that sounds like Luther Vandross would’ve crushed back in the 80s. It’s soooooooo goooooood. Stream the entire album for FREE.99 below. You basically have no excuses at this point.

Kamaiyah – A Good Night In The Ghetto

Odd Future’s Domo Genesis finally dropped his debut album this week and it features a monster rollerskating rink anthem featuring Anderson .PAAK. What’s not to like? Check out the excellent video below directed by Tyler the Creator.

BJ the Chicago Kid dropped a new video for his Kendrick-featuring single off the new album, and it features our guy Hannibal Burress playing the part of a no-good modern-day Cupid. Just watch it, trust me. I know the D’angelo comparisons have always sort of followed BJ, but I really feel like he’s stepping out into his own lane a bit more on this new project. Excited to hear more.

ASAP Ferg and Schoolboy Q just dropped the video for their monster collabo off of Ferg’s upcoming album. Check out “Let It Bang” below, pretty self-explanatory. I’ve never quite been as big a fan of either of these dudes as everyone else, but I definitely mess with this song.

Producer extraordinaire Big Cats just dropped his brand new What If It Doesn’t Get Better? project this past week and it is awesome. There’s some really cool spaced-out chilled-out vybez throughout (yes, that felt weird to type). Check out the video for his latest single below and grab the album right HERE.

On that local note, check out the brand new collaborative album from rapper Nazeem and producer Spencer Joles, appropriately title The Album. You can stream the entire project below. Make sure to check out track 9 featuring our very own P.O.S.

Pretty rap-heavy Bonus Jams section this week. I guess I finally had to mix it up from all the R&B I’ve been shoving down your throats as of late. I’ll end things on a totally different note. Local band Night Moves just released their sophomore album on Domino Records this past week I’m definitely looking forward to checking it out in full. I was a big fan of the last one and the new songs I’ve heard so far are crushing it. Check out “Border on Border” below and grab Pennied Days right HERE.

BAM! That should do it for the Bonus Jams this week. I’ll leave you with some Easter-inspired Bonus Baby Pics before calling it a day. We had quite the party with family this past Sunday. Here’s the obligatory “look how nice my dumb kids clean up on Easter” pics that you’ve all been waiting for. Shouts to Great Grandma GG down in Florida for sending up the nice duds. 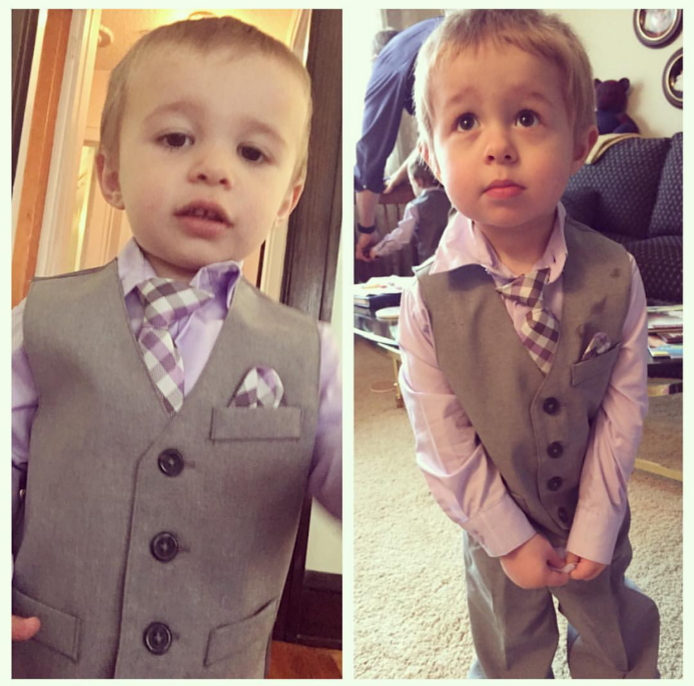 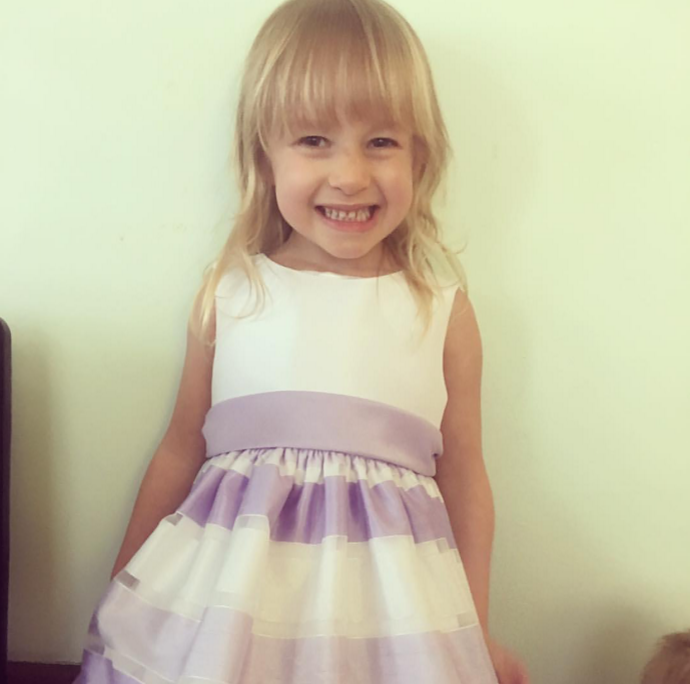 That’s the new face that Penny makes when we ask her to smile. What a weirdo. My cousin Kyle and I even got in on the festivites, donning matching turtlenecks and visors to form our new band #Turtlenecks&Visors. Hey, there’s a first time for everything. 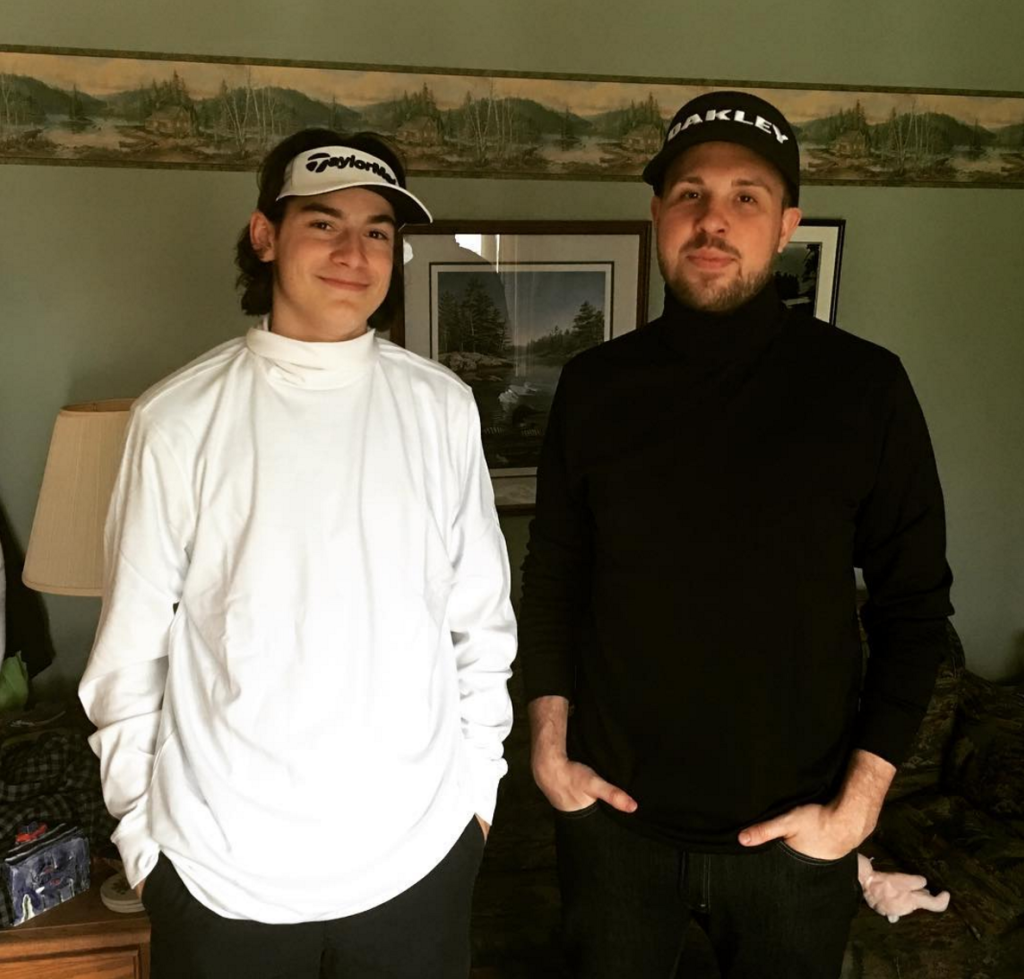 Here’s Penny a few days before Easter tackling the classic egg-dying tradition with one of the craziest faces the game has ever seen. Absolutely no idea what’s going on there. 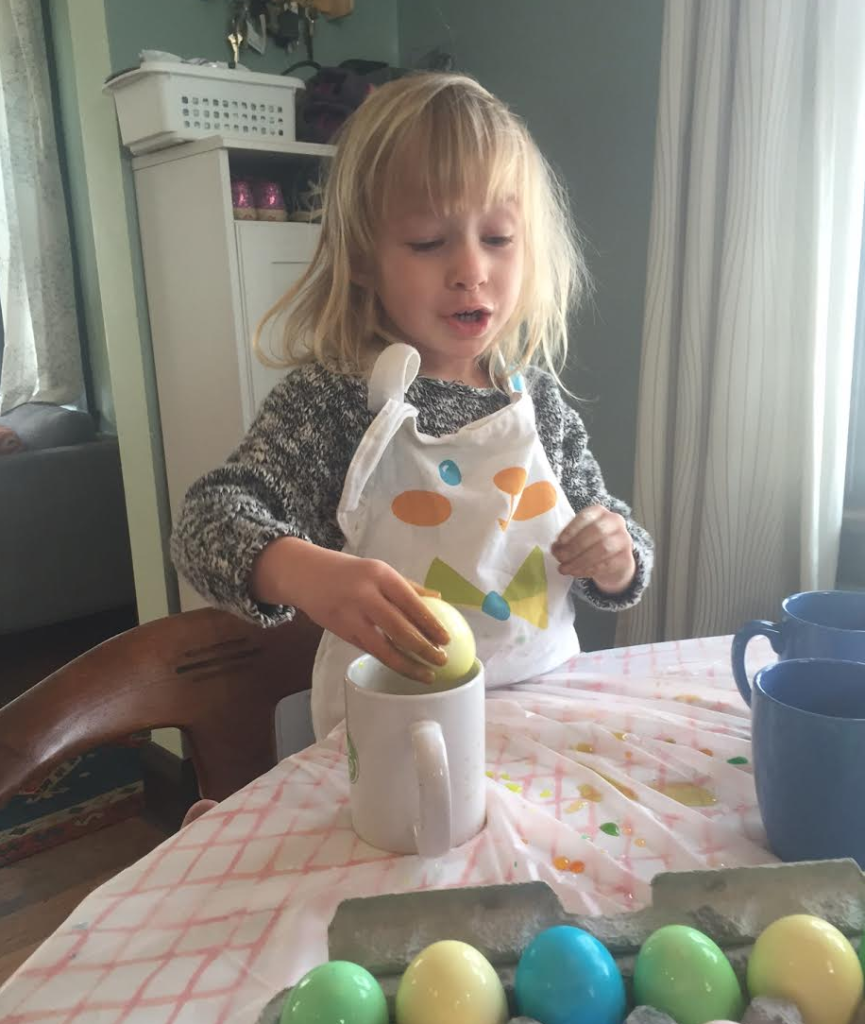 And here’s Cam and Lou getting down and dirty with the dyeing. If they both turn out to be left-handed I will be the happiest father on earth. 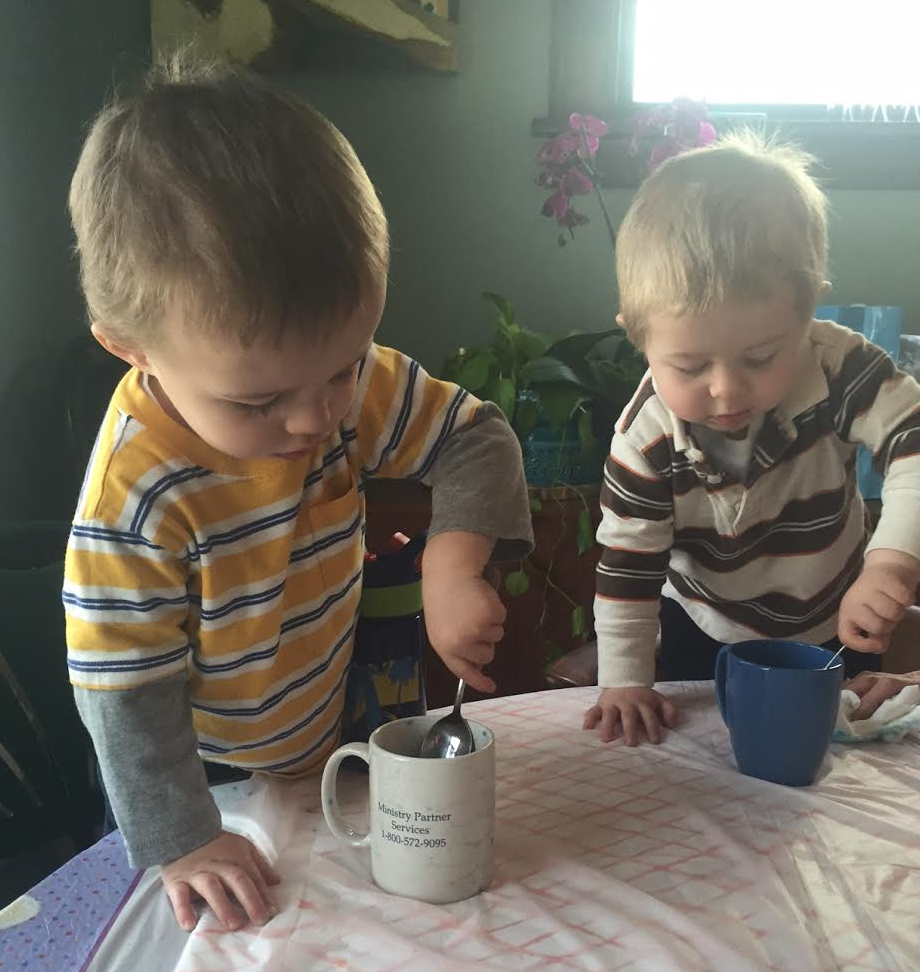 Speaking of those two, they’ve recently started a new band of their own. First there was the chart-topping succes of JAMMY BOYZ, and now there’s the genre-smashing and highly elusive BLANKY BOYZ. I’ve got a feeling this is going to be big. Glad I’m getting my 20% manager cut on everything. 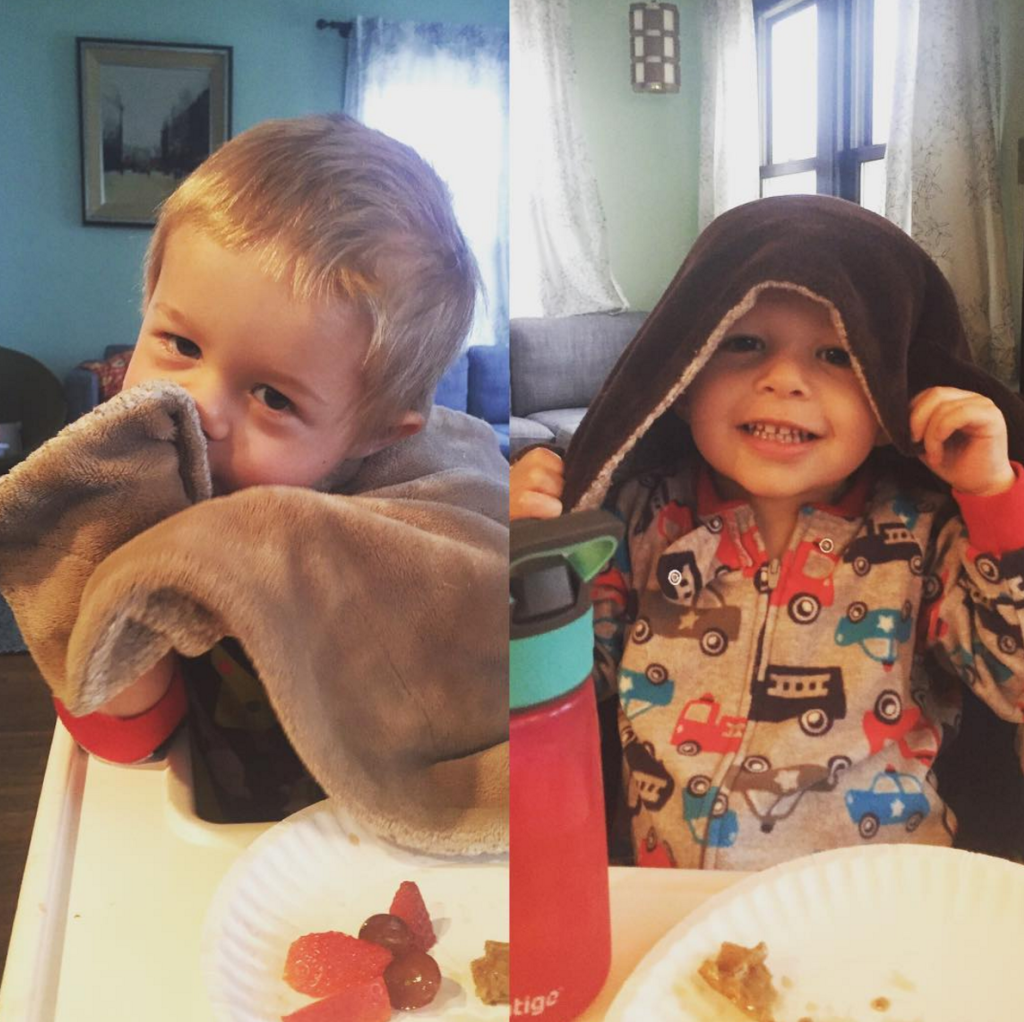 Penny has been making a lot of art at school lately and I decided to do her one better with the help of my trusty Drake Shake app. No offense to Teacher Karen, but I’m pretty sure it doesn’t get any cooler than Drake pretending to drive you around in a yellow VW bug while he actually just relaxes out the front window and doesn’t drive at all. 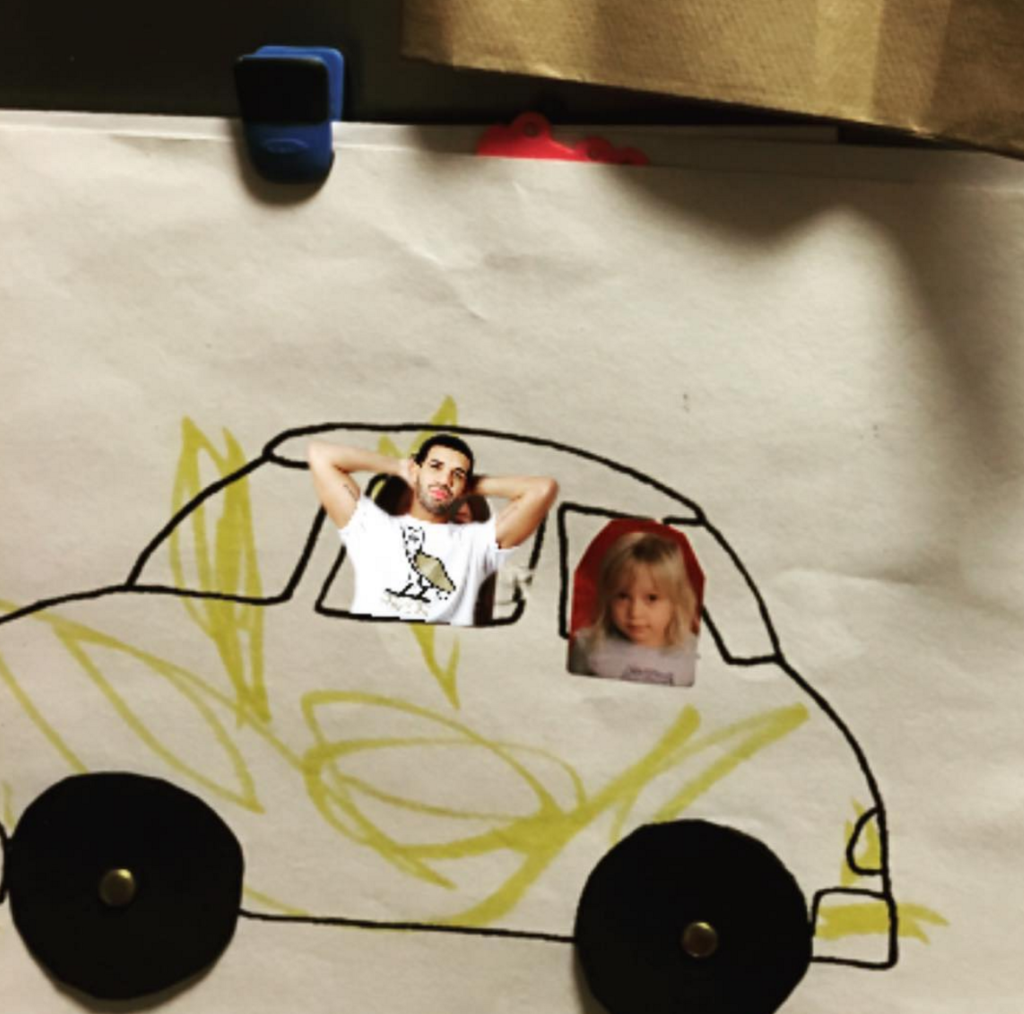 On a little bit of a sentimental note (MANLY MAN TEARS ONLY), our Party of Five will be closing on a new house this Thursday and moving just a little further east towards the Mississippi River and the Parkway. It’s been a pretty insane 10-year run in our tiny house and we finally grew big enough to warrant some extra space. Here’s what 10 years of life junk looks like when you pile it all into one single POD. Can’t wait to get the basketball hoop up on the new garage! Anyways, this is all to say that the blogging might be a little light the next few weeks as we get our bearings and slowly move in (with three out-of-control children). 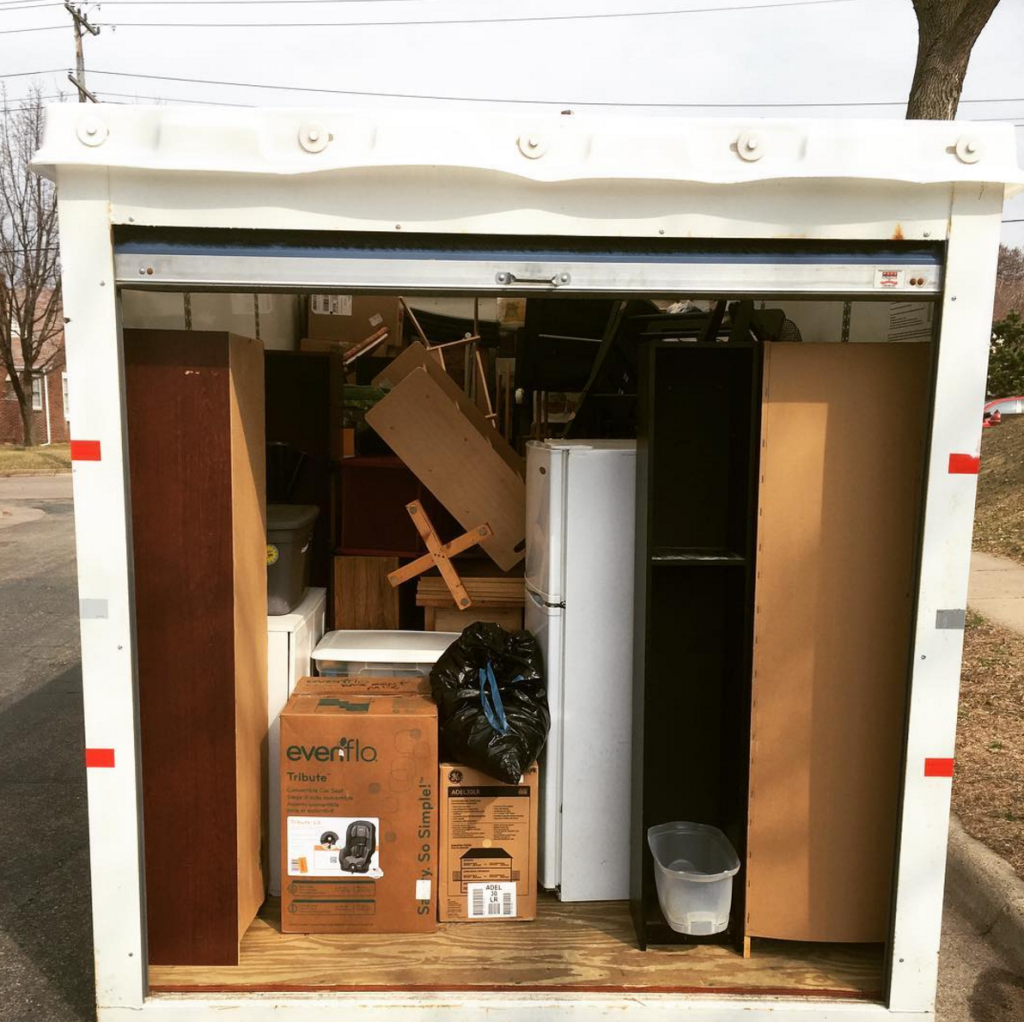 That’s a wrap for this post! I hope you all have a wonderful week. I’ve officially burned my NCAA bracket after North Carolina became the only team on there to advance to the Final Four, so now I can actually just watch the last games as a fan of cool basketball and nothing more. Hope to see a bunch of you up in Lutsen for the big double-header Doomtree weekend. I’ll be the guy in the robe by the fireplace drinking brandy ciders for 48 hours straight. See you there!