Welcome back to another round of Tuesdays With Lazerbeak! I’m gonna kick this post off with a brand new remix that I recently created for local dude turned American Idol & Voice breakout star Mark Andrew. It just dropped this past weekend as part of the rollout for the new album. Check out the “Stopping for Green Lights” Lazerbeak Remix from the Mark Andrew Band below, and make sure to grab his debut full-length when it drops this Spring. I had a lot of fun with this one.

Speaking of new music, we put out Cecil Otter’s flaming-hot Dear Echo EP just a few weeks ago and the positive response has been totally nutz. If you haven’t checked it out yet, make sure to listen below and then grab it from Bandcamp (HERE) or iTunes (HERE) to get the three bonus instrumentals.

OR if you’re into insanely awesome collector’s editions, you could grab the incredibly limited Dear Echo Deluxe Pre-Order, which comes with one-of-a-kind white vinyl wrapped in a sturdy gatefold sleeve and FOUR separate screen-printed posters with art that Cecil created during the Dear Echo recording sessions, all signed and hand-numbered by Cecil himself. Plus you’ll get an immediate download of the album while you wait. Check out all the info below and go right HERE to grab a copy. There will only be 200 deluxe packages ever available, and once they’re gone they’re gone for good. 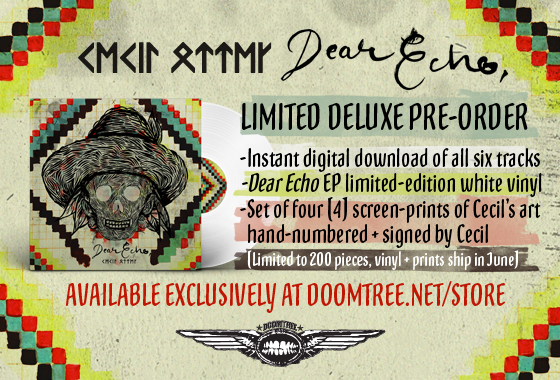 Now for some upcoming Doomtree-related shows. Dessa will be at the University of MN’s Northrop Auditorium this Friday (4/15) for a special performance and presentation celebrating World Art Day. Should be a total blast. Grab your tickets HERE. 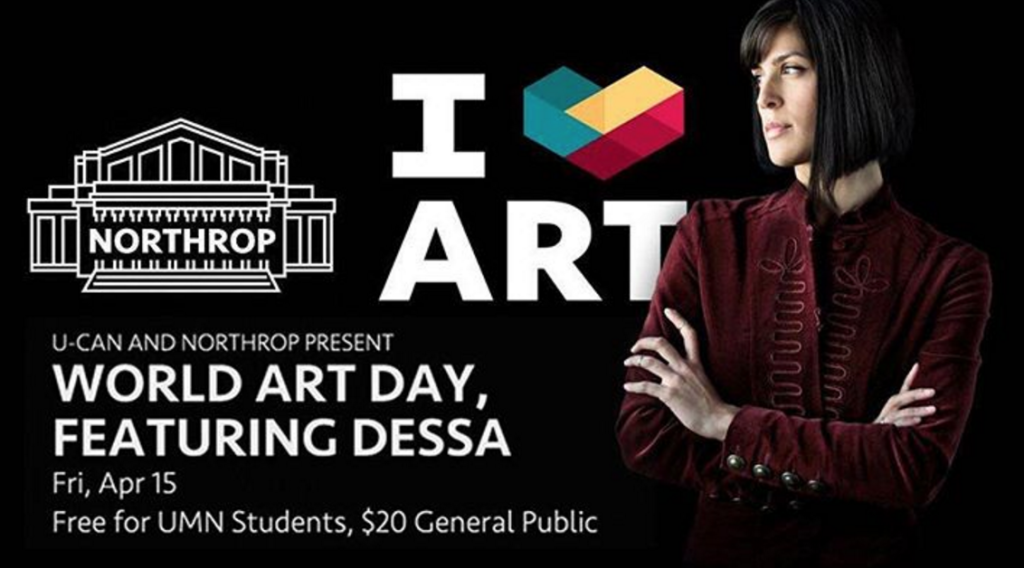 Turns out that April 15th is big day across the country, as Paper Tiger will be joining forces with ultimate mashup duo The Hood Internet for a crazy party in Brooklyn at the Knitting Factory. You are guaranteed to get a workout at this one. Tickets and details right HERE. 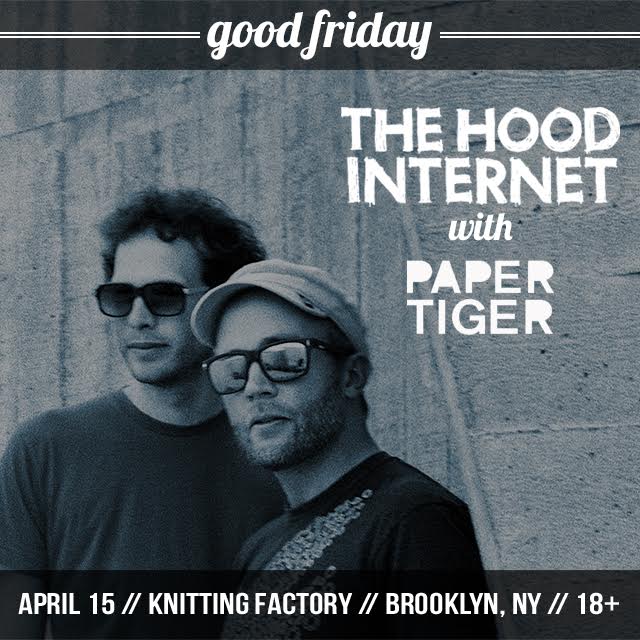 And to round out the same-day-show trifecta, our very own Mike Mictlan will be joining up with Prof’s Gasoline Run Tour on April 15th in New York for a big time show at Mercury Lounge. The dudes will then traverse their way through the East Coast and Midwest over the next three weeks rocking crowds far and wide. Apologies to Hamden and Cambridge. Mike had some health issues he had to take care of back home before taking off, but he’ll be back soon. Check out tour details and ticket info for every show on the Gasoline Run Tour right HERE. 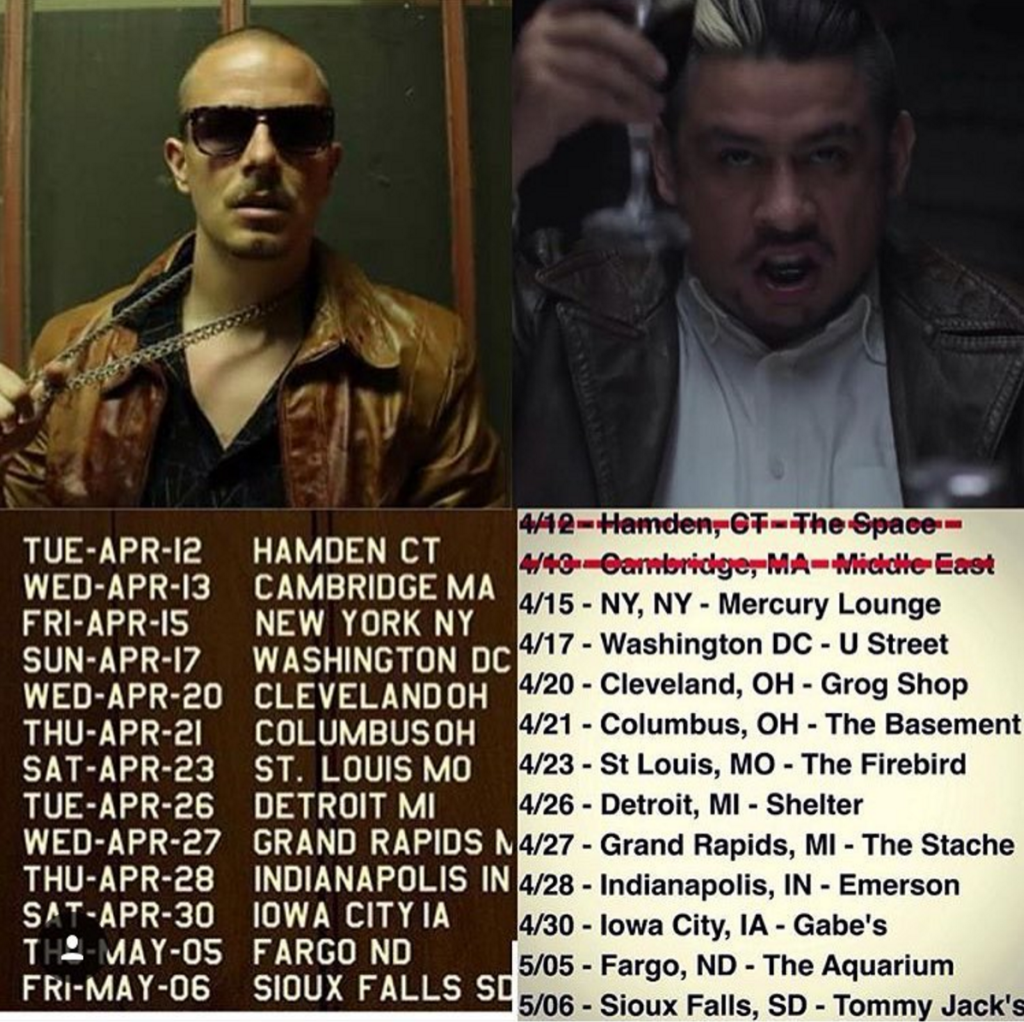 It was just announced that Sims and Mixed Blood Majority will be alongside the Legend God GZA of the Wu-Tang Clan on May 1st at the Pourhouse in Minneapolis! This is beyond sure to be a night to remember for many moons. Grab your tickets HERE while you still can. 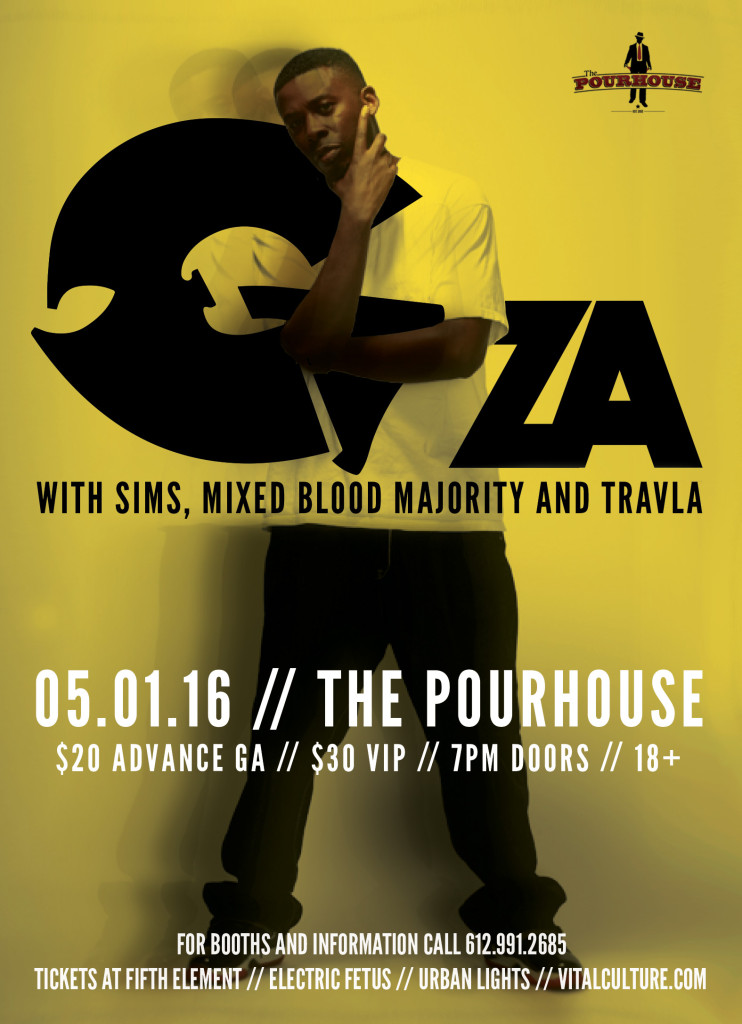 Speaking of Sims, he’ll actually be at the Minneapolis Institue of Art tomorrow night (4/13) for a special presentation of MPR and MIA’s ongoing Imagine Wellness series. P.O.S will be kicking things off around 2pm with an in-depth interview with The Current’s Andrea Swensson and then later in the evening Sims, John Moe, and Dana Gould will present The Hilarious World of Depression. Check out all the sweet deetz right HERE. 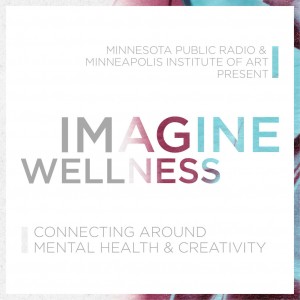 BAM! That’s about it for upcoming shows this month. The onslaught of excellent national and local music continues this week, so let’s dive right into some big-time Bonus Jams. First up is this new album by M83. I’m still only about halfway through it, but I’m pretty already all in at this point. Super down with the fact that it’s not completely over-the-top-epic every single second like the last double album. Check out “Walkway Blues” below. It’s the best.

I’m getting super pumped for the debut full-length from producer Kaytranada later this year. The guests he’s got lined up for it are crazy, showcased here by lead single “Glowed Up” featuring Anderson .Paak. So good. The video rules too.

This Chance the Rapper song is a bit older, but it just got the video treatment last week and it really takes the track to a whole new level. Love to see Saba blowing up so hard now too. Check out “Angels” below.

The Roots were the group to get me out of indie rock and back into rap music way back in high school, and I’ll always hold Black Thought up there as one of the best and most underrated emcees of all time. He’s slowly started to drop some solo tracks recently and they’re all fire. Check out “Making a Murderer” with guest raps from Styles P and production from 9th Wonder. #BARS.

So pumped that Maxwell’s sequel to BLACKsummers’night is finally about to drop. It’s been a long seven years waiting for new music from this man. Check out lead single “Lake by the Ocean” below and then go start a petition to get him to add a Minneapolis date to his upcoming tour right away.

Maxwell – “Lake by the Ocean”

I’ve been a little late to the party surrounding Anna Wise, the vocalist whose popped up on a ton of Kendrick Lamar standouts. She’s been dropping some solo stuff as of late and this “Precious Possession” track totally rules. The productions is great too.

Now let’s move into some Local Bonus Jam territory. The god Metasota just dropped his first vizual from his long anticipated RumDMT album coming out this May 1st. Check out the hilarious Pulp Fiction-inspired video for “Lake 80’s” below. 2016 is Meta’s year for sure. So much new music dropping.

Sarah White just dropped her fantastic Laughing At Ghosts EP and released a video for “Siren” at the SAME DAMN TIME. Excited to give this some more listens. Really loving the track with Lady Midnight.

You know I couldn’t end things without shedding some light on this new Bobby Raps and TIIIIIIIIIIP Hamburger Helper monster smash hit. This song is legit a complete HEAT KNOCKER and my kids all love it too. Bobby’s on one right now, the world is not ready.

Alright that about does it for this post. We officially moved the Mader Party of Five into our new digs over the weekend after a whirlwind couple of months getting our house ready for the market, looking for a new house, selling our old house, buying our new house, yadda yadda yadda. Soooooo relieved and excited to be starting this next chapter down by the river. I promise there’ll be Bonus Baby Pics next week once the dust settles a little more, but for now just know that Penny loves her new peach-colored room enough to actually sleep in it at night. GAME CHANGER. Here’s a quick pic at the end of our first night at the new place. Steely Dan and Vodka Redbulls and manly man tearz. The only way to ring it in. 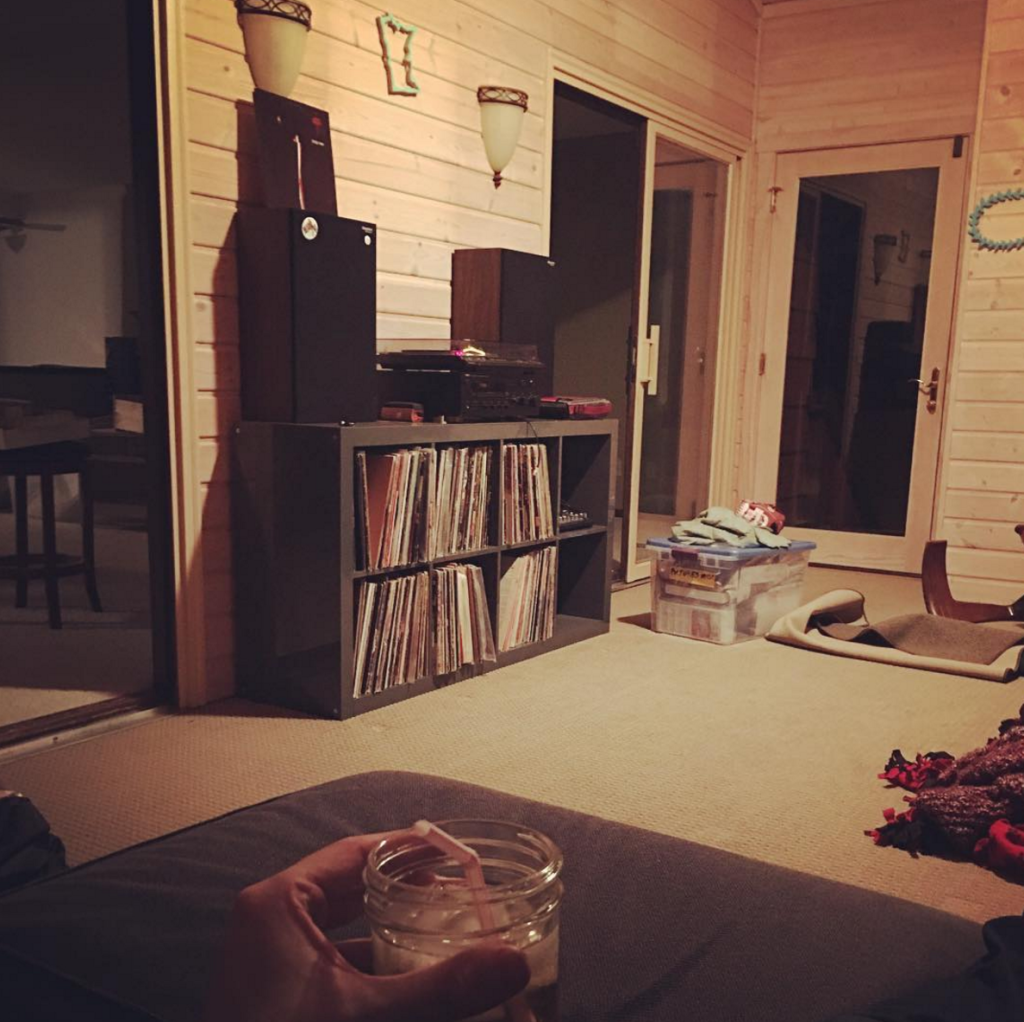 BAM. I hope you all have a wonderful week. Go Warriors. See you next Tuesday!