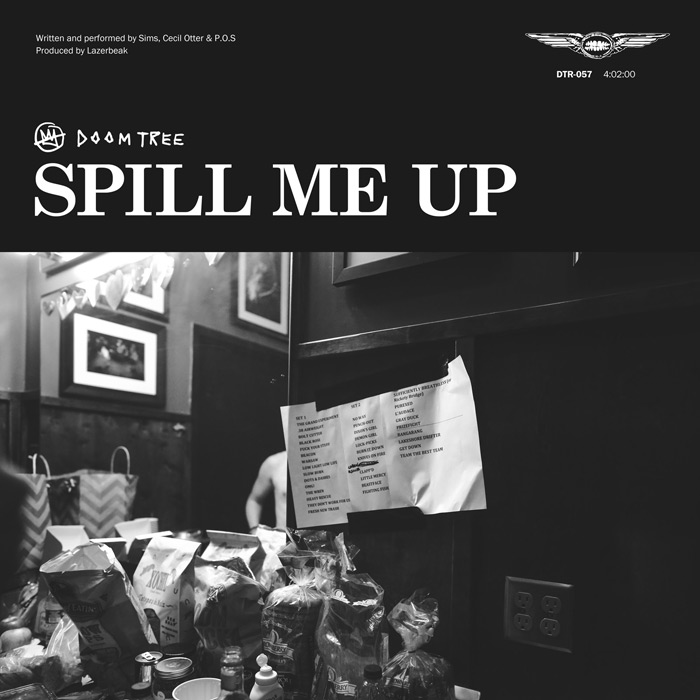 YESSSSS!!!! The good people over at The AV Club just world premiered a brand new Doomtree single! This is the first new crew music that we’ve released since 2015’s All Hands album and I for one am extremely PUMPED about it. “Spill Me Up” features vocals by Sims, Cecil Otter, and P.O.S and is actually the first time EVER that the three of them have appeared on the same song together as a trio. HISTORY IN THE MAKING. Production is handled by yours truly and this thing is a total heat knocker if I do say so myself. One of my favorite beats. Shouts to Andy Lund for designing the cover and Zoe Prinds-Flash for the Last Blowout Ever photo. Check out what The AV Club had to say about the song right HERE and then check it out on the Soundcloud player below. We got another one!

Everyone in the crew is extremely hard at work on new solo music this year and we’ve got an action-packed summer of new songs for you coming up here. Definitely stay tuned. In the meantime, pick up “Spill Me Up” on iTunes or Bandcamp, bump it as loud as humanly possible, and help us spread the word if you get a second. Thank you!!!