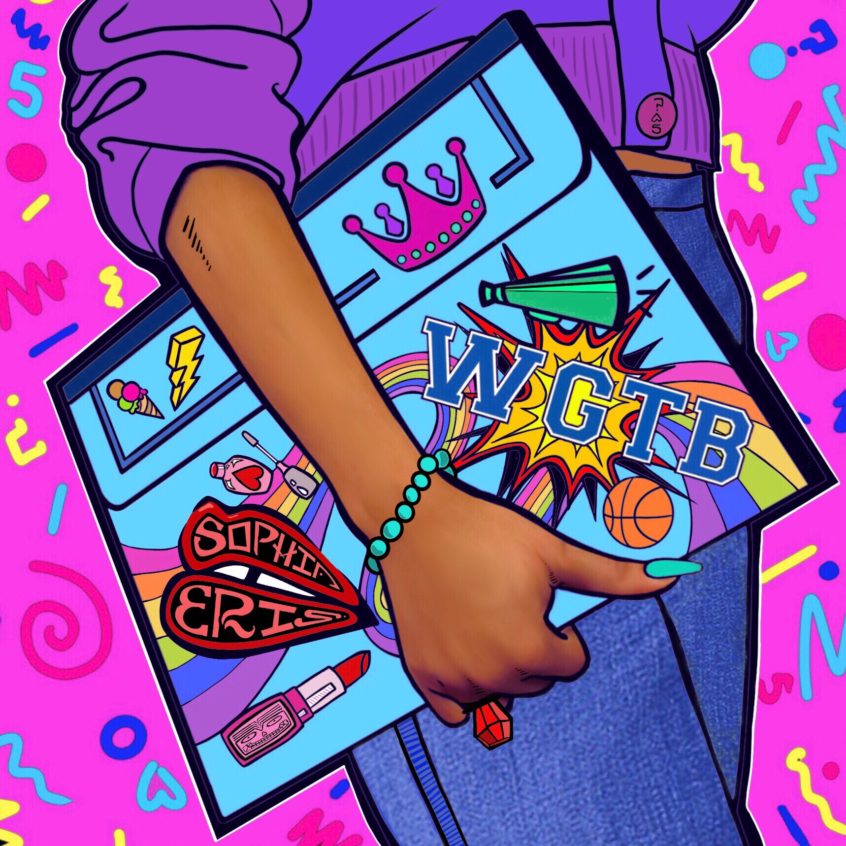 Oh man have I got an epic edition of Tuesdays With Lazerbeak for you today. So much to cover as we cruise straight into the holiday season, but how about some new music to start things off? I am beyond amped to announce the debut single from Twi Cities superstar Sophia Eris, produced by myself and Bionik. It’s called “Who’s Got The Boom” and that’s the super rad artwork for it below. 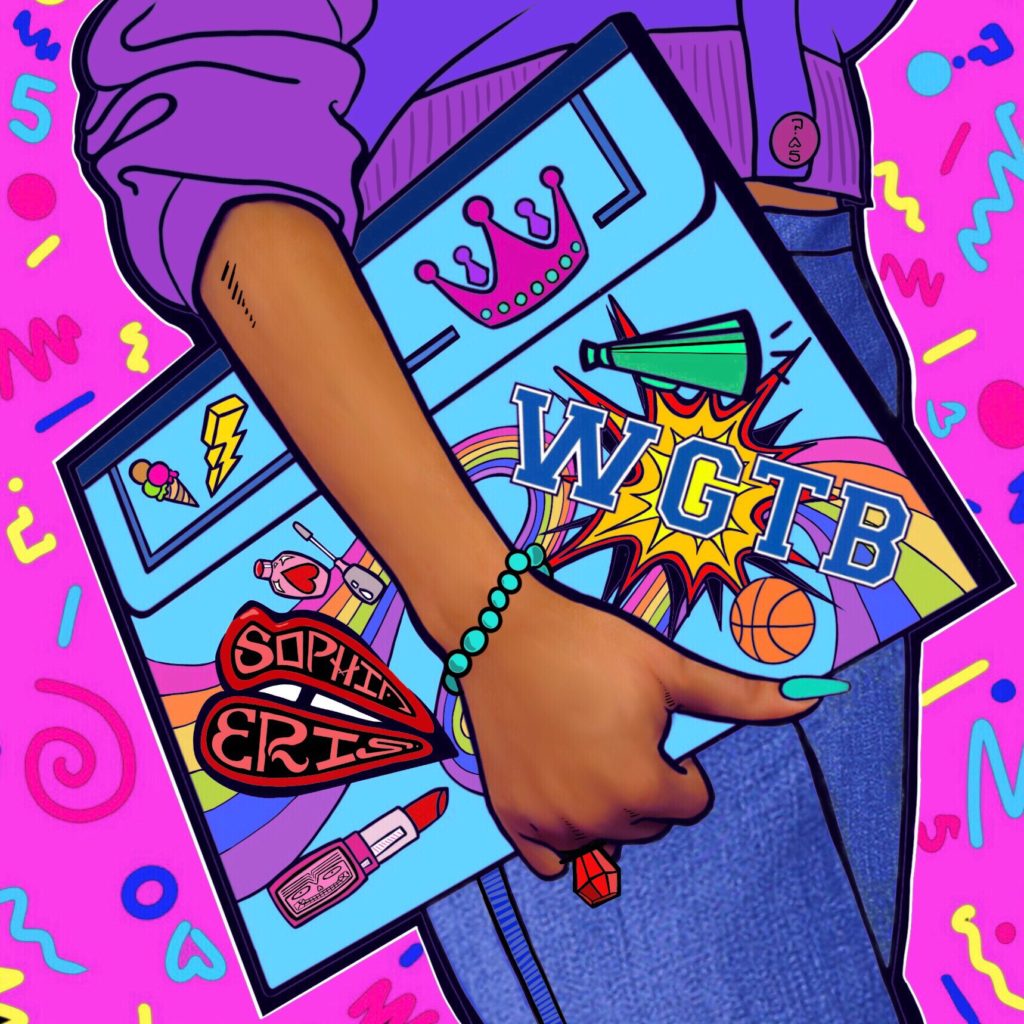 Sophia, Bionik, and I have been hard at work on a ton of new music since the summer and this is the first little teaser that we’re dropping before the new year. Enormous shouts to HipHopDX who just world premiered the track right HERE. Check out the song below and click HERE to bump it on every single streaming format known to mankind. Help us spread the word!

Could not be more proud of how this one turned out. Sophia will be performing “Who’s Got The Boom” live for the first time ever on December 23rd at her headlining First Avenue gig with DJ Advance. Check out the deetz below and grab your tickets HERE. 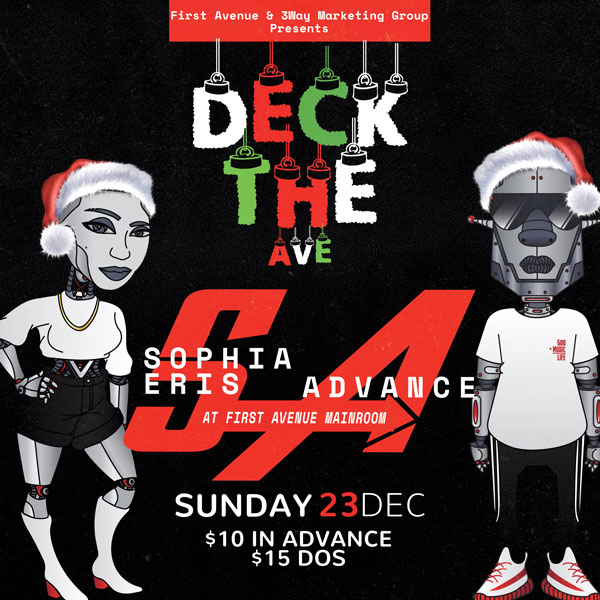 Last week saw the release of the debut Ultra Suede album on Doomtree Records, and what an album it is. Produced by the trifecta of MAKR, DJ Fundo, and AJAB, the record features guest vocals from an absolute smorgasbord of Twin Cities talent including Doomtree’s very own Sims and P.O.S, along with Dwynell Roland, RP Hooks, Moncelas Boston, ShowYouSuck, J. Plaza, Sophia Eris, Mina Moore, Nona Invie, Dem Atlas, Corey Lawson, and RONiiA. Check out the artwork and stacked tracklist below. 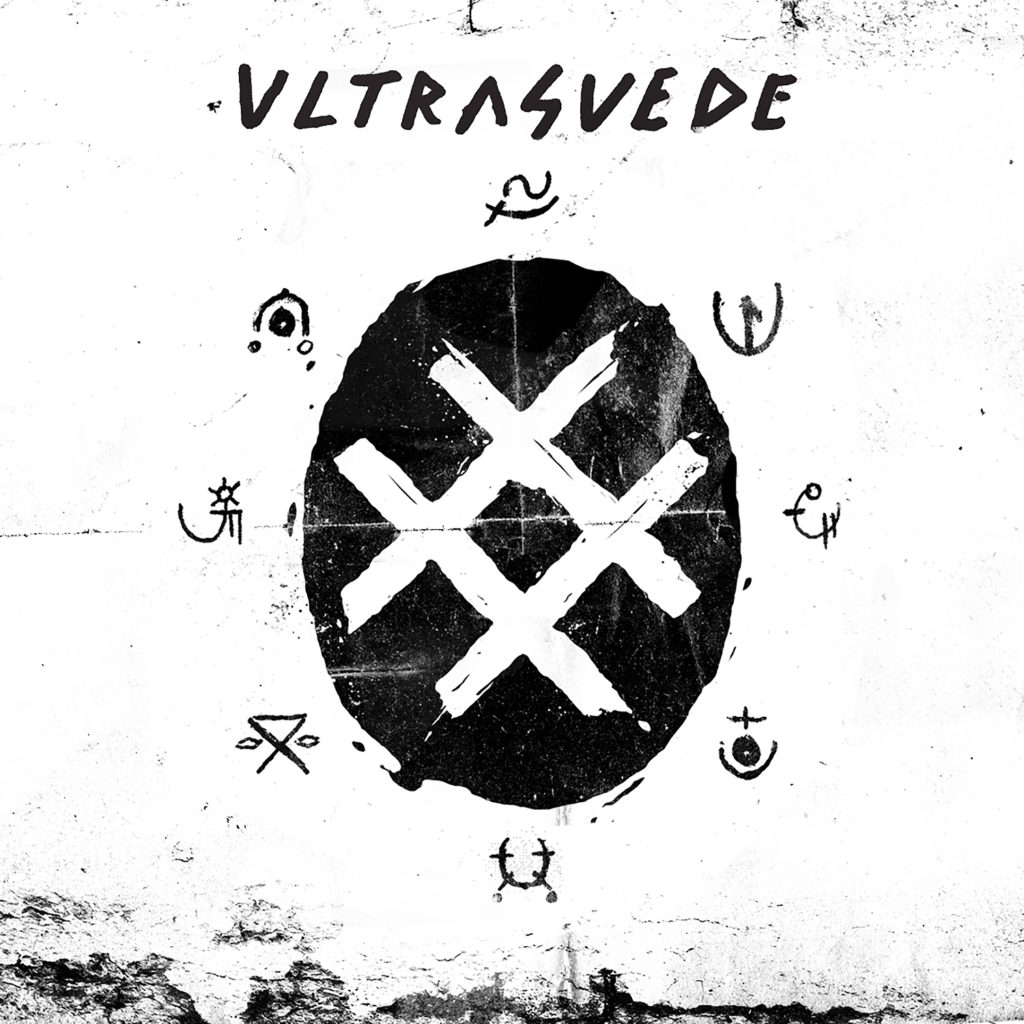 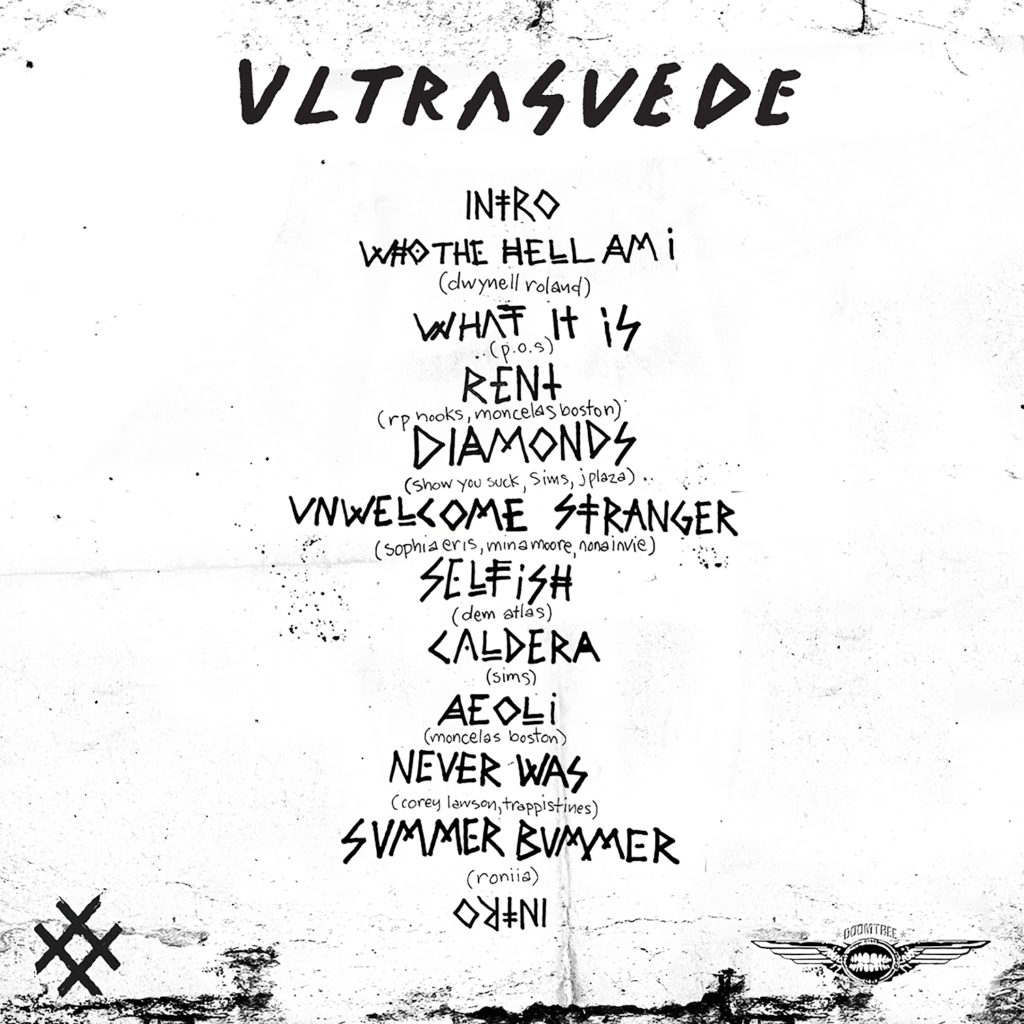 You can listen, stream, and buy the album from all digital platforms right HERE.

And if you’re more into material goods, you can also buy this super sweet Ultra Suede Merch Pack. It comes with a t-shirt, bandana, lighter, sticker, and immediate download of the full record. Way tight. Rep Ultra Suede and grab yours HERE. 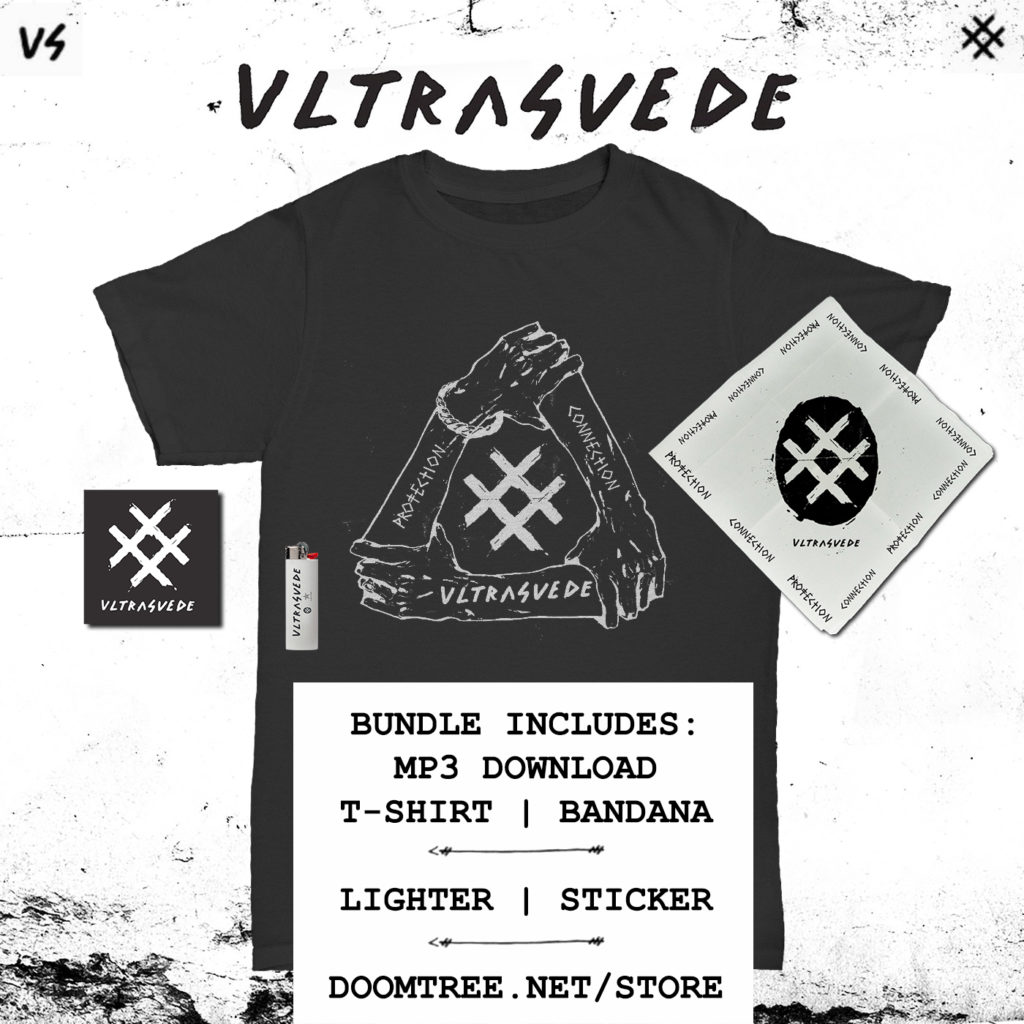 In celebration of this incredible release, we’re extra happy to announce a huge Ultra Suede release show this December 20th at Icehouse in Minneapolis. Fundo, Makr, and AJAB will be performing the record in its entirety with all of the album’s guests on stage, plus their will be additional mini pop-up solo sets from Sims, J. Plaza, ShowYouSuck, Longshot and Lazerbeak (that’s me!), with even more special guests announcing closer to the show. Check out the flyer below and grab your tickets HERE before they’re gone. 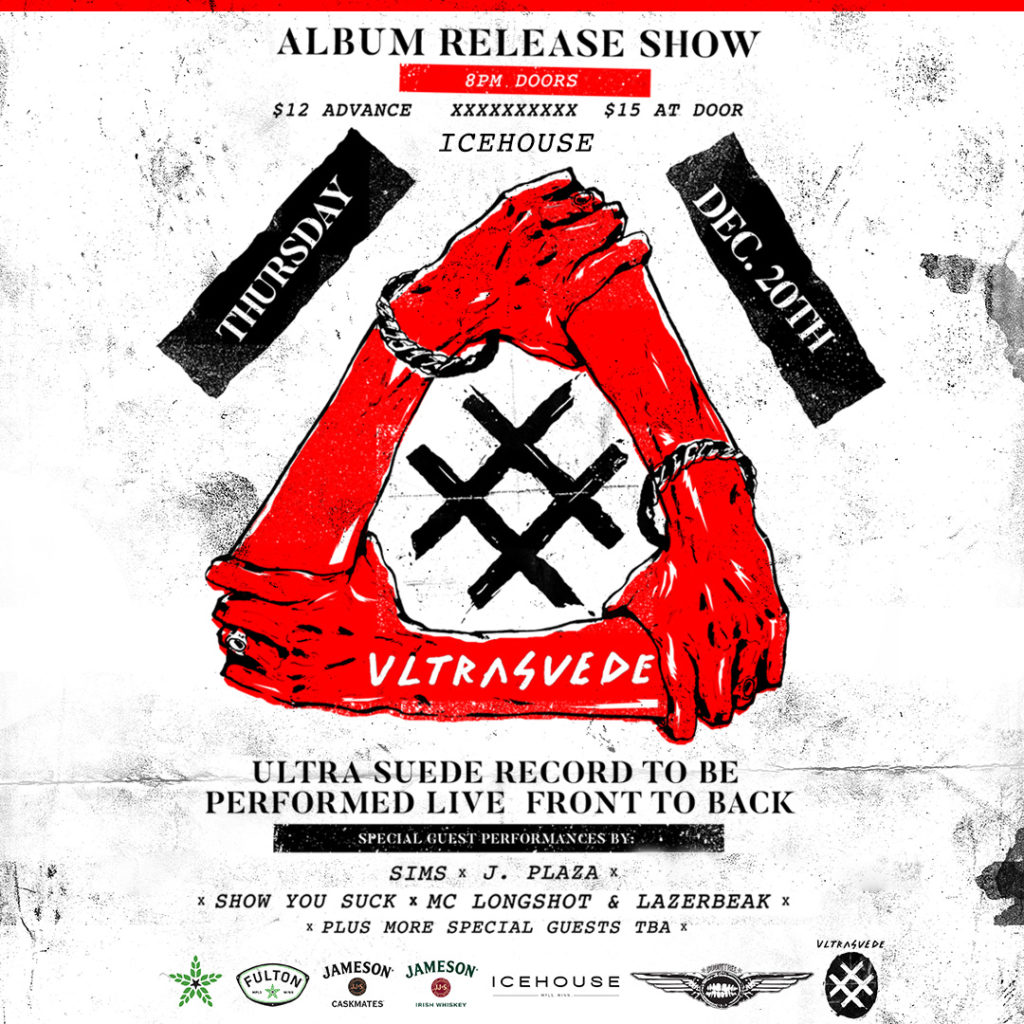 And as we count down to the big release show, Ultra Suede will be dropping little behind-the-scenes videos on the makings of all these bangers. Here’s Fundo and MAKR getting tipsy at Fulton Brewery and talking about the first track “Who The Hell Am I?” featuring Dwynell Roland.

Speaking of awesome new releases (SEGUE!!!), the special 10-year-anniversary vinyl reissue of the first two Doomtree crew albums will officially be released this Friday the 14th. There’s still time to get your Collectors Edition and Bundle packages from the Doomtree Webstore. Check out all the crazy bonus items that come with the Collectors below and grab your copy right HERE. Makes for an absolutely fabulous holiday gift too. 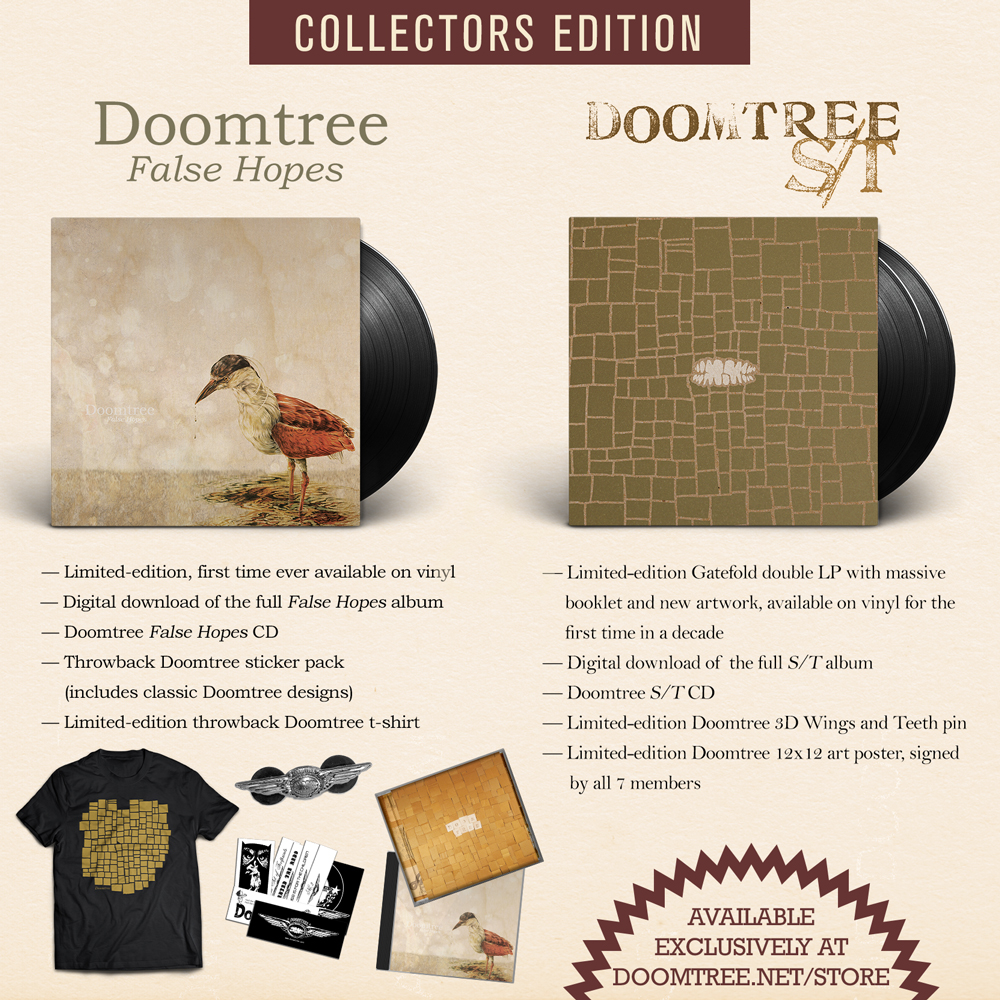 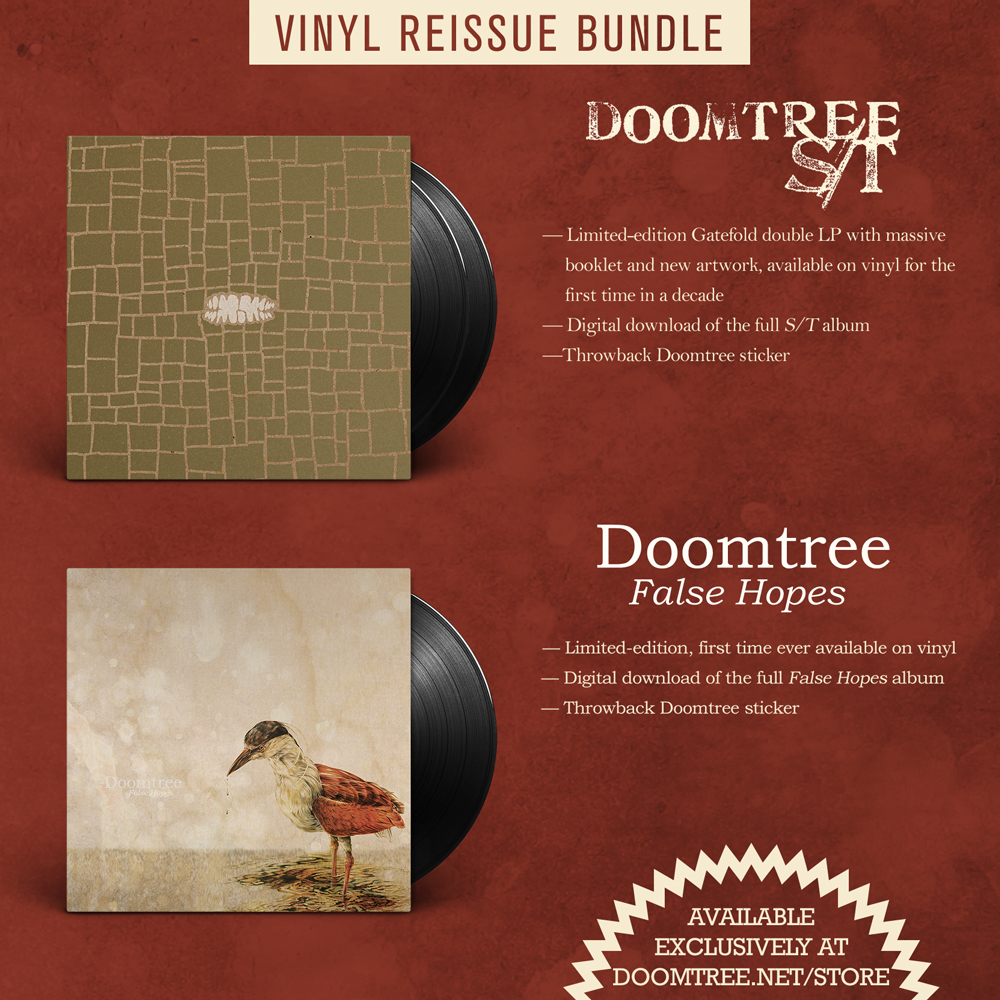 Sims and P.O.S recently sat down at the Shredders Cabin to walk down memory lane and open up the first copies of these new reissues. Check out their behind-the-scenes stories and memories below, get a first glimpse at the incredible design and packaging courtesy of founding Doomtree member MK Larada, and grab these records before they’re gone!

OK I believe that’s it for this week’s Doomtree-related news, which means it’s time for an extra JAM-packed (pun very much intended) edition of Tuesdays With Lazerbeak Bonus Jams.

We had a Shredders cabin writing session last week and so I inevitably ended up listening to a ton of awesome new rap music to get in the spirit. This new EP from Black Thought and Salaam Remi is a definite highlight of 2018 for me. Thought dropped TWO fire EPs in one year in addition to his day job at NBC and his constant touring with The Roots. This guy has been in my Top 5 Rappers list since I was in highschool and I don’t see that ever changing at this rate. He’s almost 50 and I would argue that he’s only getting better. Bars for eons.

Next up is JID who just dropped off this fire DiCaprio 2 mixtape. I’m excited to check more of this out, but this “Off Deez” track in particular is a slammer. I give J. Cole a ton of hell usually but he goes IN on this one.

That new City Girls album is excellent and this “Twerk” song with Cardi B is an absolute highlight.

Joey Purp just dropped off this club-ready “Elastic” single and it BANGS. Love it when he raps over these types of beats.

Huge shouts to Meek Mill on his triumphant return. That new Championships album is super solid and of course all everyone including myself can talk about is this Rick Ross and Jay-Z collabo over the classic “What’s Beef” Biggie beat. Really great.

Not sure if I ever posted this entire Tierra Whack Whack World visual EP, but it’s absolutely worth checking out. I didn’t love this album as much as everyone else, mainly because I thought the songs were just starting to hit their stride at the one minute mark and I would get super pissed when then they’d just cut out into another track, but combined with the visual EP this concept totally works and I’m now back on board.

I’ve been loving all the singles that Ari Lennox has been dropping this year, and this new one “Pedigree” is no different. Here’s hoping there’s a full-length in store for us sooner than later.

Tone Stith just dropped an excellent new EP last week. I didn’t love the Quavo collabo at the top, but the rest of these beats and vibes are excellent. Huge fan of this guy.

Trey Songz released a double album on his birthday at the end of last month and it’s really good. My only slight issue is who the hell has the time to listen to a double album in the fourth quarter with so much music new being released at breakneck speeds. No complaints though, and this Jacquees collabo is definitely a standout.

Now for some MN Bonus Jams to close things out. I’m extremely excited for the debut album from Dua Saleh who dropped lead single “Warm Pants” last week. Shouts to Psymun on the beat too! They have a great chemistry and I can’t wait to hear more.

Lady Midnight and producer Mike The Martyr teamed up to drop this fire Midnight Special Vol 2 tape a few weeks back. Loving this one. Lady Midnight is one of my favorite artists coming out of the Twin Cities and I can safely say that the full-length she’s got on deck is an absolute game changer.

And speaking of Lady Midnight (SEGUE II!), here she is again on the new single from Bain. Huge shouts to Davis Bain and Afrokeys on completing their new album Around The Sun. I’ve gotten a sneak peak of it and it is truly excellent, some of the best classic sounding R&B coming out of this region hands down. They’re running a Kickstarter through the end of the week to help with the manufacturing of the album. Check that out HERE and help support great local and independent art.

Muja Messiah and OG Grip just dropped a great visual off their new MuOg project. This one features Remo Williamz and was produced by Emazin. Check it out below.

Here’s a brand new single from The Cactus Blossoms and it is a certified SMASH. I have a strong feeling these guys will be taking 2019 by storm. Loving this one.

And lastly, you know I gotta pull a Circle Of Life and end this post exactly how it started up at the top. Insanely excited to have this new Sophia Eris single out in the world. Bump “Who’s Got The Boom” as loud as you can and please tell a friend. We got another one!

BOOOOOOOM! That’s it for this post. I hope you all have a lovely week knocking out all that holiday shopping and I’ll see you back here next Tuesday for a massive year-end Tuesdays With Lazerbeak wrap-up.