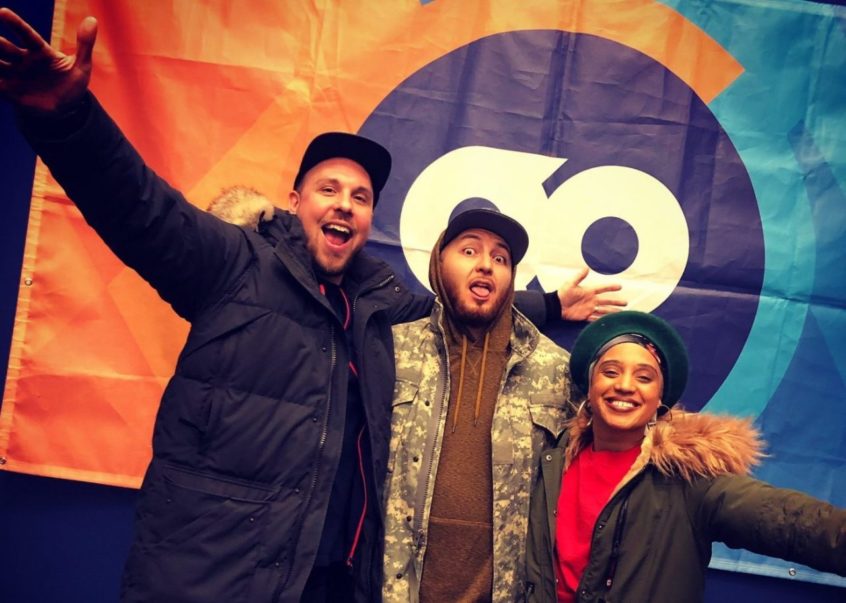 Hello and welcome back to another jam-packed episode of Tuesdays With Lazerbeak. Lots to cover today, so let’s kick things off with some brand new music! I recently got the opportunity to remix my favorite song from Winnipeg-based band Royal Canoe. It’s called “RAYZ” and is off their excellent new album Waver. Check out the remix below and the original track underneath that. I had an absolute blast with this one.

Luther has officially been out in the world for just over a week now. Last week I popped into the Go 95 studios in Minneapolis to chop it up with morning co-hosts Auggie 5000 and Sophia Eris. We took a magical journey throughout space and time and discussed the making of Luther and all sorts of the various mindfulness practices that have been helpful to me these past few years. I even got them to try out meditation. Check out the full video below. Big time shouts to Zeke Salo for putting it together and rocking those leather sweatpants like only he could. 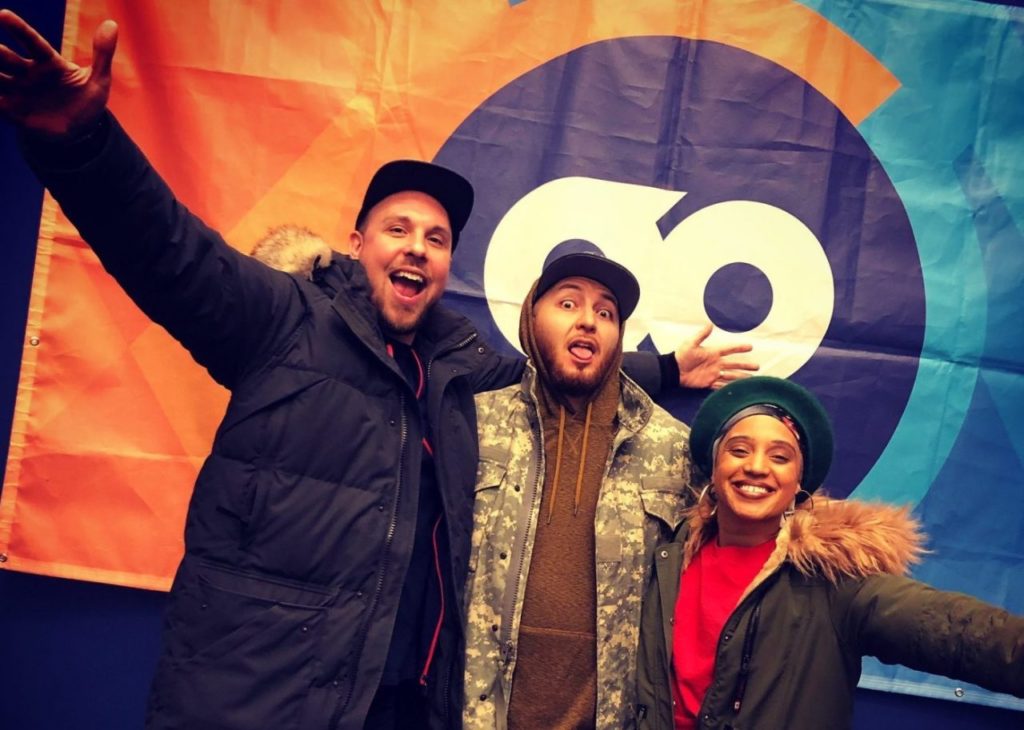 I also rolled out another one of these Luther song breakdowns over the weekend. This time I tackled “Retreat,” broke down all the different elements, and once again spent most of the time talking about saxophones. I just love them. Check it out.

Time for another #LUTHER song breakdown! This one is for the leadoff track “Take Time” and it’s one of my favs. Check out the full song and album here: https://t.co/zl1QTD13xM

Thanks for listening, sharing, and supporting. Have a great weekend! pic.twitter.com/SOoW4IbBjP

I’m gonna be doing a lot more talking about the making of Luther at the official album release party next Friday, March 8th (SEGUE!). In addition to breaking down the inspiration behind the record, I’m also gonna be bringing out TYTE JEFF’s own Jeff Allen, my best friend since 7th grade and partner in crime in The Plastic Constellations, to play a couple of new guitar songs we’ve been working on together and dust off an old TPC! classic. And there will most definitely be a rap party. Gonna bring out a bunch of rappers I’ve worked with over the years to perform different selections from my discography. Longshot, Mixed Blood Majority, Sophia Eris, and lots of Doomtree members will be in the building. Grab your tickets HERE and come join us at the Parkway Theater on the 8th!

P.O.S is fresh off of his Never Better anniversary tour and due to such popular demand on the tour merch, we decided to reprint a few of the gold-foil Never Better shirts and screenprinted posters. Check out the goods below and grab them from the Doomtree Webstore HERE before they’re all gone.  We won’t be reprinting these again. 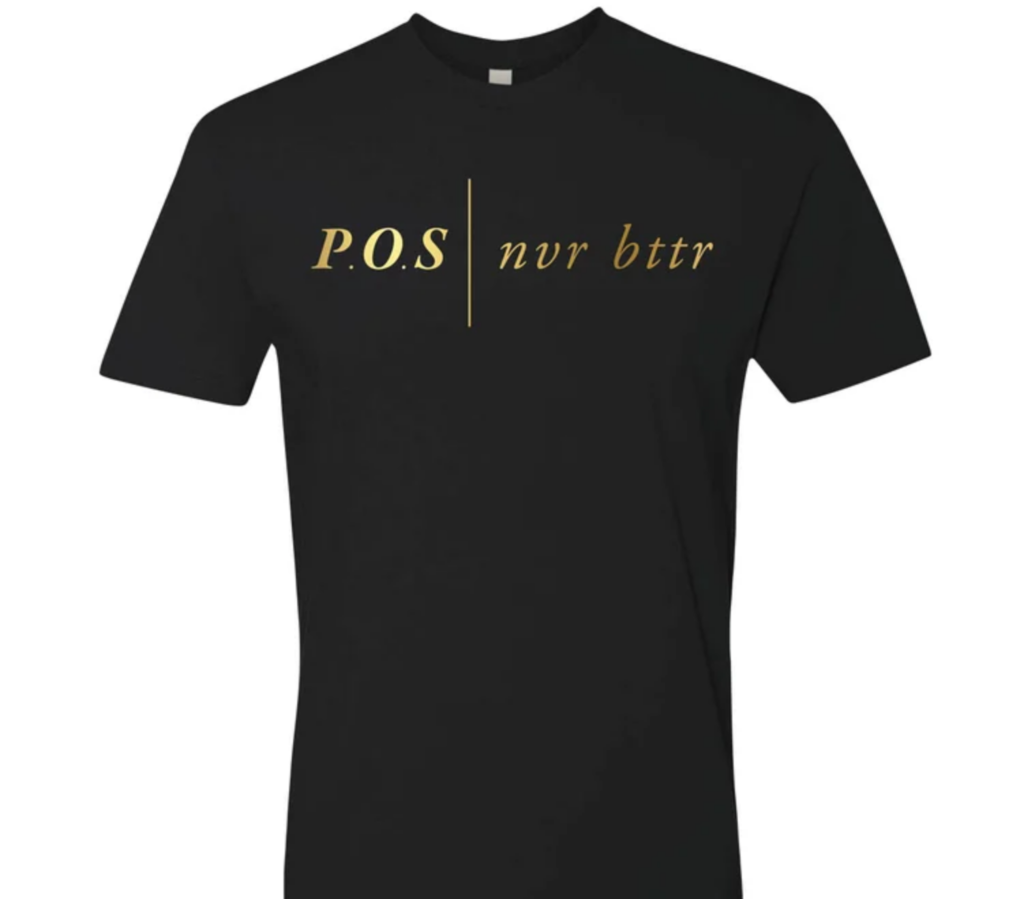 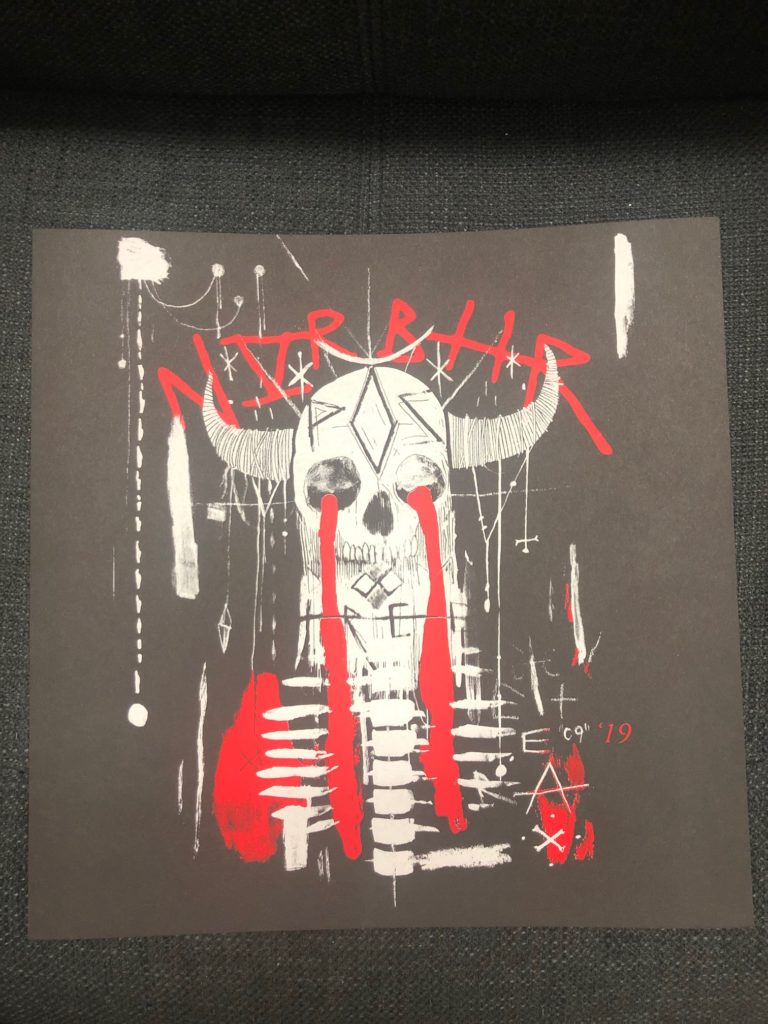 Dessa’s Chime album officially turned one years old on Saturday and you know there had to be cake. Here’s a sweet video (pun very much intended) that our guy Keegan Burckhard put together that breaks down the last year on the road. Congrats to Dessa and the band on a huge year!

Alright, that does it for Doomtree-related news this week. Guess that means it’s time to jump into another round Bonus Jams! Kicking things off with what I can already tell is gonna be a very serious contender for album of the year: Kehlani’s new mixtape While We Wait. She made and recorded this thing in the last few months when she was allllllll the way pregnant and it is absolutely incredible. Check out new single “Nunya” below.

This next one is not a new Bonus Jam at all, but I accidentally stumbled back onto dvsn’s excellent 2016 debut album this past weekend and unlocked a new level of awesomeness. Holy moly this whole record is soooooooo goooooood. Just a reminder that it more than stands the test of time.

lophiile continues to release music at a rapid clip. Fresh off the success of his group Radiant Children, he’s back with a new solo EP released by the legendary Blue Note Records. So crazy. Check out “You’re Gonna Need It” featuring a great performance from Jesse Boykins III. This whole record rules.

Freddie Gibbs and Madlib finally released news of their upcoming project last week and threw the internet into a tizzy. Lead single “Flat Tummy Tea” is absolutely slamming. Can’t wait to hear the rest of this thing. Congrats, Amit!

Really into this new song from Vine star Lele Pons and singer Fuego. This “Bloqueo” track is a smash hit.

I was a big fan of Maren Morris’ last album and the new singles she’s been dropping have not disappointed in the slightest. Can’t wait to hear what else she’s got up her sleeve. In the meantime, bump this “The Bones” track and get amped.

Mike Krol’s new album has been rocking me out of the winter doldrums these past few weeks. This is the loudest thing I’ve heard in awhile and always puts a smile on my face whenever it comes on. Check out “Little Drama” below. Heavy duty.

Craig Finn’s new record drops in April and he’s already out on the road playing the new songs live. Here’s a beautifully shot video of the live premiere of new single “Blankets” at the Murmrr Theatre in New York. So cool.

Let’s dive into some more Minnesota Bonus Jams since this state doesn’t ever stop putting out great music. Huge congratulations to David Huckfelt of The Pines on releasing his new solo album Stranger Angels. This is a really wonderful record and you can tell a ton of care went into the making of it. Check out the new video for “Heart, Wherever” below and grab the album HERE.

Our dear friends Aby Wolf and Eric Mayson have a new project together called Champagne Confetti and it is AWESOME. They just released their debut single “Beach Hawk” and I can’t recommend it enough. Very excited to see where this goes.

Big time shouts to K.Raydio and producer Shrimpnose on the release of their collaborative album …And The World Weeps. Check out the whole project below and grab yourself a copy right HERE.

Ashley DuBose recently linked up with production duo YNKE to release this great collaborative Back To Reality album. I love the direction they took with it. Monstrous songs. Check out the title track below.

Ashley DuBose & YNKE – “Back To Reality”

So many new albums! Alec Ness, the artist formerly known as Su Na, just released his debut under his government name and it is really really good. Check out the whole thing below.

And lastly, we’ve got a brand new two-song EP from our good friends Air Credits. Steve and Show have been hard at work on new material ever since they linked up with Sims and ICETEP for last summer’s Artería Verité album. Loving these two new songs, especially “Exhell” which features excellent vocals from the homies Psalm One and Angel Davanport.

BOOM! That does it for an extra long edition of Bonus Jams this week. As always, you can add the Lazerbeak Bonus Jams playlist to your Spotify library to listen to these songs whenever you want. I update the playlist every week with the latest songs I’ve been bumping in my trusty 2008 Honda Pilot. Subscribe HERE.

I hope you all have a wonderful week pushing through these final dreary days of February. See you back here next week for another round of Tuesdays With Lazerbeak!